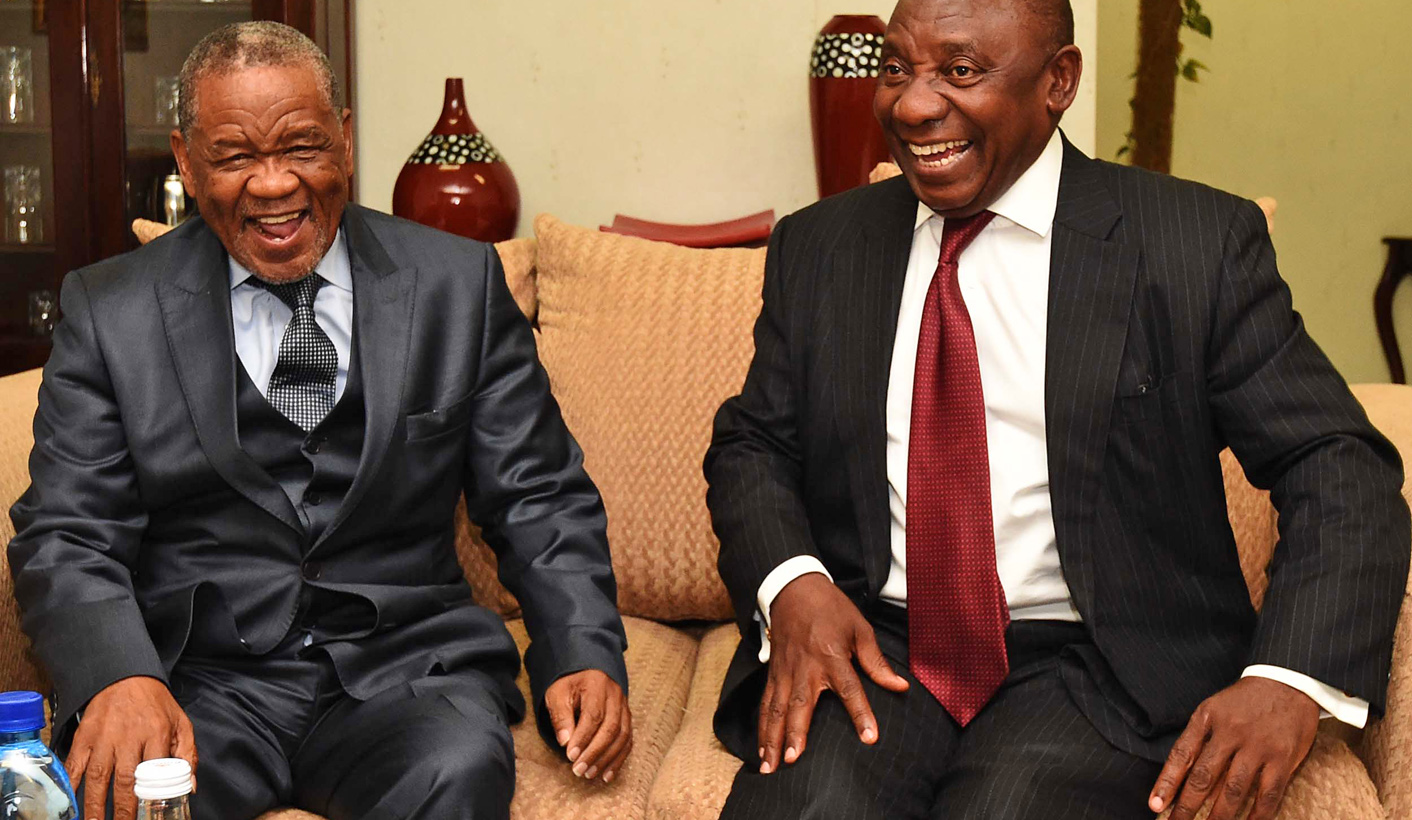 Last week’s agreement serves the short-term interests of Ramaphosa and Thabane, but can it save Lesotho?

He welcomed the signing as a “historic milestone that firmly set Lesotho on the road to reform” – that is, the major constitutional, security, political and other reforms long demanded by SADC. Nothing in Ramaphosa’s statement suggested he was conscious of the chaos raging all around him in the politics of this tiny but chronically troubled country – and which seems to make reform unlikely.

There was no sign of awareness that Prime Minister Tom Thabane’s ruling All Basotho Convention (ABC) was imploding. Or that Thabane was about to be fired as leader by a sizeable faction of the party, and replaced by Nqosa Mahao.

Thabane had also suspended Parliament indefinitely to prevent it from passing a motion of no confidence in him. And the prime minister was about to try to fire Lesotho’s Judge President for making a ruling in favour of Mahao’s faction of the party.

The ABC is riven by a series of overlapping conflicts and tensions. The most visible is resentment by many party leaders of the shenanigans of First Lady Maesaiah Thabane. She is widely dubbed the Grace Mugabe of Lesotho as she is nearly 40 years younger than her octogenarian husband and meddles just as vociferously in state affairs.

Deeper than the ABC’s discontent with Mrs Thabane, though, rages a succession struggle which seems to be experiencing a typically Lesotho problem. “It’s grown too big for all the patronage available to Thabane to dispense to everyone,” one observer put it drily.

That would be a variation of what may be the central cause of the country’s political instability. With very little economic activity and few private sector jobs, positions available in politics, the government and particularly the army and police, are that much more bitterly contested.

Ramaphosa’s mission was to prod the Basotho politicians into implementing the long-delayed reforms. In the process, though, did he also throw the drowning Thabane a political lifeline as some opposition leaders seemed to suspect? One of them insisted that Lesotho’s democracy could not be held hostage to reforms.

At a press conference after their meeting, Thabane hinted that Ramaphosa had indeed given him a new lease of political life by insisting that the Basotho should now focus on wider reforms instead of the immediate political ructions. Perhaps Ramaphosa’s greatest achievement was to get Thabane and the others to agree to re-convene Parliament by 5 August to pass the enabling legislation to create the reform authority they have agreed on.

Some observers believe that Thabane and his supporters are interpreting the reform-first imperative to mean Parliament should meet to adopt the legislation and then immediately dissolve again. Thabane’s opponents, however, could be interpreting it to mean that Parliament should first adopt the enabling legislation and then vote on a motion of no confidence in Thabane. Watch this space.

Before Ramaphosa arrived in Lesotho last week, the programme of constitutional, political and security sector reforms first demanded by SADC nearly five years ago had gone awry. Its aim was to stop the interminable cycle of assassinations of army chiefs, coups and other meddling of the security services in politics. SADC had even gone as far as deploying a peacekeeping force in Lesotho for a year to try to restore the stability needed for reforms to go ahead.

The country held a first National Dialogue in November last year to launch these reforms. The second dialogue was due in February but had been postponed a few times. SADC’s deadline for completing the overall reforms by the end of May this year has been missed by a mile.

Now, after intense and stern mediation during July by Ramaphosa’s representative, former deputy South African judge president Dikgang Moseneke, a new timetable has been agreed on by all the political parties.

Ordinary Basotho are seeing this authority as the last gasp for reform. They are hoping it will comprise mainly neutral technocrats rather than politicians and that that will give it some hope of success.

Nonetheless, it’s not hard to be a bit sceptical about all this, given all the solemn commitments to reform made by the Basotho politicians for so long, with barely a single reform enacted.

Last week’s agreement certainly serves the short-term interests of both Ramaphosa and Thabane. Ramaphosa needed to have some evidence that he was doing his job as Lesotho facilitator ahead of the next SADC summit in August.

Apparently, he had hoped to persuade the Basotho to hold the second National Dialogue before the SADC summit. That proved impossible because of the chaos in the body politic. The next best thing was the agreement on a timetable to hold it in September.

And Thabane got an agreement which at least temporarily distracted attention from his struggle for political survival – which he seems to hope might prolong his tenure, if he can somehow dodge that vote of no confidence. But whether Lesotho’s fractious political class can lift its gaze from its squabbles for positions and patronage to the loftier horizons of structural reforms is rather more doubtful. DM