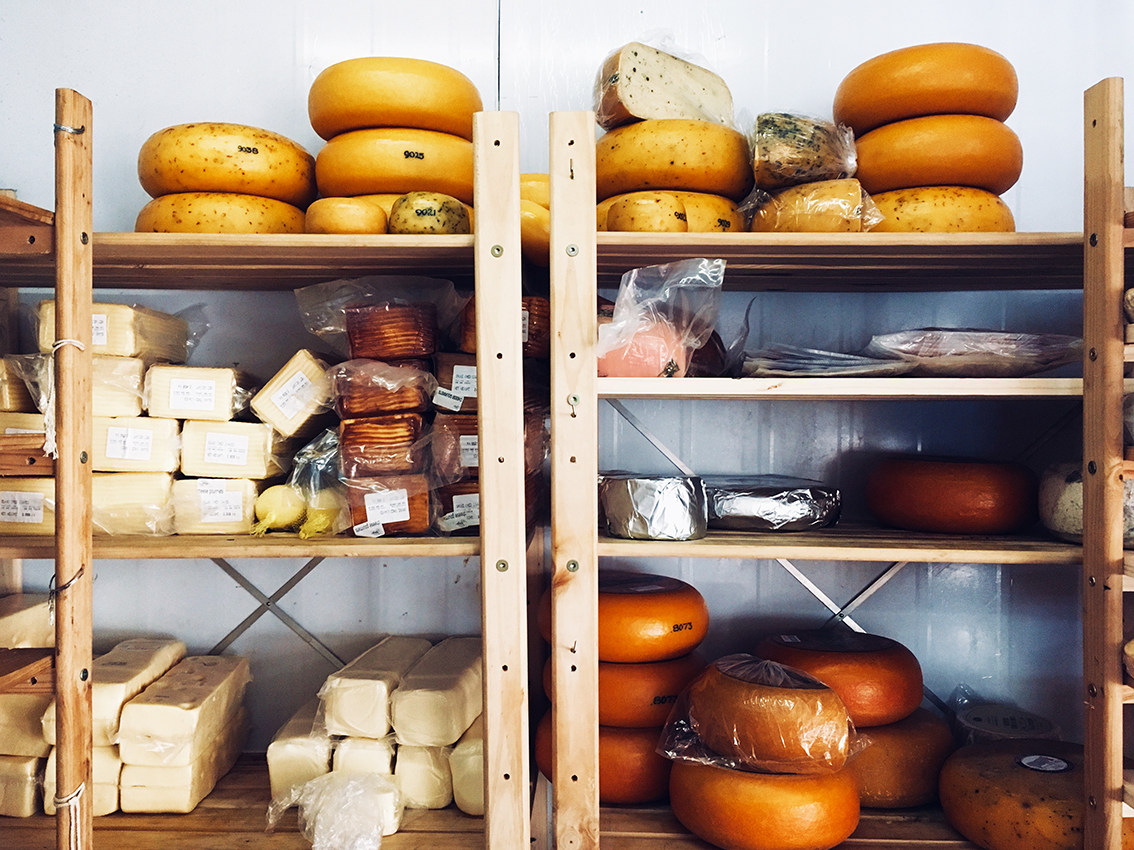 In Linden, we find Tangy Chèvre with a chalky finish. Creamy, buttery rounds of Brie. Sharp aged Cheddar that crumbles as you slice. We all have a favourite, but there’s one little shop in Joburg that stocks almost every local fromage. Say cheese to Linden’s Cheese Gourmet.

Cheese Gourmet is a well-known gem in the Linden suburbs. This charming shop, located on the corner of 3rd Avenue and 7th Street, has become a landmark in the area.

In the age of supermarkets and convenience shopping, owners Joanna and Brian Dick have managed to build a successful speciality store that primarily sells one product: cheese.

We’re not talking about any old cheese… the shop is home to over 140 different cheeses, from 45 South African farms. Their selection features fresh varieties like mozzarella and burrata, packaged cheeses like Camembert and Chèvre, and a bounty of harder cheeses like Provolone, Gouda, and Huguenot.

Almost every cheese in the shop is locally sourced. They stock just three imported cheeses (including an aged parmesan) but the team make sure to stock local equivalents for customers to choose from. In fact, their bestseller is not an imported French Brie, but rather our local Dalewood Brie made in Paarl – a smooth, creamy cheese with a soft finish.

The secret to a good cheese? Joanna Dick explains the formula.

“Texture. Flavour. It doesn’t have to be a strong cheese, it could be a very mild cheese. We have a cheese called a Caciotta which is made in Darling. It comes very fresh, it’s about a week old, and it changes its character daily. It’s probably my favourite cheese in the shop.”

“And then you go through to the Gruyères which are strong, nutty, salty, and they’re hard – it depends what you’re looking for in a cheese.”

This beloved neighbourhood cheese shop, with an adjoining café, had humble beginnings as a stall at the Irene Market.

When Joanna Dick was retrenched from her job in personnel management, she began selling artisanal foods like yoghurt and nuts to make extra money. This evolved into a stall at the Irene Market where the couple primarily sold hand-crafted wooden toys from a Cape Town supplier.

One day, one of the other marketeers approached the Dicks about a friend’s homemade cheese, and the couple decided to give it a shot.

“I’ll never forget… we spent R176 on cheese for the market, to come back and sell it. It got us quite a lot of cheese in those days, but it was a scary investment.”

The couple sold artisanal cheese at various markets for 12 years. In 2004, when their children started high school, the Dicks turned their weekend side business into a full-time job: they opened a permanent shop in Linden.

Through the decades, the couple has remained fiercely loyal to their suppliers. They still stock Tanglewood jersey yoghurt – 23 years after Joanna first started selling it.

Loyalty to both suppliers and customers has made Cheese Gourmet a success. Shoppers don’t simply come in, buy cheese, and leave. They engage with staff to discuss new offerings, learn about the product, and try a generous taster before committing to a slice.

“We set up the shop to represent our market experience. People enjoy that open, engaging experience.”

The concept of engaging with customers, and supporting local producers, is the foundation of the Slow Food movement. Brian Dick, an active member of the movement, is an ardent proponent.

“Slow Food is an organisation that’s found throughout the world – 160 countries at the moment – it’s a rebellion against the fast-food business.

“It’s a return to appreciation of traditional values. It originally started as an organisation to encourage people to go back to eating with family, to enjoy a meal together, and its evolved into something much more than that,” says Dick.

Cheese Gourmet, and other Slow Food advocates, aim to shorten the chain between producer and consumer. The Dicks enjoy long road trips through the country, discovering new dairy farms and the stories behind their producers.

The shop also supports local meat producers. Their charcuterie ranges from cured meats like lonza, salami and bresaola, to cooked meats like rosemary and mustard hams, to indulgent duck, chicken and salmon pâtés.

They stock freshly baked sourdough loaves and French baguettes, olive oils and vinegars, homemade jams and chutneys, marinated olives… the only thing missing is a bottle of Merlot. DM