After an Afcon of mixed fortunes, the future is bright (sort of) for Bafana 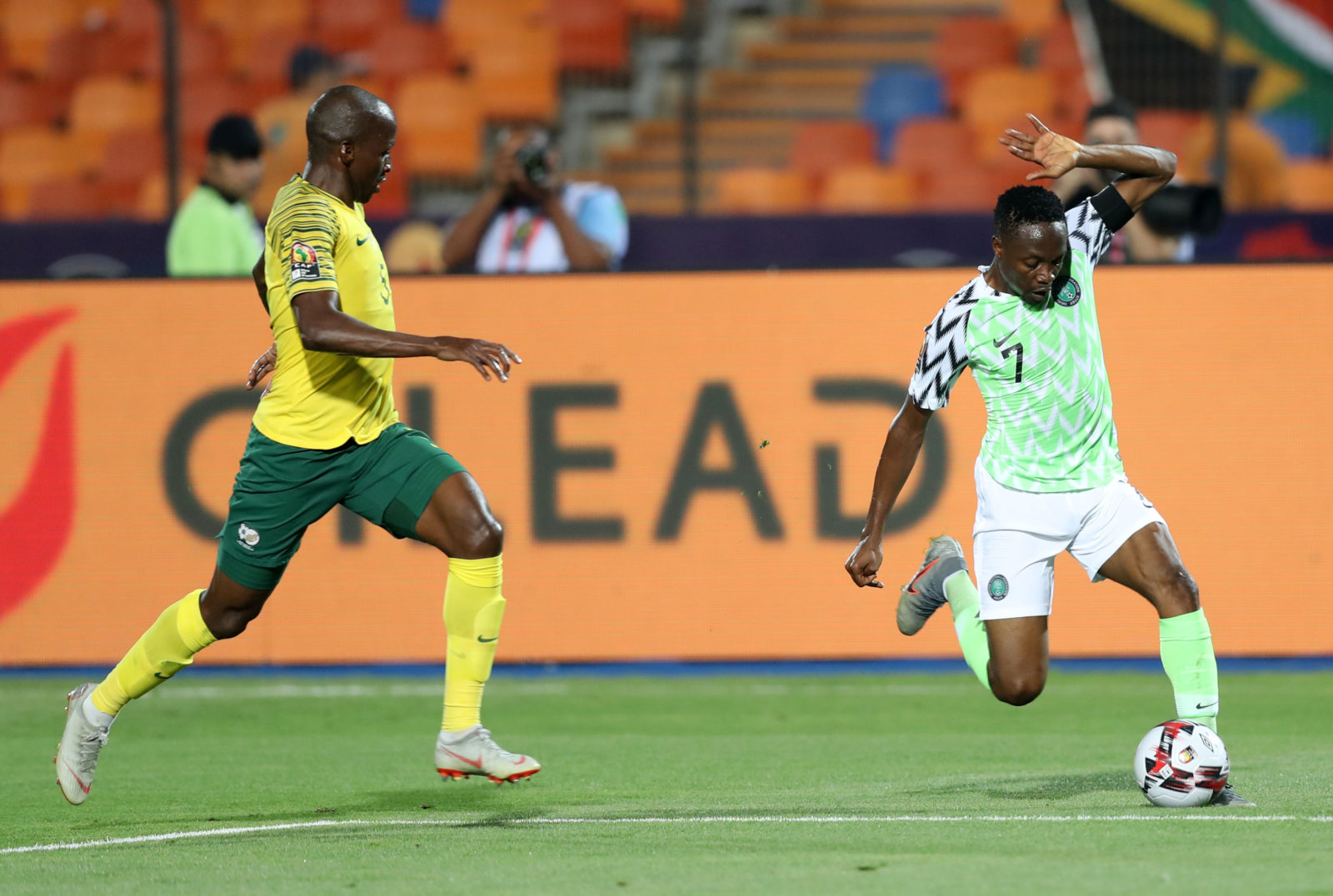 Bafana Bafana’s Africa Cup of Nations (Afcon) campaign was fraught with lows, perseverance, surprises, a climax with the upset of host nation Egypt, and ultimately, disappointment. However, the team returns home with their self-respect still relatively intact and will now shift their attention to world up qualification.

Bafana Bafana lost 2 – 1 against long-standing rivals Nigeria in the quarter-finals of the Africa Cup of Nations (Afcon) competition.

However, that disappointment will be measured, as very few supporters envisioned Bafana getting as far as they did in the first place.

Bafana might have qualified by a hair’s breadth for the knockout phase of the competition (this after they finished third in their group with three points from three games and made it through as one of the four best third teams), but against Egypt in the last 16 they played one their best matches in recent memory.

They showed hunger and desire from the minute the game started, pressing and hounding the Egyptians while staying compact and organised. It was a tactical masterpiece which bore fruit and left Egyptian football in disarray.

However, judging from Bafana’s performance against the Nigerians at the Cairo International Stadium, them vanquishing the Pharaohs was an act of a team with absolutely nothing to lose. They came into the match having been lacklustre in the group stage, having not managed a single shot on target in two of their three group games (against Ivory Coast and Morocco), before edging 1 – 0 past neighbouring Namibia.

The Egyptians, on the other hand, had breezed past opponents in their group, collecting maximum points from their three games. Add to that their home ground advantage and the tie was truly David versus Goliath.

And we all know how that story of David and Goliath finishes. Bafana stuck to the script, helped by the adrenaline rush of being the underdog in front of about 70,000 Egyptians roaring their heroes on.

This was summed up the South African hero on the night, Thembinkosi Lorch, who said after the game: “I was shocked hey, I thought it wasn’t a goal (because of the silence of the stadium)… Normally when you score people are celebrating. But it shows that we obviously didn’t have our support here.”

Against Nigeria, that feeling of proving the doubters wrong, of silencing the noisemakers and critics wasn’t as pervasive, if at all.

In Nigeria, Bafana saw an equal, not a superior or inferior opponent. And that was their downfall. The approach was too pragmatic, from both teams. And for the first 20 minutes or so it was just a sparring match with no one really wanting to make the first move. Arguably, had the South Africans come out swinging, they would’ve comfortably beaten the Nigerians on the night. As it was, there was none of that fight and the performance was flat throughout.

Bafana coach Stuart Baxter summed it perfectly when reflecting on the game in the aftermath of his team’s exit.

“I thought in the first half we weren’t brave enough, brave enough to get on the ball in tight space, and brave enough to press higher. In the second half we tried to do that better, and we managed to get better, more mobile possession which gave Nigeria more problems, but we still couldn’t find that last strike on goal,” said Baxter.

Despite Bafana chasing the game for most of the match, Baxter chose to play it safe with like-for-like substitutions; first when he took Thembinkosi Lorch for Themba Zwane, then again when he brought in Lars Veldwijk for Lebo Mothiba. He could’ve sacrificed at least one of his trio of central mid-fielders for an extra attacking player to take the game to the Super Eagles. And with the likes of Thulani Serero and Sibusiso Vilakazi on the bench, he was not short of options.

Having said that, Bafana did manage to qualify for Afcon after having failed to do so in 2017, and a few other times before that. Not only did they qualify, but they finished the qualifiers unbeaten in six matches – and conceded only two goals. And against Egypt they showed the huge potential they have to play exciting, winning football when they put their minds to it.

Bafana Bafana will now shift their attention to qualifying for the 2022 World Cup in Qatar. Excluding the automatic qualification that came with being World Cup hosts in 2010, South Africa last qualified for a FIFA world cup in 2002. They’ll be looking to get that monkey off their back when African qualifying commences in October 2019.

The question of whether Baxter will still be the captain of the Bafana Bafana ship as they embark on that journey still lingers, however, with many fans calling for his head, while others ask whether yet another change of coaching staff will really benefit Bafana going forward. DM