Lesson from Marikana: The other side of above-inflation pay rises 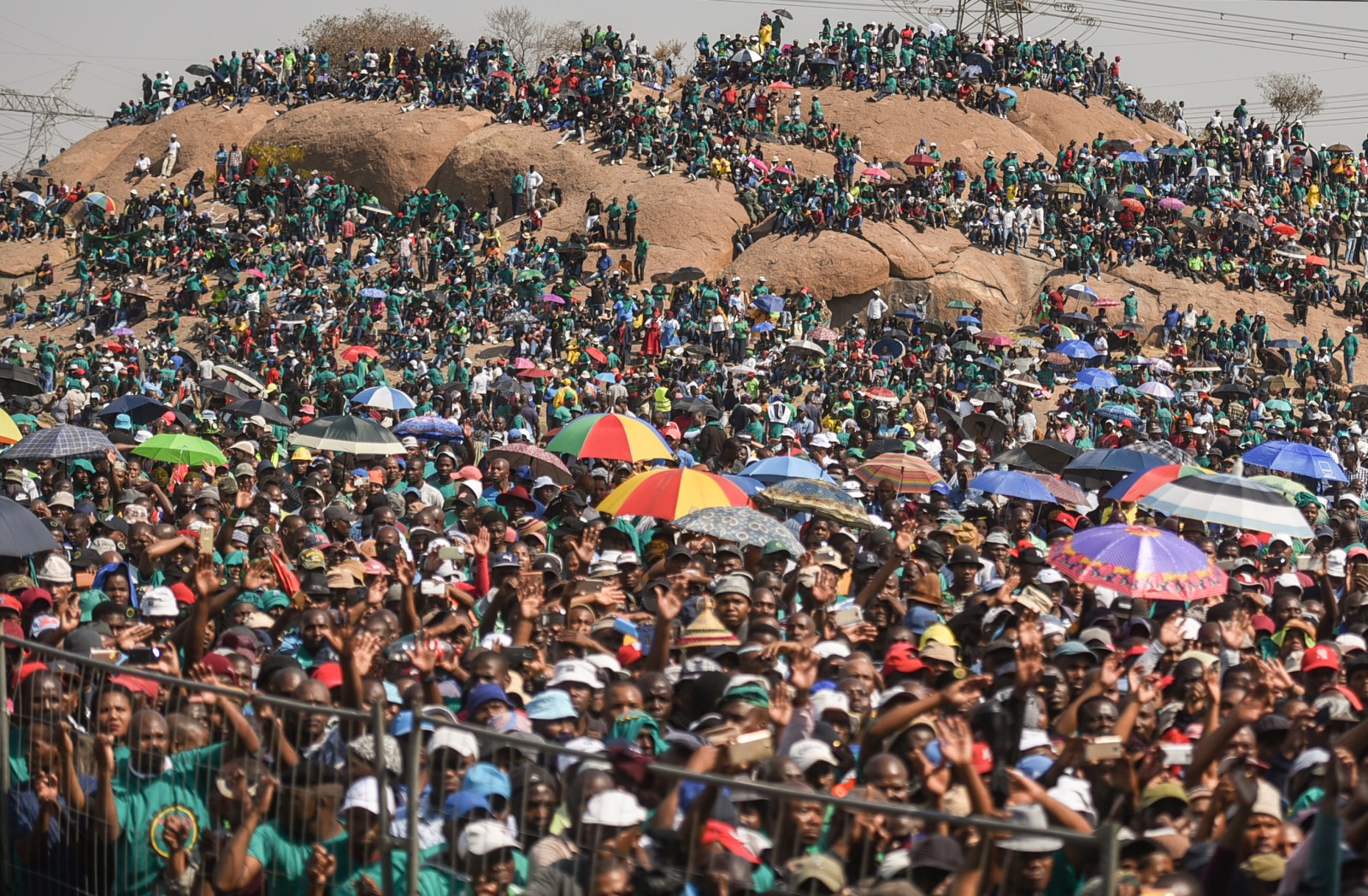 Mounting debt levels among mine workers are seen as a key factor behind sky-high wage demands and tensions on the Platinum Belt. Unpublished data regarding Lonmin presents a more nuanced picture. For several years before debt levels started spiking, Lonmin’s lowest-paid workers got above-inflation pay hikes, which rendered them able to consume on credit.

Platinum wage talks are upon us again and the Association of Mineworkers and Construction Union (AMCU) is in fighting mode, with demands for raises of up to 50%. One of the factors often cited to explain this militancy is worker debt and the garnishee orders that are enforced for compliance, which can see much of a miner’s monthly pay diverted to creditors. The general narrative is that this fuels wage demands, with workers aiming for an increase that achieves the twin objectives of bringing home more money and paying off debt.

But what came first: the debt levels or the pay hikes?

One clue I gleaned to this puzzle was from an unpublished report provided to Business Maverick by the NGO Mining Dialogues 360. In the wake of the 2012 Marikana massacre, it was asked to compile a report for Lonmin on the economic and social conditions around its operations. (Because it was confidential, with proprietary information, it has been kept under wraps. But Lonmin has since been swallowed by Sibanye-Stillwater so the contents can now be made public).

The 2013 report, The Social and Economic Footprint of the South African Mining Industry: The PGM Sector – Lonmin, provides an illuminating look at Lonmin’s activities and finances, as well as the socio-economic backdrop, to the run-up of the violent events of August 2012.

One of the items that catches the eye is the pay raises that were agreed upon in the decade before the mayhem. Off a very low base, from 2003 to 2011, Lonmin’s rock-drill operators – who became AMCU’s core support base – received above-inflation wage increases every single year, which often meant double-digit hikes. Some years the gap was not big – in 2007, their pay rise was 10%, while average CPI inflation that year was 9%. But in 2008, when CPI averaged 9.5%, they got an 18.4% increase in wages, almost double the inflation rate.

And then an interesting thing happened – worker debt levels began to become more burdensome and troublesome, not less, despite a clear rise in income levels.

“The incidence of emolument attachment orders (EAOs) among Category 3-9 employees at Lonmin is relatively high and … has grown over the past five years from 12.6% in 2008 to 16.3% in March 2013,” noted the report, whose authors were provided with access to Lonmin’s payroll data.

What appears to have been unfolding – and this, admittedly, is a hunch (and not a conclusion drawn in the report) – is that successive wage growth that accelerated beyond inflation provided many of these miners with, probably for the first time in their lives, a measure of discretionary or disposable income. For decades, South Africa’s mostly migrant mine labour force had been paid wages that only provided for a subsistence existence, a basic supplement to the subsistence farming carried on by their families back in the rural homelands.

The only way to break that cycle is wage growth that exceeds inflation. But when these miners suddenly had additional income which they could spend, they were targeted by predatory lenders. Yes, they could now perhaps afford a TV or furniture, but the only way to do so was on a credit plan with monthly instalments, generally at exorbitant rates. To fall into debt as a consumer, you need some ability in the first place to consume. But if your wage level is still relatively low, you can quickly fall into a debt trap.

This may have created a vicious cycle – wage growth that enabled workers to finally buy stuff, which in turn pushed them into crushing levels of debt, which in turn spurred their demand for even higher increases. Rising living standards can come at a price, especially for a workforce that finds this new world of predatory finance and credit difficult to navigate.

“When we look back at this kind of data, we realise that the companies seemingly were not monitoring the precarious situation that some workers were falling into. Some of the workers were bringing home less than half of their salary,” Dave Perkins, an independent economist and one of the report’s authors, told Business Maverick.

While six years old, the report has obvious lessons as the current round of wage talks gets underway, at a time when platinum producers are flush and making decent coin again.

“With the current wage talks, there is an opportunity to look at the financial health of your workforce in relation to the wage demands from the unions. If you better understand this you are in a better position to negotiate fairly,” said Tracey Cooper, executive director at Mining Dialogues 360.

Still, the council says that between 6.5% and 14% of employees in the mining industry have EAOs against their salary, levels not far off those that at Lonmin just before the explosion of violence in August 2012. And wage hikes since 2012 in the industry have also generally been higher than inflation. The cycle may still be in place. Hopefully, it won’t become a vortex. BM