Does the G20 still matter?

Does the G20 still matter? 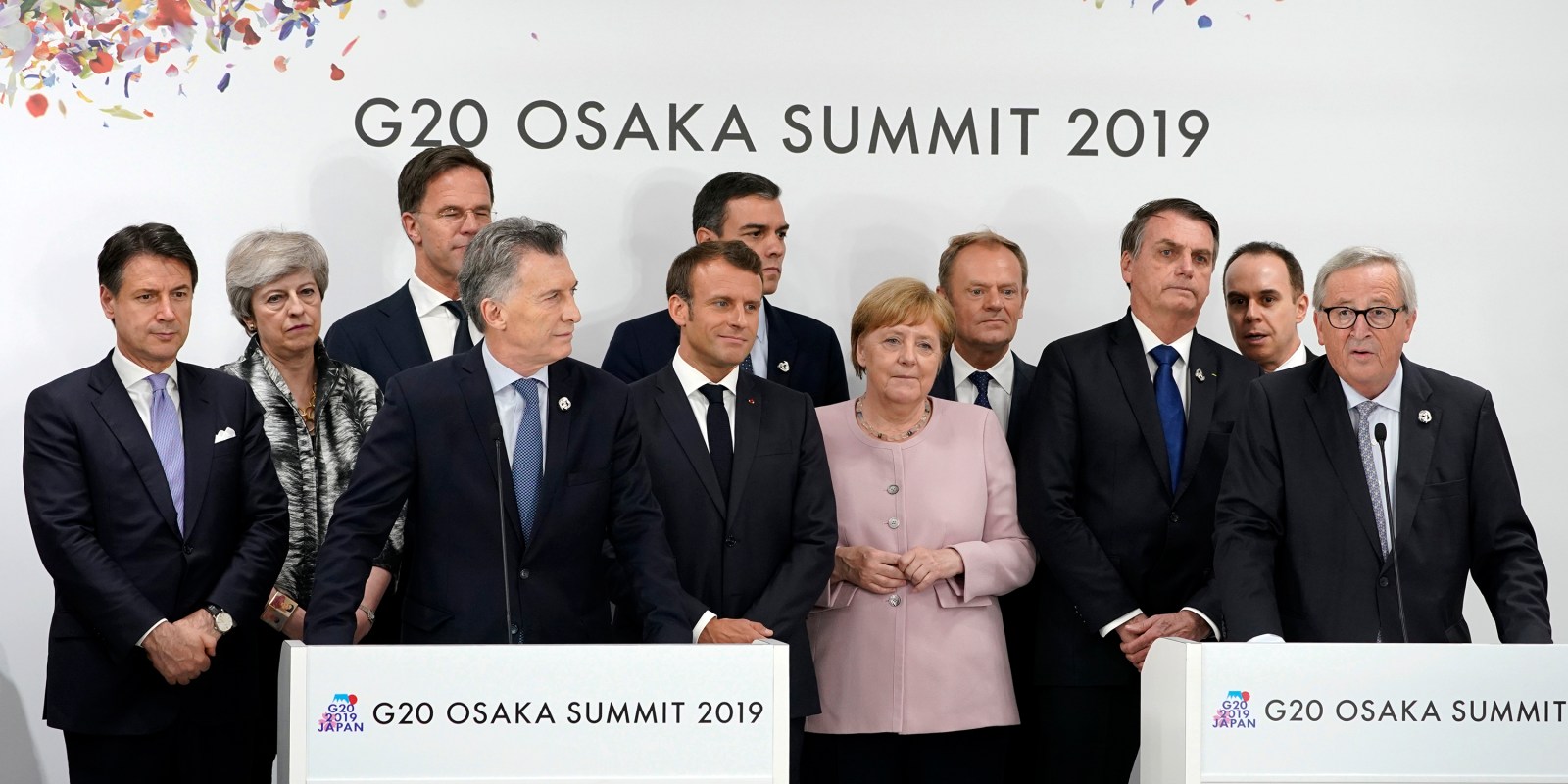 While the G20 has been very good at issuing grandiose communiqués to acknowledge the existence of global challenges, it has proven utterly incapable of advancing any solutions to them, Jim O’Neill argues from London.

When the G20 leaders held their first summit in late 2008, many welcomed what looked like a diverse, highly representative new forum for crafting common solutions to global problems. The group acquitted itself well in responding to the global financial crisis, and, for a while, its emergence as a forum for international policy coordination seemed like one of the only silver linings of that mess.

I was certainly among those applauding the G20’s initial achievements. Since 2001, when I identified the rise of the BRIC countries (Brazil, Russia, India, and China) as a key feature of the 21st-century world economy, I had been calling for a major overhaul of global-governance structures.

As I argued at the time, the continued dominance of the G7 (Canada, France, Germany, Italy, Japan, the United Kingdom, and the United States) was increasingly out of step with the complex world of the early 2000s. To this day, the G7’s exclusion of China is a glaring omission, made worse by the presence of so many European countries, most of which share a currency and abide by the same fiscal- and monetary-policy rules.

Unfortunately, following the G20’s summit in Osaka, Japan, in June, I cannot help but wonder whether that gathering, too, has lost its purpose. Indeed, the only relevant development to come from the summit was an agreement on the sidelines between US President Donald Trump and Chinese President Xi Jinping, who brokered yet another “truce” in their countries’ trade war.

Part of the problem, of course, is that global governance, in general, has been marginalised, now that the US has abdicated its role as the custodian of the international order. But there are also issues with the G20 itself. On one hand, the group looks like an appropriate vehicle for facilitating global dialogue. Its membership represents around 85% of global GDP and comprises most of the leading emerging economies, including those that have not adopted Western-style liberal democracy.

With the exception of Nigeria, Africa’s largest economy and most populous country, the countries that one would expect to have a seat at the table do. And in the future, one could imagine Vietnam and a few others joining them.

On the other hand, while the G20 has been very good at issuing grandiose communiqués to acknowledge the existence of global challenges, it has proven utterly incapable of advancing any solutions to them.

To be sure, one could argue that it isn’t realistic to expect a bunch of bureaucrats to fix everything that is broken in the world. If anything, it is the duty of activists, entrepreneurs, and other creative thinkers to pressure and persuade political leaders on the need for change.

And yet, when it comes to problems that can be addressed only co-operatively at the global level, there is no alternative to bodies like the G20. Even if political leaders have adopted all the right ideas, they still need a forum for turning those ideas into coordinated policies.

To my mind, there are two barriers standing in the G20’s way. First, though it is representative, it is also far too large. As I have argued since 2001, what the world really needs is a more representative G7, comprising the US, Japan, the European Union, and the BRIC countries. This new grouping would reside within the G20 and represent three-quarters of global GDP. While Canada and the post-Brexit UK would lose some of their current influence, they would have no less of it than similarly situated countries such as Australia. At any rate, they need not worry: there is no reason to expect a diplomatic overhaul of this scale anytime soon.

The G20’s second deficiency is that it (as well as the G7) lacks an objective framework through which to set goals and measure progress towards them. Since the group’s initial success a decade ago, its agenda has been fluid, with each host country adding something new to the mix at every annual gathering. In the case of the Osaka summit, the Japanese government introduced the goal of universal healthcare.

No one doubts that universal healthcare is a worthy cause. But nor has the G20 actually done anything to help individual member states expand the provision of healthcare. Worse, the time spent paying lip service to this new objective could have been used to discuss outstanding issues such as antimicrobial resistance, which was added to the G20 agenda in 2016. The language about AMR in the latest communiqué was notably similar to that of previous summits, which suggests that little progress has been made.

Meanwhile, the market for new antibiotics is deteriorating rapidly. Without a concerted international response, drug-resistant superbugs could take 10 million lives per year by 2050, resulting in a cumulative loss of around $100-trillion in global output. What the world needs now is action, not empty words. BM