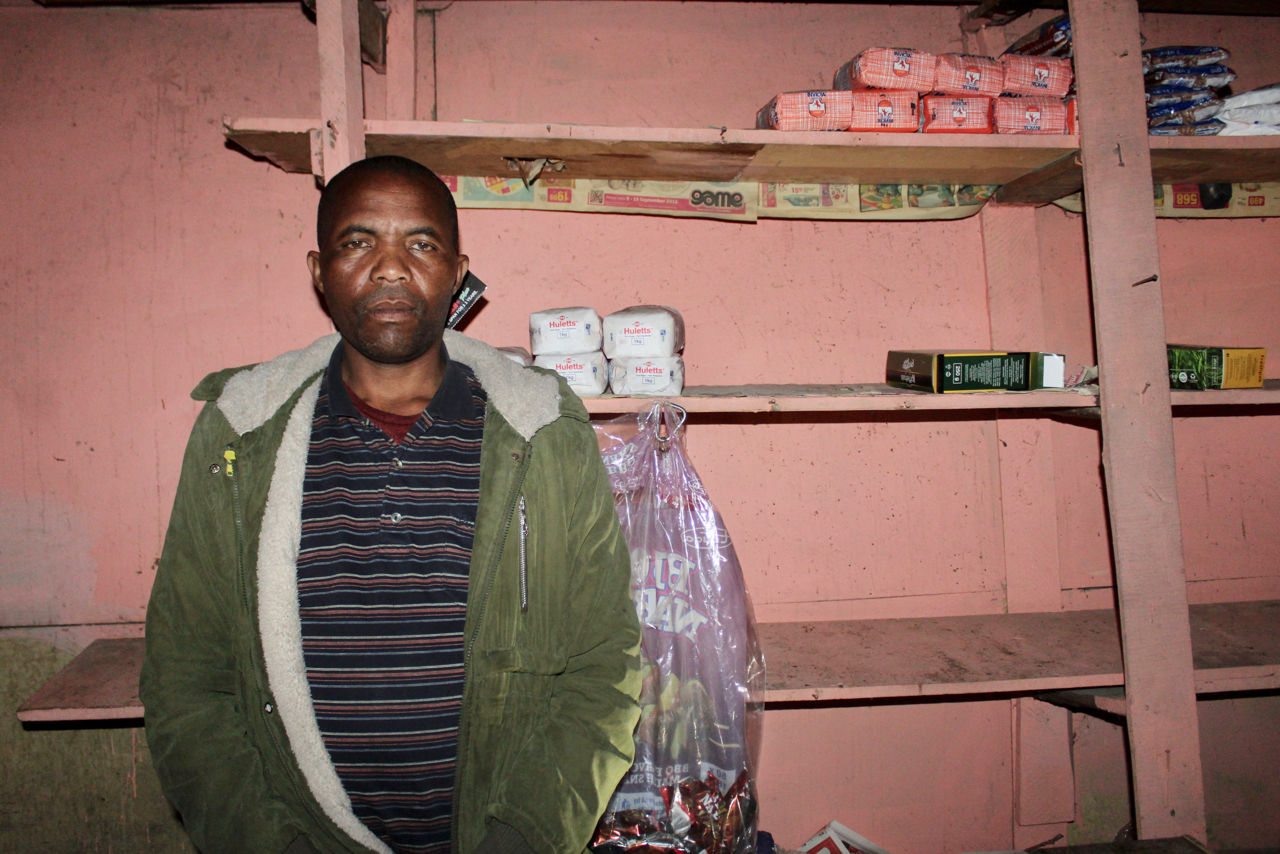 Uncle to three of the victims of Saturday’s violence in Philippi, Phumzile Zwelibi, standing in the family’s small, struggling shop. Photo: Velani Ludidi

The Zwelibi family of Lower Crossroads are in shock after three of their children were shot dead on Saturday in Philippi. Sikelela, 17, Sonwabo, 18, and Aphiwe Zwelibi, 25, were killed at a friend’s house. The friend was apparently not present and the family say they are not getting any answers from him.

Over the same weekend, just 200m away, two men were killed in KwaThandi Tavern. Six women were also shot dead in Philippi over the weekend.

GroundUp spoke to the Zwelibi family after Minister of Police Bheki Cele had visited them. The family had cleared their house to make space for evening prayers and mourners.

The grief-stricken father of the deceased, Wathwana Zwelibi, said: “Someone came and told us that the children had been shot and we rushed there. I saw them in a pool of blood and they were not moving.”

He kept covering his face with his hands and made a great effort to stay collected. The grieving mother declined to speak.

“I do not know where I will get the money to bury the three children,” said Wathwana.

“We never received any report of bad behaviour from the community. We still do not know what happened, and want answers.”

Speaking for the family, Phumzile Zwelibi, uncle to the three deceased, said: “It is not one but three of our children died in a manner we do not know. It is hard coming to terms with what happened.”

“The minister promised to work hard to catch the people behind this brutal killing of our children. He also promised to be with us during this hard time.”

Phumzile said the family survived by operating a small shop. “No one is working and this shop, which was left by the children’s grandfather, is the only means of survival we have.”

Most of the shelves were empty.

“The motive for these shooting incidents remains the subject of an intensive police investigation.” DM