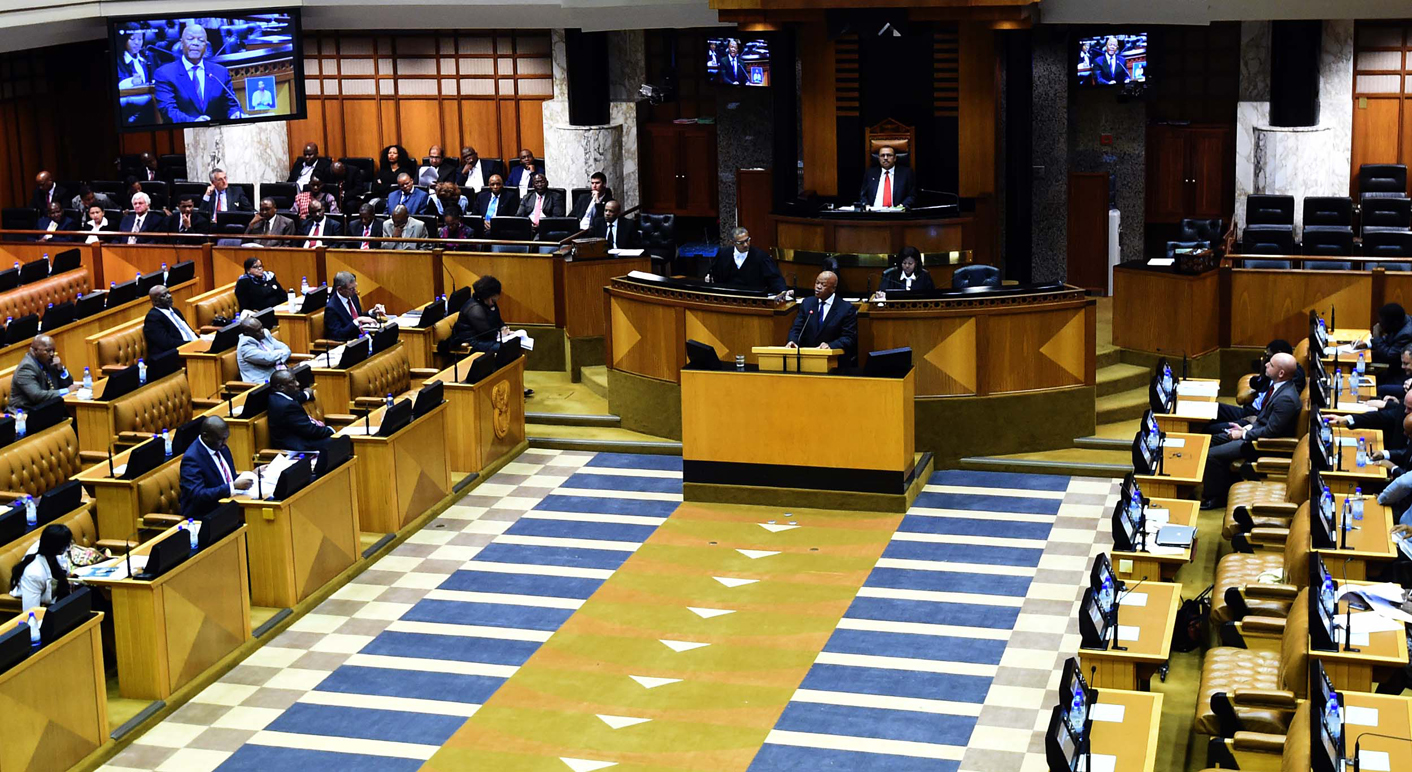 Parliament will largely be consumed by Budget Vote debates this week.

The Budget Vote Debates in Parliament provide an opportunity for Parliament to discuss and then formally adopt the budgets of government departments and entities. The debates allow for Parliament, and the public, to be updated about what departments are doing, how they are performing and exactly how public money is being used, in a forum larger than a committee meeting.

Each debate lasts about 2.5 hours and take place in mini-plenaries i.e. breakaway sessions of the National Assembly. The Minister and Deputy Minister/s introduces the budget on behalf of the department and MPs then debate the budget through a Speakers’ List.

Due to the tight schedule, multiple budget vote debates take place simultaneously in about three different venues. There are 25 debates scheduled for this week. A few of the standouts include National Treasury, Health, Human Settlements and Social Development.

You can find the full Budget Vote schedule here.

After each vote has been debated, each House (NA + NCOP) must vote on the whole budget. The NA vote will take place in a marathon plenary sitting on Tuesday, 23 July, starting at 10am while the NCOP vote will happen later.

Meanwhile, the NCOP chamber has scheduled one plenary sitting this week. The agenda includes motions and electing NCOP delegates to fill positions on the Pan African Parliament, Judicial Service Commission and Magistrate Commission. The National Assembly has already elected its members to serve on these bodies.

In the committee corridor, many committees will continue to pore over the strategic and Annual Performance Plans of departments and their entities or finalise their reports. Committees have only had a week to conduct these critical oversight meetings, adopt their Budget Reports and then prepare for the debates this week. Many argue that the time constraints could affect the rigorousness of the oversight process even more so given that there is a high percentage of new MPs having to comprehend information completely new to them.

Beyond the budget meetings, there are other noteworthy items scheduled:

On Tuesday, there will be a Joint Rules Committee to establish the joint structures of the Houses. The Joint Committees had to cancel all meetings last week (to elect their chairpersons) because the Joint Rules Committee first needs to meet to approve of any joint structures. Because of this, the National Assembly Planning Committee resolved that an ad hoc committee on intelligence be created to consider and pass the budget of the State Security Agency – ordinarily, this would be done by the Joint Standing Committee on Intelligence, but the structure technically does not yet exist. It is anticipated that the joint ad hoc structure will be established this week and hold meetings shortly thereafter.

The Standing and Select Committees on Appropriations will jointly be briefed on the 2019 Appropriation Bill.The Appropriation Bill is part of the National Budget, which Minister of Finance presented to Parliament in February. The Bill allocates state funds to specific state entities (on Wednesday).

The Portfolio Committee on Justice and Correctional Services will meet with the Public Protector to receive the Chapter Nine’s APP. While the agenda line is set, there is no doubt MPs will probe other aspects of the institution which have dominated media headlines. At the same time, the Speaker of the National Assembly has referred the request to initiate removal proceedings against the Public Protector to the Portfolio Committee (on Wednesday).

The Select Committee on Security and Justice will be briefed by the NPA on the legal procedures to follow in reviewing the President’s decision to remove Adv Nomgcobo Jiba and Adv Lawrence Mrwebi from their positions in the NPA (Wednesday). DM

*This summary is based on the schedule as it is published on Monday morning. The programme is subject to frequent updating so the link above needs to be checked daily to confirm the programme for the day