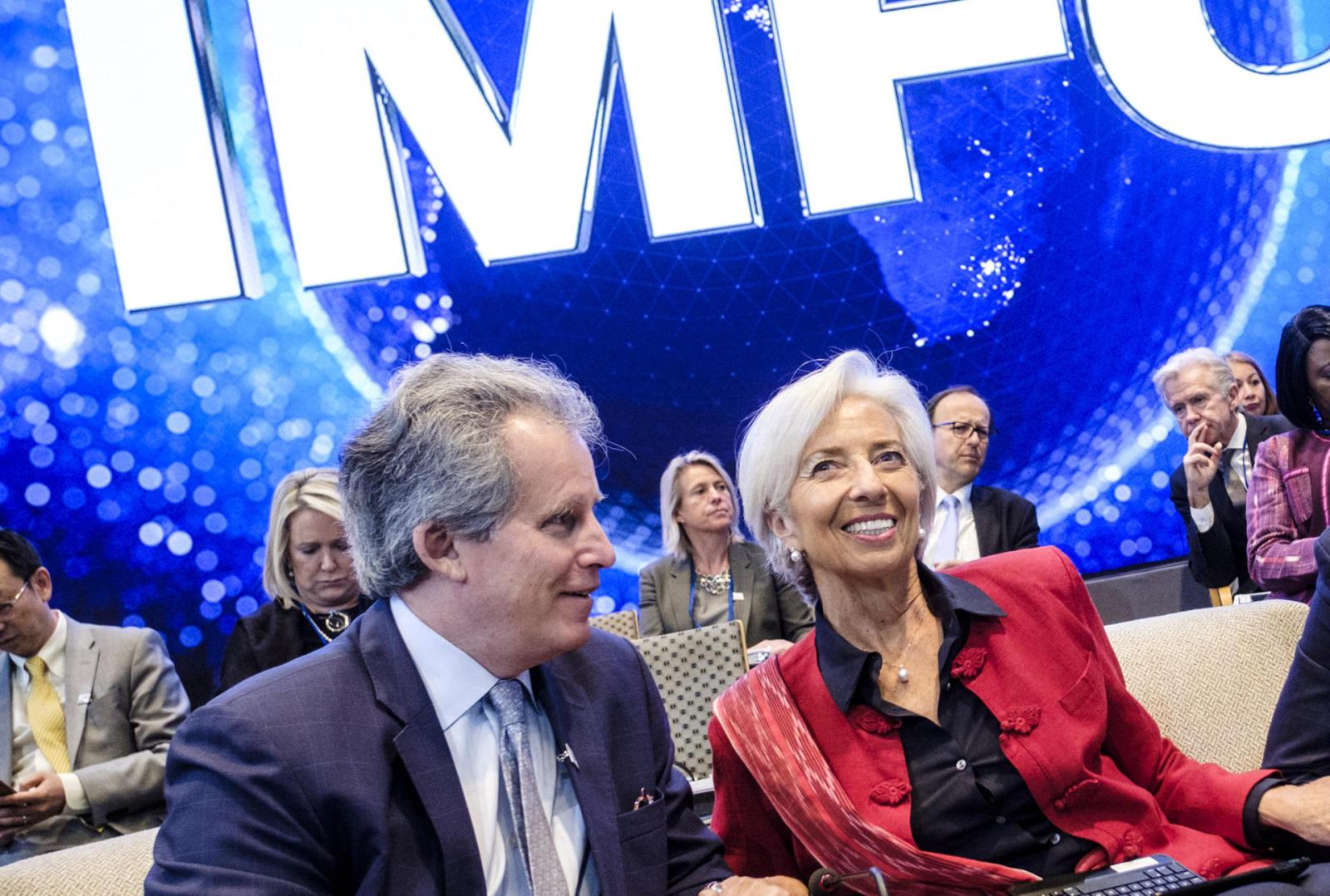 The International Monetary Fund is on the hunt for a new managing director. Christine Lagarde is stepping down after being nominated to run the European Central Bank. The IMF has traditionally been headed by a European while its twin, the World Bank, has an American boss. This always raises the question: Is it not high time for someone from an emerging market to take the helm?

In his tome, The Scramble for Africa, a narrative about Europe’s 19th-century carve-up of the continent, Thomas Pakenham made the blunt observation: “Europe had imposed its will on Africa at the point of a gun.” Gunboat diplomacy is no longer in vogue, but in the world of finance, Europe still likes to call the shots.

So it is with the scramble to find a new managing director for the International Monetary Fund (IMF), a job that by tradition goes to a European. The highly respected Lagarde is on her way to the European Central Bank (ECB) and there is talk of a “job swap” with the ECB’s outgoing chief, Italian academic Mario Draghi. France, for one, has already drawn a line in the sand.

At the weekend, the Financial Times made the case that merit and not nationality should be the main criterion: “…the scale of the tasks ahead makes it vital the IMF contest is genuinely open and aimed at securing the outstanding candidate, on merit — European or not.” The consensus view is that given the European acceptance of America’s choice of David Malpass as president of the World Bank, the duopoly dance will continue.

Critics of the European/American dominance of the Bretton Woods institutions note that the world has dramatically changed since 1944 when the IMF and World Bank were established to help rebuild the global economy from the rubble of World War II. Europe’s share of global GDP has fallen since then, while many emerging market economies — notably the likes of China, India and Brazil — now have a higher share of world output.

China, the second-largest economy in the world, accounts for about 15% of the global economy, more than the United Kingdom, France and Germany combined. Yet China has only 6% of voting rights, compared with about 13% for the European trio. Only four of the world’s top 10 economies by size are found in Europe, while three of the BRICS group of emerging nations — China, India and Brazil — are also in this group. In response to these trends, decades in the making, a “rebalancing” is in order the reflect the realities of the world economy at this stage of the 21st century. Without meaningful reform, the status quo looks outdated at best, or at worst smacks of colonial paternalism.

Another argument is that much of the IMF’s focus is on the developing world — Africa, Asia and Latin America — so such countries should have a greater say in the fund’s policies and decisions. This is not to say that the IMF has not been busy in Europe.

When this correspondent was based in Lithuania and Latvia in the 1990s, the IMF effectively ran the economic policy show as these economies were embarking on the arduous transition from command to market economies. More recently the fund was involved in the Greek bailout. Still, the bulk of its “structural adjustment programmes” — the conditional loans it makes to economies in the throes of crisis — have been in emerging markets outside Europe.

In this regard, it is worth recalling that in 2011, when Lagarde secured the nomination, there was a lot of speculation about a Trevor Manuel candidacy. South Africa and other emerging economies at the time were vocal in their criticism of the “obsolete” Europe First policy when it came to the IMF’s top job.

“I think a lot more could be done, a lot more should have been done to persuade Europeans that this birthright is not a birthright, that should find a resonance in an institution as important as the International Monetary Fund,” Manuel said when he announced that he would not be throwing his hat into the ring.

Pravin Gordhan, who at the time was Finance Minister, wrote in the Mail & Guardian in May 2011 that the IMF needed to be more representative:

“South Africa and other developing countries have been calling for the reform of the governance of the International Monetary Fund and the World Bank. The sea change in the global economy, whereby world growth is being driven by emerging markets, further supports this call for more representative institutions of global governance.”

To date, such calls regarding the current search for a new IMF chief have been muted. (When we went to press, neither the Treasury nor the Presidency had provided requested comment on the issue).

Yet a case could be made that this time around, South Africa has even more at stake. With mounting debt, the prospect of further rating downgrades, an economy that may be mired in recession, not to mention Eskom’s woes and low rates of investment, South Africa may well be, as commentators such as RW Johnson have argued, on the brink of an IMF bailout.

The IMF’s next leader, and not Pretoria, could be the ultimate overseer of South Africa’s badly needed economic reforms and a potentially painful era of austerity. But then, that may be why Pretoria has so far not rocked any boats on the leadership issue. It’s not easy to throw your weight around when you are about to go cap in hand. BM