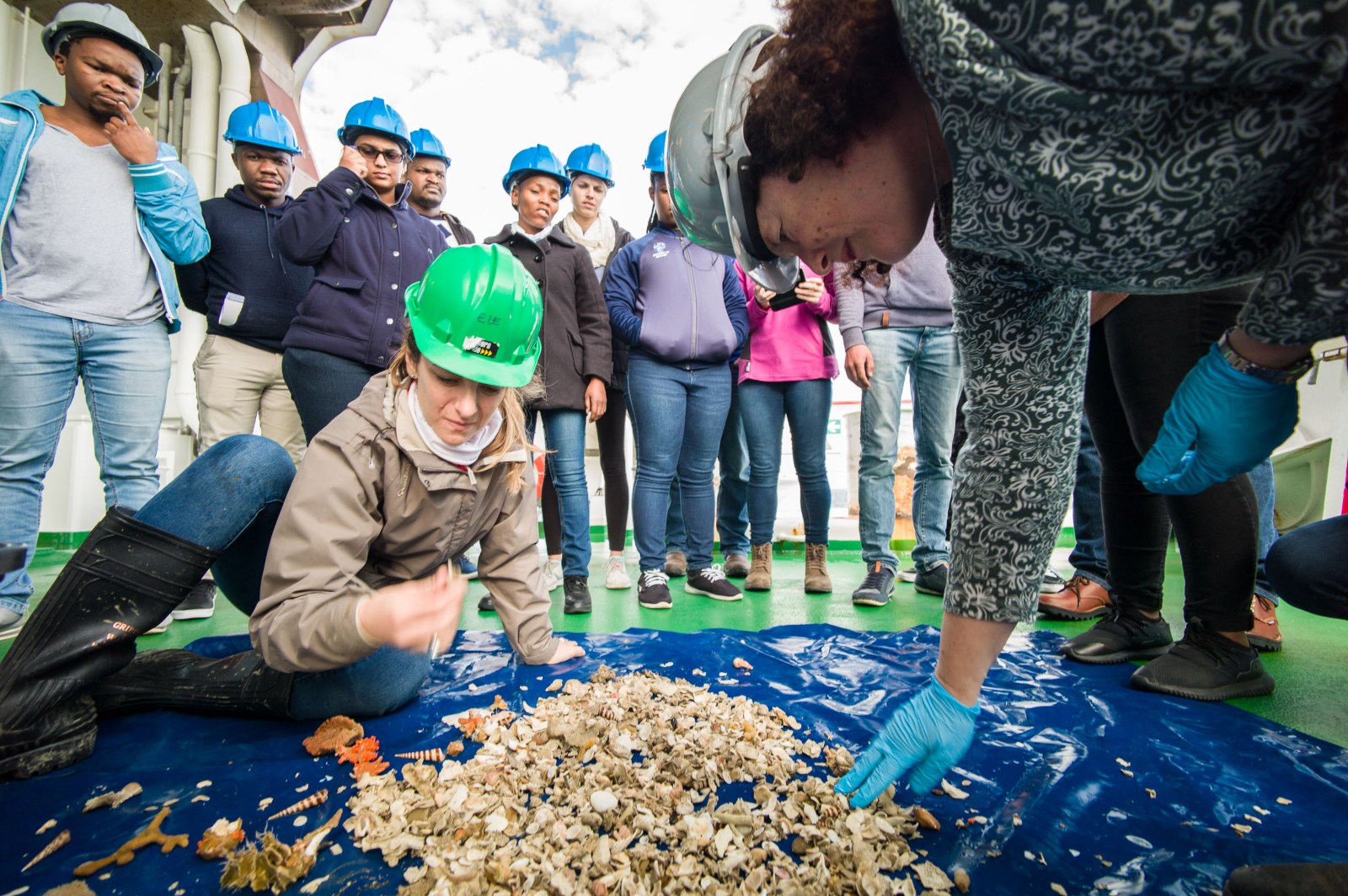 ‘Science should be cool, it needs to be engaging, it needs to be interactive,’ says UCT Professor Isabelle Ansorge of her programme in which students engage with scientists and lecturers while at sea.

On Monday 1 July, a group of students, lecturers and scientists embarked from Cape Town aboard the SA Agulhas II to participate in the SEAmester programme.

During an immersive 11-day programme at sea, students will engage in a busy schedule of lectures and work on deck and in laboratories. The ship is travelling from Cape Town to the heart of the Agulhas Current and returns to port on 11 July. During the voyage, students will also participate in ongoing oceanographic research on the Agulhas System Climate Array (ASCA). 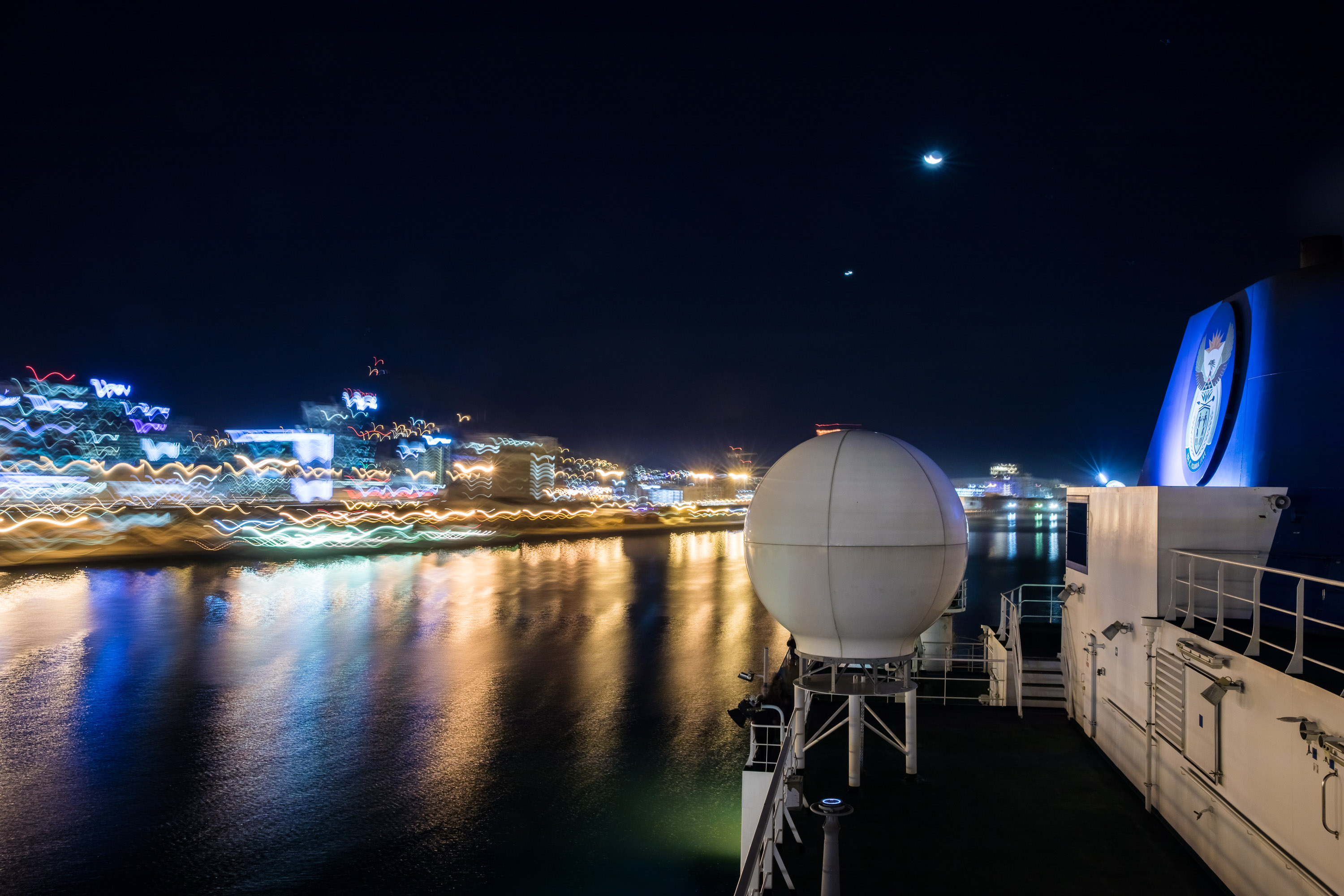 “It’s unexplainable — the experience of being at sea, living on a ship, meeting all the lecturers,” said Thobile Dlamini, who participated in SEAmester last year while completing her master’s degree in nature conservation at the Tshwane University of Technology.

“It’s been so amazing to learn all the tools for studying our oceans.”

Dlamini’s SEAmester experience in 2018 led to opportunities to participate in a research cruise to Marion Island and to join this year’s SEAmester voyage as a researcher. 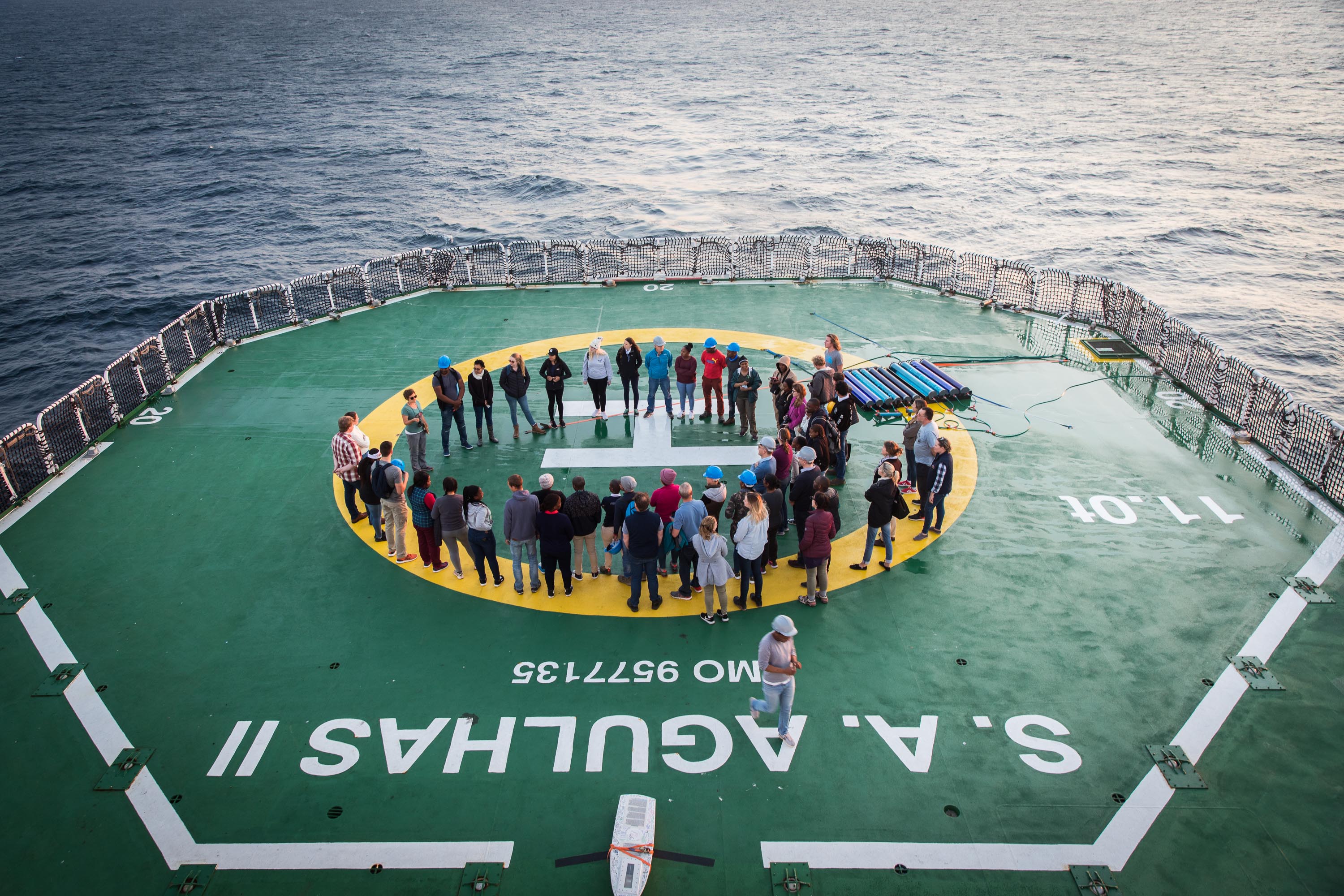 This is exactly the spirit Professor Isabelle Ansorge, head of the department of oceanography at the University of Cape Town, intends SEAmester to create.

Ansorge founded the programme in 2016 to help more students get access to South Africa’s world-class research vessel and get a taste for research at sea. 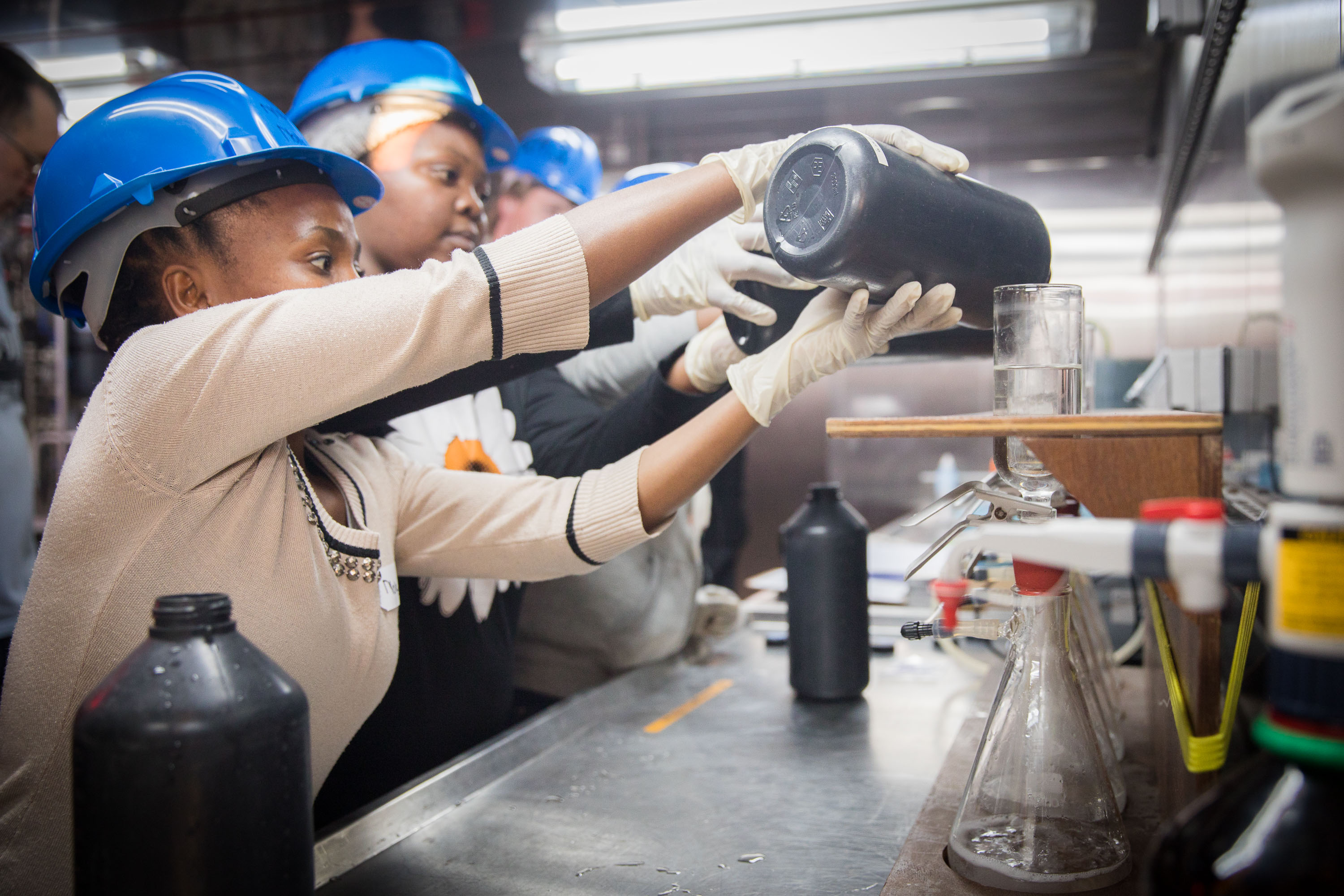 “The SA Agulhas II is a national facility, but if you don’t have a connection to the Antarctic research programme, you don’t traditionally have access to the ship,” said Ansorge.

SEAmester, now in its fourth year with funding from the Department of Science and Technology and support from the Department of Environmental Affairs, has allowed many students to get involved with marine research at sea. This year, 41 students from universities and institutions across South Africa earned their berths on the voyage through a competitive application process. For many students, SEAmester will be their first experience at sea.

“We are the first country to offer this kind of thing, open to all students,” said Ansorge. “It’s moving to see the students coming together as one and crossing over their differences. We’re all the same on board and even the lecturers and students can interact more freely [than on campus].” 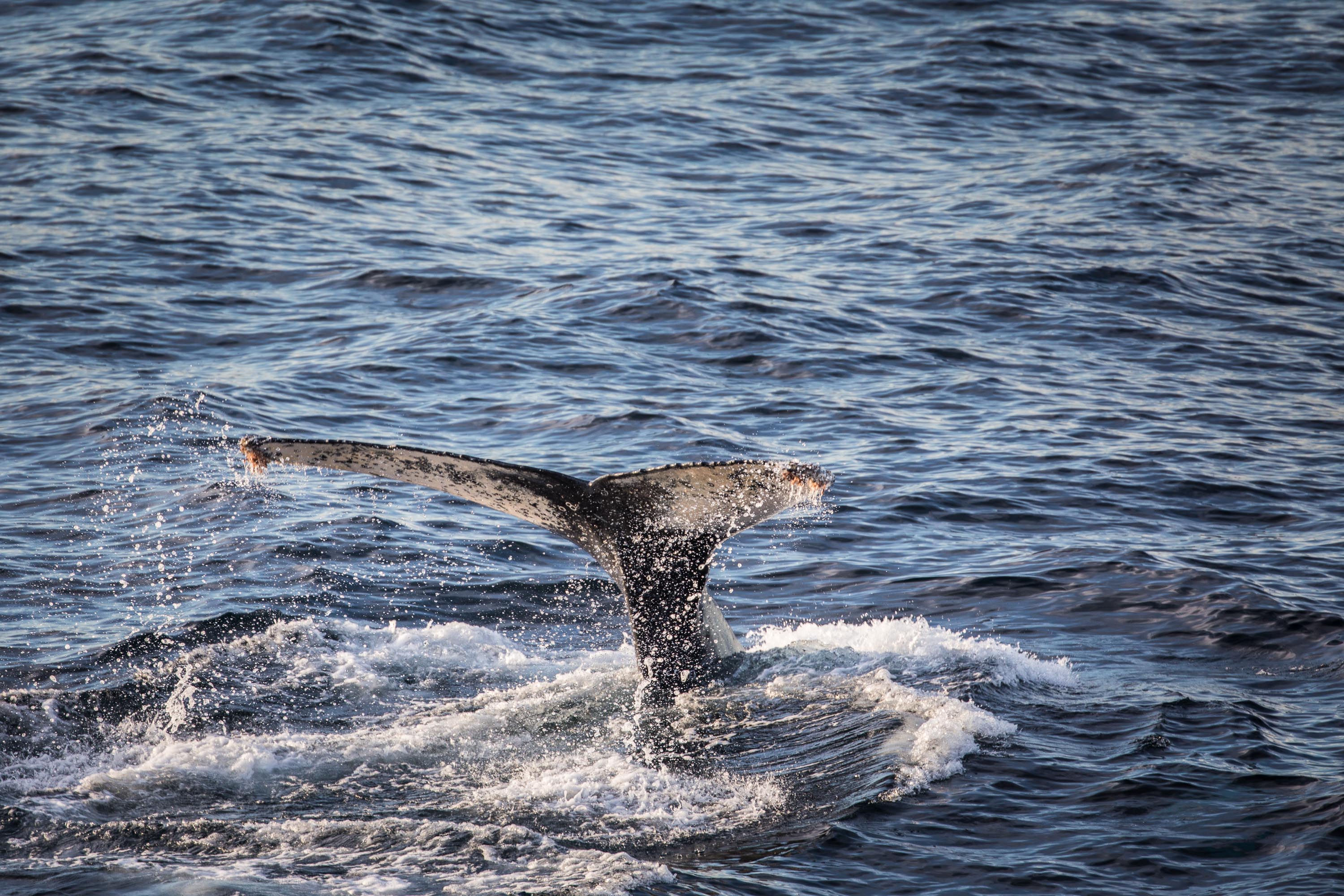 Frank Mohlele, an honours student from the University of Johannesburg, enjoyed networking with the SEAmester lecturers during the 2018 voyage.

“When I applied, I wanted to find a potential master’s project. I’m more of a practical person, so the theory was tough, but I enjoyed the practicals. I found a potential project that I can think about for the future,” he said.

Students choose between two areas of focus for their academic programme on SEAmester:

“Tools of the Trade” includes many of the technical aspects of measuring the oceans, predicting the weather, mapping, and remote sensing.

“Oceans in a Changing Climate” focuses on the biology of the oceans, from the smallest microbes to the largest marine mammals, and how humans influence marine life.

A scientific team is also on board to measure ocean conditions and marine life along the Agulhas System Climate Array (ASCA) — an oceanographic project to record long-term observations of the Agulhas Current. The array extends 200km south-east of Hamburg, Eastern Cape, and consists of moorings and instruments designed to measure the volume of water moved by the current, and the heat and salt transport in the southern Indian Ocean.

“Western Boundary currents like the Agulhas Current integrate winds over the whole basin, so they are very sensitive to climate change. That’s why it’s important to monitor the Agulhas Current,” said Dr Neil Malan, oceanography lecturer on the 2018 voyage.

“The Agulhas Current also has an important effect on rainfall and climate in South Africa.” 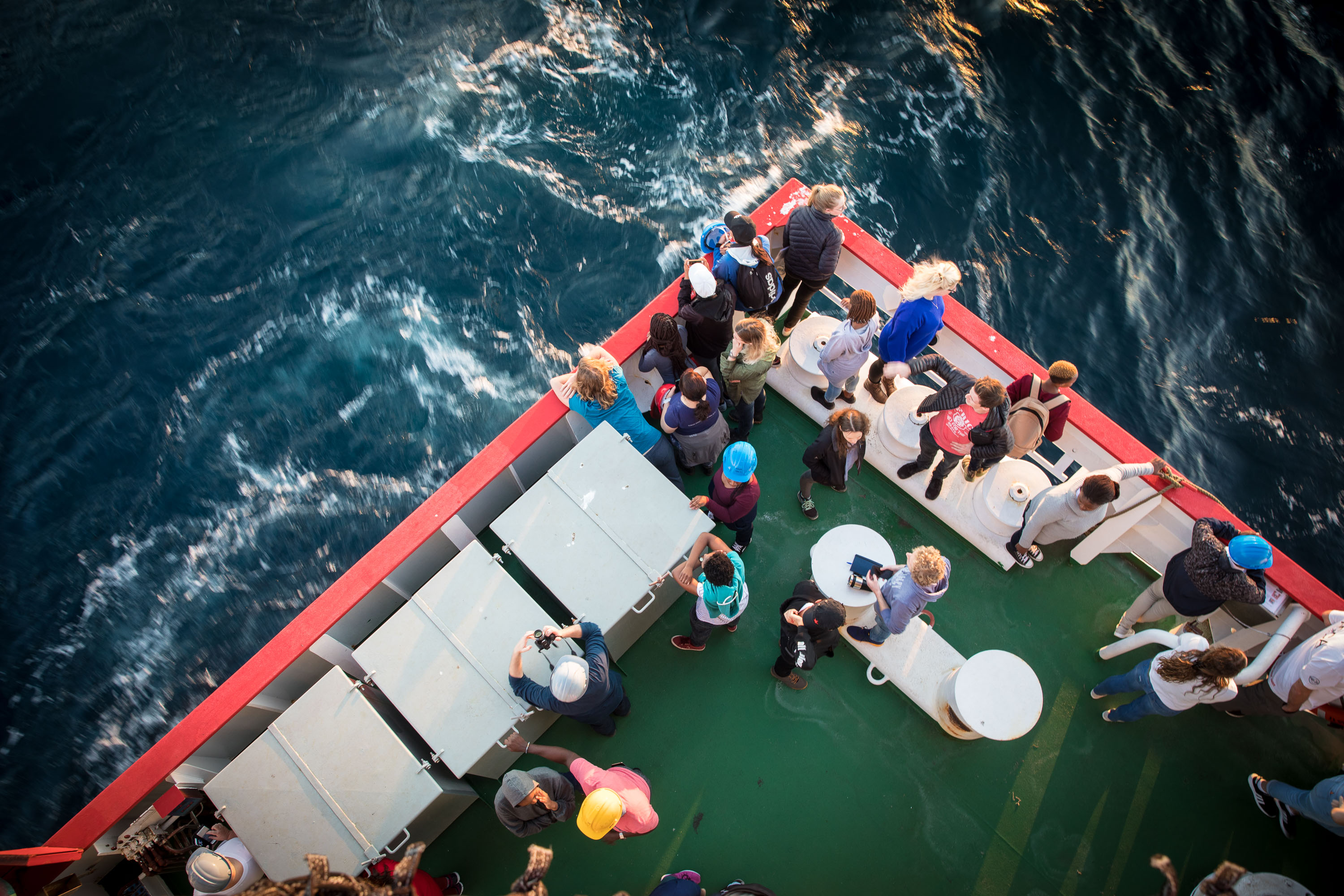 Essa Harris, a student from the University of Cape Town was a SEAmester student in 2017 and returned as a researcher in 2018. Regarding the scientific work aboard the SA Agulhas II, Harris said, “It’s been incredibly tough. The science work is non-stop, and the hours are ridiculous.”

But, despite the hard work, Harris is grateful for his SEAmester experience that helped him find a supervisor and postgraduate degree project in biogeochemistry.

“The field of oceanography was very broad for me, and I didn’t know where to go. Doing the real-life science on SEAmester helped me find my niche that I enjoy so much.” ML