Frontieres: Real-life stories of strangers in a strange and hostile land 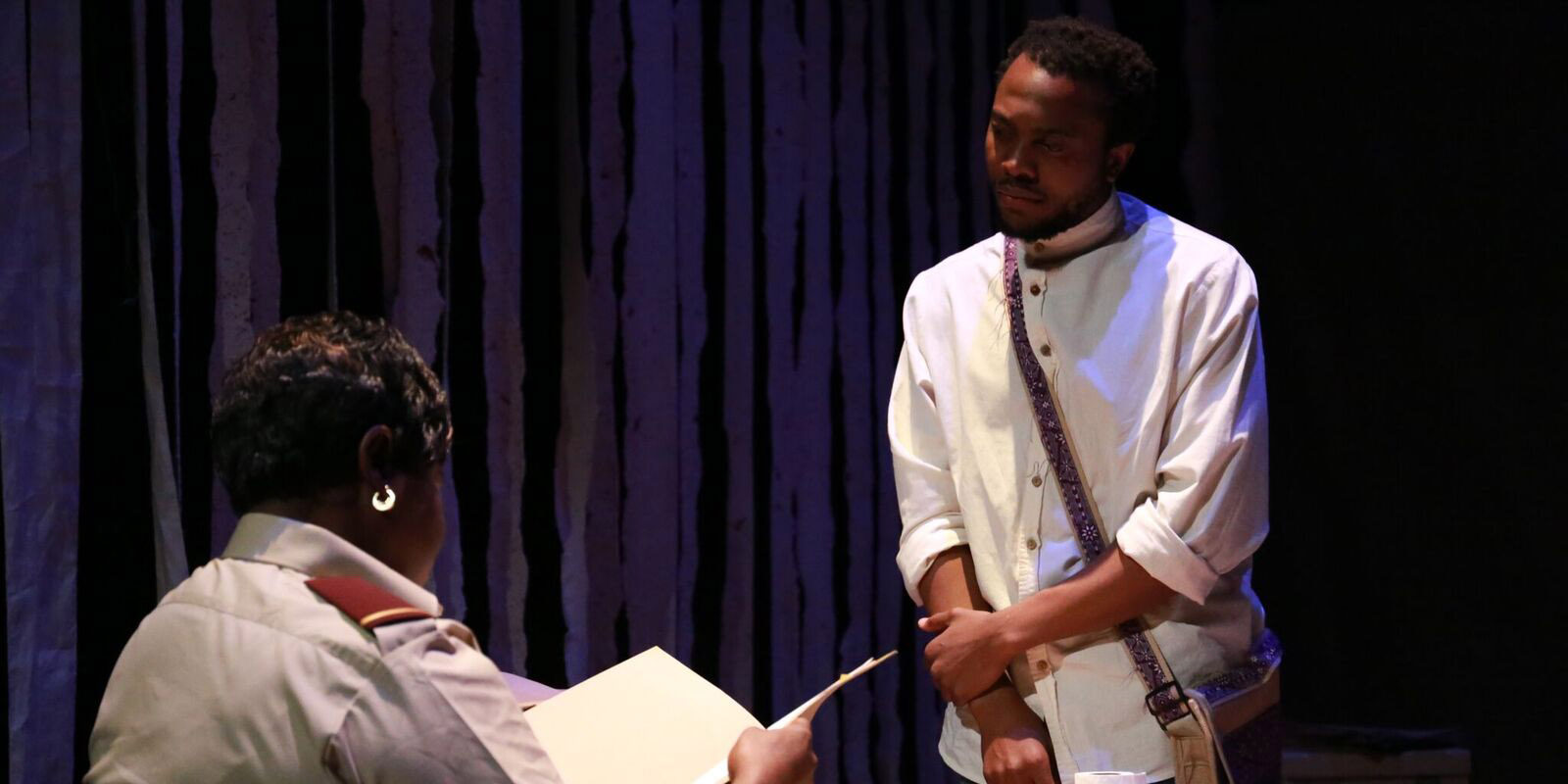 ‘Frontieres’ (Borders), on at the Market Theatre in Johannesburg, is about the people who cross borders and enter South Africa, after fleeing war, famine and poverty, only to find invisible barriers barring them from finding a home.

Four refugees – a woman from DRC, a young man from Somalia and two middle-aged men, one from Zimbabwe and the other from Cameroon –stand in line, in front of an intransigent and nonchalant official at the South African Home Affairs office. All four are seeking asylum papers, for themselves and their loved ones, after travelling far from their homes.

Directed by Mmabatho Montsho, Frontieres uses the voices of the refugees to weave together a singular narrative of Africans who feel alienated among their own people in Africa. With the use of monologues, which at times feel long-winded, playwright Bobby Rodwell used real-life stories from refugees as scaffolding for his play.

The four refugees patiently stand in line while waiting to hear a verdict from the public official, one which will determine the safety of their lives. They are sent away and told to come back, over and over again.

Award-winning actress Busisiwe Lurayi plays a woman from Democratic Republic of Congo (DRC) who arrived at South Africa’s border with her four children.

This woman, to whom Lurayi paid homage with her splendid performance, was raped during a time of war, and her life was uprooted by rebels. Her husband gave her all the money they had to take their four children across five countries to find asylum in South Africa. She was left abandoned by her driver along the treacherous road that refugees take.

Lurayi’s moving performance evokes the cruel world in which refugees find themselves.

In another engaging performance, Khathu Ramabulana plays a young Somali who escaped being recruited by al-Shabaab, an Islamist extremist group. He too finds his way to South Africa and joins one of the many Somali communities in the country.

However, the young man fears being accused of a crime by locals, who don’t accept Somalis and treat them with suspicion.

Ramabulana, with his charm and affable manner, draws the audience into the world of a young man coming of age in a foreign and often hostile country.

Tonderai Chiyindiko, a Zimbabwean himself, plays a Zimbabwean immigrant who comes to find work in South Africa. He does an excellent job of portraying the internal conflict of those who have fled social and economic turmoil across the border.

Charly Azade takes on the role of a Cameroonian man who had to assimilate from the Anglophone region to the Francophone region of his country. In search of a life free of prejudice, he finds himself in a queue at Home Affairs, begging and bribing officials to stay in South Africa.

All four refugees tell the story of emigrating from a place of sadness, despair at an impending denial of asylum and longing for their own country.

And sitting at the desk and shuffling application papers for asylum, Lindiwe Ndlovu, multi-award-winning actress and graduate of the Market Theatre Laboratory, plays a despondent civil servant tasked with the heartless job of deciding people’s fate.

Ndlovu portrays – and her character embodies – the South African government worker who is emotionally drained by the cruelty of her job and the desperation of her personal circumstances.

She admits that her attitude towards refugees is the attitude of her neighbours and the people all around her. Although she sees their suffering, there is not much she can do when everyone has judged foreigners as criminals. It is the unwritten law of the land.

Although the play might be lacking in plot and dramatic tension, it makes up for it with moving monologues of refugees’ personal experiences that reveal South African attitudes about the Other.

Ordinary South Africans are compelled to look in the mirror and see their prejudice towards foreigners. DM

Frontieres is on at the Market Theatre until Sunday 7 July.