Explainer: Boris or Jeremy? What the UK’s next leader could mean for SA 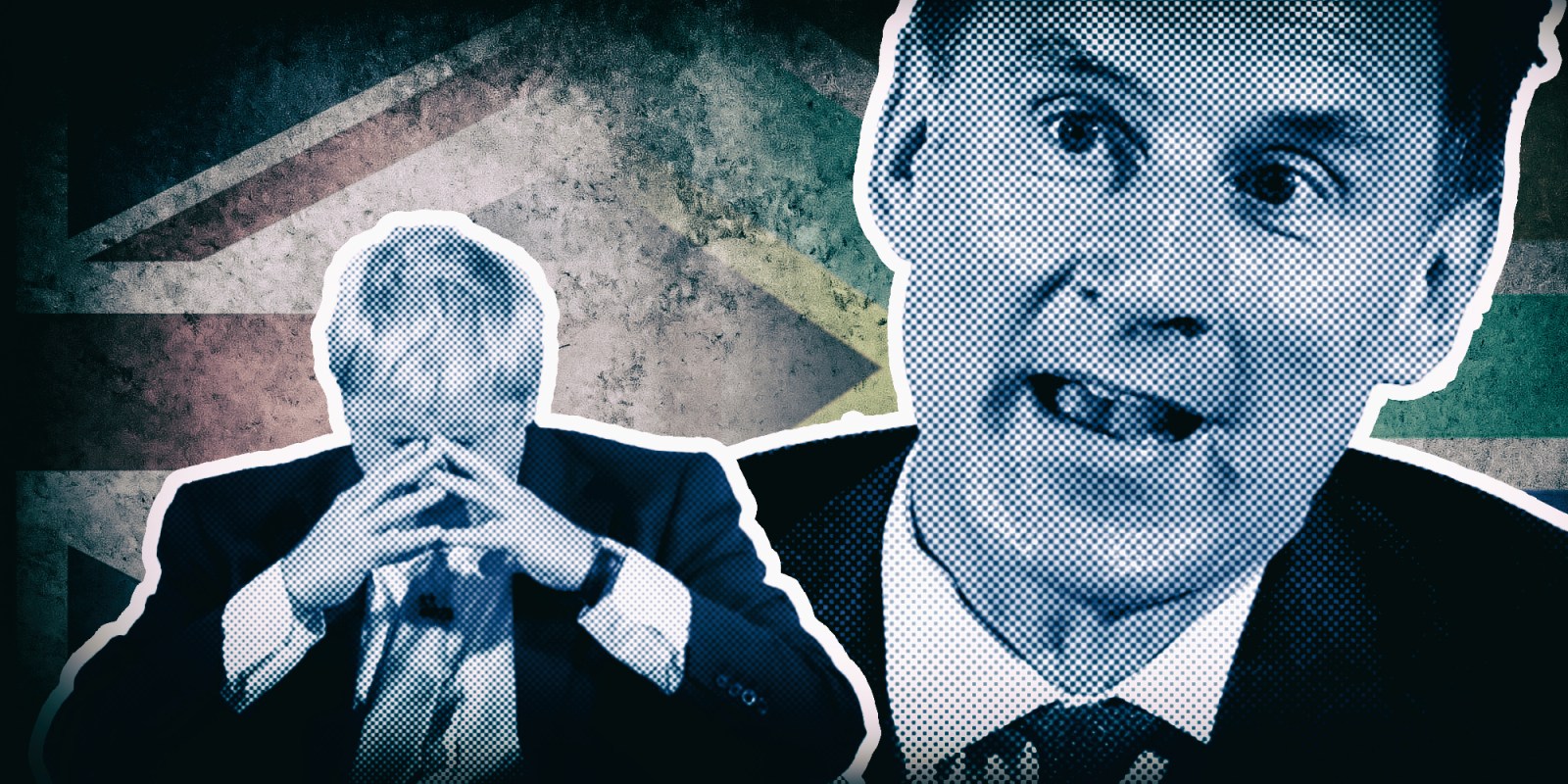 The next British prime minister will be either Jeremy Hunt or Boris Johnson, to be decided via a vote of Conservative Party members to be counted on 22 July. We take a look at the two candidates – and what either man’s premiership could mean for South Africa.

Theresa May is out as Britain’s prime minister, and either Jeremy Hunt or Boris Johnson will replace her. The two men are the last candidates standing after a whittling-down process which saw an original group of 10 Conservative Party MPs subjected to four rounds of voting by fellow MPs.

The current stage of the leadership contest sees voting open up to around 160,000 Conservative Party members around the UK, with Hunt and Johnson participating in 16 head-to-head debates around England, Wales, Scotland and Northern Ireland. Party members will vote for one of the two men via postal ballot. Votes will be counted on 22 July 2019.

Give me Boris Johnson in brief:

Alexander Boris de Pfeffel Johnson, to give him his full name, is every bit as posh as he sounds. He’s the chap with an unruly mop of blond hair who perpetually appears dishevelled. As a student at Oxford, Johnson joined his frenemy David Cameron (now a former prime minister) as a member of the notorious Bullingdon Club, a snobbish boys-only society known for wild drinking.

Before becoming a politician, Johnson worked as a journalist – he was sacked from The Times for inventing a quote – and subsequently as a political columnist and editor. Throughout his political career, he has maintained a weekly column for the Conservative-aligned Telegraph newspaper, causing controversy in 2009 when he referred to his annual column fee of £250,000 (almost R4.5-million) as “chicken feed”.

Johnson gained national prominence in 2008 when he was elected mayor of London and became well known for cycling everywhere. Although his two terms as mayor were not without controversy – he was felt to have handled the 2011 London riots particularly badly – Johnson largely succeeded in establishing his image as an endearingly bumbling upper-class twit. The word “buffoon” is frequently applied to Johnson by both critics and fans.

There is an undeniably Trumpish aspect to Johnson’s public appeal, even though Johnson swings much further to the left than Trump and lacks Trump’s obnoxious bellicosity. The similarity lies in Johnson’s reputation for being an unguarded speaker who delivers reliable entertainment, but is regarded as something of a political loose cannon.

Johnson’s appointment as foreign secretary in May’s Cabinet in 2016 was greeted with some trepidation given Johnson’s almost Prince Philip-esque penchant for social gaffes: on multiple occasions, he has been accused of racism and cultural insensitivity.

He has been an ordinary MP since resigning as foreign secretary in July 2018, but it is widely believed that Johnson’s ultimate ambition has been the position of prime minister for several decades.

And the other guy?

Johnson’s rival for the prime minister spot is Jeremy Hunt, an almost equally posh bloke who has a much lower profile than Johnson and lacks Johnson’s charisma.

A successful businessman before entering politics, Hunt has held a number of different Cabinet positions since 2007, but is perhaps best known for having served as health secretary between 2012 and 2018. This tenure was fraught with controversy and saw a four-year strike of junior doctors after Hunt presided over a proposed new contract for junior doctors on the NHS which would extend their normal working hours while cutting their pay.

Hunt also attracted ire for cuts to social and health spending on his watch – which he has since admitted “went too far”.

Hunt replaced Johnson in the foreign secretary role in July 2018, and although he is regarded as a figure taken more seriously than Johnson on the global stage, his stint in the Foreign Office has also not been uncontroversial. Hunt has been a vocal supporter of the regime in Saudi Arabia and ruled out calls to end British sales of weapons to Saudi Arabia following the murder of dissident journalist Jamal Khashoggi in 2018.

Hunt has been the victim of an unfortunate problem regarding the pronunciation of his name: at least five distinguished broadcasters have accidentally referred to the politician as “Jeremy C**t” live on air, prompting a slew of linguistic theories as to why this keeps happening.

Almost certainly Johnson – every poll has him streets ahead.

Some would say the vote comes down to a popularity contest since there’s not a vast ideological distinction between the two men from the same party. For instance, both candidates have pledged massive tax cuts – in Johnson’s case for high earners; in Hunt’s case, for corporations.

Probably the biggest difference between the two is in their respective stances on Brexit.

Johnson was one of the most prominent faces of the pro-Brexit “Vote Leave” campaign and has promised that if he is prime minister, Britain will leave the EU by 31 October 2019 whether there is a deal in place or not.

Hunt, by contrast, is on record as having been originally anti-Brexit, though he has since changed his position. He has termed 31 October a “fake deadline” and has said that he is not opposed to waiting longer to leave the EU. This may cause concern among Tory voters that under Hunt’s leadership, Britain faces more of the same Brexit dithering it experienced under Theresa May.

Among the British population at large, Johnson is the more popular figure – though more as a result of his “banter” skills than any conviction that he would be an effective and trustworthy prime minister.

What would either of them mean for South Africa?

Both Hunt and Johnson are intent on seeing Brexit through, so either candidate’s premiership has Brexit as a definite outcome. The specific implications of this for South African trade are heavily dependent on what manner of exit deal is reached: Business Maverick has an analysis of the possibilities here.

In general terms, one school of thought has it that South Africa stands to benefit from Brexit as a whole as Britain casts around for stronger global ties and trading partners to replace the EU.

As foreign secretary, Hunt has publicly affirmed that a strengthened relationship with African countries is a British priority.

On a five-day continental tour in April, Hunt said: “In a future where Britain is no longer a member of the EU, I want us to work within and alongside African nations to make sure, together, we combat the threats we all face and capitalise on the opportunities open to people wherever they live. To do this, I want to set out the stall for the UK to be the new partner of choice across Africa”.

In the unlikely event that Hunt wins out, he is likely to face a less contentious reception on the African continent than Johnson.

Johnson’s list of controversial remarks about Africa is long: from referring to African children as “flag-waving piccaninnies” with “watermelon smiles”, to writing that: “The best fate for Africa would be if the old colonial powers, or their citizens, scrambled once again in her direction on the understanding that this time they will not be asked to feel guilty”.

In the context of Johnson’s history in this regard, one can imagine current Dirco Minister Naledi Pandor giving BoJo a decidedly frosty reception. DM