4IR: The good, the bad and the inequality gap 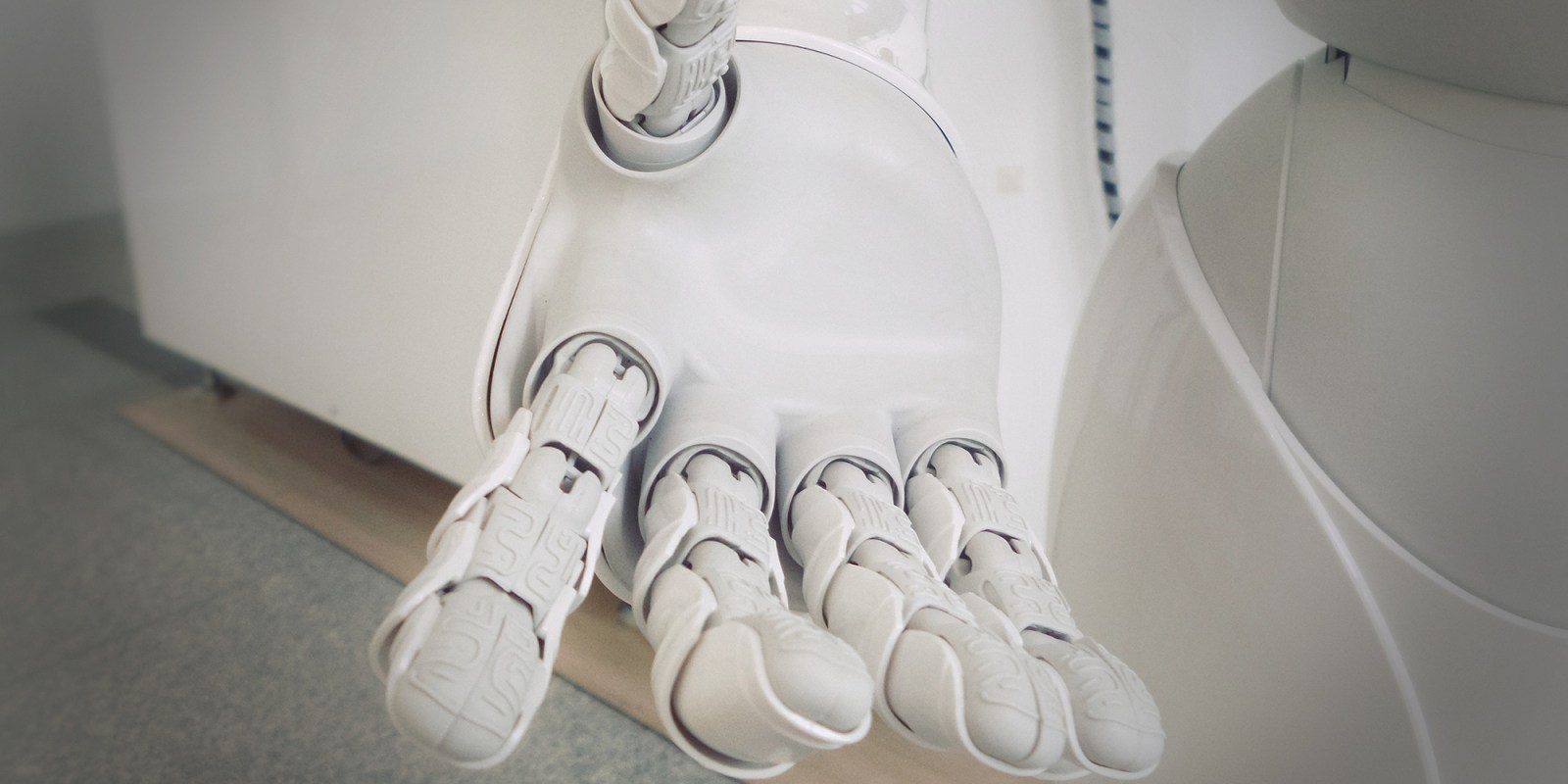 The Fourth Industrial Revolution is an unstoppable force that will have a profound impact on the world. While it will undoubtedly bring many benefits, we must beware it does not increase the already huge gulf between South Africa’s haves and have-nots.

Whether for good or bad, we are on the path of a technological revolution that is radically shaping the way in which we relate to the world and to one another. The Fourth Industrial Revolution (4IR) is characterised by an amalgamation of existing and new technologies that build on the blocks of previous industrial revolutions, more so on the Third Industrial Revolution which saw the introduction of automation, computing and telecommunications, among other things.

These 4IR technologies include artificial intelligence, autonomous vehicles, advanced biotechnology, robotics, the internet of things, blockchain, speedy connectivity in the form of 5G and Wi-Fi 6, and 3-D printing.

South Africa is already the most unequal country in the world. Studies and reports, including a World Bank report, have concluded that not only are the majority of South Africans living in poverty, the inequality gap has widened since 1994.

Wealth inequality is consistently high, with the nation’s top 1% controlling 70% of the country’s wealth and the bottom 60% controlling only 7% of the wealth. The nation’s income inequality is equally tragic. South Africa has the worst Gini coefficient out of 149 countries in the world (the Gini coefficient measures the gaps between people’s income).

The majority of the country’s poor and economically marginalised (from the formal economy) are black and live in spatially disadvantaged areas, rural areas and townships. The architecture of the economy and the spatial make-up of our country already make it difficult for some in these pockets of society to access technological resources, such as reliable internet connectivity.

What, then, does the Fourth Industrial Revolution mean for these socio-economic conditions?

The Fourth Industrial Revolution, of course, comes with positive and negative consequences. But, it is difficult to say with precision and certainty what impact these consequences will have on the economy, employment, and equality. This does raise important questions that our nation must critically reflect upon and for which it must attempt to find answers and solutions.

Some opportunities in 4IR

The technological advancements will present opportunities beneficial to humanity in ways once unimaginable. In medicine, for instance, the use of 3-D printing technology is already being explored for the possibilities of printing organs for transplants. The mainstreaming of this technological innovation will be game-changing for modern medicine, as it could mean that organs will always be readily printable to save the lives of those in need of transplants.

The increasing development and betterment of artificial intelligence has seen the world moving faster towards autonomous vehicles. Several automotive companies have been testing autonomous vehicles on public roads for years. These companies include Tesla, Uber and Google’s sister company Waymo – which leads the testing charge, with 16 million kilometres of testing on public roads and no fatal accident to date. Recently, the United Arab Emirates’ airline Emirates announced it would launch its autonomous passenger-drone airport transfer service in April 2020. In South Africa, Mobility Centre for Africa is already preparing to launch Africa’s first autonomous vehicle pilot programme.

These and many other automotive technological advancements will have a huge impact on the future of mobility in the world and in South Africa. They will go a long way in reducing road crashes and traffic congestion, which are costly to the economy and to human life. They will also reduce carbon emissions, which adversely affect the environment and contribute to climate change. They will have an impact on transport affordability.

On the financial services sector front, which is one of the country’s key sectors, technology has already radically changed the way in which we do banking. Most banking services have been digitalised, and more will soon migrate to digital. South Africa now has three retail banks that are branchless and digital: Discovery, Tyme and Zero. This has made and continues to make the banking experience more convenient and efficient, and has placed the customer at the centre of managing their own banking.

Probably the most welcomed consequence will be the drive-down of banking fees. But, this means the costs are being absorbed somewhere else in the economic value chain. That “somewhere else” is labour.

Some negative impacts and the inequality factor

As with any change, there is the good and there is the bad. At times, there is also the very bad, bad. It is difficult to say which of these will play out prominently with 4IR as it is too disruptive and unpredictable. There are, however, some indicators that are manifesting negative patterns.

Earlier in 2019, Standard Bank announced it would close 91 branches, with the majority to be closed by mid-2019. This decision will affect approximately 1,200 jobs. The decision was made in pursuit of the bank “realigning its retail and business banking delivery model to the changing needs of customers amid rapid adoption of digital banking products and services”. Absa’s restructuring for similar purposes also comes to mind.

As banks restructure their models to align with the adoption of more digital products and services, there is no doubt this will stretch thin the labour force.

Recently, Naspers’s MultiChoice announced it would cut jobs because their clients “prefer to engage digitally”.

The labour-thinning consequences of the Fourth Industrial Revolution will cut across sectors. As more robotic technology is introduced in the automotive manufacturing sector, for example, the fewer jobs the floors of our automotive factories will hold. The introduction of autonomous vehicles will see increasing numbers of driving jobs lost. When robotic technology is used to perform medical surgical operations, fewer human hands will be needed in theatres. And so on.

Many jobs that are manual and repetitive are at the risk of automation and artificial intelligence replacement, for instance, jobs in call-centres, retail and administration. These types of jobs, and some in the manufacturing sectors, are already comparatively low-income jobs. Losing a huge number of jobs to automation will have a severe impact on a nation whose unemployment rate is already significantly high. If these jobs are lost, what will our Gini coefficient look like? What will happen to our inequality gap?

South Africa’s spatial layout is another inequality factor that requires reflection on 4IR. The majority of poor South Africans, who are at the lower end of the inequality gap, live in rural areas and the fringes of urban cities, in townships. Technological infrastructure in these areas is either poor or non-existent, making it difficult for these already marginalised and dejected poor citizens to benefit and to be active participants in value brought about by technological advancements. Most of these technological advancements, for instance, autonomous vehicles, are designed for urban areas with existing infrastructure such as reliable internet connectivity and proper roads.

The inequality factor also raises the question of ownership of the means of production and meaningful economic participation. Technology companies are becoming the fastest-growing enterprises in the world. According to Statista, the world’s five biggest companies, by market valuation, are all technology companies (Apple, Alphabet, Amazon.com, Facebook and Microsoft). It stands to reason that as the Fourth Industrial Revolution deepens, more technology enterprises will emerge to dominate economies, including South Africa’s.

The critical questions are: What will be the ownership patterns of the technology enterprises that emerge to dominate our economy? Will they be woven in the same patterns of ownership as the old industries in South Africa (grossly unequal and racially skewed)?

These questions require us to pause and critically reflect. They compel us to reimagine the concept of work, as we know it today, and education and training.

Perhaps, as a parting thought, one can contend that on the brighter side the Fourth Industrial Revolution will create many new jobs. These are jobs that do not exist today. This means we need to prepare for a type of education and skills regime that currently does not exist.

There are already private education groups, such as Curro, that are far ahead of government in introducing tech-focused schooling models, focusing on skills such as coding and knowledge in robotics. South Africans already have unequal access to education. If the private education sector has already prepared and introduced this reimagined education and training, far ahead of public education, it begs the question of whether the playing fields of access to these skills of the future will be level. Are the marginalised not going to be further marginalised? DM

Thanduxolo Nkala is an advocate of the High Court of South Africa, a social-justice activist and a social entrepreneur.