Kinky Boots – The Musical: SA cast shine bright in this sublime musical for our troubled times 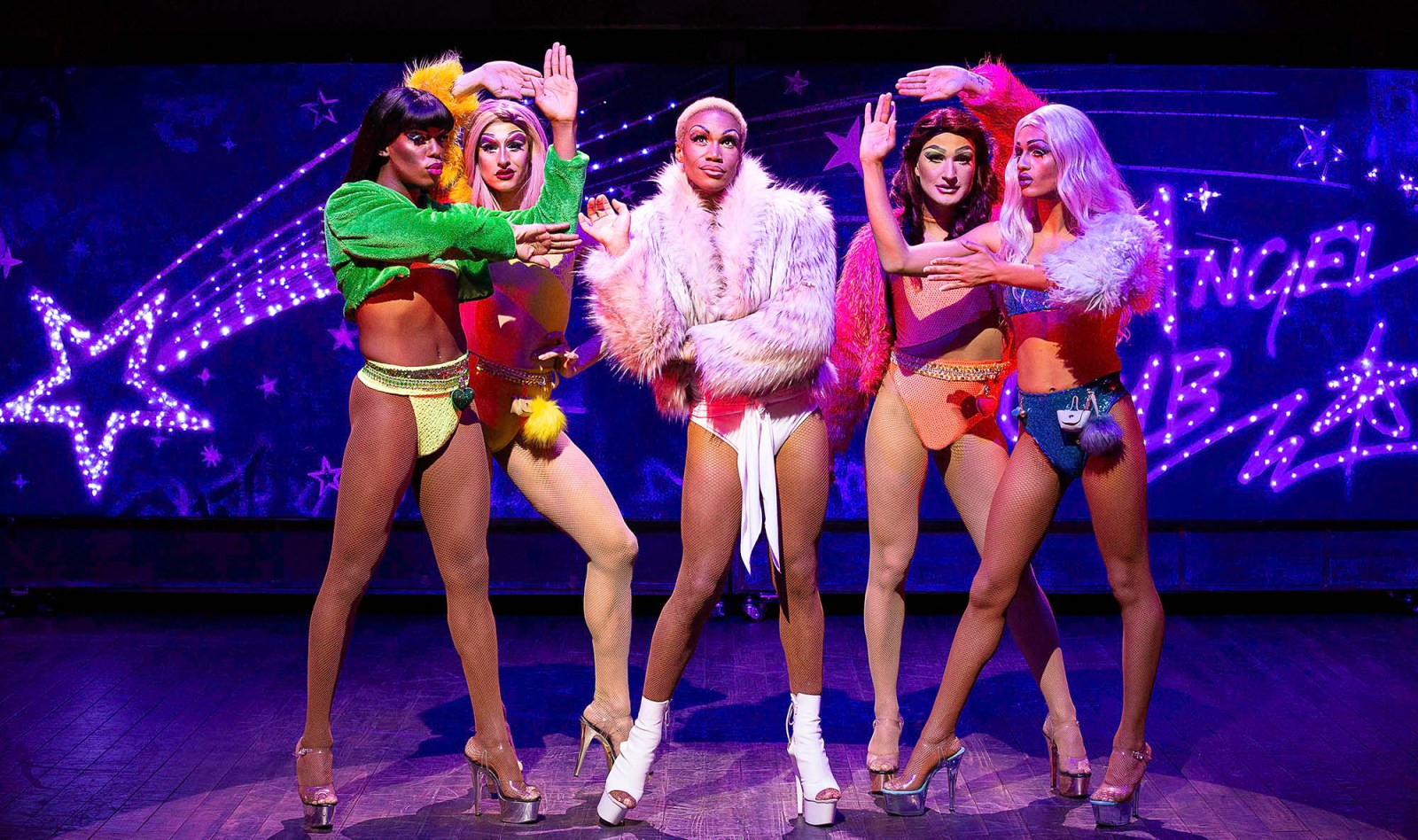 From its origin as a 2005 movie inspired by the true story of an ailing Northampton shoe factory which changes it fortunes catering to a niche market, to its rebirth in 2013 as a multiple-award winning Broadway musical, Kinky Boots has remained a subversive celebration of resistance and acceptance.

Some of us schooled in 1980s feminism have found ourselves having to grapple with the meaning of Drag. For the longest time, this organic feminist in particular, struggled to understand the phenomenon of gorgeous men, dressed in women’s clothes, performing femininity.

Perhaps the struggle for some of us to place Drag on a political continuum was clouded by what appeared to be the mocking laughter of the mostly heteronormative audiences who flocked to watch the “spectacle” of men in women’s clothes. We were ignorant then. We were not yet “woke”.

Since then, the mainstreaming of Drag in mega-shows such as Ru Paul’s Drag Race, has taken what was once an underground act of defiance and placed it firmly centre stage.

Today Drag is a popular choice of entertainment, often for “hen” parties. Those who perform femininity themselves appear to enjoy watching men do so… or something like it. Perhaps women feel safe around men wearing dresses. Whatever the reason, Drag is King right now.

And so it was while watching the spectacular performance of Pretoria Technikon-trained Earl Gregory as one of the lead characters, Lola/Simon, in this dazzling Fugard Theatre production, that the penny finally dropped.

It takes a man to wear a woman’s dress and perform femininity in a world being held hostage by mentally fragile but physically dangerous toxic masculinity.

Trump, Putin, Zuma, Boris Johnson, Berlusconi, Floyd Shivambu, Modi, are only a few examples of this brand of masculinity that oozes covert and overt threat towards anything and anyone which challenges their sense of power and entitlement as big men. In this fragile world, there is no room for difference.

It takes a man to wear women’s clothes in public with self-contained flair, poise and confidence. It takes a man to face the endemic misogyny of the world, dressed as a woman. If you thought it was bad for women, try being a man in a dress. In challenging masculine dominance, Drag helps to chip away at it with a sequinned sledgehammer.

At its warm heart, Kinky Boots is about rearranging mental deck chairs – well, at least for those whose minds have not atrophied beyond salvation – to reveal a world of delightful, nourishing difference, a world that is accepting and embracing.

The book for Kinky Boots is by the much-lauded theatre pioneer, Harvey Fierstein, author of one of the earliest stage works to bring Drag to the mainstream, the 1982 play Torch Song Trilogy.

The score for the production is by veteran New York-born singer Cyndi Lauper, who has sustained a career in music for more than 30 years. She makes her debut here as a composer and has created for Kinky Boots a soundtrack that captures the zeitgeist of Fierstein’s book and which binds the show.

Lauper’s compositions follow the troughs and peaks of this story about Charlie Price (Darren Craig, a graduate of the National School of Arts) who inherits his father’s failing shoe factory as it is about to go bust.

The show is socially and politically attuned to the times, but this message simmers in the background while the song, dance, glitz and glamour render it sparkling entertainment. Everything, from the costumes, the choreography, the lighting, the set, and of course the performances, is faultless.

The story pivots on a chance encounter between Charlie and Lola/Simon, a Drag artist with a flair for design (which Drag queen does not have an eye for design?) and which changes the fortunes of the factory and the workers who were about to lose their jobs. Along the way, a few minds need to be challenged and changed and herein lies the drama.

The score and choreography (by Louisa Talbot) demand much of this large and highly accomplished South African ensemble of dancers and singers who, in this case, more than live up to it all, including Lauper’s exacting musical challenges.

There are many stand-out performances, apart from Gregory, and this includes UCT graduate Namisa Mdlalose (as the love-struck factory worker Lauren) who brings to her character an irresistible charm. Mdlalose’s voice has a life force all of its own.

South African visionary director Matthew Wild has coaxed the best out of everyone on the stage, no matter how brief or small a part they perform. It took two years to find the right people for the right parts and it shows. The Angel Ensemble who surround Lola too are a treat.

The costumes by Birrie le Roux, including the boots and heels that form a central part of the plot, are spectacular and add colour and pizzaz, while Paul Wills’ ingenious set morphs magically from factory interior to club to Milan runway.

Musical direction by the accomplished Charl-Johan Lingenfelder once again showcases this multi-talented artist’s touch, while a 12-piece live band brings the energy and verve that is so vital to the architecture of the show.

Kinky Boots runs at The Fugard Theatre until October. If the real world feels like a cold and nasty place, see this musical, which shows us the way to greater humanity and the potential for a better world. DM