A double bill of operatic proportions

A double bill of operatic proportions 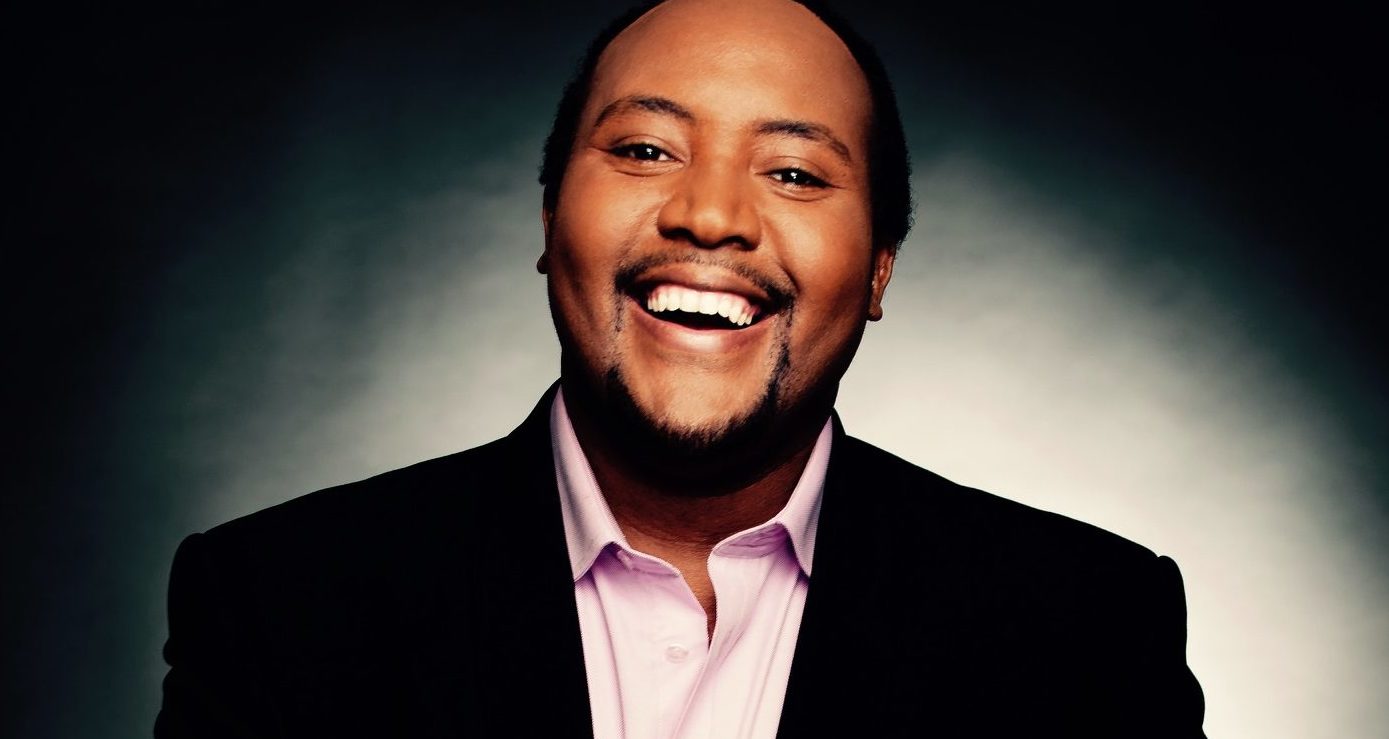 UK-based baritone Njabulo Madlala has put together an extraordinary operatic double feature to be held in Cape Town.

The first is A Night at the Opera, a gala concert at the Baxter Theatre on 20 July featuring arias, duets and excerpts from operas by Mozart, Bellini, Verdi, Puccini, Bizet and more. The stellar lineup of singers includes internationally acclaimed sopranos Goitsemang Lehobye and Nozuko Teto; mezzo-sopranos Violina Anguelov, Bongiwe Nakani and Ané Pretorius; tenors Makudu Senaonana, Sipho Fubesi and Owen Metsileng (who has just returned from singing at the Cardiff Singer of the World competition); and bass Msimelelo Mbali.  Even Menzi Mngoma – the recently discovered opera-singing Uber driver – will also put in a singing appearance.

On the podium will be Kamal Khan, former head of the Opera Department at the University of Cape Town’s South African College of Music.

And the man making it all happen is Njabulo Madlala, a South-African born, UK-based baritone of international renown.

His story is as astonishing and inspiring as anything in a fairytale: Born in a township in KwaZulu-Natal, Madlala has known the lows of poverty and the highs of the international opera world. He grew up in a small two-bedroomed home shared by aunts, his mother, and his grandmother, who was a domestic worker.

“Music was my escape,” he recalls. A successful audition for a choir in Cape Town led to a performance in London – and his life changed forever.

We asked him about putting together a concert of this nature:

“The performers I’ve invited are some of the top South African singers working in opera. Some I have mentored personally, while others are colleagues I have always admired and wanted to work with. It is never easy to get such a brilliant group of artists together who live in different countries. Kamal Khan is coming from the US on his way to Japan and is fitting us in during his break. Goitsemang Lehobye is also coming from the US, and I will be travelling from London. Logistics are always challenging but then determination takes over. Nothing beats singing at home for our own…

“We are lucky to have a few days before the concert to get together around the piano with maestro Khan, something usually impossible for busy artists. In the UK, for example, I usually arrive at a venue in time to rehearse in the afternoon for a concert that evening. Time and money are the issue – if you want to rehearse for three days, you have to pay the venue hire and the orchestra for those days. It becomes prohibitively expensive. But here we do actually have some time to rehearse and collaborate. It’s a luxury.”

He might be based in the UK, but South Africa still holds a special place in his heart and he has devoted much energy and many hours to championing young local singers. He has never forgotten his own “angel”– a stranger, who heard him sing in those early days in London, took him aside and urged him to study opera. She wrote down the address of the Guildhall School of Music and Drama for him, and then disappeared. He never saw her again, but her belief in him gave him the courage to audition – and he was accepted.

His desire to create similar precious opportunities has resulted in the Opera Voices of South Africa International Singing Competition on 28 July – the culmination of 10 days of training and masterclasses.

In 2018, Madlala held the inaugural training programme in Cape Town. The Royal Opera House, English National Opera (ENO), Opera North, Guildhall School of Music & Drama and Umculo Incubator all sent representatives to work with the singers over 10 days. Impressed by the quality they heard, the ENO offered employment to eight singers, who travelled to London and appeared in their (now Olivier Award-winning production) Porgy and Bess.

The Royal Opera House invited two singers to join their current 2018/19 Link Artist Scheme. Bass Msimelelo Mbali was accepted by the National Opera Studio in London to spend a year in training. In addition, three singers were offered scholarships by the Guildhall School of Music and Drama to begin studies there in September 2019.

Choosing 25 singers from hundreds of hopefuls is an art in itself.

“I listen for many things,” notes Madlala. “I pay attention to their mastery of the language they’re singing in, their musicality and their vocal range, but most importantly, the quality of their instrument – their voice. They have to be very talented.

“Over the years, I have heard and worked with so many young South African opera singers. There is so much talent here. To see Simon Shibambu, the first student I ever helped get to the Royal College of Music in the UK, singing on the Royal Opera House stage has been the highlight of my career. It reinforced for me why I do this work and why it is so important that we believe in our young people.”

As in 2018, the Royal Opera House, the Guildhall School of Music and Drama, and the Umculo Opera Incubator are sending their highly experienced vocal coaches to lead the workshops. The competition prizes have been donated by a Durban physician and opera lover, Dr Sicelo Nkwanyana (himself a lyric tenor). Three local choirs will each present a choral piece and the best will win the Opera Choral Prize donated by Diemersfontein Wines, Dr Sifiso Makhanya and iFele Shoes.

The final of the competition will be held on Sunday 28 July at the Hugo Lambrechts Music Centre in Parow, and it’s a musical gift – entry is free! Bookings should be made at Quicket.

Finally, we had to ask: after such a massive musical fortnight, how does Madlala unwind?

“I go back home to spend a week with my mother in Durban. She is a calm presence, and she cooks amazing food! We walk on the beach. I sit at coffee shops or at home, I read, eat and – my favourite pastime – people-watch.” ML

Tickets for the fundraising gala concert at the Baxter are available from Webtickets.