Part Two: Gravitas or gravy? Dealing with professionals who have gone rogue 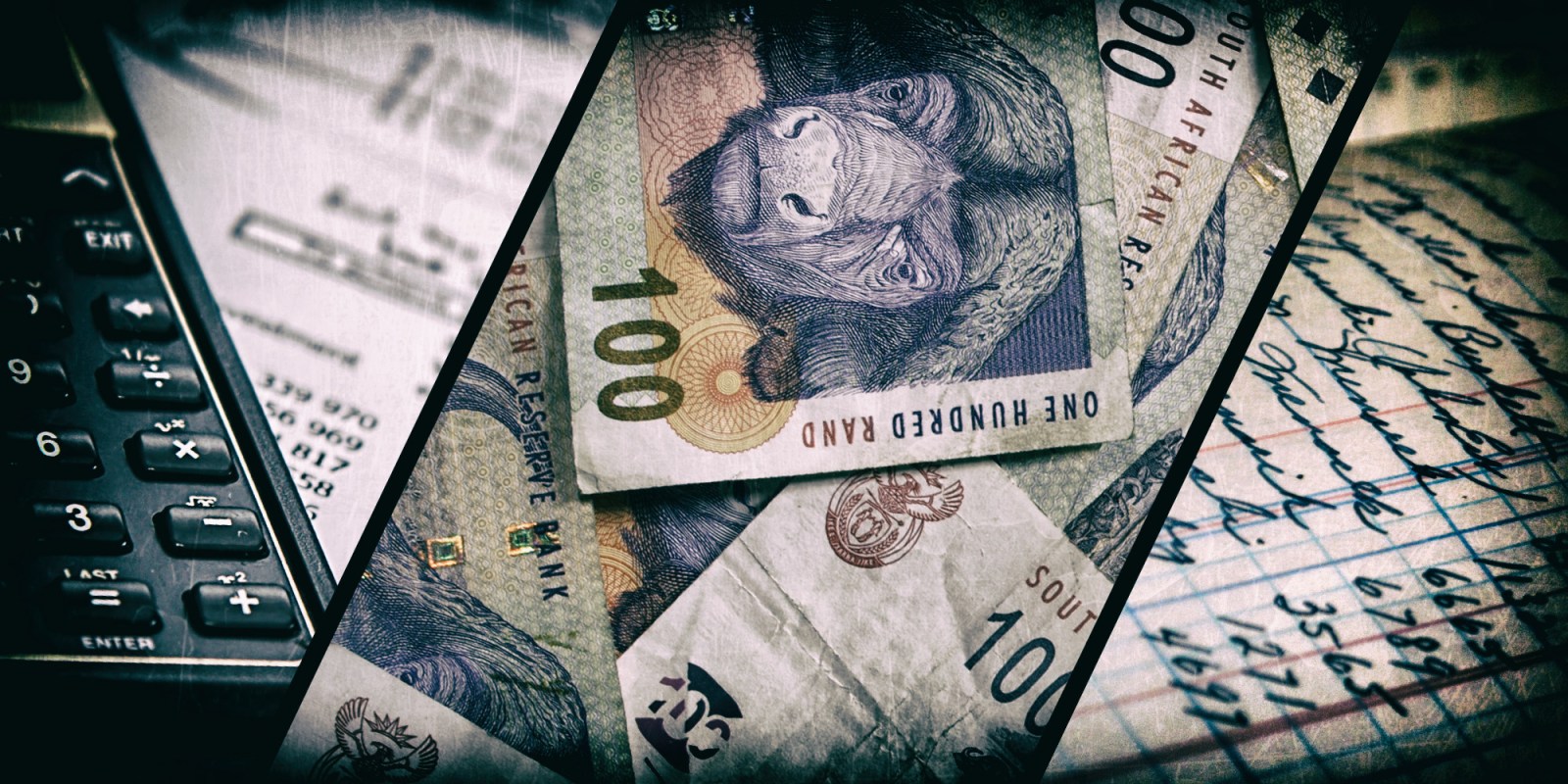 Professions (and the professionals constituting them) need to engage in serious introspection regarding the role that they play and how that role affects the public, says the writer. (Image sources: Pexels/Pixabay and Adobestock)

Corruption and State Capture are two-way streets. A corrupt transaction requires at least two parties — the person seeking to improperly induce, and the person who is improperly induced. But how about those who enabled the transaction? The professionals in the fields of auditing, law, management consulting and accounting using their expertise to help others achieve improper ends? Part Two in a two-part series.

At the 2018 conference “State Capture and its Aftermath” hosted by the Public Affairs Research Institute, John Githongo, a prominent anti-corruption activist from Kenya, described the “usual suspects” in State Capture. One category of persons he singled out as responsible in furthering the State Capture project was “private actors in the service industry” — the people who “design the architecture” that enable corruption. This category of persons, he warned, are often not held to account in the same way as other actors.

His comments were a timely reminder that corruption and State Capture are two-way streets. A corrupt transaction requires at least two parties — on one hand, the person seeking to improperly induce (such as a private business owner seeking a tender) and on the other, the person who is improperly induced (such as the public official who improperly favours a tendering party).

However, very little thought is given to those whose efforts enabled the transaction and, in doing so, may well have breached a duty to prevent it. There are ample examples of professionals in the fields of auditing, law, management consulting and accounting making use of their expertise and position to help others achieve improper ends.

The auditing profession has been in the spotlight as allegations of involvement in corrupt activities continue to come to light. There has been particular focus on the “Big Four” auditing firms KPMG, PwC, Deloitte, and EY. Of the Big Four, KPMG has received the most attention in the context of corruption in South Africa. The firm’s alleged missteps include:

The auditing profession is expected to maintain the highest standards of conduct regarding observance of procedure, avoidance of bias and reporting of irregularities. This is, after all, the reason that audit reports are trusted as authoritative sources in the financial condition of audited entities. The regrettably improper actions of certain auditors — particularly those at large, well-resourced firms which should have had mechanisms in place to detect and eliminate such behaviour — have jeopardised the public’s confidence in the profession generally.

The South African operation of UK firm Hogan Lovells has attracted disapproval from both within South Africa and abroad. The firm was criticised for issuing a report that was used by former SARS Commissioner Tom Moyane to clear a senior official, Jonas Makwakwa, of wrongdoing.

Makwakwa was accused of money laundering after R1.7-million in cash deposits into his bank account were flagged by the Financial Intelligence Centre. Hogan Lovells has rebutted the allegation that it was involved in impropriety, arguing that the investigation mandate it received did not include criminal conduct.

It is reasonable to question how any lawyer can act in defence of those charged with engaging in corrupt practices, including facilitating State Capture. The response to that question is this: Lawyers have a duty to uphold the law, even where the law operates to protect those others consider unsavoury.

At least two caveats must apply. The first is that attorneys and advocates have obligations as officers of the court. They are not entitled to use their knowledge of the law to circumvent the law to favour their clients. Where law is open to interpretation, they may propose interpretations that advance their client’s interests. They may not, however, act unlawfully.

But there is another type of conduct that is deserving of criticism, even if not technically unlawful: The adoption of what has come to be known as the “Stalingrad defence” strategy. This strategy involves avoiding the merits of a charge being heard and decided by a court by instead mounting a series of procedural challenges. Many of these challenges ultimately prove to be without basis and serve only to delay proceedings and/or exhaust the pockets of the person bringing the charge through frivolous litigation.

This style of legal defence should be called what it is: An abuse of procedural safeguards, an unnecessary burden on the already overloaded court system, and an unfair advantage conferred on the wealthy as a means to avoid justice. Litigators who advise their clients to engage in Stalingrad tactics are deserving of censure. It is particularly objectionable when state resources are used to facilitate such a strategy.

The influence of management consultants has had profound effects on South Africa in the past few years. That influence extends to State Capture as well. One example of this is international consultancy Bain & Company, which was found to have been involved in the “seizing” of SARS. The disastrous restructuring of SARS under Bain’s advice has had real and deleterious effects on the South African public, including the acutely felt increase of the value-added tax rate.

Another global management consulting firm, McKinsey, undertook consulting work for Eskom without a proper contract in place. The firm has now repaid R902-million paid to it by the state-owned entity.

The accounting profession is also not immune to charges of involvement in grand-scale corruption. In 2018, in an affidavit to the Zondo Commission, Angelo Agrizzi named two professional accountants as having been involved in the payment of bribes to top government officials. They are now subject to investigation by the South African Institute of Professional Accountants.

Who is responsible for preventing misconduct?

Could regulators — that is, those responsible for overseeing professions, whether professional associations or creatures of statute — have been more active? There are some proactive steps that can be taken to prevent misconduct from arising in the first place. Some suggestions include:

When professionals organise themselves into a firm, they become at least partly responsible for their collective conduct. Codes of conduct should therefore clearly state that they are binding on firms as well as individual practitioners, as is the case in the legal profession.

It is imperative that firms have a whistle-blowing policy in place. The Protected Disclosures Act creates an obligation on employers to create internal procedures for receiving and dealing with disclosures and to take reasonable steps to make these known to their employees. These procedures give a voice to professionals within firms to raise concerns about impropriety — even if committed by others within the firm — while still enjoying protection under the law.

Firms are in control of their corporate culture and the tone is set from the top. Those in management roles must promote a culture of ethics, in both word and action. This may, at times, involve refusing work where the nature of the instruction or the client suggests impropriety is at play. Short-term monetary gain must be weighed up against the potentially disastrous consequences.

Professionals themselves have two very obvious duties when they discover malfeasance. The first is — of course — not to participate in it themselves. The second is to report it. The manner and procedure of reporting is usually determined by applicable codes of conduct and internal procedures. The Protected Disclosures Act contemplates instances where an employee’s disclosure is protected even if he or she does not use internal reporting channels.

If professionals are caught and found guilty of misconduct, consequences must follow in the form of sanctions. These can include the payment of compensation to the complainant or a fine. It can also include the removal of accreditation or exclusion from membership of a professional association. The threat of exclusion or withdrawal of accreditation can be a strong disincentive against misconduct, particularly if the professional is no longer entitled to practise, as it removes their source of income.

Professionals can, of course, also be held criminally liable should they engage in conduct that is prohibited by law, such as the Prevention and Combating of Corrupt Activities Act or the Prevention of Organised Crime Act. Criminal liability may also follow from contraventions of the Companies Act.

In conclusion, professions (and the professionals constituting them) need to engage in serious introspection regarding the role that they play and how that role affects the public. They need to acquaint themselves with applicable legislation, rules, codes of conduct and ethical guidelines in both form and substance. They need to refuse work if they believe that accepting it will bring them into conflict with these rules. They need to be aware of their colleagues’ conduct as well as their own, acknowledging that bad actors can bring entire firms into disrepute.

At a time when South Africa is attempting to pull itself out of the mire of State Capture and endemic corruption, the country needs its professions to work not just in their clients’ interests, but for the public good as well. DM

Cherese Thakur is a legal researcher at the Helen Suzman Foundation. Her research focuses on issues of State Capture, corruption and public maladministration.