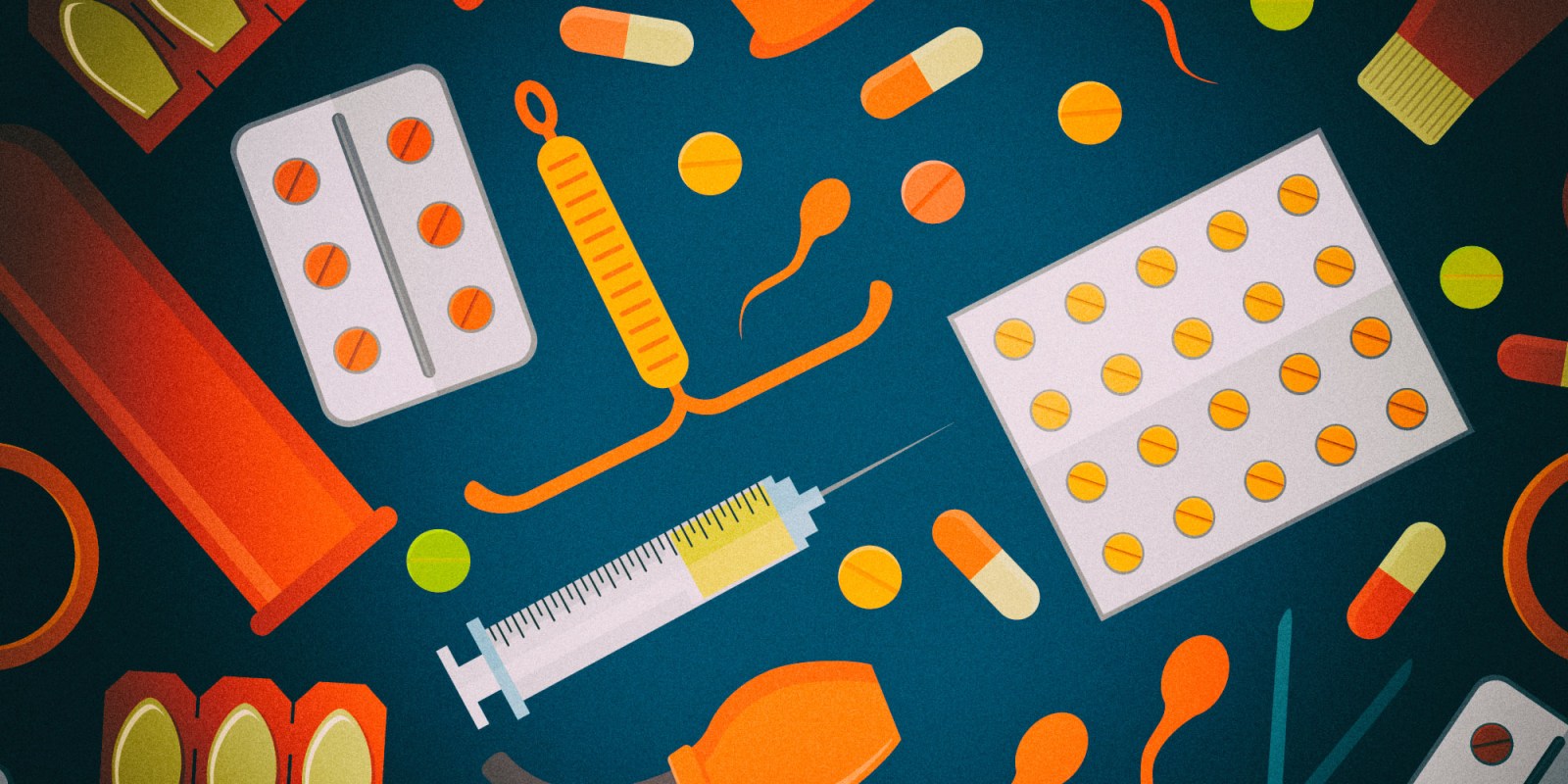 Sexual and reproductive health rights are enshrined in the Constitution, but in reality, young women seeking contraception at clinics are often denied full access to these rights.

Palesa Mkhize is a 23-year-old graduate from Rhodes University. Like many South African women, she depends on the state health system for her reproductive and sexual health needs.

Mkhize has been using a contraceptive since 2015 when she began her studies. She went to the clinic on campus, where the nurse recommended she use the Depo Provera injection (Depo shot), which is administered every two months.

“It didn’t feel like she was giving me a range of options. The way she presented it was like, ‘All the young ladies are going on this contraceptive, you should too.’ It felt almost like she was saying hurry up and get the injection.”

Mkhize started using the injection but soon gained weight and had mood swings.

She stopped taking the contraceptive while on holiday because her local clinic did not stock it.

“Being on the injection was tough. I gained a lot of weight. So I decided to go on the pill. When I wanted to switch and wanted more options when it came to the pill, the nurse at the time only made two options available for me: the shot or the pill,” said Mkhize.

Mkhize says more information on the side-effects of the Depo shot in the beginning would have helped her make a better decision.

Her experience is not an isolated one.

Lulama Shongwe, 25, is a final-year postgraduate LLB student who started using contraception as a first-year student in 2013. She decided to use the campus clinic as her mother was against birth control and she could not afford to go to a private doctor.

As Shongwe did not like the idea of having to take a pill every day she settled for the Depo shot. However, on an occasion when she had to get a repeat injection, she was convinced by a nurse to take a different brand.

“The nurse that I was seeing pressured me into using the Implanon. She kept telling me that it is new and everybody is into it and it’s really popular.”

Dr Manala Makua, chief director: women, maternal and reproductive health at the department of health, says clinics are meant to offer five forms of contraceptives, and no preference pressure should be exerted by the nurse. 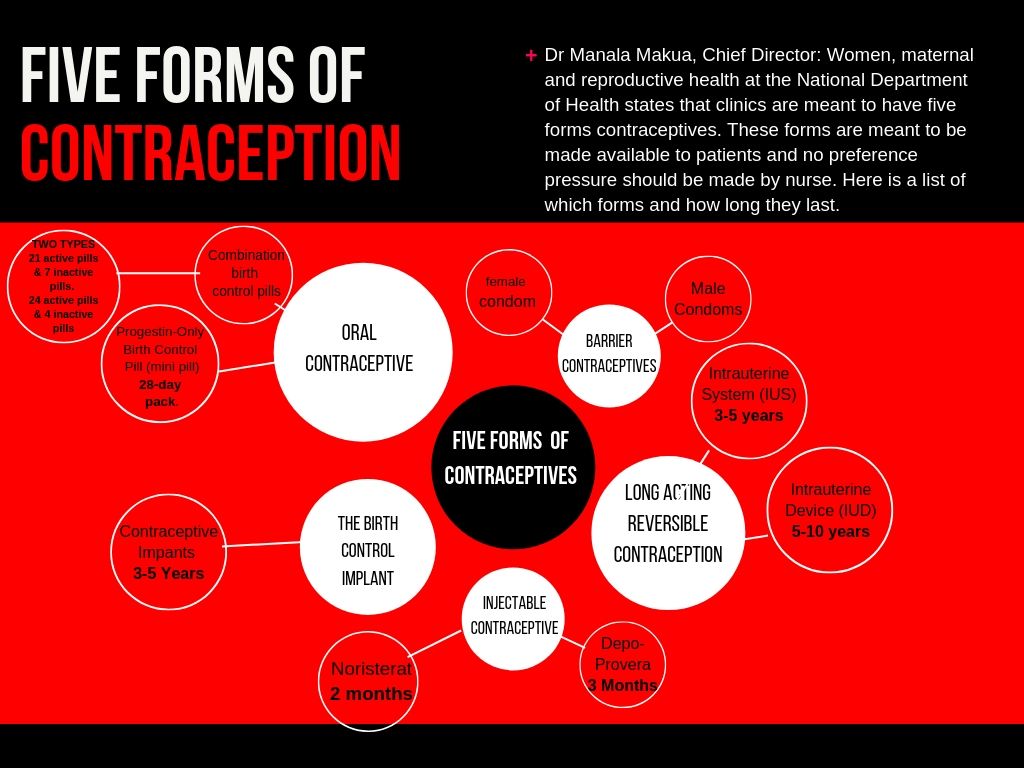 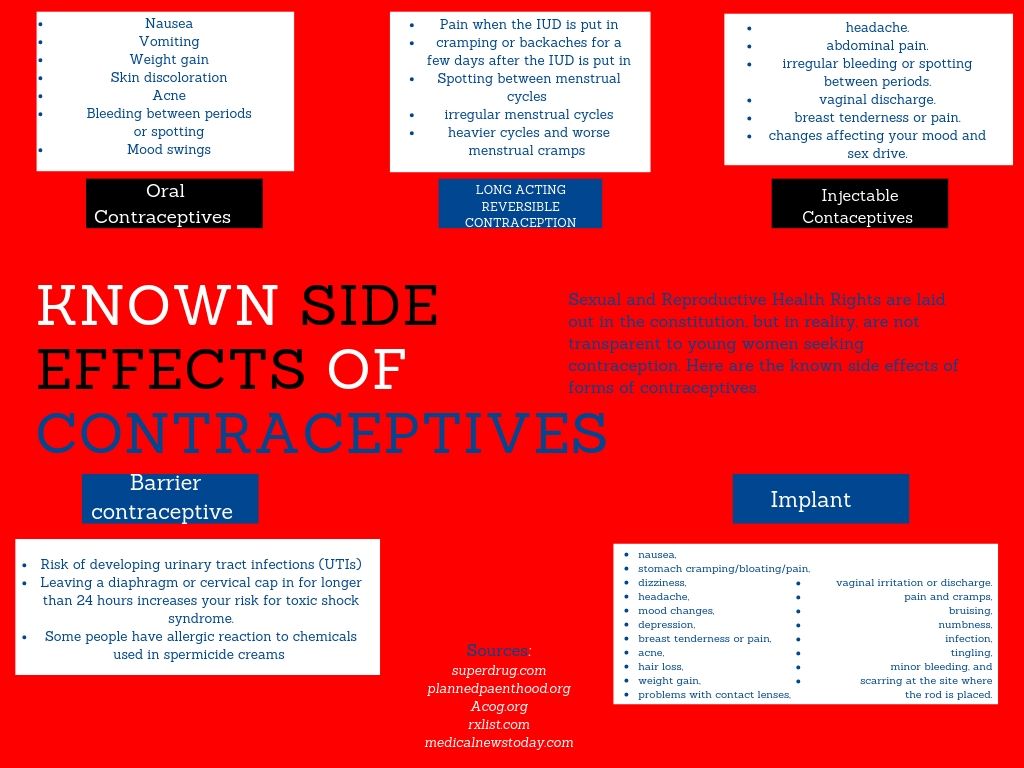 Neither Mkhize nor Shongwe was aware that five forms of contraceptives are meant to be on offer at state clinics, raising questions over whether the nurses were adequately trained.

Sexual and reproductive health rights expert and activist at the African Youth Advisory Council, Dr Shakira Choonara said there were many reasons why information was not being passed on, including inadequate training of nurses and inadequate choices being offered to the clinics.

“It could be linked to outdated training received or training not adequately tailored to sexual and reproductive health rights. There is also the poor training around contraceptive choices, clinic availability of the different choices, and a nurse deciding what is best for the patient given other factors, for example, experience, workload and bias,” said Choonara.

Dr Tlaleng Mofokeng, a sexual and reproductive health rights expert from Nalane for Reproductive Justice, said a nurse’s workload could affect the choices she offered patients.

“They see a long line and that’s when you see cases of nurses having the attitude of ‘Don’t ask me too many questions,’” Mofokeng said.

“Our nurses are all qualified nursing sisters with many years’ experience. We also ensure that our staff remain updated in terms of their training. For instance, Implanon is a relatively new form of contraceptive, and one of our sisters is trained in doing the implantation,” Pieterse said.

But poor information flow is not only a problem in the state sector.

Aviva Lerer, 23, a graduate from Cape Town, has been taking oral contraceptives for more than three years, through the advice of a doctor who she described as a “conservative Christian”.

“The first time I wanted to go on contraception, he immediately suggested the pill and did not inform me or make me aware of other types. Then when I wanted to go on another form, he was so disapproving and saying that it was too extreme and stuff,” Lerer said.

“It’s not an easy right to access. When they want knowledge of contraceptive technologies, there is so much judgment. And then what contributes to it is the added fear based on messaging from home and/or religion,” Wasserman said.

Mkhize said the clinic did not inform her about the side-effects of the pill, or how it would react with the antidepressants she takes.

“I was on Oralcon first. Then three months later, when I went back to get a refill, they gave me Nordette without telling me how it would affect me or anything. They just said, it’s okay, it’s not that different,” Mkhize said.

Shongwe said when she went on Implanon, her menstrual cycle lasted longer than usual, which a nurse at the clinic told her was normal. When she revisited the clinic she was instructed to take the placebo pills in the oral pill pack.

“I was basically on double contraception. It was awful.”

Choonara said this issue comes back to the training of nurses and health professionals and the need for more people to speak out.

“On the one hand, we want to provide contraceptive choices for adolescents and women, which is essential. But on the other, we have for too long ignored the voices around the side-effects women are experiencing. Almost all contraceptives are approved through rigorous methods but we should not discount the patient experience and more attention needs to be paid to this.”

So what is the solution?

Mofokeng says training and getting rid of any stigma is crucial. She believes healthcare professionals should learn what their responsibilities are in ensuring that the sexual and reproductive health rights are upheld.

“Because sexual and reproductive rights are so stigmatised, especially for young women, it doesn’t translate into services. The focus should be on the fact that people who provide the services don’t know the rights themselves. And they make it so that young women are to blame. That should stop.” DM

*At the time of publication the department of health had not responded to further questions on the matter.