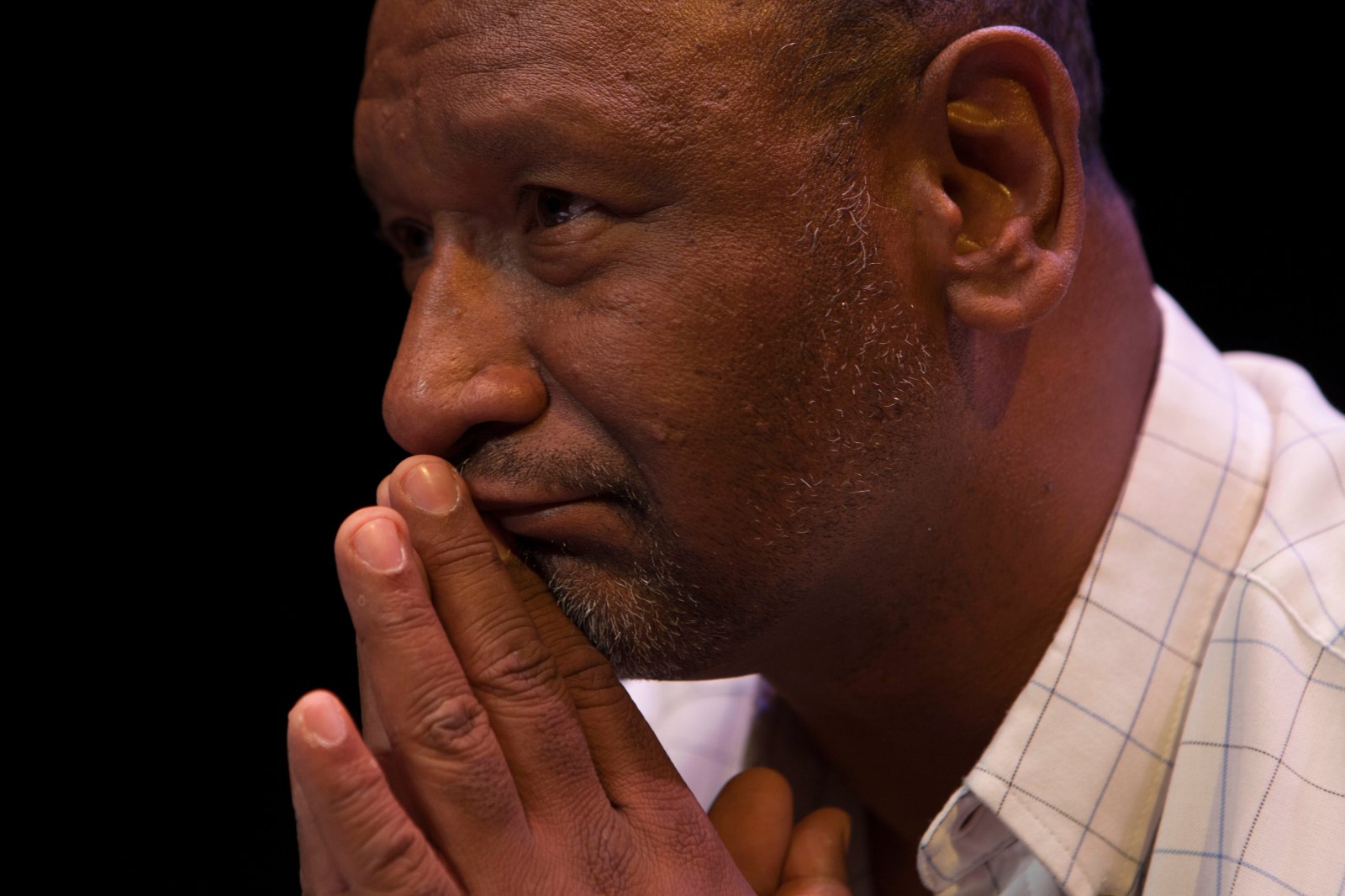 Zane Meas, well-known for his television roles in 7de Laan and Scandal is the writer and performer of a remarkable tribute to Chris Van Wyk, the famed South African author who died in 2014 after battling cancer.

The one-man show is running from 12 to 29 June at the Baxter Theatre and is directed by Christo Davids (also 7de Laan). The play pays homage to Van Wyk’s political activism, his humour, and most importantly his love for storytelling.

The play imagines Van Wyk suspended between life and death in a place called “somewhere between here and there”.

“I just saw him and this voice calling him and he’s going ‘wait, wait, wait!’” Meas told Maverick Life. In this place, Van Wyk is trying to latch on to memories. The memories are a metaphor for his 57-year life and the wealth of writing he produced in that time.

From here Van Wyk (played by Meas) speaks directly to the audience, sharing his autobiographical tale, which begins in the poor suburb of Riverlea, “somewhere” – again – between Johannesburg and Soweto.

The pair – who are both from Riverlea – first met when Meas performed in Flats (a play adaptation of one of Van Wyk’s short stories). After winning an award at the Regional Arts Programme for his role, Meas was inspired to pursue a career in acting. He would later play Van Wyk in the production Shirley, Goodness and Mercy (2008).

The play teaches us the value of literacy, but most importantly, that stories can be found anywhere: from books which are “like magic”, to comics, and in the small town of Riverlea, through gossip. This involves the art of eavesdropping on conversations, an anecdote that Meas shares from Van Wyk’s novel Shirley, Goodness and Mercy.

Humour is spread throughout the play, as Meas moves skilfully between tales of Van Wyk’s life and his poignant writings. “He brought humour into sad moments. I wanted to show that in the play,” said Meas.

In the play, the actor also portrays a young Van Wyk whose ambitions to become a writer surface in a few words: “I’m going to tell stories that are funny and sad at the same time”.

But he doesn’t shy away from the barriers to entry facing writers of colour at the time: “All the writers are white,” says Van Wyk on stage, lamenting his slim chances of realising his dream.

Although the play doesn’t focus on apartheid-era politics it makes subtle hints. The poem In Detention which Meas recites, describes the near comical excuses given by the apartheid-era police when activists died “mysteriously” in detention. Such as: “He hung from a piece of soap while washing.”

All these elements are what made Van Wyk a remarkable writer, which is why Meas wanted to pay tribute to his long-time friend. He initially approached Van Wyk’s wife, Kathy, with the idea for the play.

“She had also been diagnosed with cancer but she was in remission,” he said.  Kathy and her son Kevin supplied Meas with material to write the play.

“They were a great help, with the pictures and the letters and the recordings.” Meas describes a recording Van Wyk made six days before his death. “He would stop and pause, and you could hear him pausing because of the pain, but then he’d make a joke. That’s who Chris was.”

This certainly came across, in a way that made audiences cheer, holler and break out in raucous laughter. And seldom does one come across a play where audiences young and old can say they were thoroughly entertained. ML