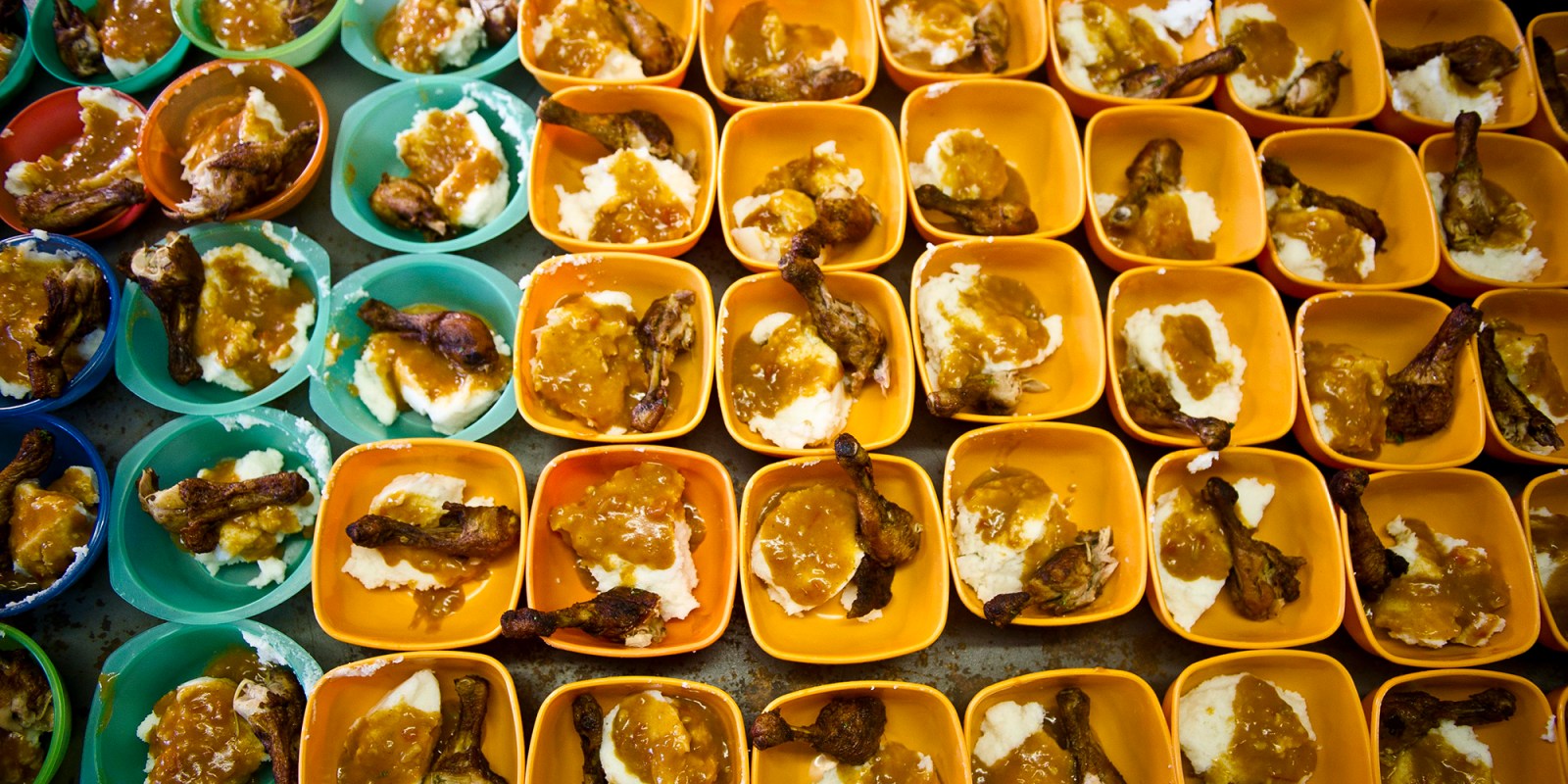 Hunger does not allow for a decent life. Hunger prevents children from optimal development and learning and prevents adults from being fully productive members of society. It is not a ‘nice to have’ for the realisation of the SONA’s full vision, but a basic necessity.

President Cyril Ramaphosa’s commitment to ensuring no one goes to bed hungry within 10 years is welcome. To begin to rebuild the massive trust deficit that has built up between the state and its citizens, it is crucial not only that this goal is achieved, but that throughout the next years it is seen to be met.

Taken out of context, this is an admirable goal. However, headlining this goal constitutes a sleight of hand in terms of our national development, and one that leaves a bitter taste. What we witnessed was a fundamental downscaling of a goal of the National Development Plan which committed to ensuring that everybody would be lifted above the middle (lower bound) poverty line by 2030.

Now, the government’s grand goal is to ensure that no one falls below the lowest poverty line, the food poverty line. It may not have been done with ill-intent, but the shifting of goals without acknowledgement of such a dramatic step appears to contradict the lip service paid to the importance for the nation of addressing poverty and inequality and calls for greater scrutiny of that promise.

Understandably, given the economic vulnerabilities of the state, great emphasis was placed on the macro issues of governing. The SOEs, we are told, are “too big to let fail”. While this is true, who is looking after the micro – the well-being of the populace? Is enough being done to reassure the populace that their rights are paramount, rather than just messaging external national lenders?

The goal of eliminating food poverty, or hunger, is a necessary step towards the state’s constitutional obligation to ensure that everybody’s inherent right to dignity is met. Hunger does not allow for a decent life. Hunger prevents children from optimal development and learning and prevents adults from being fully productive members of society. It is not a “nice to have” for the realisation of the SONA’s full vision, but a basic necessity. Alongside the rights to equality, dignity and life contained in the Constitution, the right to sufficient food is a stand-alone right, contained in Section 27.

Food poverty constitutes the lowest of the three national poverty lines. The latest (2018) food poverty line (FPL) is R547 per person per month. The FPL is “the amount of money that an individual will need to afford the minimum required daily energy intake”.

The last Poverty Trends report was released by StatsSA in 2017. According to this report, 25.2% of South Africans fell below the 2015 FPL level, which meant 13.8 million, or one in four South Africans daily go to bed and wake up hungry.

While the focus of many is rightly on righting the state of economic play, is enough being done to ensure our approach to poverty eradication is receiving the necessary attention too? It does seem as if we are operating in fits and starts, frequently without any progress until challenged by organisations of the poor through the courts.

In April 2019, 12.3 million poor children received the child support grant (CSG) of R420 per child per month. This amount falls short of the basic FPL by R127. We have unacceptably high stunting levels of children under the age of five – 30% for boys and 25% for girls. This is an immediate comment on the adequacy of food available to children. An obvious policy response would be to index the value of the CSG to the FPL, which is one of the strong recommendations handed down to government by the UN Committee on Economic Social and Cultural Rights at the end of 2018.

Working-age people face a much greater challenge in terms of meeting their daily survivalist needs. Despite there being (another) constitutional right to social security, there are no grants available to working-age people between the ages of 18 and 59, as working-age people are meant to provide for themselves through employment.

According to our last employment data, 6.2 million people were officially not employed, with a further 15.8 million working-age people defined out of the unemployment figures by being categorised as “not economically active”. This includes three million people who have given up actively looking for work, and 70% of the formally unemployed people are known as “long-term unemployed” – they have been unemployed for longer than a year. Globally one year is the marker of re-employability.

Poor people older than 60 are able to access a means-tested state old age pension of R1,780 per month. In April 2019, 3.5 million poor older people were in receipt of this monthly pension. While it is set substantially higher than any of the poverty lines, in reality, it is used to support many more poor household members than the eligible pensioner.

Given the structural exclusions of the majority of working-age people from the productive economy, we suggest that the simplest step to meeting our national goal of ending food poverty by 2030 is to provide access to a (means-tested) basic income grant. For working-age adults, this does not necessarily have to be rolled out at the FPL level, but can be progressively increased. The economic impact of giving spending money to the poor is globally documented. If we want people to buy local to positively disrupt the current negative economic growth, people need to have access to money.

About 14 years ago, Brazil had a similar inequality and income profile to ours. Under President Lula da Silva, a phenomenal programme known as Bolsa Familia was introduced of both conditional and non-conditional cash grants. These interventions fell under the Zero Hunger programme of the state. Each qualifying household that fell below the extreme poverty/food poverty line, was issued with a monthly cash grant that brought it up to the FPL. This dramatically reversed the poverty and inequality levels.

Ramaphosa referred to immediate-, medium- and long-term goals. We believe that earmarking the food poverty line should not be the goal of our intervention, but a 2030 progress marker towards the attainment of a decent life for all.

In 2018, a decent standard of living level (DSL) was released in South Africa. This work, funded by the department of social development, was the culmination of a number of years’ work.

The same income data showed that just 3%, or 1.7 million people, living in South Africa were able to afford a decent standard of living. The National Development Plan (now back on the table) speaks of the necessity of a consensually developed DSL as the bedrock for social cohesion. It behoves policymakers to be bold enough to use the tools that exist, rather than adopt the veil of developing parallel unambitious and often ambiguous tools which delay any transparent performance or delivery.

Poverty and inequality research abounds in South Africa, but is often fiercely guarded by researchers, or inappropriately disregarded by the very policy makers who claim empirical evidence as being optional to optimal policy development.

We offer concrete steps forward in an attempt to safeguard the realisation of this downgraded poverty goal:

South Africa is in a crisis. Given the evidence emerging from the corruption commissions, this is to be expected. We argue that stabilising the macro demands is not sufficient to effect the transformative changes required for a decent life. The soft references in the SONA to Star Trek as we are exhorted to boldly go into our future is more welcome a theme than the “last days” described in the Biblical Acts of the Apostles in which young men see visions and old men dream dreams.

Let us boldly respect the need for the micro policies as well as the macro policies, reassuring all teachers of grammar, and future-proofing our national development. DM

Isobel Frye is director of Studies in Poverty and Inequality Institute, a not-for-profit research organisation based in Johannesburg.