ConCourt finds it may have an opinion, but no jurisdiction over removal of Mrwebi and Jiba 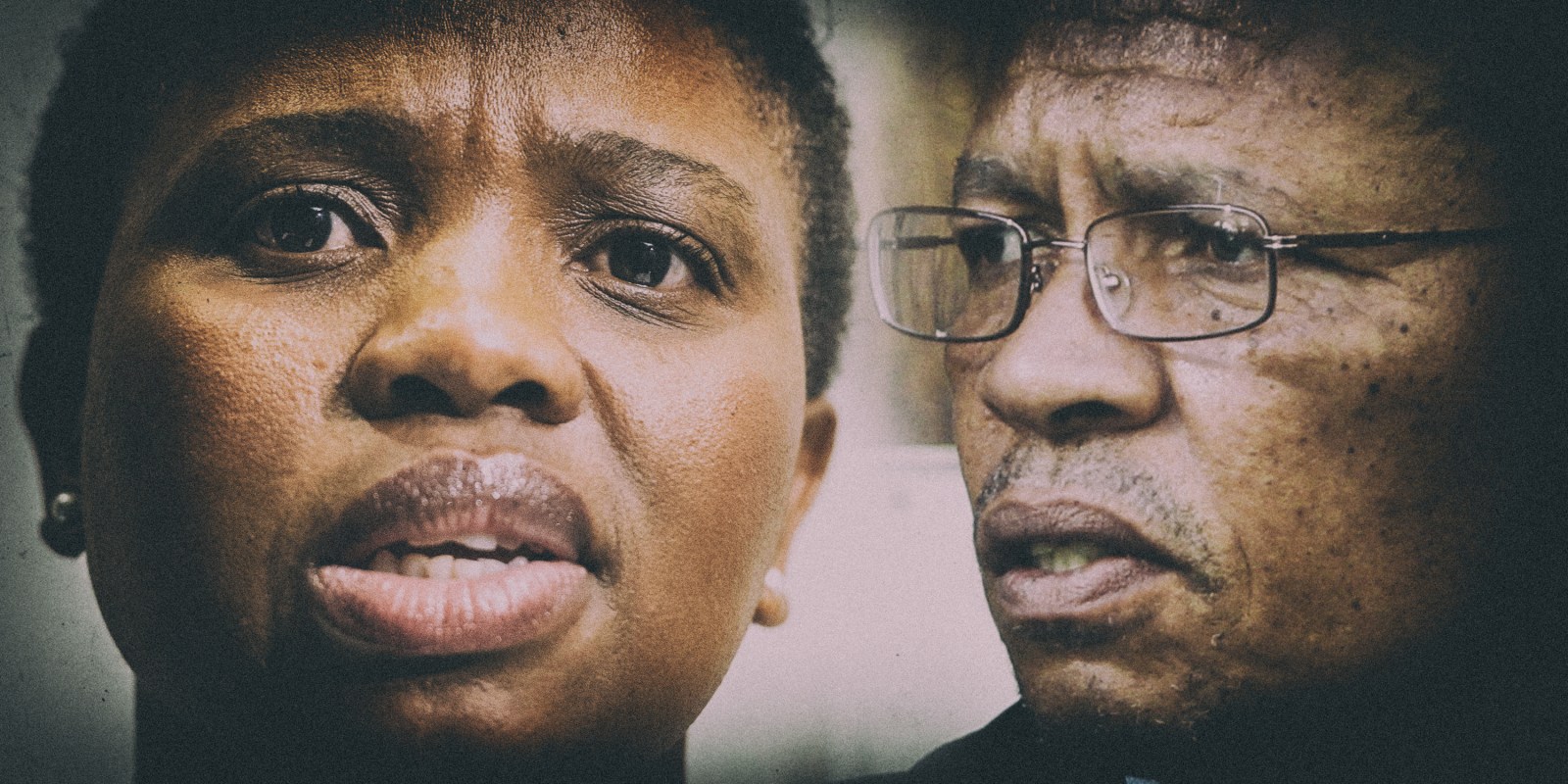 In their fight to keep former NPA senior officials Nomgcobo Jiba and Lawrence Mrwebi off the roll of advocates, the General Council of the Bar approached the Constitutional Court to dismiss the Supreme Court of Appeal’s decision to reinstate them as advocates. However, the ConCourt says the GCB failed to show why it must get involved in the matter.

On Thursday 27 June 2019, the Constitutional Court ruled that the General Council of the Bar’s application to remove two former senior NPA officials, Nomgcobo Jiba and Lawrence Mrwebi, from the roll of advocates had not been “established that the matter falls within the jurisdiction of the ConCourt”.

According to the ConCourt, the GCB failed to show that Section 7 of the Admission of Advocates Act 74 of 1964 (The Admission Act), on which its argument stood to remove the two officials as advocates, as “intrinsically” a “constitutional issue”.

Furthermore, it noted that “the interpretation and application of the Admissions Act” does not raise a constitutional issue that the ConCourt should adjudicate on.

Jiba’s lawyer, Jola Mavusa, has indicated that this proves his client’s case. According to Mavusa, he awaits Parliament’s decision on whether to uphold the President’s decision to dismiss Jiba from the NPA.

However, the President’s spokesperson, Khuselo Diko, told PowerFM that the President has no intention to reinstate Jiba and Mrwebi, and that the GCB’s case had no bearing on his decision to fire them from the NPA.

Jiba and Mrwebi have been the subject of much criticism for their actions during their time in the NPA, and more specifically how they handled the corruption case of former Crime Intelligence boss Richard Mdluli, and wrongly instituted the racketeering charges of former KZN Hawks boss Johan Booysen and their part in the Spy Tapes debacle.

And after a two-month-long inquiry into their fitness to hold office at the NPA, Justice Yvonne Mokgoro submitted a damning report to President Cyril Ramaphosa. Subsequently, the President took Mokgoro’s recommendation and dismissed the two senior officials from the NPA.

Thursday’s ruling by the ConCourt goes back to April 2015, when the GCB instituted an application in the Pretoria High Court against Jiba, Mrwebi and Sibongile Mzinyathi, North Gauteng Director of Public Prosecutions, to be struck off the roll of advocates.

The High Court then found that both Jiba and Mrwebi were not fit to continue to practice as advocates, and dismissed the case against Mzinyathi.

And although the finding was based solely on the Mdluli case, the High Court found that no case was made against their conduct in the Booysen matter.

Jiba and Mrwebi appealed the judgment at the Supreme Court of Appeals. By majority decision, the SCA reinstated the two senior NPA officials as advocates.

The SCA had found that the GCB failed to prove the allegations of misconduct by Jiba. However, it ruled that she was fit and proper to remain as an advocate.

However, they concurrently found Mrwebi not to be fit and proper to practise as an advocate as a result of his “alleged offending conduct”, but found that it would be inappropriate to strike him off the roll of advocates as he did not “personally gain from his action”.

When the GCB sought an application for leave of appeal the SCA decision at the ConCourt, they “submitted that the application for striking off is a unique statutory process of a disciplinary nature” and “contended that this issue raised constitutional issues, given that it calls for the interpretation and application of the NPA Act”.

However, the ConCourt held a different view, that Section 7 of the Admission Act into the roll of advocates raises constitutional issues.

According to the ConCourt, by failing to show that they sought to “protect a constitutional right”, they were not able to establish that “the matter falls within the jurisdiction of the ConCourt”.

ConCourt conceded that all that the GCB “sought to do was to enforce the Admission Act, so as to protect the public and protect the proper functioning of the administration of justice”; however, this does not fall within its jurisdiction.

Furthermore, the ConCourt remarked on the “apparently incorrect determination of facts by the majority of the SCA” when adjudicating the case against Jiba and Mrwebi; however, this “does not raise a constitutional issue”.

“If what is at issue in a particular case is a determination of facts, it follows that the jurisdiction of this court is not engaged,” said the ConCourt.

The ConCourt added that “of importance to note in this regard was the divergence between the majority and minority in the SCA did not flow from the application of legal principles, but from an evaluation of the facts”.

It’s a matter the ConCourt says it has no jurisdiction over, even though it might have an opinion. DM