Build your own burger from the bottom up 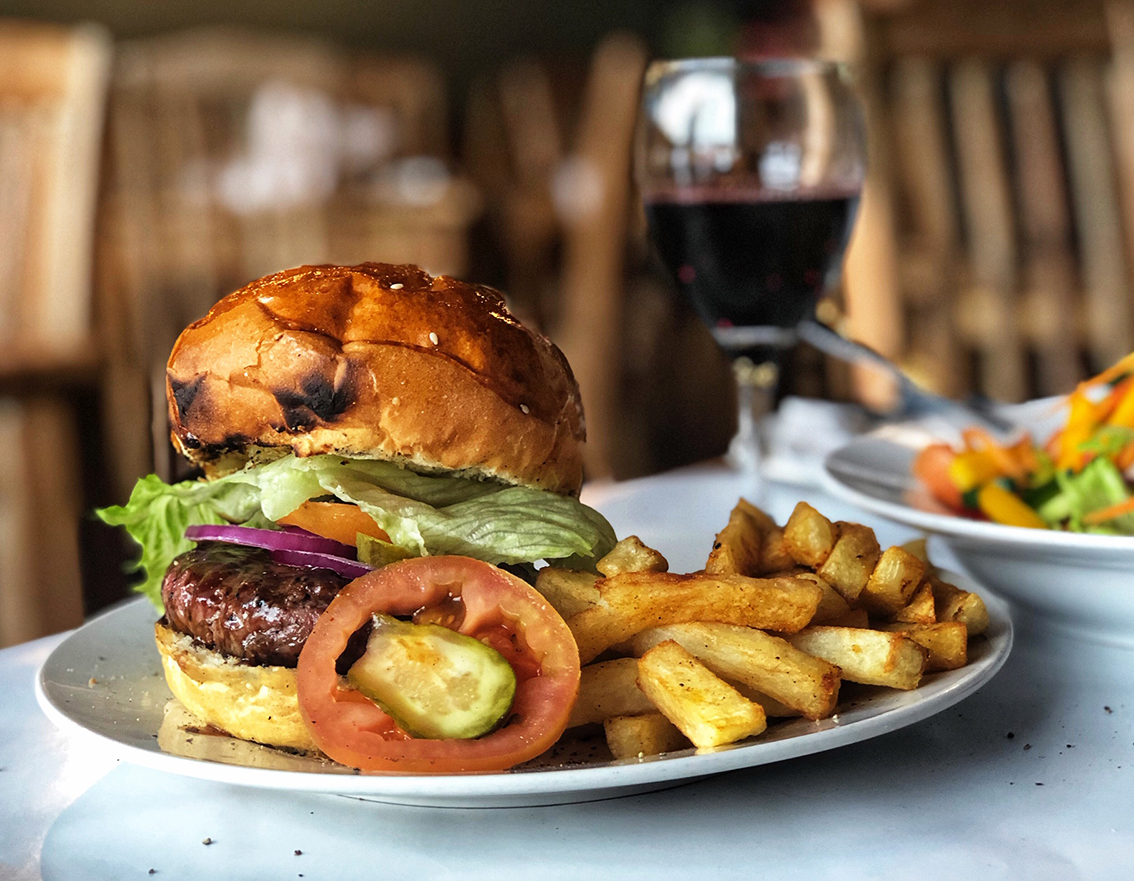 Craft Burger Bar is perfect for picky eaters who get to tick all the right boxes.

Dining out is one of life’s greatest pleasures – or at least it should be. For picky eaters it can be a nightmare, and listing a bunch of off-menu requirements, like dressing on the side, no tomato, extra onion and so on can drive a waiter – and the kitchen – mental. Don’t even get started with the allergies and intolerances…

At Craft Burger Bar, which has branches in the Cape Town CBD and Sea Point, all these responsibilities are placed in your hands. The man behind it all is Russell Shapiro, whose burger background is solid; he used to own Café Manhattan in De Waterkant, which was famous for its towering burgers with delicious toppings.

Craft has a list of “standard” burgers which are anything but. The Lakeside is topped with mozzarella, bacon and onion marmalade; the Century City is a cheese lover’s dream with Cheddar, Camembert and blue, with sautéed onion and a dollop of tangy mayo. Good old-fashioned monkey gland sauce (no monkeys or glands, and a South African invention) makes an appearance on the Mfuleni, along with grated Cheddar and fresh chillies.

Now, you see here would be my problem: I wouldn’t want the fresh chillies. I’m a sissy when it comes to burny stuff, and not afraid to admit it. Sure, when you’ve galvanised your palate and tongue with years of heat and are as used to it as I am to salt and your food tastes bland without it, go right ahead. Personally, I prefer my meal not to hurt me, wherever possible.

It’s at this point you flip the page over and begin consulting the extensive options for building your own burger, with boxes to tick and your name at the top.

Step one: choose your protein. Beef begins at 100g and ranges to 220g. Double patties are not frowned upon. You can also have chicken, extra chicken, vegetarian, or steak – fillet or sirloin. Next, a bun. Whole, half, or none. Genius. Most times I have a burger, I only eat the bottom half of the bun; none at all suits the low-carb folks or the gluten-intolerant. The third step is the meat temperature, and fourth is toppings, of which you can pick up to four: lettuce, tomato, olive tapenade, gherkin, pineapple, sautéed onions, red onion, mayo or chillies.

That’s pretty much a basic burger, made your way. The pre-designed ones all come with a 160g patty, lettuce, tomato, red onion and gherkin, and chips. But we’re not done yet; there are four more optional steps. At this point, perhaps I should point out you don’t have to have everything but we were already halfway through our first bottle of wine, and the lighting was low, and we were getting carried away. Some mind-changing meant our divine waiter Lulu had to bring us new menus because our ticked boxes were getting messy.

“Having this much choice is just irresponsible,” observed my friend Missy Magpie, smiling blissfully.

Cheeses get their own entire step – blue, feta, Cheddar, mozzarella, Brie, Camembert. And yes, you can have them all if you’re prepared to pay the price, with your money and your cardiovascular system. Then there are the premium toppings, which include bacon (back, not streaky, so no), avocado, salami, fried egg, bacon onion marmalade and mushrooms. Want a sauce too? Sure, no problem: mushroom, cheese, garlic, pepper, chakalaka, tzatziki, or monkey gland? Again, you can have more than one.

Last, but not least, you can choose a side dish. Chips, obviously, or a salad, vegetables, fried onion rings, and/or deep-fried yams (sweet potato).

If you don’t want a burger at all (why are you here?), you can build your own salad.

As you can see in the picture, the end result burger looks jolly nice. Full disclosure, however – if you have it without the bun, it doesn’t look that great on the plate, so don’t get mad. It still tastes flipping wonderful.

As well as Café Manhattan, Shapiro once owned the legendary dinner cabaret venue On Broadway, a million years ago.

Oh what fond memories we have of that place when it was on the corner of Somerset Road in Green Point and there were twice-weekly drag shows called Mince. The queens were Kieron Legacy (who once upon a time caused outrage by being the female half of a winning Best Dressed Couple at that big horse racing day, the Met) and Lilly Slaptsilli. They lip-synced and they danced, and in between, Lilly would chit chat and patter with the audience. Amazing that last week, three female impersonators attended SONA.

Russell says he needed to do something to attract customers to the city CBB “because town is not the same as Sea Point” and one thing he knows people want, is to laugh. Which is why you’ll find a regular lineup of comedy here, including Lilly herself, who delivers an hour or so of saucy jokes and hilarious wit every Wednesday night, opening and closing with performances of songs which made her famous.

The stage is tiny, the setting is intimate and Lilly is statuesque and splendiferous and sparkly. Afterwards, we drank more wine, swopped make up tips, I touched her boobs (bird seed, who’d’ve known?), and we pretty much closed the place down.

Oh, and you can download a Craft Burger Bar app too, for online orders and whatnot. What a time to be alive. DM