After a Fast Radio Burst breakthrough, astronomers are...

After a Fast Radio Burst breakthrough, astronomers are one step closer to deciphering the puzzle of the cosmic web 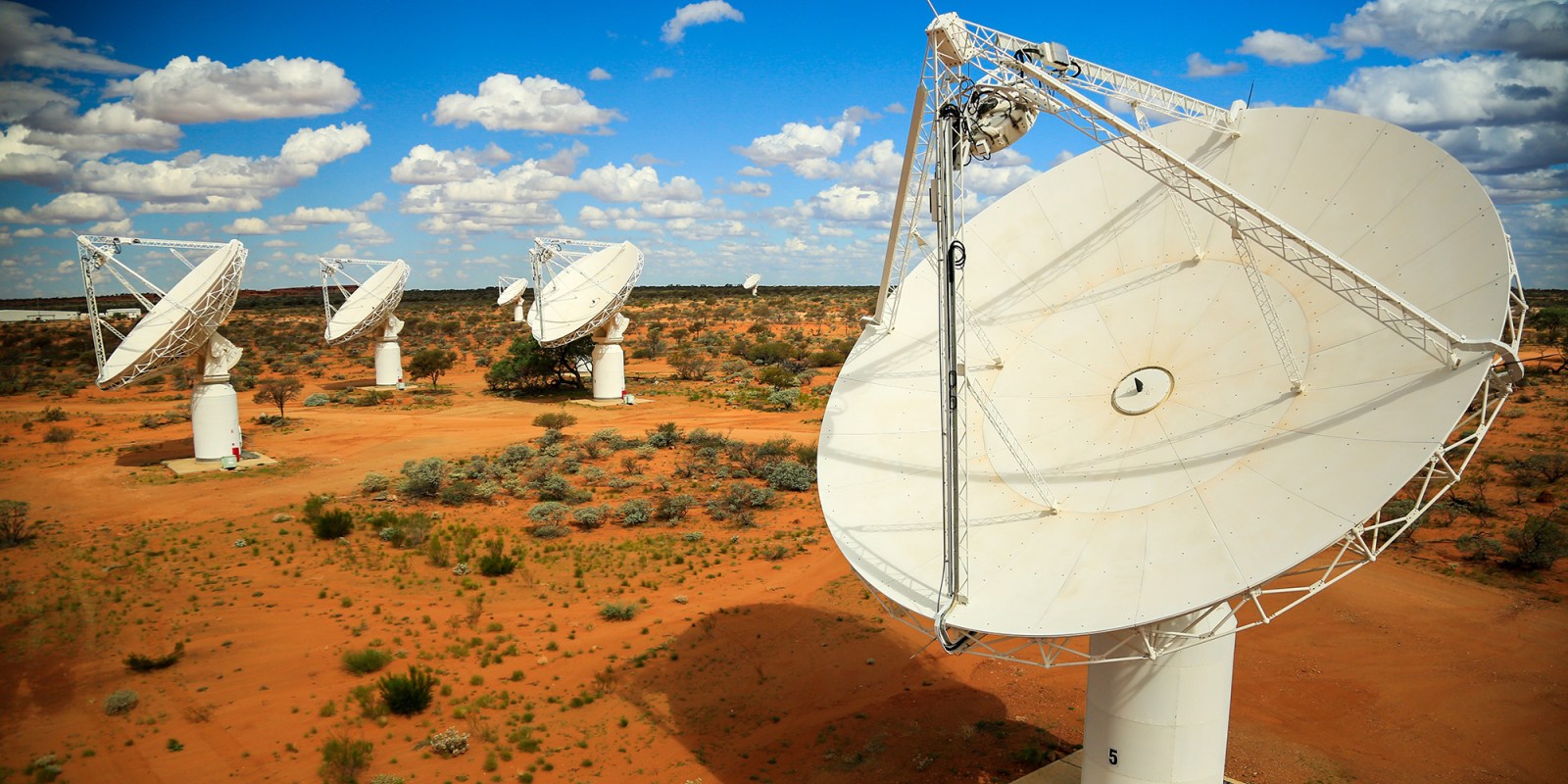 An astronomical breakthrough has been made, and it may help us understand the evolution of the universe.

Astronomers have made history by detecting the precise location of a powerful, superfast, burst of cosmic radio waves some four billion light-years from Earth.

Fast radio bursts are bright, powerful blasts of radio energy that travel across vast intergalactic expanses. When they reach Earth they are often only electromagnetic whispers which last milliseconds and require sensitive radio telescopes to detect.

The first fast radio bursts were discovered only in 2007 and since then experts have managed to observe only 85 of them. In just one millisecond they emit as much energy as the Sun in 80 years. If one burst in the Sun, it would pop all the popcorn in the Solar System out as far as Neptune.

No one had been able to successfully determine a precise location in the universe of any of these fast radio bursts. Until now.

The Australian Square Kilometre Array Pathfinder (ASKAP) radio telescope in Western Australia, of the Commonwealth Scientific and Industrial Research Organisation (CSIRO), was able to pinpoint such a location. The results were published in the peer review journal Science on the evening of Thursday 27 June.

Due to this, the team developed new technology to freeze and save ASKAP data less than a second after a burst arrives at the telescope. ASKAP is a 36-dish radio telescope, spread over 6km, but it works as one massive telescope. (Watch the video here.)

The burst had to travel a different distance to each dish, reaching them all at a slightly different time.

“From these tiny time differences – just a fraction of a billionth of a second – we identified the burst’s home galaxy and even its exact starting point, 13,000 light-years out from the galaxy’s centre in the galactic suburbs,” a team member, Dr Adam Deller of Swinburne University of Technology said.

The secret is in this time difference: Astronomers compare the time of arrival of the fast radio burst, at each dish using the raw data (which is truly astronomical) – they measure the difference in arrival time to around 1/10th of a nanosecond. First, a custom-designed ASKAP “beamformer” hardware averaged the data down to one billion measurements per second, slow enough that a dedicated computer can search in real-time. When the fast radio burst happened, the software detected it within 0.5 seconds, stopped the search, and downloaded raw data from each dish.

This enabled the team to measure the position of the fast radio burst with a precision of 1/50,000th of a degree. Or the width of a human hair 200m away.

The team said they found one fast radio burst in 600 trillion measurements. It is not that fast radio bursts are rare, according to the team there are about 2,000 per day. The problem is the radio telescopes can cover only a small fraction of the sky

“If we were to stand on the Moon and look down at the Earth with this precision, we would be able to tell not only which city the burst came from, but which postcode – and even which city block.”

Previously two other fast radio bursts were known to “repeat” themselves. When experts looked at the same place they saw them again.

“These bursts are altered by the matter they encounter in space. Now we can pinpoint where they come from, we can use them to measure the amount of matter in intergalactic space.”

One unanswered question is: What is the cause of fast radio bursts? It is as yet an unsolved cosmic mystery. It can’t be predicted in advance and by the time experts realise they are happening the event has passed.

Astronomers are pondering another question: How does the universe produce a radio burst that is thousands of times brighter than all the radio emission from the rest of its entire host galaxy – and switch it on and off within a millisecond? This is the next discovery waiting.

By observing many fast radio bursts astronomers would be able to determine what causes them, but also use them as a tool to investigate the cosmic web. This is a network of filaments of dark matter between galaxies and galaxy clusters, important in the understanding of the evolution of the universe.

The distribution of galaxies and matter in the universe is not random. Galaxies are organised, even today, in an enormous cosmic web. This web has dense regions made up of galaxy clusters and groups, sparsely populated regions devoid of galaxies, as well as the filaments that link dense regions, according to a previous study in the Astrophysical Journal.

According to the article in Science if many fast radio bursts are mapped, then the cosmic web and its intergalactic material can finally be studied properly. DM