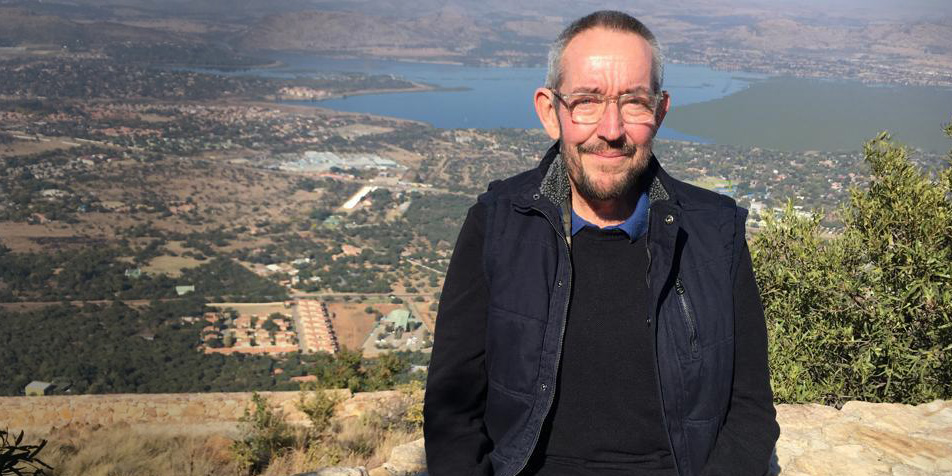 Daily Maverick motoring editor Deon Schoeman lost his battle with cancer on 17 June 2019. One of the most respected figures in local motoring journalism, Schoeman was a previous editor of TopCar magazine and a former president of the South African Guild of Motoring Journalists. His family, friends and colleagues remember him as a man of prodigious talent and kindness.

That’s how Deon Schoeman’s friend and colleague of over 30 years, Jannie Herbst, will remember Schoeman.

Herbst met Schoeman when the latter was a 24-year-old reporter at Beeld, still wet behind the ears but with a promising future in political journalism ahead of him after a degree at Stellenbosch.

Herbst was producing the motoring magazine Wiel, and was in need of a writer. After a tussle with Beeld– with the newspaper demanding what Herbst describes as an “unreasonably high release fee” for the young Schoeman – Wiel poached the rookie on to their staff.

“He had to write a road impression of a Suzuki Mini Bus. Remember those? They were referred to as ‘half loaves’. To Deon it must have have been a bummer. It was like asking a newspaper sportswriter to write a report on an under-10s rugby match at a primary school. But he never showed disappointment.”

The next day, says Herbst, Schoeman “unknowingly humiliated us” by filing a superb review within 24 hours – suddenly raising the production pace of the rest of the office by several notches.

It was the beginning of what would be a stellar career in motoring journalism for Schoeman.

“While Deon always drove fast, he was a very safe and competent driver – as he showed numerous times in national track races and in national rally and off-road events – with the added bonus that he could articulate his experiences in an accurate, entertaining and captivating manner,” says De Vos.

Although De Vos and Schoeman were occasional rivals in the industry, De Vos says that his trust and respect for Schoeman never wavered.

“I had the utmost respect for him – for his ability with words and language, for his politeness, his gracious demeanour, his business acumen, his prowess behind the wheel.”

After stints at multiple local motoring publications, Schoeman was working at the time of his death as the motoring editor of Daily Maverick.

“Deon was one of a kind. A glass-half-full, hard-working man, a dream to be associated with and to call a friend. SA motoring journalism has lost its greatest voice – one that will never be replaced.”

Those who knew Schoeman will tell you that he was a man whose talents extended well beyond the realm of motoring or journalism.

A skilled violinist, Schoeman was chosen as a school pupil to play in the Johannesburg Youth Orchestra. He was famous for the depth of his knowledge on politics, music and wine.

Schoeman’s son Adam says that the breadth of his father’s interests was such that “where one of us would make a hobby out of collecting coins, he would become an international authority on coins, notes and fiat money in general, and start a printed magazine on the subject”.

Schoeman married Anet in his early 20s – Herbst remembers that at university, “Deon had very long hair and he wore an earring, but he got rid of both when he had to meet Anet’s parents for the first time” – and the couple had two children, Adam and daughter Nika.

“Deon meant different things to us all but I know that he was equally respected with a pen or steering wheel in hand, knew most things about everything, and always wanted the best for everyone around him,” Adam said.

“He supported his parents, loved my mom, was my sister’s best friend and my example of what it means to be a dad.” DM