It’s a systems breakdown across the country, with only 18 out of 257 municipalities receiving a clean audit 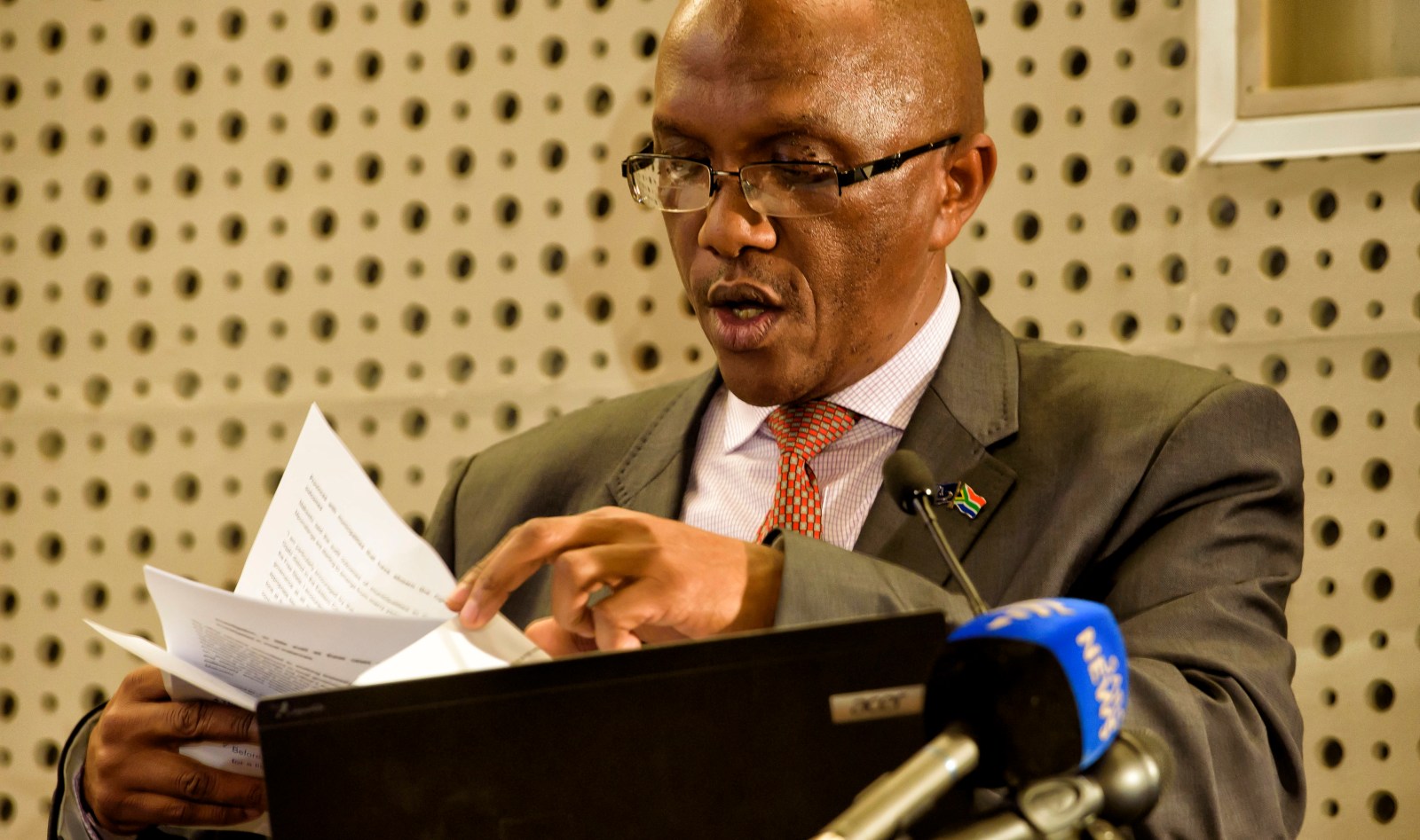 The latest audits into local government by the Auditor-General paint a bleak picture of ongoing system failure and dysfunctionality in South Africa. The financial health of most municipalities is poor, with some flouting governance laws, disregarding recommendations made by the independent audit body, and in extreme cases, issuing threats against auditors sent in to assess their performance.

Auditor-General Kimi Makwetu has expressed, yet again, his disappointment and concern over the financial health of municipalities in the country. Announcing the 2017/18 municipal audit results on Wednesday 26 June in Pretoria, he said:

“This undesirable state of deteriorating audit outcomes shows that various local government role players have been slow in implementing, and in many instances even disregarded, the audit office recommendations”.

Makwetu said his team of auditors had faced threats and that the audit environment had become more “hostile, with increased contestation of audit findings and pushbacks whereby our audit processes and the motives of our audit teams were questioned”. His auditors were pressurised to change their findings in some municipalities, to hide negative reports and irregular expenditure.

“Instances of threats to and intimidation of our auditors were also experienced in most of the provinces,” Makwetu said.

Twelve of the 18 clean audits were in the Western Cape, two in the Eastern Cape and one each in the Northern Cape, Gauteng, KwaZulu-Natal and Mpumalanga. Limpopo, North West and Free State had no clean audits.

The situation in the Free State, in particular, was of “critical concern”:

“The Free State local government environment displayed a total breakdown in internal controls as the province’s political and administrative leadership, yet again, exhibited no response to improve its accountability for financial and performance management… we doubt if there is political will to do the right thing for the right reason, mainly due to political interference to the detriment of good governance.”

The Auditor-General attributed the dismal national picture to a lack of accountability and municipalities’ inadequate attempts to follow up on allegations of financial or supply chain management misconduct and fraud.

Not only are municipalities across the nation continuing to ignore audit recommendations, but they are also not complying with key local government legislation that is applicable to financial and management performance. According to the consolidated audit, material non-compliance — non-compliance likely to result in financial loss or the harm of a public-sector body and the general public — is at a record high since 2011/12.

The Auditor-General further reported that 92% of municipalities did not comply with legislation: Common areas for non-compliance are management and procurement of contracts, which often involve suppliers not indicating a conflict of interests and the absence of competitive bidding.

Financial management in local government has been deteriorating since 2011/12 and the Auditor-General’s office has consistently warned those responsible for oversight and governance about this. Considering that the independent auditing body can only make recommendations, which are often disregarded, the introduction of the amended Public Audit Act seems to be the first step towards legally pressing for accountability from municipalities.

The requirements of the amended act came into effect on 1 April 2019, which means that in the 2019/20 financial year municipalities will be audited under this new law. The amended act will allow the Auditor-General “to refer material irregularities to relevant public bodies for further investigations” in line with their mandate.

Where municipalities procured external consultants to assist in financial preparation, 66% still submitted financial statements that included material misstatements, even though R907-million was spent on consultations.

On top of the irregular expenditures and material non-compliance is the inability of municipalities to plan, spend and collect revenue.

According to National Treasury’s local government revenue and expenditure report for 1 July 2018-31 March 2019, “when billed revenue is measured against their actual expenditure, the performance of metros shows surpluses across all core services”. This simply means that municipalities are spending money that does not correlate with their tabled budget. Such practices are detrimental because at most, money budgeted for other municipal purposes ends up being redirected elsewhere, consequently breeding non-compliance.

Furthermore, the national treasury’s revenue and expenditure report states that “aggregate municipal consumer debts amounted to R162.9-billion (compared with R184.7-billion reported in the previous quarter) as at 31 March 2019” — with households accounting for 79% or R66.3-billion of the debt. However, 6.3% or R10.2-billion of this debt has been written off as bad debt, with government accounting for 6.2% of the debt (yes, the government owes itself R10-billion).

The report states that “the inability to collect debt from municipal consumers is widespread and, in these circumstances, it is inevitable that municipalities will struggle to balance their books”.

What these accounting failures mean for the lives of citizens is poor service delivery.

Yet again, the audit report highlighted numerous failures in the development and maintenance of infrastructure. Road, sanitation and water infrastructure expenditure continues to be inadequate — 32% of the municipalities in charge of water and sanitation did not assess the conditions of these infrastructures.

Additionally, a R2.6-billion loss was incurred because 39% of the municipalities that disclosed their water losses reported losses of more than 30%. Most of these municipalities, according to the Auditor-General, have no existing policies on routine maintenance, or it has not yet been approved.

Even though infrastructure is not assessed, National Treasury reported that “low capital spending has potentially serious implications for the government’s ability to meet the targets for expanded access to water, sanitation, electricity and job creation”.

Overall, the consolidated audit report has flagged the lack of accountability as the overarching reason behind the continuously poor local government audits.

“The leadership sets the tone at the top at any organisation. If an organisation’s leaders are unethical, have disregard for governance, compliance and control and are not committed to transparency and accountability, it will filter through to the lower levels of the organisation,” Makwetu said. DM