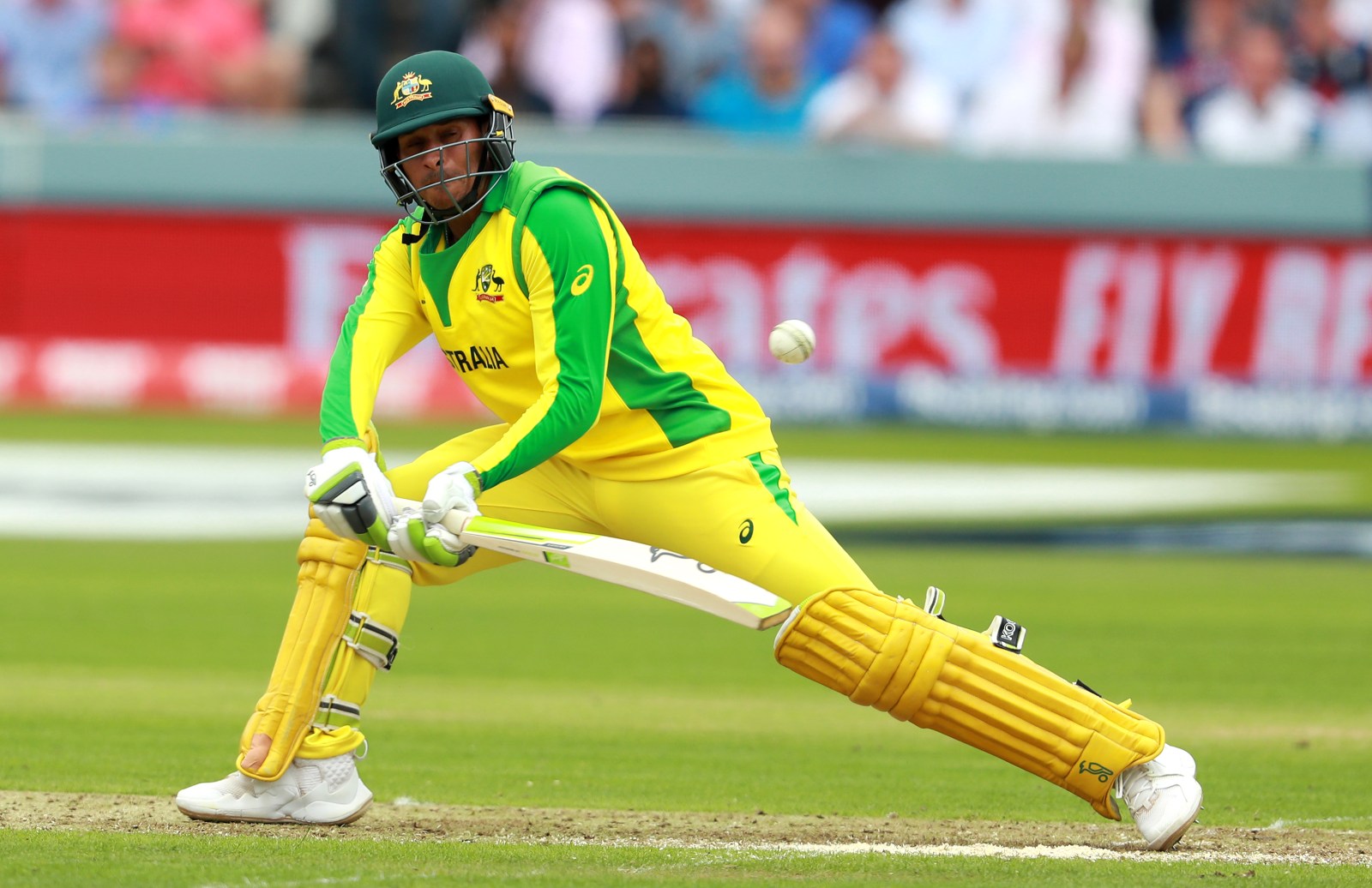 Usman Khawaja of Australia plays the ball to the boundary during the Group Stage match of the ICC Cricket World Cup 2019 between England and Australia at Lords on June 25, 2019 in London, England. (Photo by David Rogers/Getty Images)

After 12 tournaments and nine different formats, has the 2019 ICC Cricket World Cup, at last, stumbled upon a format that works?

Thank goodness for gracious hosts. Until England’s generous defeat to Australia at Lord’s, the 2019 ICC Cricket World Cup was trundling towards two weeks of foregone conclusions and dead-rubber fixtures. The four semifinalists were pretty much locked in (India, Australia, New Zealand, England); the only thing yet to be determined was the order they would finish in.

Pakistan, Sri Lanka, Bangladesh and the West Indies all looked out of the running. South Africa, meanwhile, were languishing down at the Afghan end of the table, already eliminated and with nowt but pride and #ProteaFire to play for. Yet they all still had to stick around in England for two long weeks and (for South Africa) two utterly meaningless matches.

Questions, then, were being asked about the wisdom of the tournament format – and rightly so. After all, by placing all 10 teams into one Group Stage pool, and making each play against the others over five long weeks, before sending the top four teams into the semifinals, the ICC always ran the risk of ending up in a situation like that.

But spare a thought for the tournament organisers. This is the 12th ICC Cricket World Cup, and the ninth different competition format.

Each format was flawed in its own way. In 1996, for example, South Africa comfortably won all of its group games, but then one bad day against the West Indies in the quarters left the tournament without (arguably) its best team. In 2007 India had two bad days, losing to Sri Lanka and Bangladesh, with their early elimination leaving the leaving the tournament without (inarguably) its best television audience.

The 2019 ICC Cricket World Cup tournament format is – like 1992 – the cleanest and easiest to understand. But – as in 1992 – as the competition took shape, the top four teams emerged fairly quickly, and as teams saw their top-four hopes fading, the tournament was left facing the horrible reality of a dozen or more pointless, dead-rubber games.

For those of us looking at two weeks of largely meaningless cricket matches, the tournament format looked like a colossally stupid idea.

Then England lost – first to Sri Lanka, and then to Australia – and suddenly the top four didn’t look so clear after all. Gracious hosts that they are, England have inadvertently brought life and interest back into the tournament.

At this stage, only Afghanistan and South Africa are really out of it. For the rest of the World Cup, it’s Game On.

And at last, it looks like the ICC Cricket World Cup has found a tournament format that actually works. DM