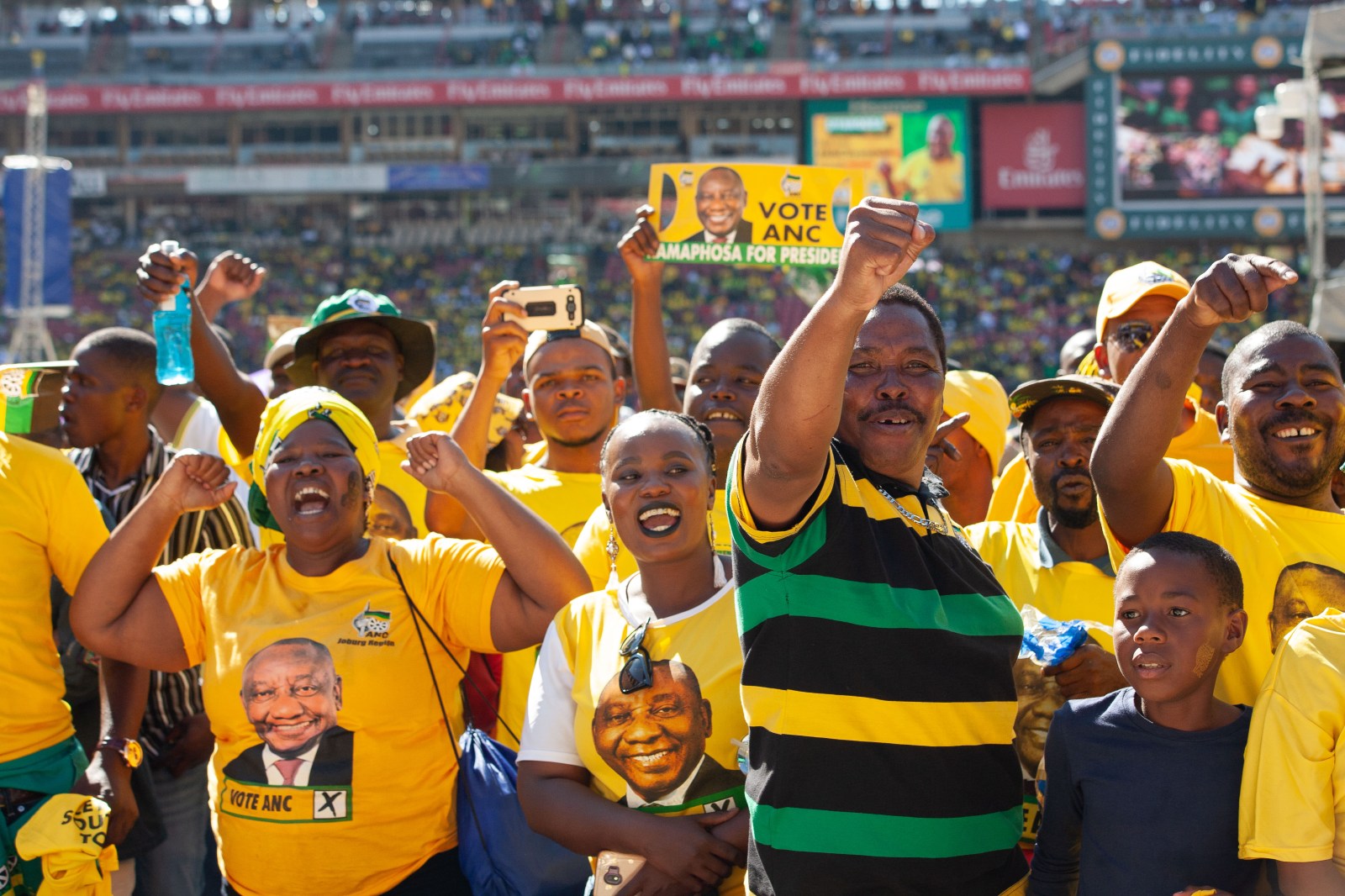 ANC supporters at the party's Siyanqoba rally ahead of the 2019 elections. Photo: Greg Nicolson

The African National Congress retained the two wards contested on Wednesday with relative ease, but the Economic Freedom Fighters exhibited growth in both wards. The by-elections took place in Polokwane in Limpopo and Emakhazeni in Mpumalanga.

Mashashane lies about 40 kilometres east of the city of Polokwane. It is one of the more rural parts of the Polokwane municipality and is close to the Mogalakwena municipality.

The ANC might have beaten the EFF by over 1,000 votes in the ward on Wednesday night, but there were pockets of the ward where the ANC ran into some challenges. At the Tutwana Primary School voting district, the EFF got 74% of the vote, while the ANC received 25% of the vote; in 2016 the ANC received 49% of the proportional vote in the district, compared to the EFF’s 38% of the vote in the district. At the Botsikana School voting district, the ANC edged out the EFF by 1 vote, with both parties getting 50% of the vote. In 2016, the ANC got 61% of the proportional vote, and the EFF 26%.

The ANC performed best at the Maune Primary School voting district, where they got 82% of the vote, up from 69% in 2016. The EFF went down from 19% to 16%. Ward 40 remains a safe seat for the ANC, but the EFF will be bolstered by their growth in this ward.

Siyathuthuka township is adjacent to Belfast, situated next to the N4 highway that links Gauteng with Mbombela.

The ANC beat the EFF by a margin of greater than 3:1 votes on Wednesday night, but the EFF made inroads in this ANC stronghold. At the Siyathuthuka voting district, the EFF won 35% of the vote, compared to the 9% they received here in 2016, while the ANC’s percentage vote share declined from 81% to 65%. The ANC’s support remained resilient at the Khayalami School voting district where they again received 88% of the vote, matching their 2016 vote percentage. The EFF went up from 7% to 12%.

The next round of by-elections are in a fortnight, on 10 July, when the ANC will defend two safe seats in Mpumalanga in Nkomazi and Govan Mbeki, and the Freedom Front + (VF+) have a big opportunity to win what was once a safe seat for the DA in Matlosana (Stilfontein) in North West. DM

* Proportional Representation (PR) ballot results from the previous election are used when they give a more accurate reflection of the political support of a party in a ward.