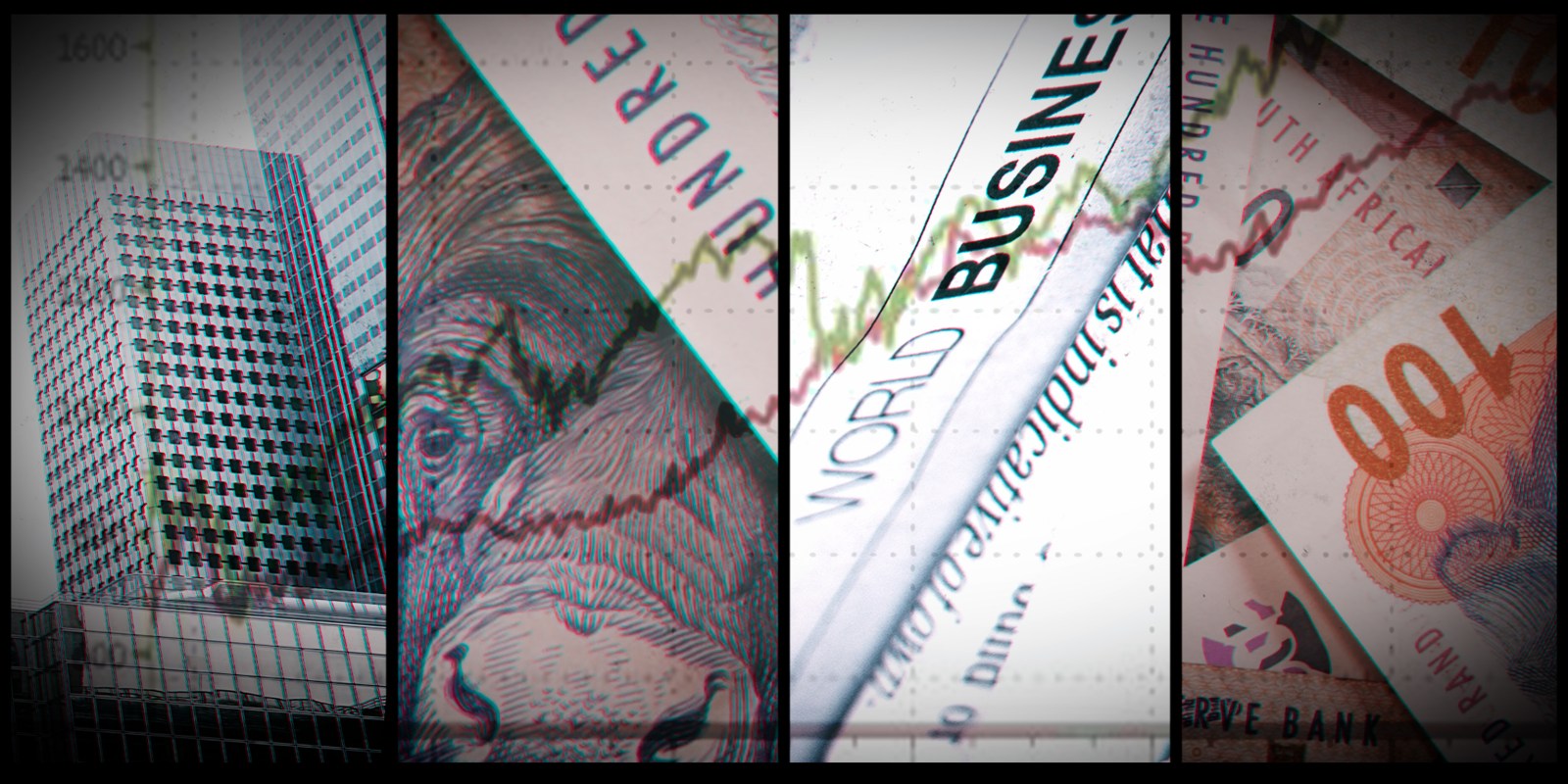 Newsrooms have failed in their role as watchdog when it comes to the climate story. Editors continue to shove climate change into the environmental and science beats,says the writer.(Imaages: Adobestock and AbsolutVision / Unsplash)

The business media has failed in its watchdog role. It cheer-leads those who play by the rules of the economic game that is driving climate change, instead of challenging the rules of the game itself.

This is an open letter to every news editor in the country, to drive home something which science journalists have been trying to say for years: “Climate change”, to use the tame wording that insulates us from the reality and scale of the environmental collapse coming with an unstable climate, is not a soft “environmental” story, it’s an economic one. And by shoving the story to the bottom of the newsroom agenda, the Fourth Estate, a load-bearing wall in any healthy society, is in dereliction of its duty.

Here’s an analogy to help get our heads around the complexity of this problem: take a glass of water and fill it until the water is about a finger beneath the lip. Imagine the glass is our atmosphere, and the space inside that glass is the capacity of the atmosphere to hold all the carbon emissions our industrial economy is dumping into it. The water in the glass is from the past 200-plus years of industrial growth, and half of those were dumped there in the past 50 years or so. The little bit of space that’s left in the glass is what defines our “carbon budget”. Once the water reaches the lip and spills over, that’s when we tip over into runaway climate collapse.

This atmospheric “landfill” is fixed in size. It can’t get bigger, or take on more water than we want to put into it. These are the basic laws of physics. No amount of magical thinking or denial of these planetary boundaries is going to change that. But the perpetual-growth model of capitalism assumes the glass is limitless in size. It assumes we can have infinite growth and ignores the fact that we’re constrained by the limits of a finite planet.

The water level in the glass is fast approaching the lip of the glass.

According to a recent UN report, we have 12 years to bring our emissions down to zero, to avoid the glass spilling over. But recent news about rapid melting in the Arctic suggests we may have slipped over one of the big tipping points that spins us off into a completely new climate regime, unlike the stable one in which our modern civilisation evolved. It may well be beyond our control now.

This is why the climate story is an economic story, not a “soft” environmental one. In her book This Changes Everything, Naomi Klein sums it up: climate breakdown isn’t so much the problem of carbon emissions, it’s the problem of our economy “externalising” the fallout of those emissions being dumped, free of charge, into our atmosphere.

Business media is a cheerleader, not a watchdog

Newsrooms have failed in their role as a watchdog when it comes to the climate story. Editors continue to shove climate change into the environmental and science beats. These are still treated as the low-priority, “nice to have” pages, after newsroom resources have been given to the “serious” issues like politics, economics, and even sport.

Column centimetre after column centimetre reports on companies whose shares rise or fall on stock exchanges. It applauds those who make profits and show “good” performance for shareholders. It raps over the knuckles those corporations that don’t. The watchdog role mostly only extends to whether these corporations are following due process or abiding by current laws – how they’re playing by the rules of the game. It doesn’t question the fact that the rules of the game are fundamentally flawed.

The business media doesn’t red-flag the fact that our economic model assumes the glass is limitless in size, or that we continue to use up this space as though it’s free of charge. It doesn’t call to account the powerful nation states or multinational corporations who are exploiting this, or how they’ve used and mismanaged the atmospheric space for their own benefit. It doesn’t critique the relationship between government and those businesses, who have a disproportionate influence to shape policies in their favour which enables the corporate capture of a shared common good, at the cost of a life-supporting atmosphere.

At best, the business press is functioning as embedded journalism. At worst, it is a publicity machine for business-as-usual capitalist growth.

Corporates profit while the planet burns

Big corporations are some of the biggest beneficiaries. They’ve been able to privatise the profits in this unfair game, while the costs are socialised: the cost of extreme weather events unfolding globally is largely carried by the communities being hit by these record-breaking droughts, cyclones, heat waves, floods, and wildfires. These communities are politically and economically less powerful than many of those corporates or nation states who have benefited from the unchecked use of the atmospheric space.

For years, the message in the media about how to tackle the emissions problem has been geared towards the individual, urging mostly middle-class people to cut their air travel, use energy-efficient lighting, trade in their SUVs for hybrids, eat less meat and dairy. It’s true that every consumer is part of the problem. But consumers are making choices in a space with limited options. We’re not going to get rid of single-occupant cars if we don’t have functioning public transport. If Eskom continues with its pro-coal agenda, LED lights in our lounges won’t make any difference.

Focusing on behaviour change of a few well-meaning civilians isn’t going to bring about the radical system-level change that our economy needs if we are to bend our emissions curve down towards zero in just over a decade.

Change at that scale needs state-level regulation. But as we’ve seen in cases where governments have been called on to put regulatory chokeholds on tobacco, plastics, and sugar and fast foods, when this threatens corporate profits, the disproportionate lobbying power of big business wins out.

Here’s an example from the food sector. Every time we take good, wholesome fresh food from a farm, and run it through an industrial production line that mills it down into a nutritionally dead food-like product, it’s a waste not only of the soil or water that went into farming those calories, it’s a waste of the atmospheric space used up in the process. If we only have a finger’s worth of space left in the glass, should the food sector’s share of that space be allocated to Big Macs and packets of Lays chips? Or should it be saved for a bundle of carrots or spinach with no fancy brand name or advertising potential, but which has actual nutritional value?

World Health Organisation literature is replete with studies that show how big food corporations have capitalised on a free market system allowing them to flood the system with food-like products that are deliberately tailored and marketed to be cheap, tasty, addictive, and high-status. Hopes that a free-market food industry would self-regulate in the interests of food and nutritional security haven’t worked, The Lancet’s special report on obesity from 2011 says. Profit motives won out.

The only way to fix this broken system is for regulation to throttle the dominance of big multinational food corporations who have exported from the US the “neo-liberal” diet driving a pandemic of obesity and under-nutrition. In the Global South, this is one of the headwaters of the hunger-obesity poverty paradox.

Right now, we think we’ll solve the emissions explosion by hoping that consumers won’t buy this junk food, or will recycle plastic, or will put in energy-efficient lighting. Instead, we should be gearing policies to throttle back on any carbon-emitting production at the top of the value chain that doesn’t contribute towards a healthy person or community or environment, be it plastic, dirty energy, fast fashion, or junk food.

This means that the state needs to push back against the vested interests of corporates that want pro-profit policies which allow them continued and unrestricted access to the shrinking atmospheric space.

The glass is filling up fast. The business media shouldn’t be crowing about the continued growth of those corporations free-riding on policies that allow them to keep pouring water into the glass. It should be howling with rage that the taps are not being turned off. DM