The Diplomatic Dance is sometimes a really twitchy tango 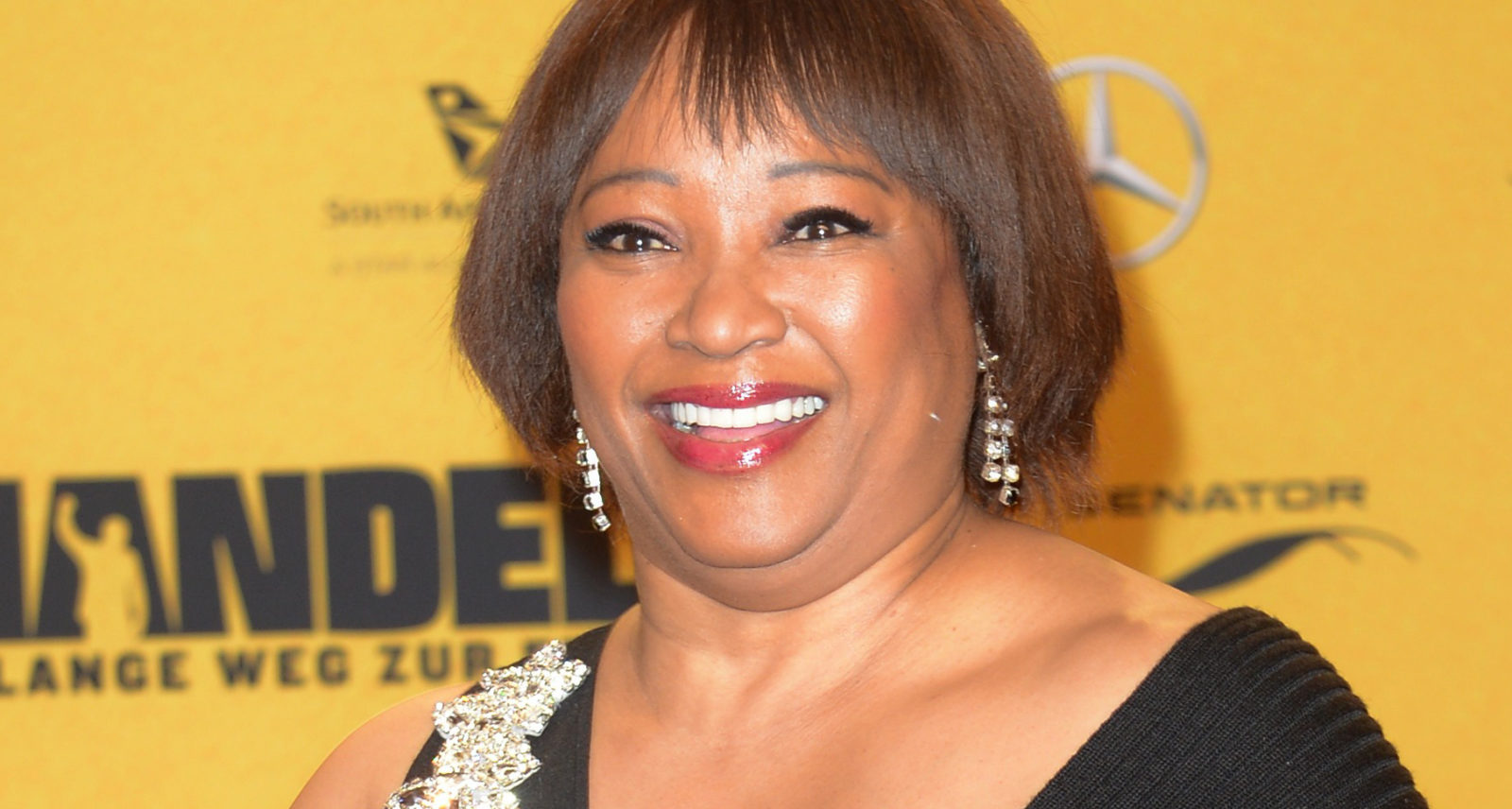 The role of a particular South African diplomat (and their personal opinions) seems to have turned into a topic of some heated public discourse and debate. Diplomats, however, should not become the story. They have real work to do. Now it is time to make productive use of this little contretemps and move on.

There is an old adage about diplomats that goes like this: A diplomat is a man (or now, a woman) who is sent abroad to lie for his (or her) country. Wags, of course, have rejigged that language and syntax to point to the possibilities of more intimate encounters by diplomats, but we’ll just leave that thought parked.

The current contretemps surrounding some reported social messaging by the South African ambassador to Denmark, Zindzi Mandela, and the resulting angry discourse — for and against the ideas therein — on social media, talk radio, and now, apparently, in some court filings as well — stems, at least in part, from some fundamental misapprehensions about what ambassadors and diplomats actually do — or should do — in the course of their duties.

So, let us start with some basics. Diplomats are effectively the human extension of a nation’s foreign relations with other nations — and they are the official channel for reaching out to the organisations, businesses and people of those other nations. Since ancient times, states have been sending emissaries to others, frequently to offer or solicit inducements (or bribes), threats, or more subtle forms of arm twisting, in order to gain more favourable circumstances in a bilateral relationship.

Sometimes, however, in less salubrious circumstances, it has been to deliver a message that effectively has said: “Our patience is exhausted and the next sound you hear will be that of our soldiers crossing the border (or, more recently, that of our drones and jets attacking your capital city).”

Of course, with the advances of the telegram, then the telephone, email, and video conferencing, the very nature of an ambassador or diplomat’s work has become different from what it had been throughout the full run of history, right up until the middle of the 19th century.

In the early 1850s, the new American minister to Japan, Townsend Harris, was a successful businessman, political campaign contributor and then political appointee as a diplomat. He was assigned to serve in that virtually unknown country of Japan, following its 250 years of near isolation from the rest of the world. His two primary tasks were to negotiate a consular agreement between the two countries to ensure proper treatment of shipwrecked sailors, and to achieve a trade treaty between the two nations.

But, given the technology of the times, Harris had no real channel of communication with the US, and so was forced to give the captains of any passing foreign ships his periodic reports and to ask them to pass those documents on to the American state department somehow. At one point he even confided to his diary (everybody kept one back then) that he had heard nothing from Washington in more than a year-and-a-half — neither agreement with what he had achieved in his negotiations, nor any new instructions from the capital.

Such circumstances would, of course, never happen now. In any ongoing negotiation, instructions and recommendations flow constantly as diplomats and other negotiating teams stay in constant touch with headquarters, pretty much 24/7.

But on an ongoing basis in the contemporary world, all diplomats from whatever nation systematically try to build ties between their own nation and the varied elements of their host countries — from the media, business, academia, labour unions, the various levels of government, the arts, even sports organisations. But the key is towards improving such connections (although “improving” can have many meanings, of course).

Sometimes a diplomat’s task becomes an acutely uncomfortable one, either because of the folly of the task itself or because of the sheer difficulty of accomplishing it. Back in early 2003, one of my own tasks had been to explain the American government’s position in the run-up to the second Iraq war, and then, as the actual attack began, to explain that as well.

I had watched on television when then-Secretary of State Colin Powell addressed the UN to make the best possible case for an invasion because of those weapons of mass destruction. Watching the speech, it became increasingly clear to me, however, that there was no real proof in hand, just a thin, circumstantial case against those now infamous — but mythic — weapons of mass destruction. To speak to a student group to discuss the impending war — or the actual one — under such circumstances seemed hopelessly Sisyphean.

Given this situation, my uncomfortable choice was to phrase my language particularly carefully. I decided the only way to present any arguments at all on behalf of the policy was to preface them by saying, “the government says; the president believes”. When, inevitably, I was asked for my own personal views on the question, I could only offer the rejoinder that my views were not relevant here.

Thinking more broadly, throughout history, diplomats from many nations have sometimes been required to serve as proponents of policies that they may have held reservations about — sometimes very deep ones.

If that interior dialogue became too great, the usual painful choice could lead to a resignation in a public protest (or perhaps quietly), or to “take one for the team” as a professional who carries out the tasks to hand and then convey disagreement within the system — or even make use of a formal dissent channel, something that now exists in various foreign ministries in order to ensure alternative views get a serious hearing, even if a dissenter might not actually change things.

Back in my own case, I knew I would retire in a few months, and that once that happened I would be free to speak — or write — my thoughts without restraint. But while I was still taking that “king’s shilling” I had an obligation to do my job. Of course, given the values and behaviour of the current administration in Washington, and the president’s penchant for midnight Twitter rants against opponents and friends, both foreign and domestic, if I had still been serving as a diplomat, I might well have had to seriously recalibrate what would push me into making a very public resignation, based on some deep differences with policy.

As ex-diplomat James Bruno wrote in his “Diplo Denizen” blog just the other day:

“As with their military counterparts, diplomats are expected to adhere to ‘service discipline’, ie, to loyally carry out the orders and policies given them from above. Presidents come and presidents go. Republicans and Democrats. Great leaders and poor. Pillars of rectitude and scoundrels. The career public servant is honour bound to serve their commander in chief loyally and put aside personal beliefs. Policies laid down from the top are to be vigorously defended and promoted. But what does one do when the policies are extreme, destructive, immoral, even insane?

“Today, many in the American Foreign Service and Civil Service face such a dilemma, rare in our history in (the) face of the scope of terrible and indefensible policies. Where past officials may have battled their consciences over the Vietnam War, Cuba policy or ratcheting up Cold War tensions in order to bring down the ‘Evil Empire’, the array of destructive, even illegal, policies of the Trump administration challenges all who have taken the oath to uphold and defend the Constitution.”

Where do these insights lead us to in evaluating the circumstances of South Africa’s ambassador to Denmark? Although there initially were concerns that strident social media messages about “land thieves” might have been due to a hacked account, it was reported that Minister of International Relations and Co-operation Naledi Pandor spoke with the ambassador by phone, once she had returned to Copenhagen after watching South Africa’s team at the Fifa Women’s World Cup in France.

“We are currently trying to find out exactly what the source of those tweets are and what occasioned the need to respond in the way that the ambassador has.” Pandor told Daily Maverick she had also strongly reminded the envoy of the department’s social media policy and the responsibilities of a diplomat in their post abroad.

Now no rational person can deny Ambassador Zindzi Mandela has endured some very difficult personal circumstances from the way she and her family were treated so appallingly by the apartheid regime. Moreover, she is perfectly entitled to hold even extreme views about land issues privately and personally.

However, the wording of her views, as seen on social media, does not comport with the public positions her government is taking on this question. Sadly, these views, and the way they had been expressed and then widely reported about, along with the way her words were interpreted, have now become an issue themselves. Such a discussion may make it that much harder for the government to encourage new investment, both from her country of assignment, as well as the European Union more generally. And that foreign investment push, of course, most certainly is a key priority of the present government.

Moving forward, the way out of this muddle — and to give reassurance to domestic and foreign audiences — must surely be for Dirco to issue a carefully worded, widely released, public statement that assures foreign audiences of something like the following:

“The tone and tenor of the words attributed to the ambassador were not an expression of current government policy. The ambassador is fully committed to the government’s priorities and she is well-acquainted with the department’s social media policies.

“Nevertheless, those feelings do express the understandable feelings of many that the unfinished business of land reform in South Africa is a critically important element in redressing deep imbalances in our nation’s economic life.

“We know the ambassador looks forward to engaging vigorously with the Danish and European business communities more broadly, in order to encourage their participation in South Africa’s national economic revival in accord with the priorities described by the president in his State of the Nation Address.”

Go ahead, feel free to use these very words if they are useful. DM