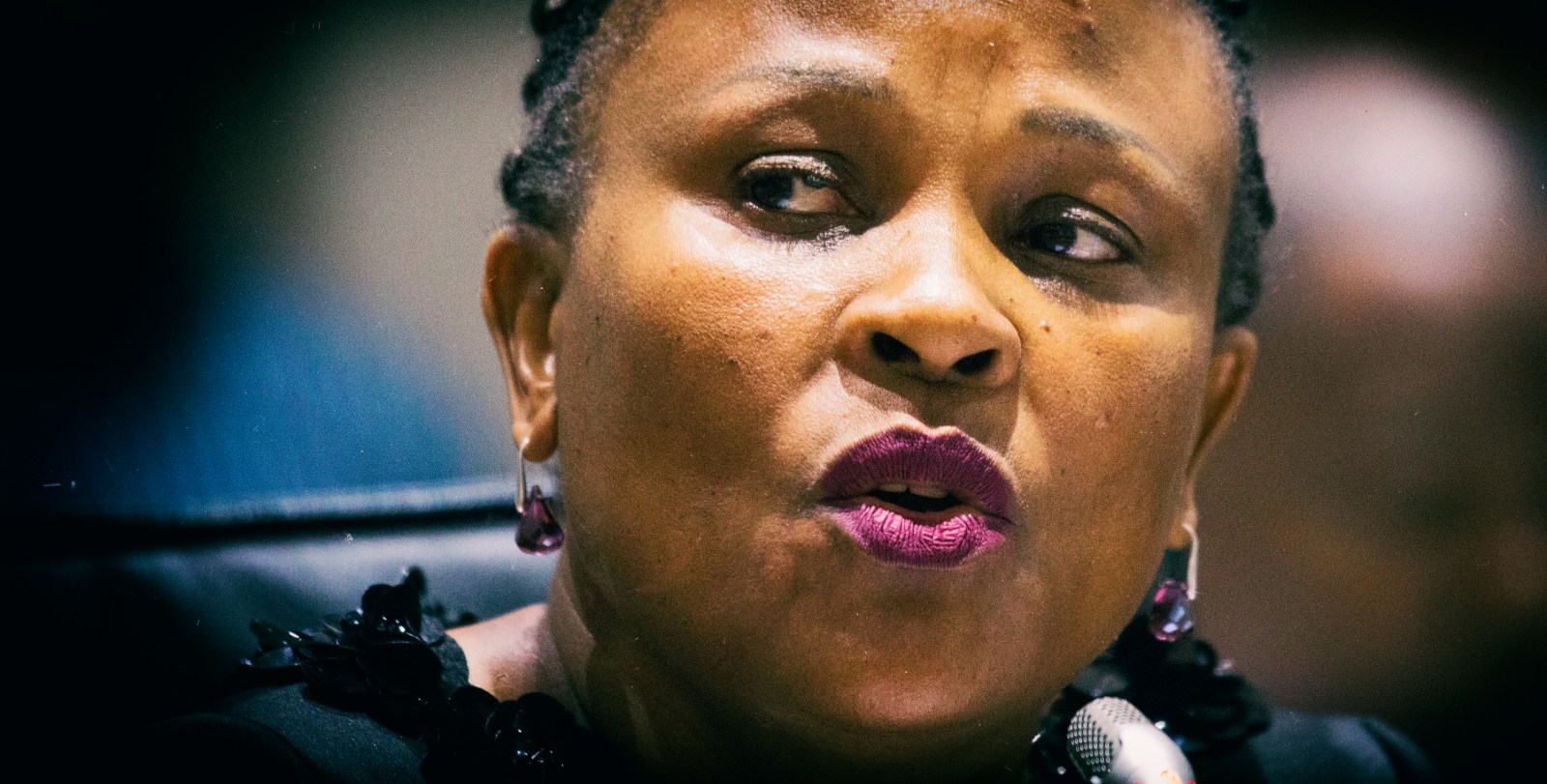 Public Protector Busisiwe Mkhwebane has announced that she will release all the documents related to an investigation of the Gupta family's landing of an aircraft at the Waterkloof Air Force Base to the Zondo Commission. It's her latest effort to maintain what's left of her office's credibility.

Public Protector Busisiwe Mkhwebane clearly has issues with the way she’s represented in the media and has taken to YouTube to speak directly to the public.

She posted her latest and longest blog on Thursday to explain how she would hand over documents related to the investigation into the Gupta family’s landing of an aircraft at Waterkloof Air Force Base to the State Capture Inquiry, led by Deputy Chief Justice Raymond Zondo.

Mkhwebane has come under fire since reports emerged that she closed the investigation, which potentially benefits former president Jacob Zuma and his allies, whom Mkhwebane has been accused of favouring in her discredited reports on Bankorp and the Estina dairy project.

As criticism mounts from opposition parties and even former Public Protector Thuli Madonsela, Mkhwebane has defended herself against allegations of improper conduct and bias.

“This is the record which I shall be sharing with the commission and I must indicate that I’m doing this so we can clearly indicate what we have in our possession,” said Mkhwebane on YouTube on Thursday.

Madonsela has criticised her successor for closing the probe into the justice, crime prevention and security (JCPS) cluster’s investigation into the how the Gupta family was allowed to land a private aircraft at a national key point ahead of a lavish family wedding in April 2013.

The former Public Protector said all of the documents related to the investigation she conducted into how junior officials were scapegoated should be handed over to the Zondo Commission. She said the investigation was “completed fully”.

Mkhwebane on Thursday said the record she would submit included correspondence between the Public Protector and Lieutenant Colonel Christine Anderson, who complained she was held responsible but wasn’t interviewed by the JCPS team.

The record will also include correspondence between the Public Protector’s office and the DA’s David Maynier, who called for the executive to be investigated, as well as former justice minister Jeff Radebe, and an interview with then-correctional services boss Tom Moyane, who was part of the JCPS task team.

“I’m not doing this to show that possibly I’m reporting to the former Public Protector, but it’s just for the benefit of the public because this matter is of public and national interest so that the public can know that this is the information we have and we’ve got nothing to hide,” said Mkhwebane.

She said Madonsela decided to limit her investigation to Anderson’s complaint after Maynier failed to provide more detailed information on the role of the executive in the landing and an alleged cover-up.

“It was focusing on the role of the JCPS cluster investigation and how they afforded Colonel Anderson an opportunity to present her side of the story,” said Mkhwebane.

Mkhwebane said the investigation was closed in 2017 because an SANDF board of inquiry cleared Anderson of the charges against her, Anderson had retired in 2014, and further investigation by her office would have served no purpose.

Madonsela, however, has expressed dismay at the decision to close the investigation after it had been concluded and only needed to be published in a report.

“The report was important because it pointed to security fault lines beyond Anderson’s case. We interviewed everyone, including task team members [including then correctional services commissioner Tom Moyane] and got the radio record,” she told Business Day.

Madonsela’s recent criticism of her successor will add ammunition to those trying to remove Mkhwebane, who is also seen to be at odds with President Cyril Ramaphosa and his key ally Public Enterprises Minister Pravin Gordhan.

The DA has requested that Parliament initiate removal proceedings against the Public Protector and National Assembly Speaker Thandi Modise has referred the issue to the portfolio committee on justice and correctional services, which will meet for the first time in the sixth Parliament in the first week of July to elect a chairperson and determine its programme. DM