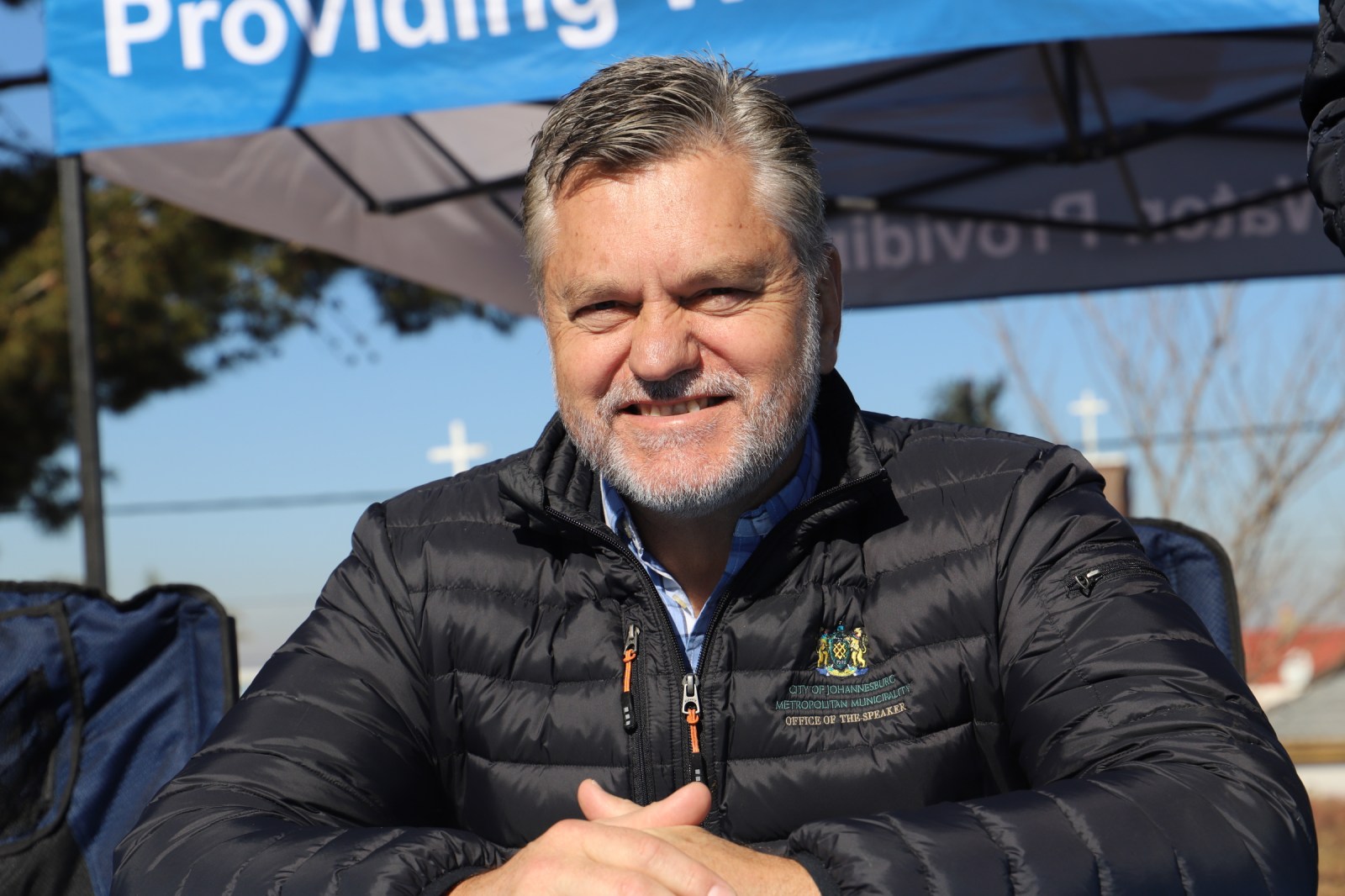 MMC for Environment and Infrastructure Services, Nico de Jager says that the 54 hour water shutdown is for maintenance purposes and residents do not have anything to worry about. However, he adds that residents should use water sparingly. Photo: Chanel Retief

Following a statement issued by Johannesburg Water notifying residents of Johannesburg of a 54-hour shut-down starting on Monday, 24 June, Joburg MMC for Environment and Infrastructure Services, Nico de Jager has been at pains to allay residents' fears saying that the situation is under control and that a contingency plan is in place for any issues that may occur.

Maintenance on a water pipeline from Lethabo to Vereeniging pumping station will see water being shut off to Johannesburg on Monday.

But member of the mayoral committee for Environment and Infrastructure Services, Councillor Nico de Jager said steps have been taken to ensure that Joburg residents are “least affected”.

The “service interruption” is to allow for the installation of a 2,500mm butterfly valve on the B11 pipeline from Lethabo to Vereeniging pumping station. This planned maintenance would result in limited water supply to all Rand Water customers.

De Jager and the management of Johannesburg Water held a briefing on Friday at the Brixton Water Tower to discuss new interventions that have been put in place for Monday’s shut-down. This followed an earlier statement that indicated a number of municipalities would be affected across the Gauteng and which resulted in widespread panic among residents.

Isaac Dhludhlu, marketing and communications manager at Johannesburg Water, said the planned maintenance was something that was important and does happen often.

“On a daily basis, we have planned maintenance that is happening around the City of Johannesburg. Those are planned programmes that the city of Johannesburg has put in place to make sure that they maintain the system,” Dhludhlu said.

On Friday Johannesburg Water said the city has implemented contingency measures to ensure that residents will have water on Monday.

“All our reservoirs will be filled and full by Monday. Our reservoirs have the capacity to supply water for up to two days. Rand Water will also supply water via the Palmiet and Eikenhof pump stations to Johannesburg Water reservoirs,” De Jager said, adding that residents do not have to fill their bathtubs up in preparation for the shut-down.

He said Rand Water’s purification plant would also still be operational during the shut-down.

“During the maintenance period, the purification plant will supply water systems for the duration of the valve installation so as to help in efforts to replenish our reservoirs,” De Jager said.

Furthermore, De Jager added that if there were areas affected, water tankers would be sent out.

Despite the contingency plans, Johannesburg Water has encouraged residents to use water sparingly during the shut-down.

“This is in order to avoid a complete no-water situation and as a reminder to all customers that level-1 restrictions are still in place,” De Jager said. DM