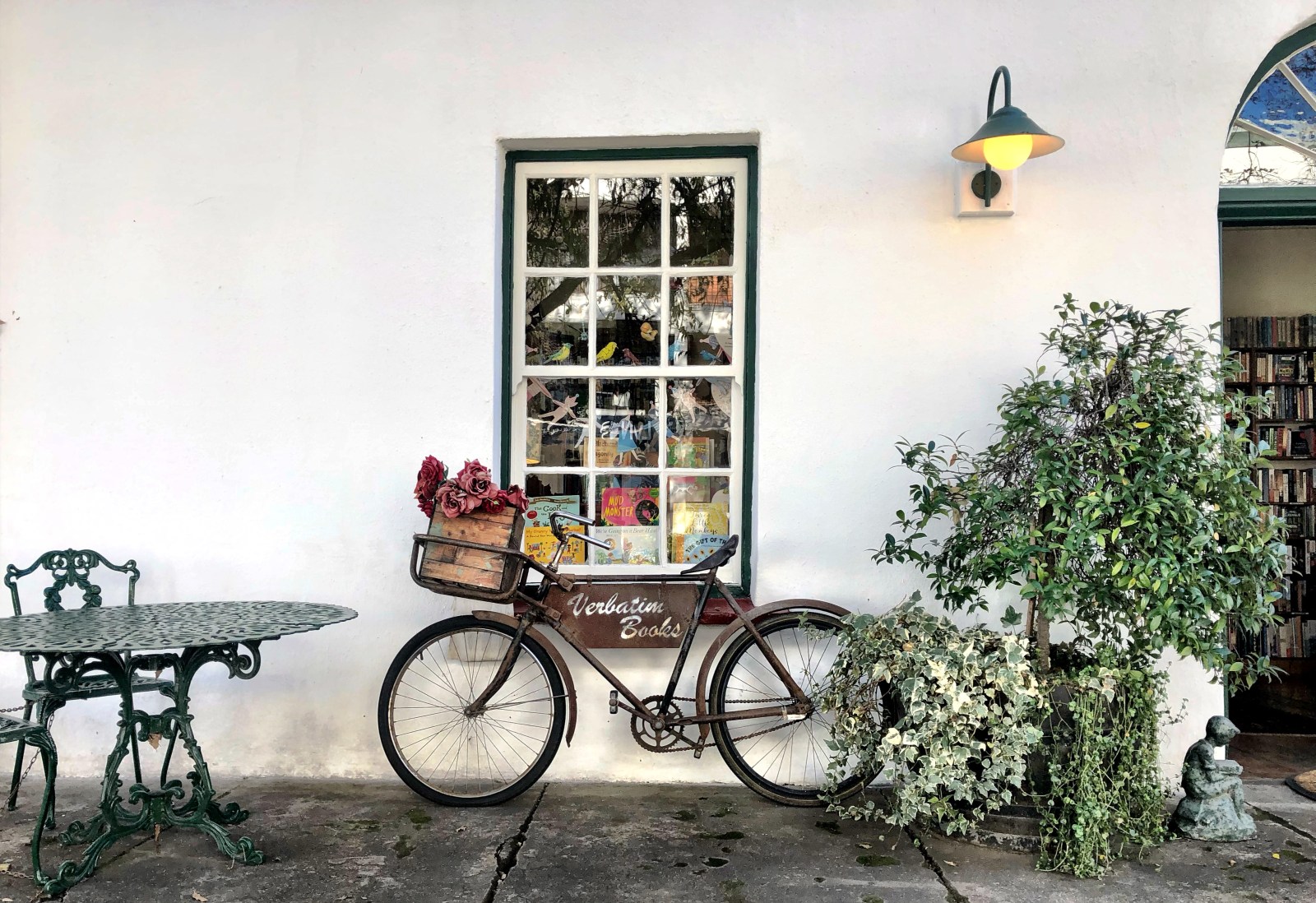 Leading Stellenbosch restaurateurs and winemakers have launched an organisation that will provide training in hospitality industry skills, from front-of-house to kitchen and everything in between.

Having made an appointment through a third party to chat with George Jardine about Tasting Stellenbosch – an initiative to provide hospitality training in the region – I later realised that although I’d said let’s meet at Blue Crane, it could have meant Blue Crane Coffee Company or The Blue Crane & the Butterfly, which is diagonally across the road.

In my head it was the former but, as it happened, I was hungry for breakfast so decided on the latter. But where would George go? I popped my head in at BCCC and asked the barista if he knew what George looks like. He did, and it was apparently the most normal of questions. “Please tell him I’m over the road,” I said.

That’s the beauty of Stellenbosch: it’s small enough that everyone knows everyone, but big enough to be home to the largest wine route in the country, as well as dozens of amazing, incredible, fantastic award-winning restaurants. Tasting Stellenbosch is a step towards unifying Stellenbosch Wine Routes and tourism branch, Stellenbosch 360, with the goal of one umbrella – Visit Stellenbosch – eventually covering food, wine, accommodation, and all the other attractions in the region.

How this all works is that Tasting Stellenbosch, in partnership with Bergzicht Training Centre, will facilitate broad education of skills required in the hospitality industry, from front of house to kitchen and everything in between, with intensive six-week courses.

Established in 1992, Bergzicht is a Non-Profit Organisation (NPO) with a vision “to be the leading South African learning facilitator of poor, semi-skilled and unemployed adults in selected vocational areas, resulting in the holistic development of socially and economically productive citizens and in doing so alleviate poverty”.

The win-win of the situation is that this will provide qualified staff for Stellenbosch establishments, better equipped to handle their responsibilities.

“Building restaurant skills, work experience and kitchen and front-of-house confidence in our communities will provide an unprecedented competitive advantage for our industry,” says Bertus.

In addition, there will be opportunities for existing staff to expand their skills with specialised short courses, and Tasting Stellenbosch members will make themselves available as guest lecturers.

While I was in Stellenbosch on a little weekend jaunt, I had some superb meals, and chatted to some restaurateurs, one of whom was Gustaaf Boshoff, owner of The Green Goose Eatery in the middle of town, which has been open all of seven months. His philosophy is to encourage sharing for a flavour journey with his small plates of global fusion.

“It’s casual fine dining,” he says – top-shelf cooking techniques in an accessible environment where it’s easy to push yourself out of the comfort zone and try something different. Boshoff recommends the octopus with black arancini, sundried tomato and basil aïoli.

The restaurant’s name is a combination of Boshoff’s nickname “Goose”, which he’s had since he was six years old, and ethical greenness, as well as the cool, calming décor with its botanical themes. Here we began with the Asian tuna ceviche from the small plates section – yellowfin tuna with soy dressing, edamame beans, avo and radish, served with wonton crisps. I followed this with a simply superb sirloin with lots of lovely fat (as requested) with Béarnaise sauce, and duck-fat roasted potatoes. There was butternut purée on the plate as well as some crispy kale – the second time in two days I’d encountered this vegetable of which I am not terribly fond. I might have to rethink that.

It made an appearance with the third course of the set winter menu at Cavalli, along with confit duck leg with orange, fennel marmalade, and mustard pommes mousseline (mustard mash when it’s at home). It wasn’t half bad on either occasion.

Cavalli has been in the news because it’s where Logan Leisse, 21, works, under Michael Deg, who has been head chef there since 2017. She is one of seven South Africans who have been chosen for the next round of judging in the globally recognised S. Pellegrino Young Chef 2020 Edition.

“Chef Michael encouraged me to apply for it and I did so without knowing how big a deal this competition is,” says Logan. “I’m very happy I did apply and I’m very confident in my dish – sea bass ceviche – so I can’t wait to continue on this journey.”

Cavalli Estate is relatively new in the world of Stellenbosch wine farms; it opened to the public only five years ago. Its buildings are super modern – including the horse stables (riding by appointment only; “cavalli” is masculine Italian for horses) – set in gorgeous fynbos gardens designed by Keith Kirsten. The restaurant deck overlooks a tranquil dam with water so clear you can see the bottom, as well as the lazily circulating fish. It’s a destination for exceptional dining, lovely wines, and impressively huge artworks.

My meal, paired with wines, was outstanding, from beginning to end. There is no way anyone is going to walk out of there hungry: there’s bread with subtle mushroom butter and snacks, and that’s even before the amuse bouche comes out.

Only then do you get your starter of octopus done three ways (one of which is teeny tiny individual suckers from the tentacles) with fermented black garlic aïoli, squid ink tuille crisp with a satisfyingly charred essence to it and radish served with a fynbos dressing. I was so excited, I later saw my notes said “textures!” twice on two different pages of my notebook. Everything has been so carefully thought out and planned, even in the multi-layered palate cleanser (no balls of sorbet here) and the intensity of the labour to create these dishes is readily apparent. Yet, there is nothing superfluous on the plate.

This menu is available until the end of September 2019, and is a reasonable R350, or R425 with wine. My other current recommendations are The Fat Butcher, where meat is treated with the respect it deserves (the beef cheeks are divine); and when it reopens on July 10, 2019, Terroir at Kleine Zalze.

The special there is two courses for R295 a person or three courses at R395 a person, wine included – two glasses of Kleine Zalze Vineyard Selection wines served with the starter and main courses. If you’d rather go a la carte, the prawn risotto is legendary – and I do not toss that word around lightly.

Speaking at the launch of Tasting Stellenbosch, Stellenbosch Wine Routes chairman Mike Ratcliffe said: “Stellenbosch has long been a culinary leader on the South African gastronomic scene. Many decades of awards and recognition culminated in the 2018 Eat Out Awards recognising that an extraordinary one in five of the top 30 restaurants in South Africa is based in the Stellenbosch winelands.

“There is immense skill in this sector and our chefs are looking forward to plough it back into the Stellenbosch communities to add to a long-term foundation for greatness.”

Combine all ingredients by using the rub-in method till it becomes a crumbly dough.

Roll it out to the thickness you desire (1cm thickness works best).

Cut out the shapes you want and place them on a baking tray lined with baking paper.

Put it in the oven on 180°C for 15 minutes or until golden brown. Season with some Maldon salt if needed and enjoy. It’s an easy base for any snacks or canapés.