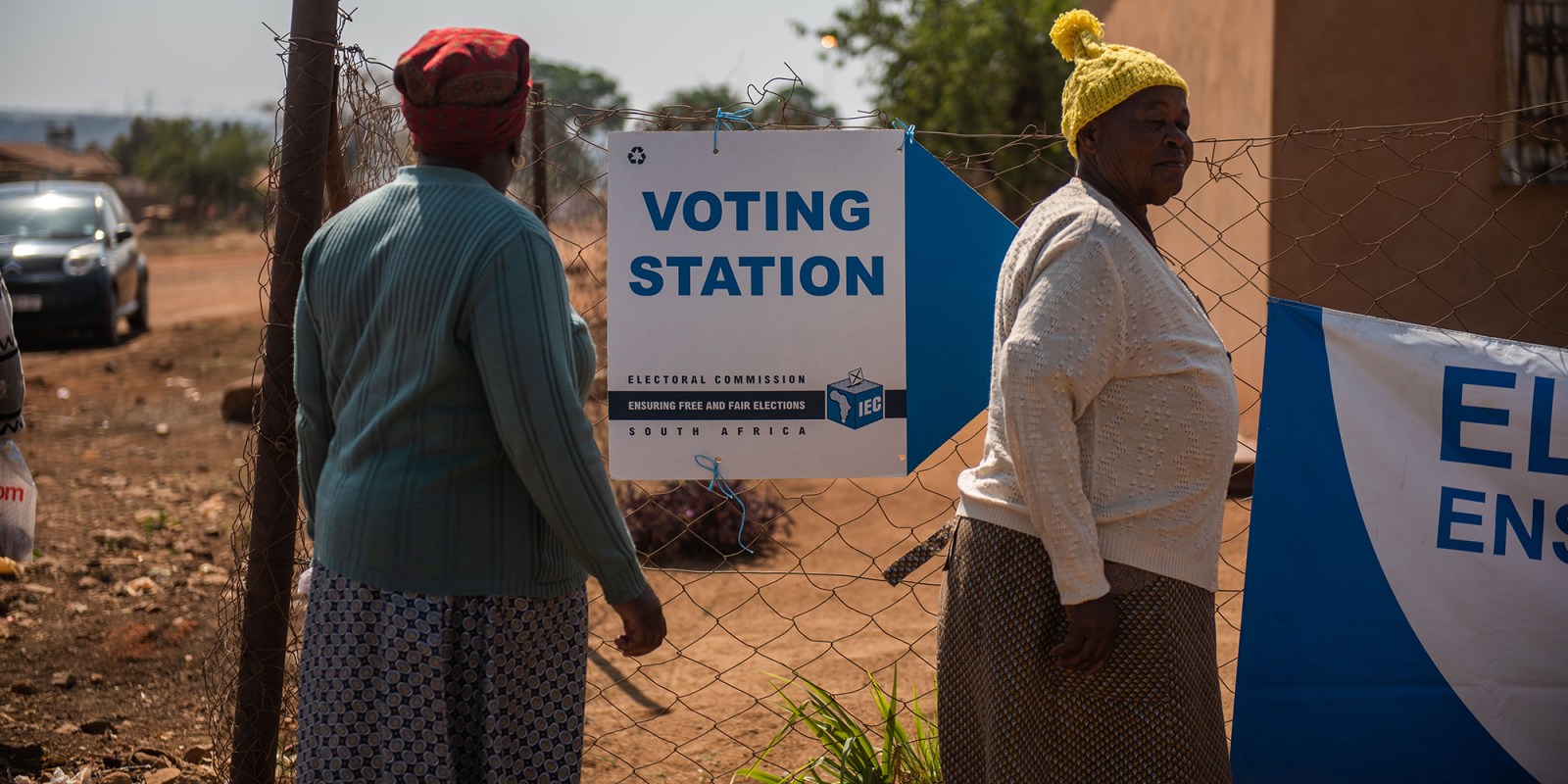 People of ward 37 in Soshanguve vote in a by-election on September 05, 2018 in Tshwane, South Africa. (Photo by Gallo Images / Alet Pretorius)

eNdumeni is an isiZulu name for “place of the thunderstorm”. The African National Congress (ANC) did not need much time to lick their northern KwaZulu-Natal wounds after losing a ward to the Inkatha Freedom Party (IFP) last week. The party bounced back and won a Democratic Alliance (DA) held a seat in eNdumeni on Wednesday night, picking up their second ward from the opposition in the town of Glencoe in the space of four months. The ANC, DA and IFP all had comfortable holds in the other five wards contested in Wednesday's by-election.

Ward 7 encompasses the town of Glencoe, the suburb of Glenridge, and a small rural settlement called Thelaphi, which sits near the Maria Ratschitz church. Glencoe is a few kilometres from the principal town of eNdumeni-Dundee. eNdumeni is part of the uMzinyathi district municipality in northern KwaZulu-Natal. This was the second by-election in the town of Glencoe in 2019. The ANC picked up Ward 3 (Sithembile Glencoe) from the IFP in March, to win outright control of the municipality. After the 2016 local government elections, the IFP and the DA-governed in the municipality. The ANC had an opportunity to extend their dominance in eNdumeni on Wednesday night by winning a marginal ward off the DA.

Glenridge would prove critical for the ANC. The ANC almost doubled their returns in the second biggest district in the ward, receiving 59% of the vote here, up from the 31% they received in 2016. It was a complete reversal of fortune for the DA as their support fell from 47% to 22%. When one looks at the 2019 provincial results in Glenridge, the results are somewhat similar to the 2016 local government election results, this is the part of the ward where the DA performed best. Glenridge had been good for the DA both in 2016, and in May 2019, but Glenridge is where the DA lost the ward on Wednesday.

Thelaphi might have only accounted for 9% of the total votes cast in this by-election, but turnout was considerably higher here than in the other two voting districts, with 59% of the registered voters turning out to cast their votes, compared to 34% of the registers voters in Glencoe, and 47% in Glenridge. The ANC did lose some ground at Thelaphi, winning 63% of the vote compared to 71% of the vote in 2016. The IFP was able to increase their percentage vote share to 33% from 25% in 2016. The high turnout in the voting district helped the ANC mask their decreased returns in the district.

Glencoe is the largest voting district in the ward. It was carried again by the DA, but the low turnout blunted the party’s efforts here.

Msinga is an IFP stronghold in northern KwaZulu-Natal. Ward 2 is a rural ward with small sparsely populated villages, which sits mainly south east of Pomeroy, between Pomeroy and Tugela Ferry.

The IFP had a comfortable hold here on Wednesday, with slightly reduced gains as the ANC made small inroads in this safe IFP seat. The IFP carried all 9 voting districts again last night.

KwaDukuza is a municipality which sits north of eThekwini on the north coast. Salt Rock is north of Ballito.

The DA will be satisfied with their increased returns in this stronghold. KwaZulu-Natal was of the few provinces where the DA improved on their 2014 performance in the recent 2019 elections, and this growth was again evident here.

The DA romped home here in this suburban ward in the north of the city. The win was not as emphatic as 2016, but no other party was able to get double digits. CAPE will be satisfied with their second place finish here. They fielded former DA MPL Carin Brynard as their ward candidate. The little known Organic Humanity Movement (OHM) finished third here. They are a party which espouses small government principles, who want to limit immigration. The ANC and EFF struggled in Ward 21 and barely registered any votes.

Turnout was 21% (81%). Turnout was well down compared to 2016. That being said, the turnout is in line with other turnouts in the City of Cape Town, where turnouts tend to be low in safe seat by-elections.

Both the ANC and the EFF would have expected to make an improved showing on their respective 2016 returns in the two by-elections held in Bushbuckridge. The party which came second in 2016 in both wards, the Bushbuckridge Residents Association (now known as Better Residents Association) did not contest here. In 2016 they got 21% of the vote in Ward 11 and 34% in Ward 14.

The ANC had a comfortable hold here on Wednesday night, getting increased returns, and also not only winning all seven voting districts, but getting over 50% in all of them.

Casteel sits above the town of Bushbuckridge. The ANC had a big victory here on Wednesday, picking up most of the percentage vote share left on the table by the Bushbuckridge Residents Association (BRA) who did not contest here. The EFF was able to do much better than their 2016 performance here, but finished well behind the ANC. In 2016, the ANC was able to win seven of the eight voting districts in Ward 14 on the proportional (PR) ballot, on Wednesday they carried all eight. The ANC again struggled at the Ben Matloshe High School voting district. BRA carried this easily in 2016, and on Wednesday the EFF came short by 10 votes at the voting district. In 2016, the EFF got 1% on the PR ballot at this district. On Wednesday they received 48% of the vote in the district.

The ANC will be delighted by the win in eNdumeni and their strong showing in Bushbuckridge. They will now focus on two safe seats they defend next week when by-elections will take place in Polokwane in Limpopo and Emakhazeni in Mpumalanga. DM

The previous proportional representation (PR) ballot results get used as a mode of comparison, instead of the previous ward result when an independent candidate impacted that result