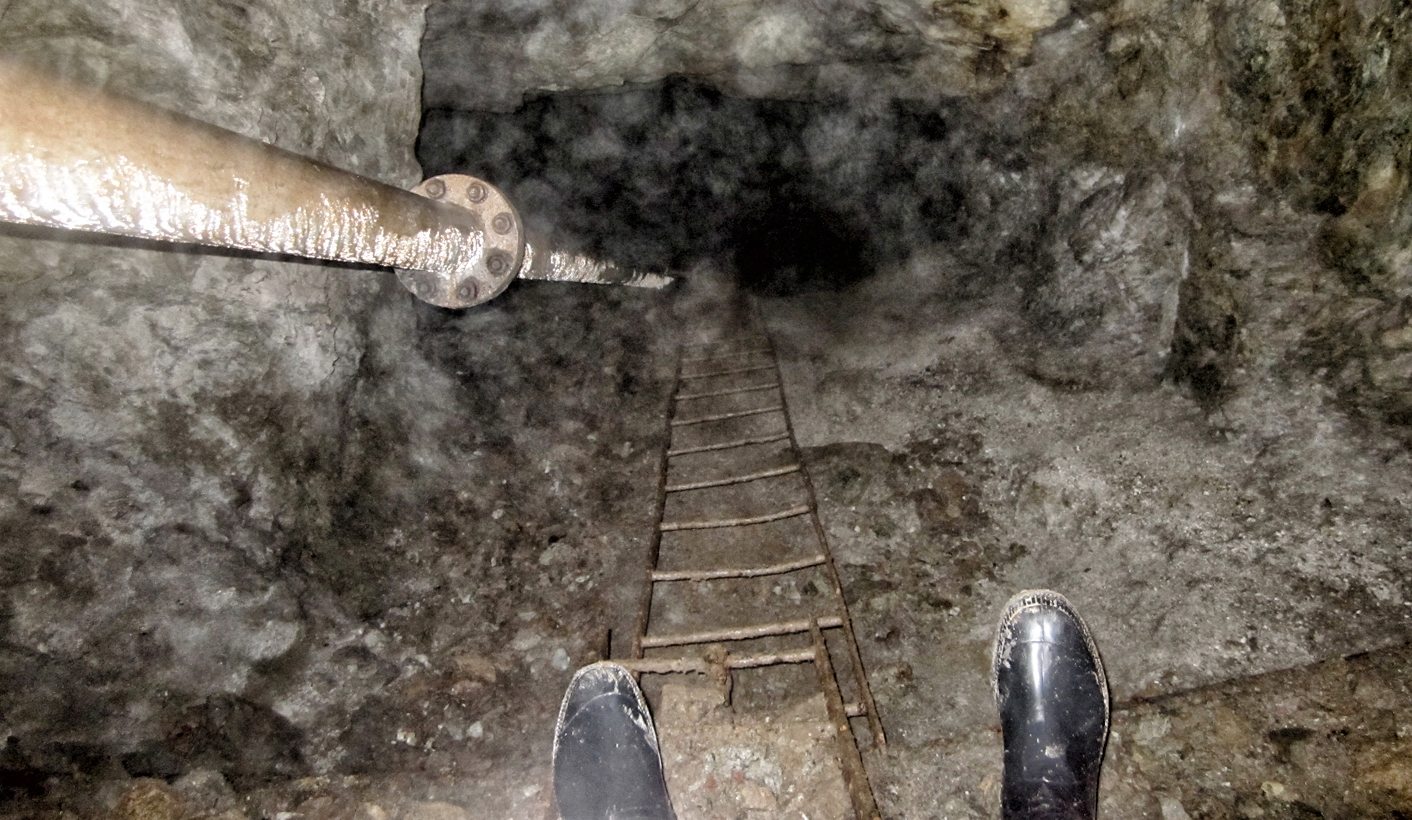 Main photo: An informal mine in Mpumalanga.

Instead of criminalising artisanal miners, the target should be the syndicate bosses behind this lucrative illegal industry. By Alan Martin for ISS TODAY.

Around 30,000 illegal miners work in and around thousands of disused and active mines across South Africa. These illegal miners – known as Zama Zamas – are organised by criminal syndicates, and cause considerable financial losses and security headaches to established, publicly listed companies.

A paradigm shift is needed if South Africa is to successfully tackle the growing infiltration of industrial gold mines by the Zama Zamas. They represent the face of a new phenomenon that is confounding South Africa’s law enforcement, mining officials and the industry.

A recent report by ENACT – a project of the Institute for Security Studies, Interpol and the Global Initiative against Transnational Organized Crime – reveals that illegal mining in South Africa is some of the most violent in Africa. It is responsible for billions of rand in lost tax revenue, and threatens physical infrastructure and public safety.

The Minerals Council South Africa estimates lost sales, taxes and royalties of R21-billion a year through illegal mining. ENACT research indicates that Zama Zama outputs are in excess of R14-billion a year, one of the biggest sources of illicit gold on the continent. The majority of it – at least 34 tons between 2012 and 2016 – is exported to Dubai, while more enters international markets via neighbouring countries.

The violence and insecurity in affected areas is as chaotic and conflict-ridden as the most problematic artisanal mine sites elsewhere in Africa – including those in active war zones like the Democratic Republic of the Congo.

Zama Zamas are emblematic of a changing South African mining landscape. They are a direct by-product of the unanswered socio-economic inequalities faced by one of Africa’s leading economies and mining powers. While South Africa remains one of the continent’s principal gold producers, its reserves are finite and declining. As the industrial gold sector becomes less economically viable over the long term, artisanal mining is increasing.

Debates and approaches are still framed through, and deferential to, the perspective of industrial miners. While the Mineral and Petroleum Resources Development Act of 2002 acknowledges artisanal miners, it is tone deaf to realities in the sector. The result is that Zama Zamas operate outside, and in defiance, of the law.

Illegal artisanal mining is principally carried out underground in industrial shafts, not in open pits, as is normally the case. In essence, artisanal mining occurs within large-scale mines, not separate from them. While artisanal mining communities everywhere are subjected to unsafe, exploitative and precarious working conditions, Zama Zamas face a more diverse range of dangers, including extortion, murder, forced migration, money laundering, corruption, racketeering, drugs and prostitution.

Durable solutions to address the Zama Zama phenomenon require a paradigm shift – among industry stakeholders and government in particular. The government considers the miners’ criminals who must be brought to heel through the force of law.

Non-governmental organisations working with Zama Zamas and artisanal mining say such an approach is misguided and counterproductive. They argue that existing laws and strategies should be overhauled to find ways to harness the miners’ economic potential while targeting the criminal bosses who are orchestrating, and benefiting most from, the illegality.

What could be done differently? The extent of the violence and criminality requires the South African gold industry to urgently apply a stricter and more robust risk assessment to its supply chain.

With government support, the industry should also design and implement due diligence measures consistent with those of the Organisation for Economic Co-operation and Development for conflict-affected and high-risk areas. Many other non-Western jurisdictions – including India and China – are already doing so, offering South Africa an opportunity to align its mineral regime with global best practices.

The Mineral and Petroleum Resources Development Act needs to be overhauled. In its current form, it enables illegal activity and hinders the ability of police to prevent criminality. The current act mandates the South African Diamond and Precious Metals Regulator to license, monitor and investigate mining permit holders – tasks that critics claim it has little experience or inclination to do.

An amended act should either share this role with the police, as was the case before 2002, or be returned to the exclusive control of the police. Doing so would give law enforcement greater latitude and oversight to spot trends, undertake proactive due diligence on permit applicants, and monitor business activity of criminally exposed entities.

Regulatory compliance monitoring of permit holders and their operations should also be shared between police and the South African Diamond and Precious Metals Regulator. Any legislative amendments should tighten the licensing requirements of scrap metal dealers and gold export permit holders, and mandate the Department of Mineral Resources to proactively publish their corporate details.

The government should centralise the gold buying system through which licensed scrap metal dealers purchase and process precious metals. Doing so would interrupt the syndicates’ control of the illicit market and serve as a significant step towards formalising Zama Zama activity into the legal supply chain.

A single gold buyer would purchase at the daily spot price – offering Zama Zamas true market value for their gold, and thereby incentivising them to operate within a formalised and legal framework. Refining charges should be competitive with international market rates (i.e. not more than what Rand Refinery currently charges).

Last year Petra Diamonds and iKapa signed co-operation agreements with illegal miners on their property in the Northern Cape. This could be considered a model for companies with similar above-ground mining operations that have been affected by illegal mining. Such arrangements allow artisanal and small-scale mining within an industrial concession but set parameters on how artisanal miners work and sell their production. DM

This article is based on a policy brief Uncovered: The dark world of the Zama Zamas, published by the ENACT project. ENACT is funded by the European Union (EU). The contents of this article are the sole responsibility of the author and can under no circumstances be regarded as reflecting the position of the EU