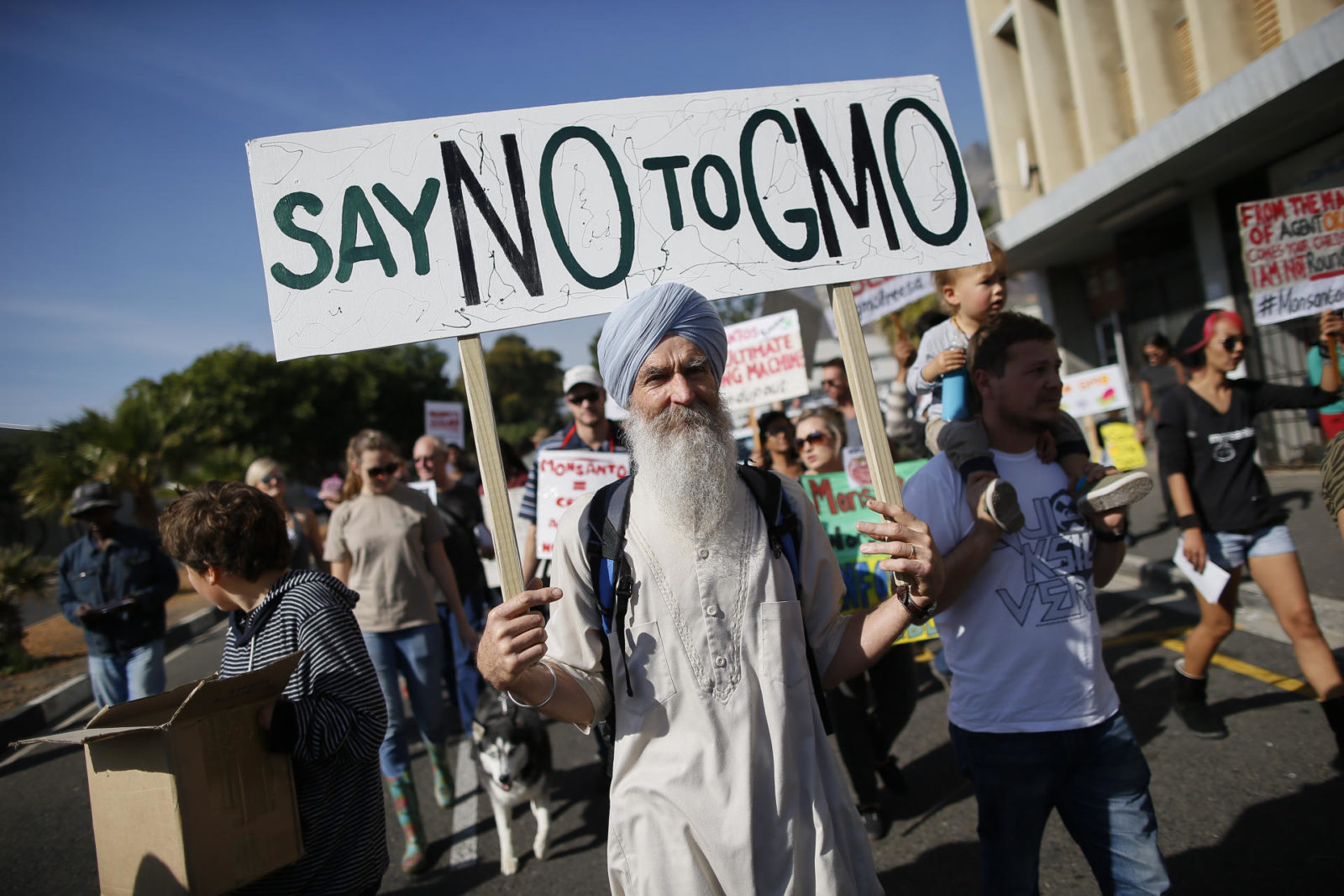 It is interesting that Ivo Vegter chose to publish his piece (Daily Maverick, 11 June 2019) accusing anti-GMO activists, and Biowatch in particular, of disregarding scientific truth on the eve of the organisation’s 20 years’ celebration in Durban. At the event, Justice Poswa, retired Judge of the High Court commended Biowatch for monitoring the implementation of South Africa’s obligations under the Convention on Biological Diversity and its courage in pursuing the ‘Biowatch case’ 'making it easier for indigent people to embark on litigation against heavyweight opponents, without worrying about costs should they lose, provided their actions are genuine'.

Ivo Vegter accuses Biowatch and like-minded bodies of ignoring the science on GMOs, and then goes on to select the “evidence” placed before us by scientists. But he mainly cites scientists who are paid for and backed by powerful GMO interests.

Vegter says that the herbicide Glyphosate, used by GMO farmers, isn’t dangerous. In doing so he references one of his own opinion pieces. Yet the World Health Organisation’s (WHO) credible, independent and usually cautious International Agency for Research on Cancer reclassified glyphosate as “probably carcinogenic to humans” in 2017. Our Cancer Association of South Africa (Cansa) published its own review statement to say it agreed with the findings; recommending that exposure to glyphosate must be limited and that the Department of Agriculture should re-examine the conditions of approval of glyphosate in South Africa.

It was the WHO re-classification that has prompted more than 13,000 cancer victims to take up legal action against Monsanto (now owned by Bayer). In the first three cases heard so far, the courts have found in favour of victims suffering from non-Hodgkin lymphoma and awarded them compensation in the billions of dollars. As part of the court discovery process, Monsanto was forced to hand over its own internal documents. These proved that Monsanto knew the dangers of glyphosate to health, but covered this up using various corrupt means including the ghost-writing of supposedly independent scientific studies. The millions of pages of this irrefutable and rigorously vetted proof is publicly available from the US Right to Know.

South Africa has shockingly allowed ubiquitous use of glyphosate. It is important to note that our commercial agriculture is heavily vested in the use of glyphosate due to reliance on GM maize and soya crops engineered to be glyphosate tolerant. According to the ISAAA, a biotech industry organisation, 83% of the 2.7-million hectares of GM crops grown in SA in 2017 were herbicide (glyphosate) tolerant.

Another example of Vegter’s pro-industry selectivity is his citation of the Brookes article published in the journal GM Crops and Food. Brookes is one of the Directors for consultancy firm PG Economics, an economics lobby group linked to pro-GM groups in the UK. Its clients include agri-technology companies, agrochemical manufacturers, seed companies and plant breeders. Brookes and his partner, Barfoot, have 30 years of experience working in the agricultural biotechnology industry. Their work blatantly promotes GMOs.

The study was funded by Fundacion Antama in Spain, another pro-biotech lobby, headed by Esteban Alcalde, Head of Seeds and Traits Regulatory Affairs for Europe, Africa and Middle East at the agribusiness and GMO-promoting company, Syngenta.

Biowatch and its allies will continue to expose writers like Vegter for their partiality and their smearing of those who challenge GMOs. We want to see a safer, more ecologically and socially viable kind of agriculture, free of fake science and free of monopoly control by agribusiness. Readers might wish to consult Biowatch publications to learn more. DM