What to drink with curry

What to drink with curry 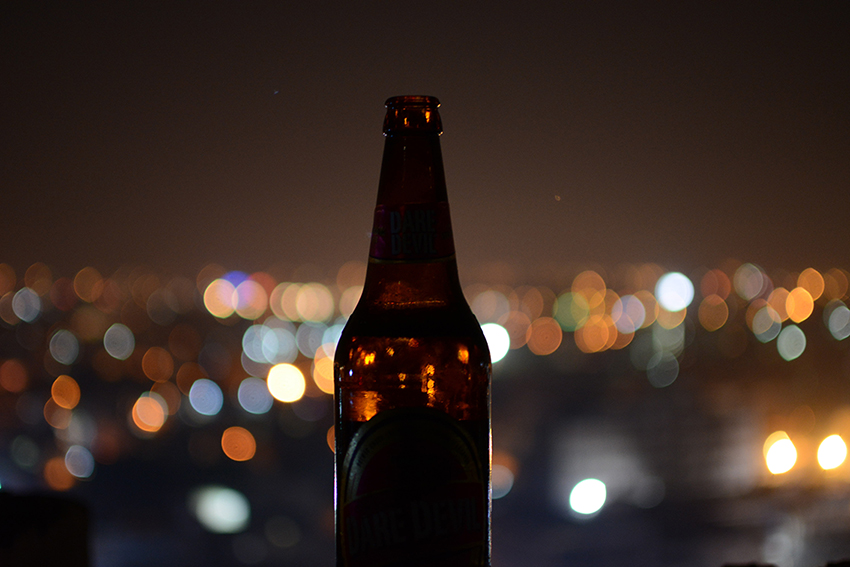 Spirits, soft drinks, even beer, even wine, are okay. A hot pot of Masala Tea – with cardamom, cinnamon, ginger and a half dozen other herbs and infused spices – is an option. Another hot pot – of Chinese tea – refreshes and calms the palate, perhaps the most brilliantly and healthily. A billion or so sophisticated foodies there haven’t had it all wrong down the millennia. And their cuisines include the fieriest of dishes. Only think Szechuan and feel the rising beads of sweat…

Coke is the drink of choice in Durban’s bunny dens. A splash of brandy in the Coke remains popular with the older generation in KZN. Over the border, in Angola and Mozambique, a red wine-Coke mix called Katemba is favoured. Just about anything seems to go.

So, the debate about what to drink with hot (aka Durban) curry is probably, ultimately, fairly pointless hot air. And there’s always the “it’s-only-my/your-opinion” subjective dead-end. Culinary discussion is always blurred (or burdened?) by personal taste, which discards objectivity and science (often contradictory). And now environmental “morality” joins the fray.

But, for the fun of it, here goes… maybe there still are a couple of handy drinking ideas worth observing, or trying.

Beer, lager, ale, draught or bottle? Gently carbonated with a foamy head and busy bubbles? All do it, sort of. Lager is the traditional companion in Britain’s 12,000 curry restaurants, where two-million pints of beer are sold every week. But not because some arbiter of taste has decreed it’s the perfect marriage. It’s because the King of Denmark, visiting London and the famed curry restaurant, Veeraswamy, back in the 1930s, brought along a personal supply of Carlsberg lager, and, in a spirit of canny, opportunistic chauvinism, generously shared free pints all round. So the story goes. The gentry was sold. Soon the general populace was, too.

Some “fine-dining” London restaurants boast lavish wine lists. Beer is wonderful, notes one leading chef – before or after curry. Wine with curry.

But wine is a sipping drink, essentially, and most of us probably agree curry needs a drinking drink; one that quenches too. Wine is also alcoholically heavier than beer (and curry is not particularly light, along with rotis and rice). However, while beer may be lower in alcohol, so we can drink more of it for longer, across the expanse of an entire meal its carbonated energy can also be bloating.

The wine “alternative” of a few blocks of ice and water added (or sparkling water for a spritzer) has growing numbers of devotees (including the Durban Curry editor!) and in wine’s new age of free-form attitudes, it’s uncool to frown.

But the curry “opiate”, the adrenaline-endorphin rush – scientists tell us it’s a compound, capsaicin, triggering morale boosting switches in our brains – isn’t immune to the influence of drink! A gentle alcoholic nudge still has a place at the table, especially as Durban curry recipes broaden their styles, with an emphasis on spice aromas and flavours over chilli inferno. And then wines can enhance, complement and, in the culinary cliché, even contrast their flavours deliciously against the curry.

A lime-citrus, barrel-fermented Chardonnay, with notes of vanilla, cinnamon, butterscotch and clove toastiness is, for example, echoed in some shellfish curries, with the underlying sweetness of the seafood poking through the rich, spicy sauces.

A personal white wine favourite, even in these rough seas, is Riesling: the steely purity of its elegant punch doesn’t cringe when faced with a curry. Sadly, we still have too few in South Africa to match the Alsatian and Rhineland-Mosel stunners.

Chenin Blanc is the most reliable stand-by in my book, but the public’s clear favourite with curry is sassy, forward Sauvignon Blanc. This is the white wine equivalent of estery, boiled-sweets Pinotage: loud, exuberant, usually tannin-edgy. Mutton and lamb curries are a good idea here – and maybe even a chilled Merlot.

My own personal preferences change (as do Durban curry styles themselves) all the time – with just two constant provisos: whatever it is (unless it’s the pot of tea) it should be really, properly, really cold. Condensation everywhere. And I do like a cheering, busy bubble – either under a head of lager, or in a Champagne, or MCC, or Prosecco, or…?

But often, I’ll return to beer, and to the memories it brings of my foreign-correspondent past.

West Africans are no strangers to tongue-curling heat on the plate. No points for guessing why they call their spicy chilli mixture palaver sauce. It gets you talking. Spluttering. I quickly developed a huge respect for this muddy-red dynamite in Nigeria decades ago, where I was covering the civil war. The only fare available in the bush, in the field, was fufu, a plantain-cassava mix – filling, tasteless carbo stodge. Until drowned in palaver sauce, whereupon it became even more unapproachable to an unhardened palate.

Palaver sauce chillies are surely not too distantly related to the fearsome Trinidadian Moruga Scorpion from across the Atlantic. Our own much respected bird’s eye chilli in South Africa rates a paltry 100,000 points on the pepper Richter scale (Scoville Heat Units). The Moruga Scorpion, near the very top of this dangerous league, stings at two-million! It felt like it.

Fortunately my appetite and capacity for local beers then was still boundless – usually brands prefixed with reassuring labels declaring them “turbo lager”. My gratitude to any beer has been undimmed since. DM