Violence at School: ‘Lack of political will’ blamed, among other factors 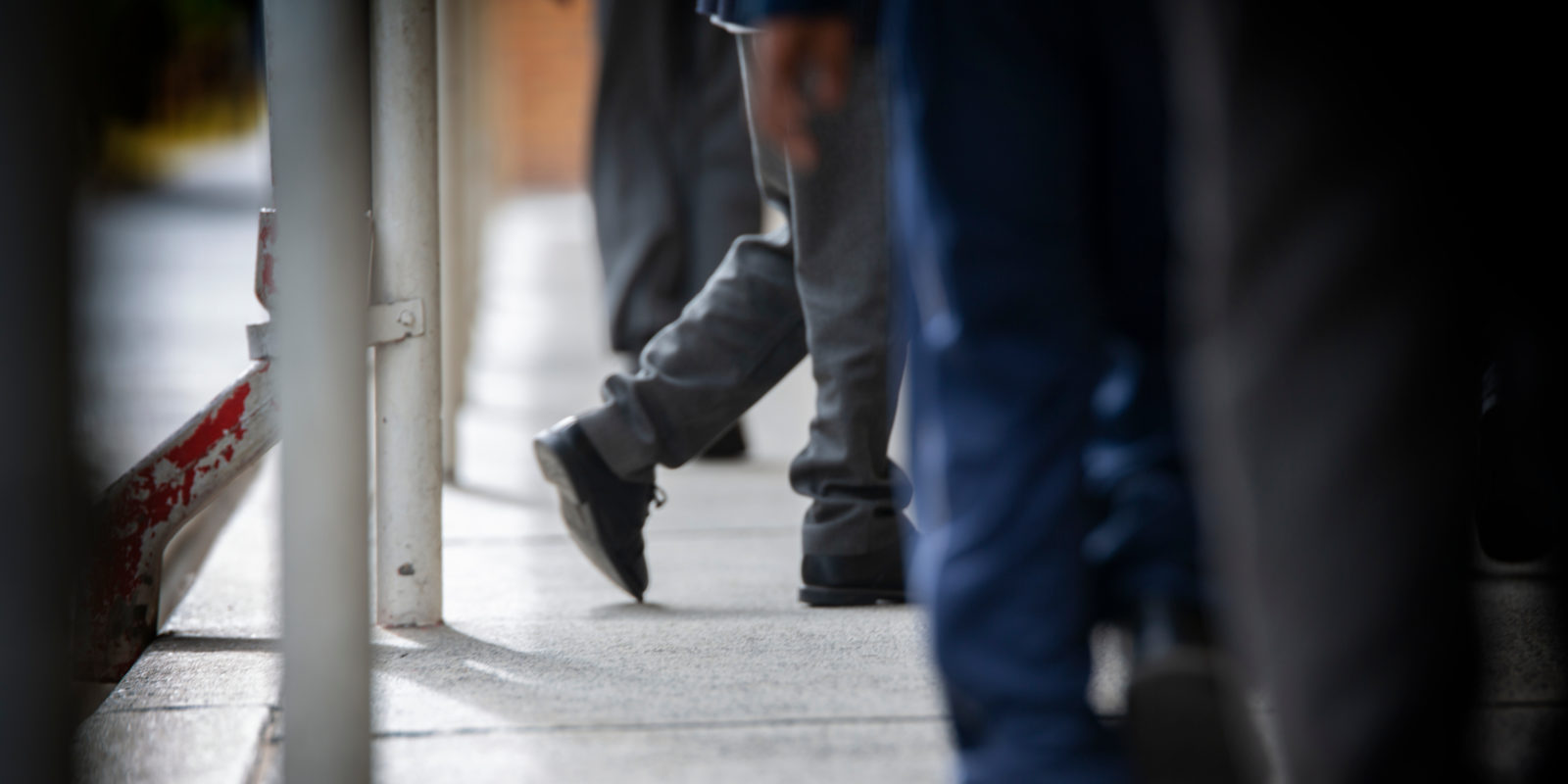 The gunning down of a 48-year-old teacher Sibonakaliso Nyawose on the Masuku Primary school premises on Tuesday and the stabbing to death of a learner at Forest High School has once again shone the light on violence at schools. Unfortunately, a solution to the stemming the bloodshed does not appear to be in sight.

According to the fledgeling South African teachers’ union, the Education Union of South Africa (EUSA) 50 teachers are attacked or threatened by learners in South Africa’s schools a month. The union said from May 2018 to date, already over 600 cases of violence in schools have been reported at its offices.

The South African Democratic Teachers Union’s (SADTU) Nomsa Cembi said “monthly we talk of 72,000 incidents (of school-based violence) conservatively. Attacks are not only physical but verbally, cyberbullying, etc”. The numbers Cembi refers to are all incidents of violence, not just learner-on-teacher violence.

In mid-December 2018, Daily Maverick reported that since the beginning of 2018, at least 25 incidents of school violence had been reported. Eleven lives were lost, and those were of two teachers and nine pupils. The statistics were based on an analysis of media reports over a period of 12 months. These were not official figures, but that they painted a stark picture of schoolyard violence begging serious intervention.

But it appears that many cases of violence in schools go unreported, which means the currently available figures could just be a tip of the iceberg.

In his research paper titled Violence against teachers at schools in South Africa, Daya Chetty, President of the South African Principals Association (SAPA) Gauteng province, and Principal of Laudium Secondary School said most teachers do not want to be known as the person who was unable to discipline a child, “so many are quiet about it”.

“Some teachers go for counselling after violent incidents but others don’t want to be recognised as having been manhandled or defeated [by pupils]… They even see the process of counselling as an embarrassment,” said Chetty.

“For most teachers, they feel that even when the methods are applied, it is the consequences that are not adequate and very often teachers complain about the children who have been found guilty of all sorts of mayhem are then placed back into the same class with the very same teachers that they may have assaulted. These pupils come back as heroes and it just further breaks down the entire system of discipline,” noted Chetty.

South African Council of Educators (SACE) spokesperson Themba Ndhlovu has repeatedly pleaded with teachers to report cases of violence and not bottle them up as this could harm their careers.

Learner-on-teacher violence in the country’s schools includes, but is not limited to, slapping of teachers, stabbing, threatening and throwing objects at teachers.

There have been suggestions that a Nigerian teacher who was involved in a fight with a learner in KwaZulu-Natal was attacked because he was a foreign national, and also that teachers who are foreign nationals were under siege from unruly pupils. But, EUSA’s General Secretary Siphiwe Mpungose denied this was the case.

“Not necessarily. Learners are attacking teachers irrespective of their nationality. Learners come to school with social issues and vent their anger on teachers. South African teachers are equally under siege from the hooligans masquerading as learners in our schools,” said Mpungose.

There have also been suggestions from both civil society and parents that learner-on-teacher violence spiked soon after the abolishment of capital punishment in the country’s schools and that pupils were generally not susceptible to discipline. The Department of Basic Education dismissed this and labelled corporal punishment a crime.

“This line of thought is probably driven by people who don’t realise that corporal punishment is actually itself violence,” spokesperson Elijah Mhlanga said.

Safety and Violence Initiative Director (SaVI) at the University of Cape Town, Guy Lamb concurred. “There is no evidence to support this. Despite corporal punishment being outlawed many schools still practise it. In fact, experiencing violence as a child (particularly boys) is a key risk for violence perpetration in later life.”

Lamb said perpetrators of school violence would have experienced violence in their own homes, neighbourhoods and typically among their peers.

“Indeed, characteristics and dynamics in schools can increase the risk of such violence, especially if those learners prone to violence feel as if they are being persecuted or humiliated by educators. In addition, there may be learner-on-teacher violence where schools are unable to prevent learners who have been suspended/expelled due to aggressive/violent behaviour from entering the school grounds,” Lamb said.

Added Lamb: “Furthermore, schools that are vulnerable to such violence may see such violence take place where there is an absence of a working relationship between the school and the local police station. Where there is a major gap for the prevention of such violence in terms of social workers and school counsellors who can work with learners who are prone to violence”.

SADTU’s Cembi said “violence in schools should not be looked at in isolation. It is part of what is happening in communities where there are declining levels of discipline in the home, drug abuse is on the increase as is lawlessness”.

Mhlanga conceded that the issue of school violence was beyond the department’s control as it was a result of a broken moral fabric in society.

“The Department of Basic Education is not the competent authority on matters of safety and security. A proper observation of the nature of the problem we have points to a broken moral fabric in society. The relevant department, tasked with crime prevention, must be requested to respond on security measures that will be put in place to protect schools,” he said.

Mhlanga said the Department of Basic Education has neither the budget nor the technical expertise to assume this specialised task of eradicating violence in the country’s schools. But, Mhlanga said, this did not absolve the department of any responsibility as they are responsible for basic education in the country. He said society must take responsibility to protect its own people, schools and its own environment.

EUSA blamed a lack of political will as the reason why addressing school violence stalled. The union said its members will march to Parliament in an effort to voice their displeasure at the appointment of Angie Motshekga and Blade Nzimande as Ministers of Basic Education and Higher Education respectively.

“EUSA shall march to the National Assembly in Parliament to hand over a memorandum to the Speaker and political parties to demand that the President remove the two as ministers,” reads the union’s statement.

EUSA has also made a call for teachers to arm themselves, a call which has been condemned by rival union, SADTU and the Basic Education Department.

What is clear though, is much more needs to be done to address violence at schools for the sake the country’s learners and teachers. DM