Automation and the Fourth Industrial Revolution: A forc...

Automation and the Fourth Industrial Revolution: A force for the liberation of workers 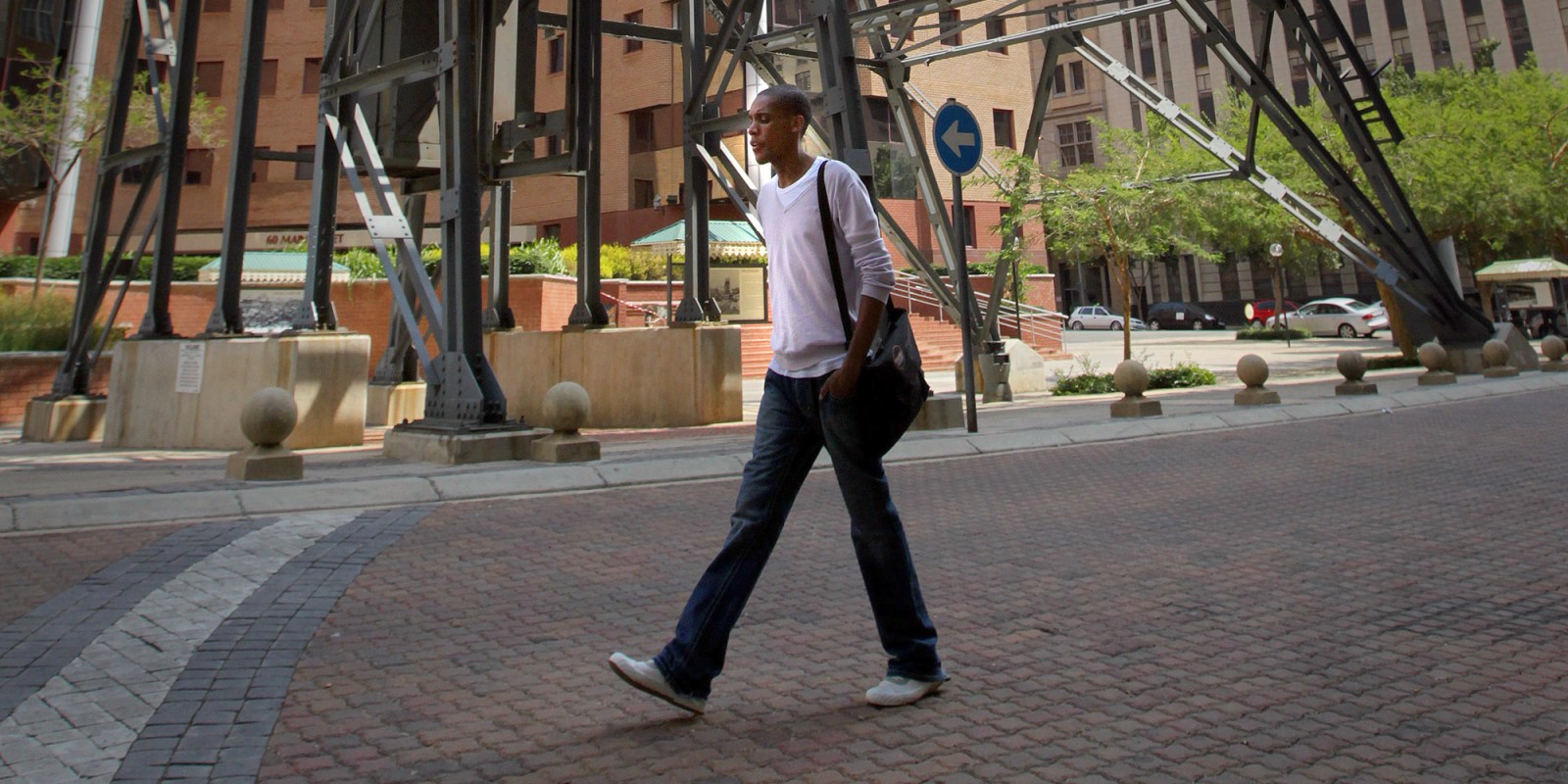 Work in the 21st century will require a new kind of training to equip the youth to ride the incoming wave of automation, rather than drown in it. With an already high level of youth unemployment, South Africa needs to produce a new generation of the worker from its educational institutions and youth employment programmes, with an emphasis on creativity and soft skills.

The public debate around the disheartening youth unemployment — 55.2% for those aged 15-24 — always involves a damning indictment of a failing education system which leaves young people without the basic competency for skilled work or without adequate higher training required by the labour market.

Occasionally, a shrinking economy that declined by 3.2% in the first quarter of 2019 shows up in conversation as the cause of fewer jobs being available, even for those who are qualified, let alone the unskilled majority.

And, coupled with a complicated labour law system, the frequency of public protests and seemingly unwise public policy, foreign direct investment is said to be repelled from the South African economy.

Furthermore, a dread of the impending automation of work and its effects is expected to exacerbate an already volatile public mood when workers are displaced.

“We don’t really know why this is the case (of high unemployment); if we did, we would have changed it,” said Volker Schoer, associate professor at the Wits School of Economics.

According to Schoer, over the years the government has tried a number of programmes and incentives to tackle youth unemployment, all which have not produced the desired results.

The Employment Tax Incentive (ETI) is one such initiative. It came into effect in 2014, aimed at encouraging employers to take on younger job seekers by reducing the cost of hiring them. By absorbing more young people, companies would qualify to claim the ETI and reduce PAYE tax.

However, Schoer contends that rather than making labour more affordable, the government was asking companies to experiment with an unskilled and inexperienced labour demographic.

If a business makes muffins, Schoer explained, and the older worker makes a 100 a day while the younger worker can make only 50 a day, regardless of the incentives provided, an employer will stick with the more productive, experienced worker.

According to Musa Mhlongo, manager at Fit For Life, Fit For Work, a work readiness programme for the youth, companies have neither the time nor money to spend on training a new employee; they prefer hiring someone who already knows how to do the job so they can hit the ground running.

Mhlongo says this is the reason “work experience” has become a common requirement even when hiring new entrants to the labour market.

Schoer says that in his research with more than 200 companies, when he asks why they look for work experience from a potential hire, he says they say they would like to know if the candidate is “trustworthy, punctual, committed and what type of character” they have — traits which can better be assessed from a previous job and not from any qualification.

According to StatsSA, unemployment among the youth increases in the first quarter of every year, mainly because of new entrants into the labour market, 85.7% of whom are graduates.

Mhlongo says the level of access to resources to help find work, such as a computer, data and social networks are important factors in young people finding work.

According to the Graduate Exit Survey conducted by the UCT Centre for Higher Education and Development (CHED), only 44.48% of their 2018 class are employed. Furthermore, 30.78% of the same class are studying further, while 10.71% are still looking for work and 3.75% are self-employed.

And while graduates face hurdles, young people who have only a matric have a tougher battle — and it is even worse for those who did not pass or make it to Grade 12.

When the Minister of Basic Education Angie Motshekga announced that the national pass rate for 2018 was 78.2%, educational analyst Nic Spaul tweeted that 400,000 learners had dropped out of school from the 2007 class that started Grade 1 and matriculated in 2018.

And with “no proof of their educational status whatsoever, (they are) almost certainly unemployed”, tweeted Spaul.

Which means even if South Africa had a thriving economy, most young people do not have the necessary level of education and skills for the labour market to absorb them.

And although work readiness programmes such as the Harambee Youth Employment Accelerator, Fit For Life Fit For Work, the Thabiso Skills Institute, the National Youth Development Agency and others have taken on the mantle of retraining unskilled youth, the Siyakha Youth Asset Study has found that 54% remain unemployed after the programmes.

According to the study, which tracked young people through these various employment programmes, only 27% end up finding work — although they had a 9% chance of getting a job with more “self-confidence and efficacy” than those who did not go through such programmes.

Therefore, beyond the lack of necessary educational levels, even the programmes meant to retrain these youths are not effective, while higher education training also demonstrates an inability to equip graduates with the practical skills that employers are looking for.

According to Schoer, the worker of the 21st century must be ready for increased automation, which has shrunk the mining industry by 10.8% and manufacturing by 8.8% in the first quarter of 2019.

A study by McKinsey Global Institute, conducted in more than 46 countries, has found that 400 million workers will lose their jobs across the globe by 2030 as a result of automation.

Manual labour that is repetitive, mundane and requires less creativity will be replaced by automation and digitisation, said Schoer.

Jobs in retail, sales, administration, construction and manufacturing will experience a decline in the demand for labour. Schoer contends that the Fourth Industrial Revolution will not only affect low-skilled work, but also highly skilled work such as accounting. Companies are digitising their services and removing the “middle man” between customers and products, said Schoer.

What will set the typical worker of the 21st century apart, continued Schoer, will be their ability to be flexible, use their creativity, interpret facts and be adept in social interactions.

These are the skills that cannot be automated, at least not yet.

The Department of Higher Education has published a number of Occupations In High Demand (OIHD) which includes artisan work, which are difficult to automate.

Mhlongo says most young people who go through her work readiness programme lack the behavioural “soft skills” required by most employers.

According to Mhlongo, an employer she worked with went to great lengths of hiring a candidate who did not have the requisite qualifications just because they showed a high aptitude in soft skills.

According to Schoer, the poor impact of basic education on a learner is almost impossible to fix in adulthood; however, when employment programmes consider the type of worker a business needs, they will be able to tailor the training.

By focusing on soft skills, creativity and the ability to interpret situations, these programmes can go beyond retraining youth and equip them with skills required to create a high demand for their labour in the job market.

Already young people are making their own way by using social media to create jobs for themselves. Young people find ways to make a living by showcasing their talents on YouTube, for instance. An investment in the arts will open up avenues of work for most young South Africans.

According to Kweilin Ellingrud, senior partner at McKinsey, automation “gives workers time for more higher-value tasks such as problem-solving, finding solutions and developing new ideas. This will empower employees and generate a more engaging and challenging work experience”.

Rather than an impending doom, automation and the Fourth Industrial Revolution ought to be seen as a force of liberation for workers, which will allow them to focus on intrinsic value and specialised work.

Our educational and training institutions will be put under pressure to reflect this ethos of encouraging creativity, rather than just compliance with repetitive work and processes. DM