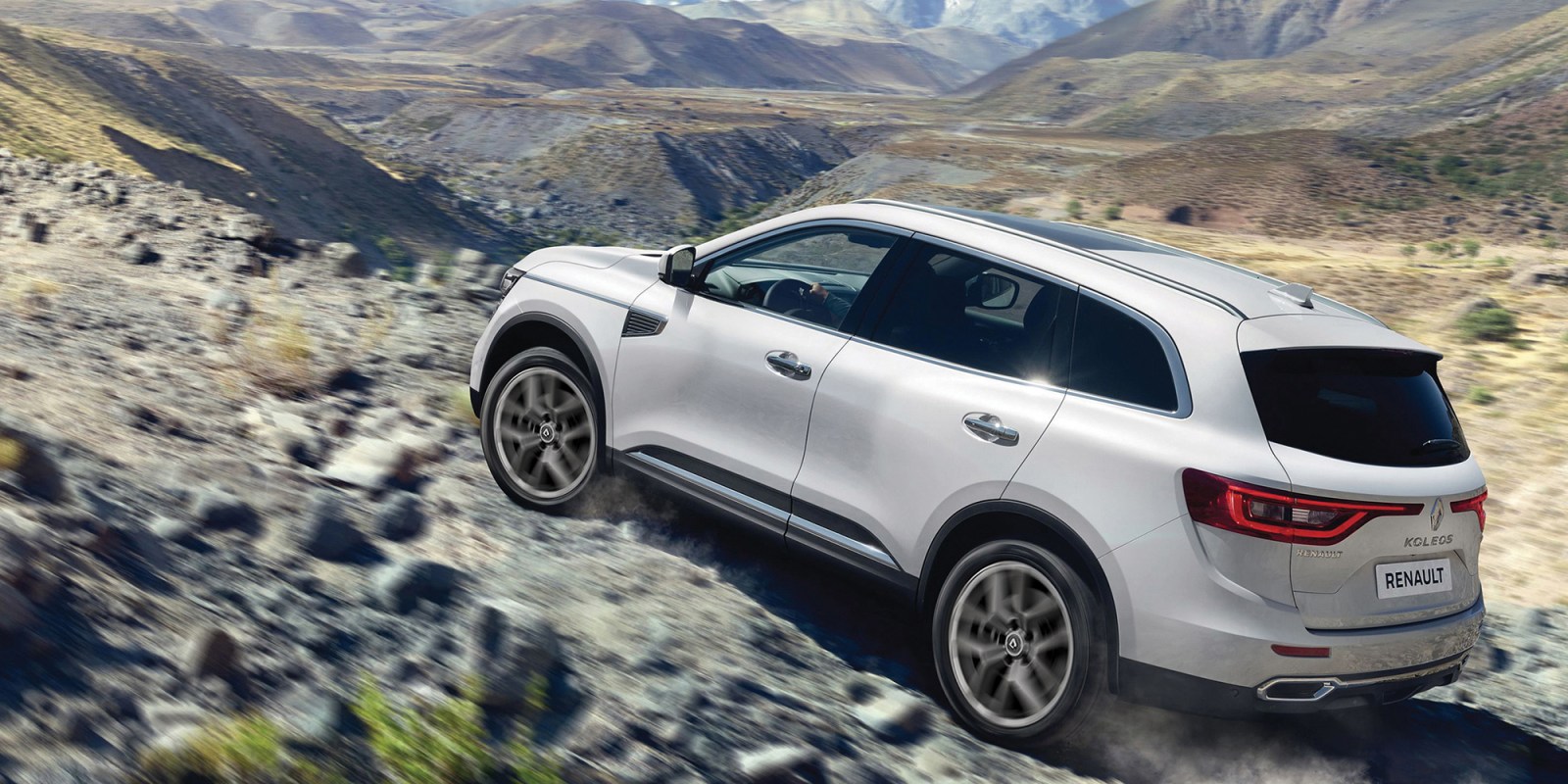 The Renault Koleos isn’t the fastest or fanciest SUV out there. But it is capacious, competent and well-equipped, while exuding a reassuringly robust air of quality. Will that be enough to take on more established players in the SUV space?

The Renault product portfolio has always been a diverse one, but for many, the French marque’s real strength has traditionally been in the small car segment, thanks to successive generations of the Renault Clio, and its predecessor, the Renault 5.

That said, one shouldn’t forget that Renault played a pioneering role in establishing the MPV category with the trend-setting Scénic, once a best-seller locally. And now that the emphasis has shifted to SUVs, it’s found a willing audience with its Captur and Duster models in SA. 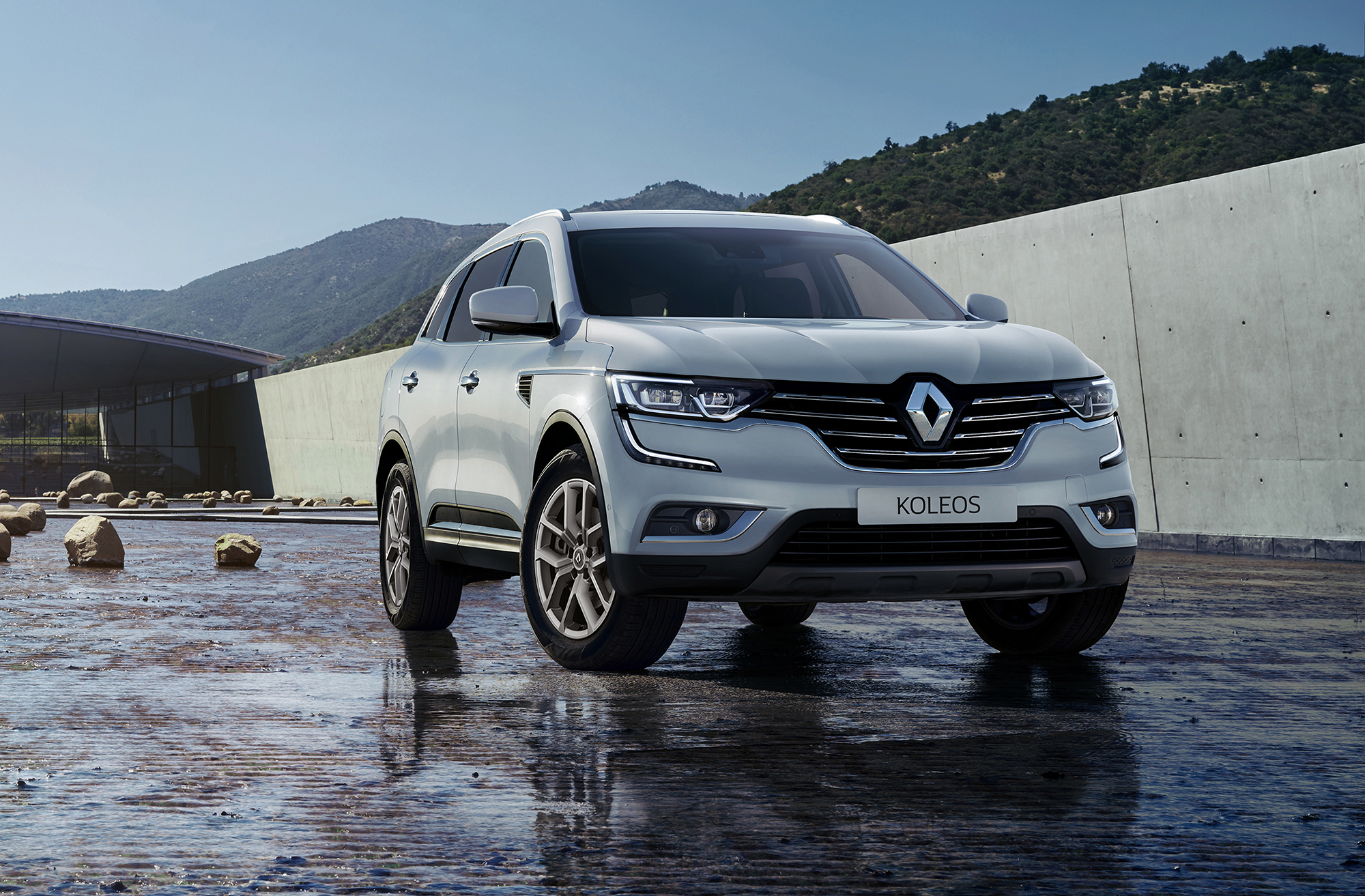 The new Koleos, launched here earlier this year, is an altogether larger SUV contender, although it still competes in what’s known as the compact SUV space. In this instance, take that “compact” designation with a pinch of salt, though.

The Koleos is 4,673mm long – that’s longer than the VW Tiguan, Honda CR-V and Toyota RAV4 – and only 97mm less than the Hyundai Santa Fé, which belongs to the mid-sized SUV category.

Add a width of 1,843mm and a height of 1,678mm, and the tape measure confirms what the imposing stature of this latest Koleos suggests: this is a substantial vehicle. 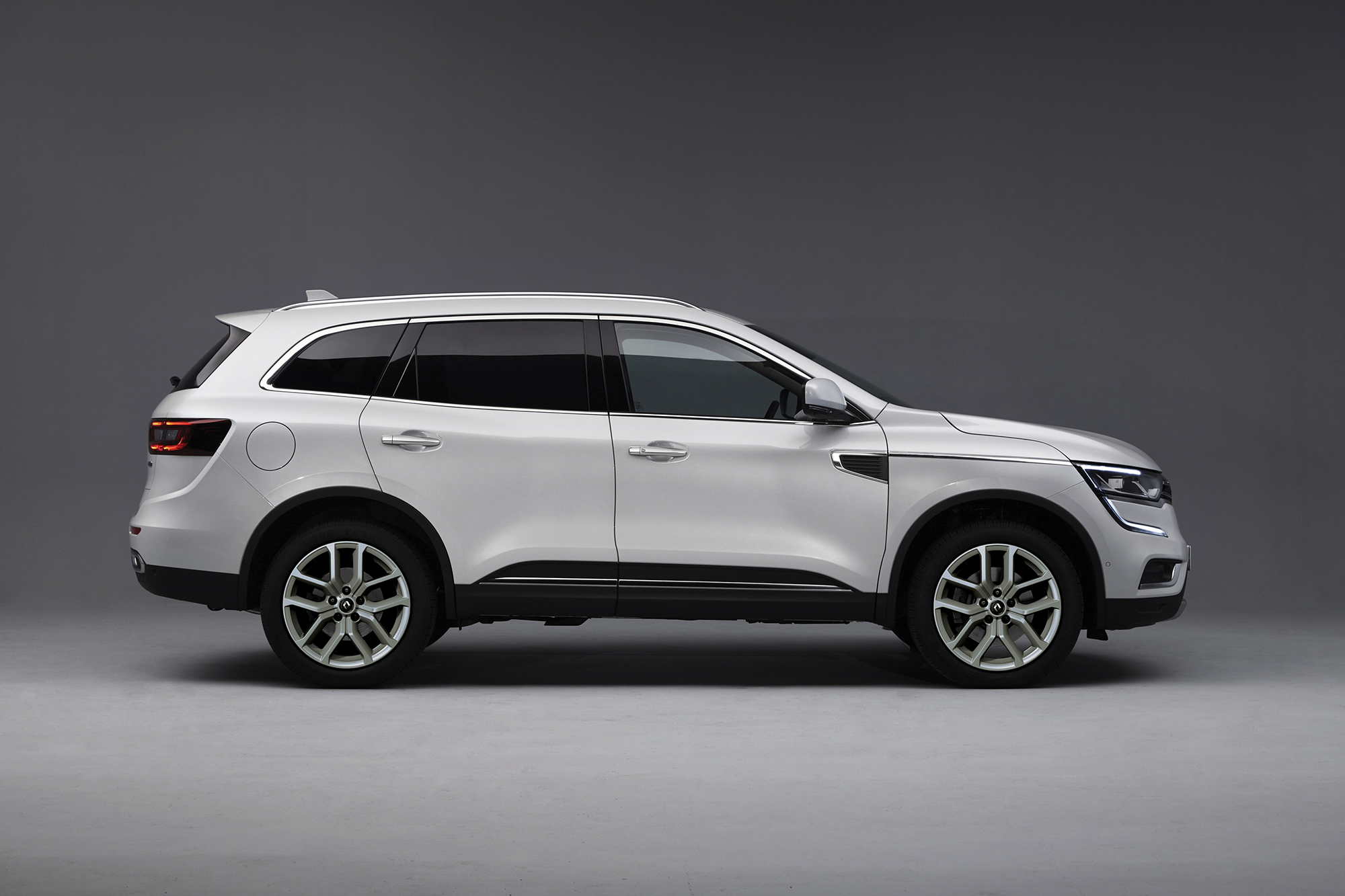 The styling is on the conservative end of the SUV scale, with the typical proportions and silhouette expected of the genre: bold bonnet, extended roofline, tailgated rear and raised stance.

The front end is dominated by a large, chrome-accentuated grille with wing-like extensions that link up with slimline LED headlights on either side. Prominent daytime running lights outline the edges, while recessed fog lamps and a scuff plate add the final touches.

In profile, the Koleos can look somewhat slab-sided, lifted to some extent by brightwork accents and the 18-inch alloy wheels. The latter are shod with sensible 60-profile rubber, which benefits both ride comfort and all-terrain capability. 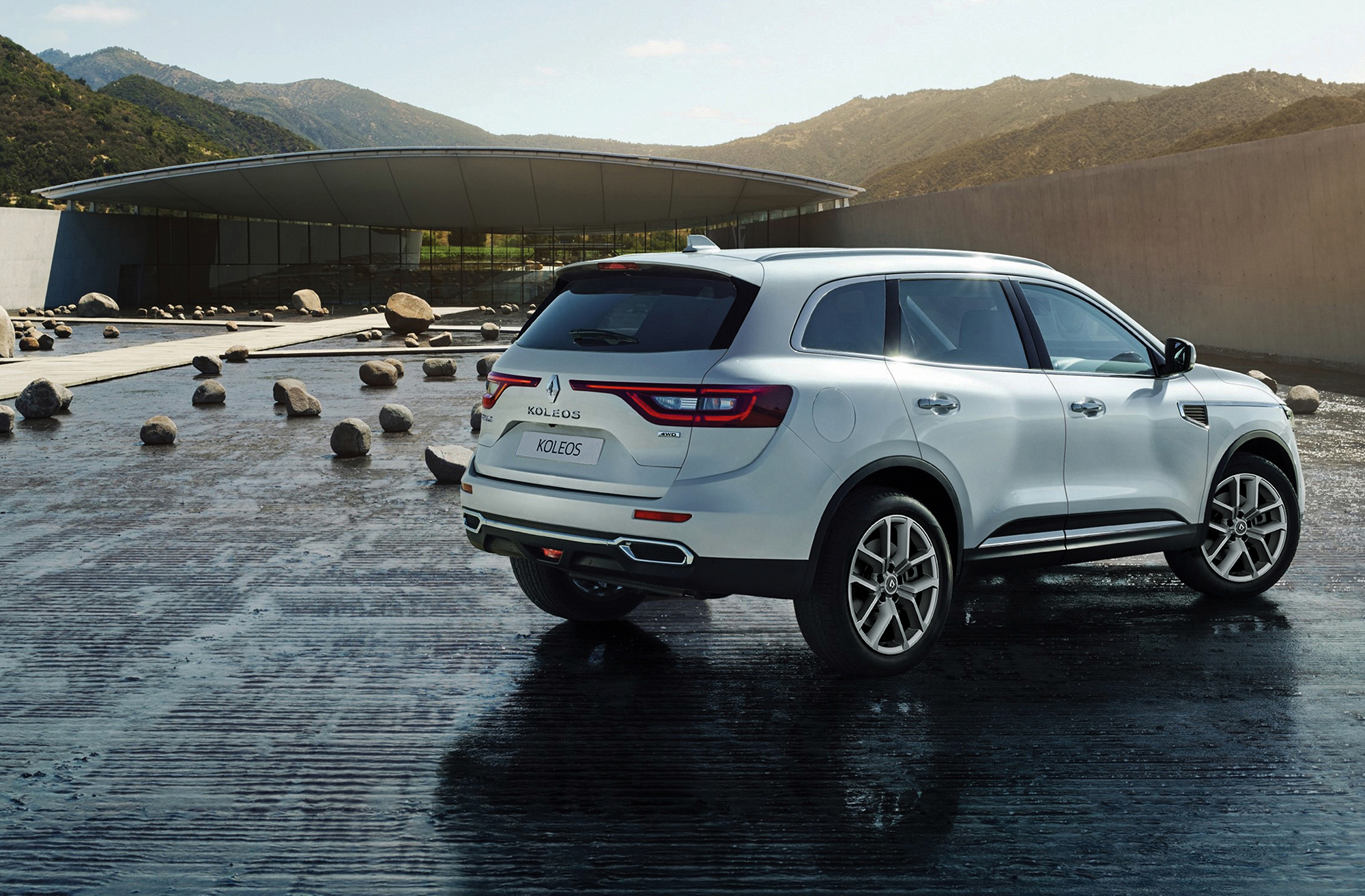 Some of Renault’s much-vaunted design flair shines through at the rear, where the tail light clusters extend to embrace the centrally located brand logo. It’s a subtle but clever touch that adds class and visual interest.

Step inside, and you realise why the Koleos’ cabin is likely to be its strongest selling point. The impression of size created by the exterior is vindicated by the abundance of interior space.

Generously bolstered front seats still leave plenty of room for up to three passengers on the rear bench seat. Business class-style legroom is accompanied by an equally bountiful head and shoulder room. 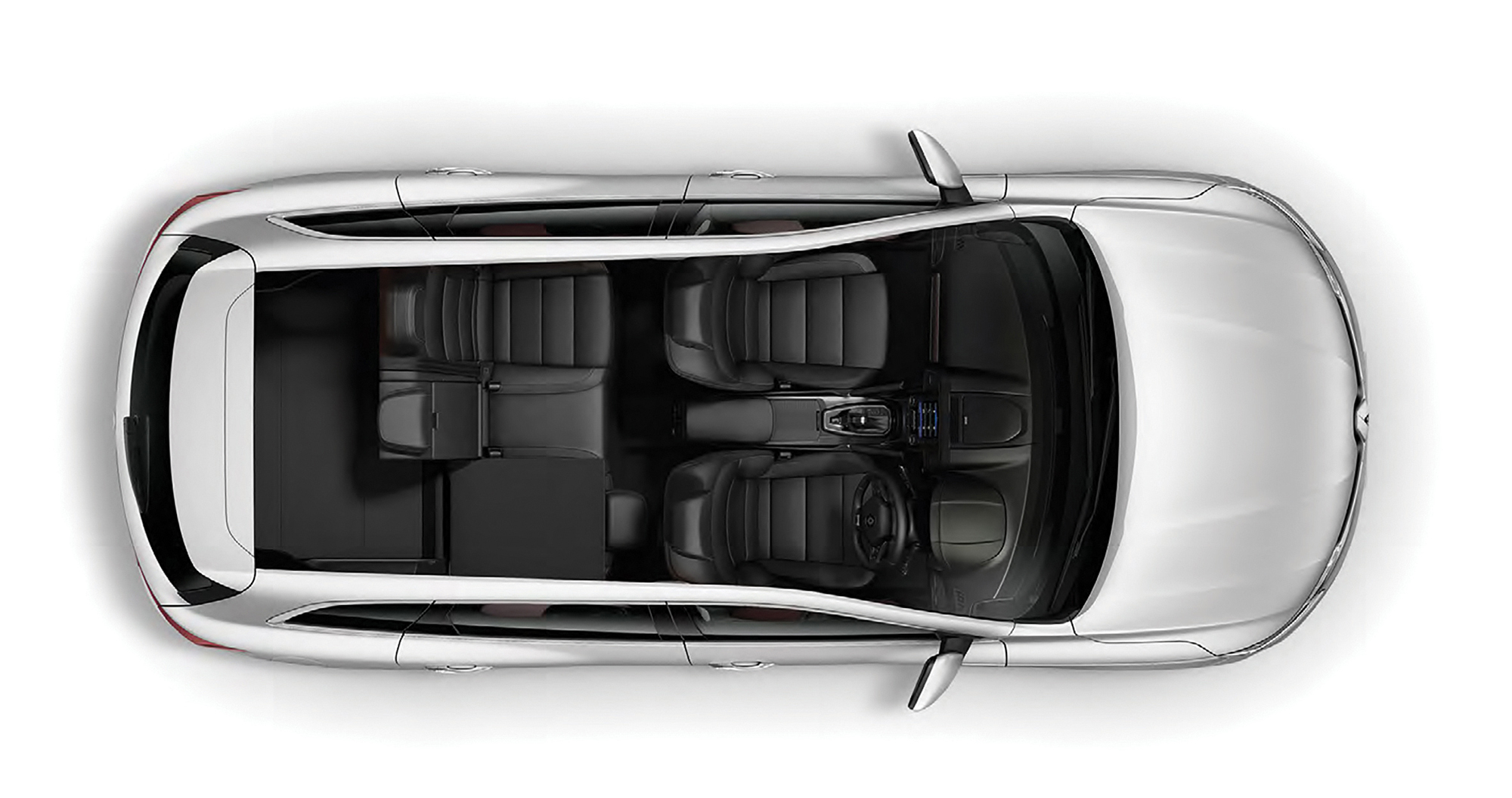 Nor does all that space come at the expense of cargo area: with the rear bench seat upright, the boot will still swallow 464 litres of luggage. Fold the split rear seat backrest flat, and the available load volume increases to a mammoth 1,795 litres.

The interior finds a good compromise between smart and functional. It’s not lavishly luxurious, but the fit and finish is impressive, and there’s an overriding sense of robust quality. 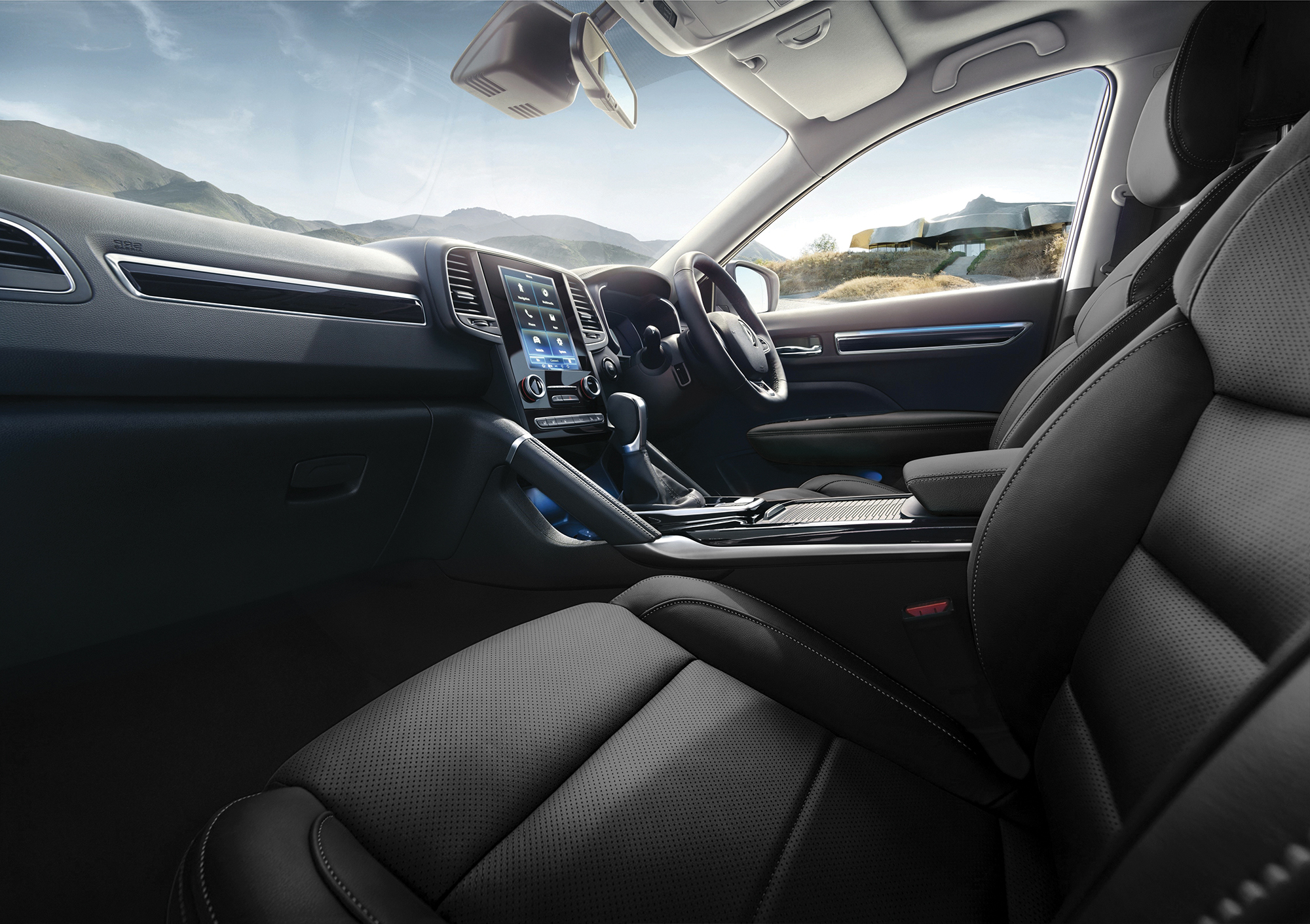 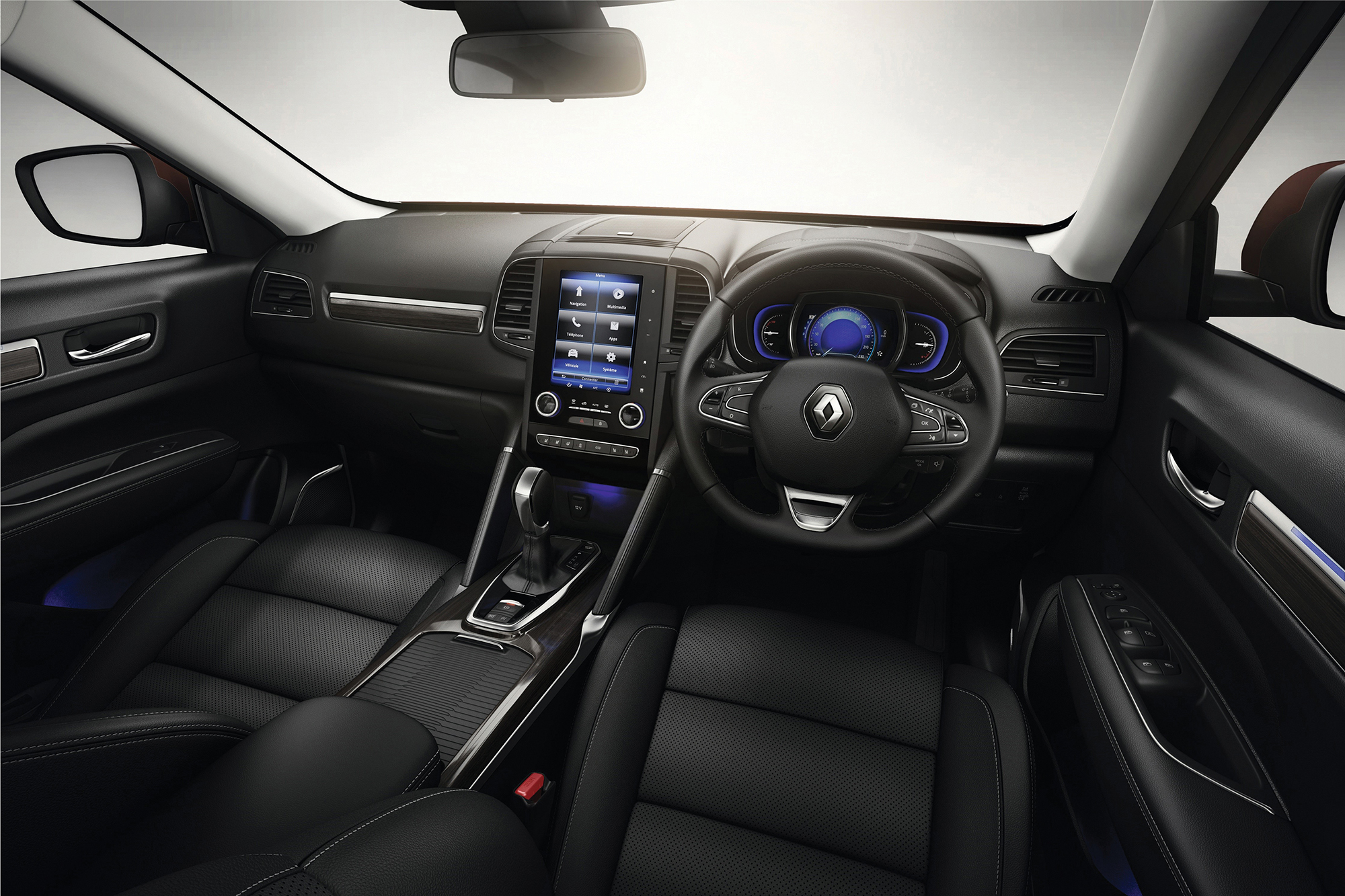 There’s loads of tech, too: The centre stack is dominated by a portrait-orientated touchscreen that acts as the gateway to Renault’s extensive functions and features, including satnav, Bluetooth, multispeaker audio, climate control and more.

Operating the system isn’t quite as intuitive as it could be, but it doesn’t take long to become familiar with the ins and outs, and once you grasp the basic principles, it all makes perfect sense. 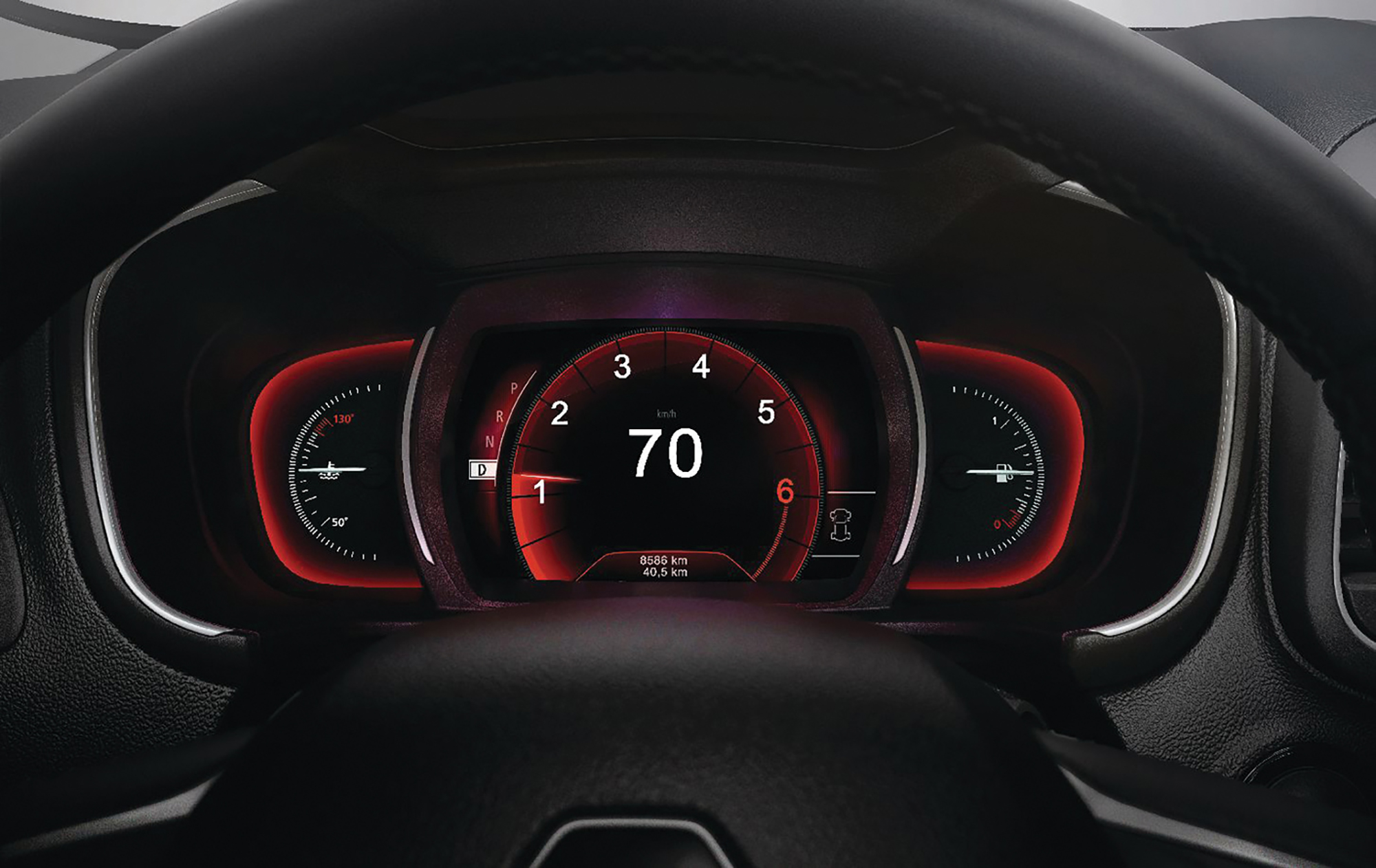 Other niceties include electric seats, mirrors and windows, a key card-powered central locking system that allows keyless remote unlocking and starting, cruise control, and a multifunction steering wheel, while the Koleos also offers the expected active and passive safety features. 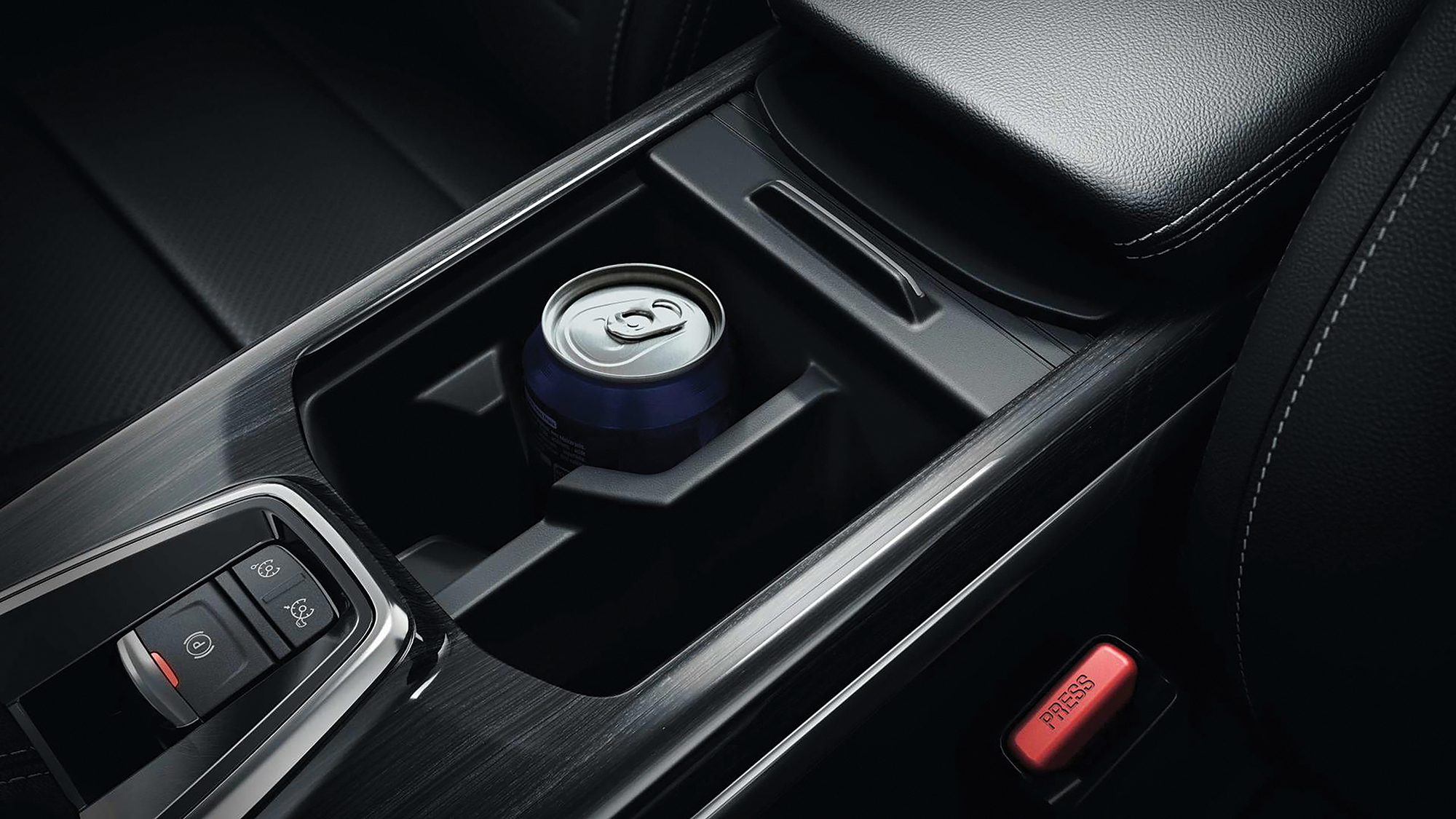 As I was writing this, Renault announced the addition of an electric parking brake, and a motorised tailgate with bumper sensor to the Dynamique spec list. The latter, which allows the tailgate to be opened by swiping your foot under the sensor, is particularly useful when you’ve got your hands full with shopping bags.

As is the case with all three models in the Koleos range, the flagship Dynamique 2.5 CVT 4×4 tested here is powered by a 2.5-litre normally aspirated petrol engine with a claimed maximum power output of 126kW, and a 233Nm torque peak.

They’re not groundbreaking figures, and without the assistance of a turbo, you need to use the full rev range to exploit the four-cylinder’s potential. Fortunately, the power unit doesn’t mind being exercised.

The Continuously Variable Transmission is a greater bone of contention. It’s a decent example of the technology and provides seven virtual gears to more closely emulate a conventional gearbox. But when driven with gusto, the dreaded rubber band effect remains too prevalent.

Even so, the Koleos feels eager, if not quite frisky, on the move. Acceleration is brisk when pressing on, and in-gear responses are emphatic enough to allow safe overtaking.

Swap the highway for some twistier country roads, and the Koleos takes the change in its stride. The suspension shows off good compliance without blunting the ride, and while the steering is over-assisted, there’s still decent heft. 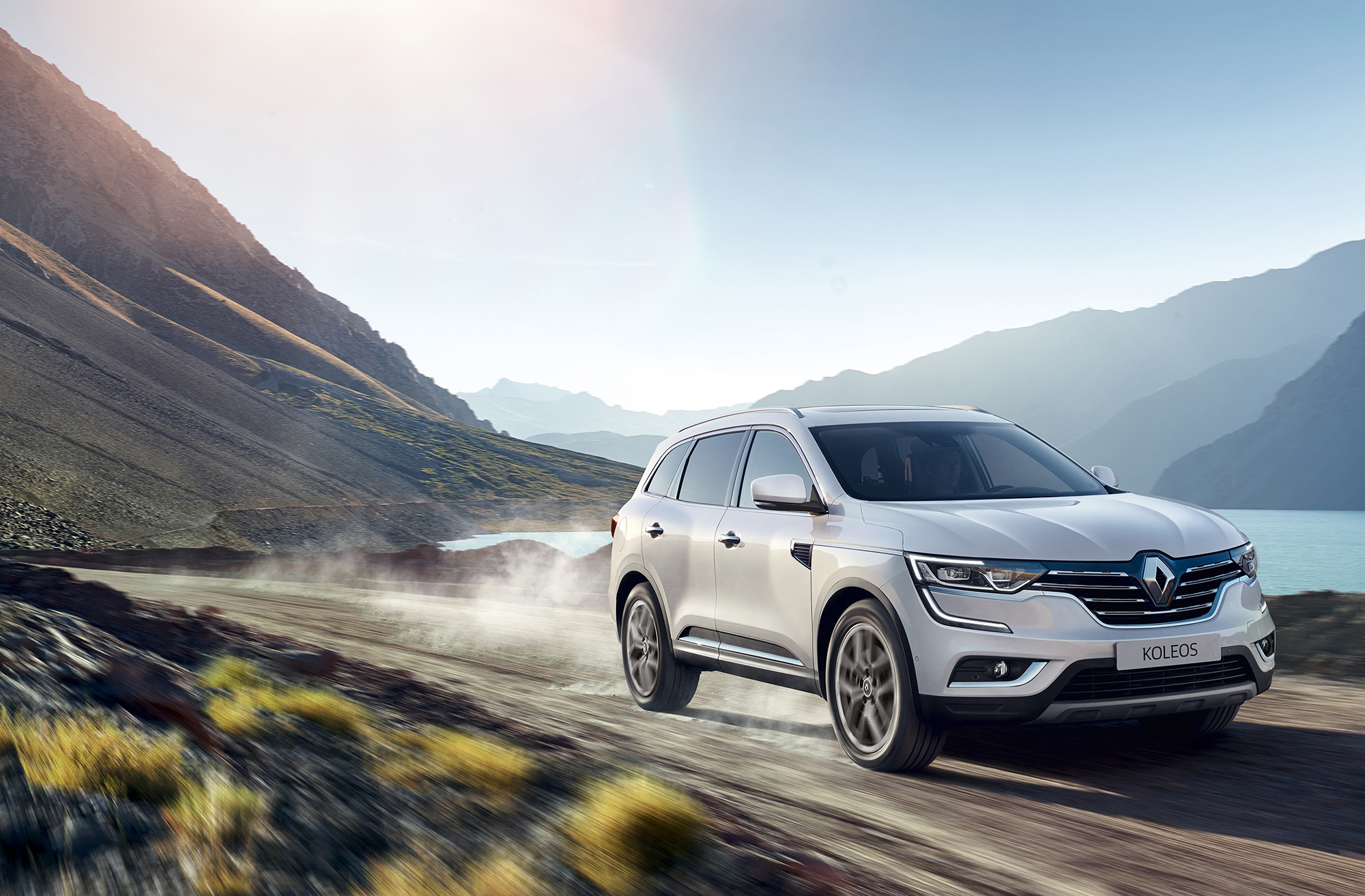 To its credit, the Koleos doesn’t feel its size when driven with intent. Its road manners are polished and confident, and when you’re too eager in the twisties, some mild under-steer gently scrubs off the extra velocity.

The all-wheel drive system’s traction benefits aren’t that noticeable on tar, but on loose gravel, sandy patches and clingy mud, you can feel the urge being allocated to both front and rear axles. A useful 210mm ground clearance –above the softroader norm – adds to the big Renault’s all-terrain capabilities.

Although they are not dedicated off-road tyres, the 225/60 rubber used here offers enough useful sidewall height for ride-enhancing flex, and also means there’s sufficient scope for deflating the tyres if you do head off the beaten track. However, remember that road tyre sidewalls tend to be more fragile than dedicated off-road designs.

I’m sure the Koleos will feel a little more spirited at sea level, which in turn might benefit the CVT’s operation. Up at Reef altitudes, the average 18% power loss does tend to highlight the peaky engine, and the CVT’s more overt behaviour.

But when you consider the R489,900 asking price, value comes into very sharp focus. Forsake the all-wheel drive, and you cut R40,000 from the top model’s price tag. And if you are prepared to live without some of the Dynamique’s kit, the entry-level Expression squeezes in at just under R400,000.

That’s terrific pricing and suggests that buyers should be queuing up to buy one. And yet, monthly sales are averaging less than 20 units, which must be a bitter pill to swallow for the brand’s dealers.

I’d wager that the lack of a turbodiesel option is one factor hampering Koleos sales: Diesels usually achieve better economy and deliver improved low-down punch. Adding a diesel model may be the catalyst that persuades SUV buyers to investigate the Koleos option.

As it stands, the Renault Koleos 2.5 Dynamique 4×4 offers a compelling value proposition from a brand that’s well entrenched in the SA market. And for that very reason, it deserves to do better – much better. DM

Too unassuming for some: lacks some of Renault’s famous French flair. CVT gearbox not always agreeable. No turbodiesel option.