LETTER TO THE EDITOR: OUR BURNING PLANET

Invest for the future, divest from companies that fuel the climate crisis 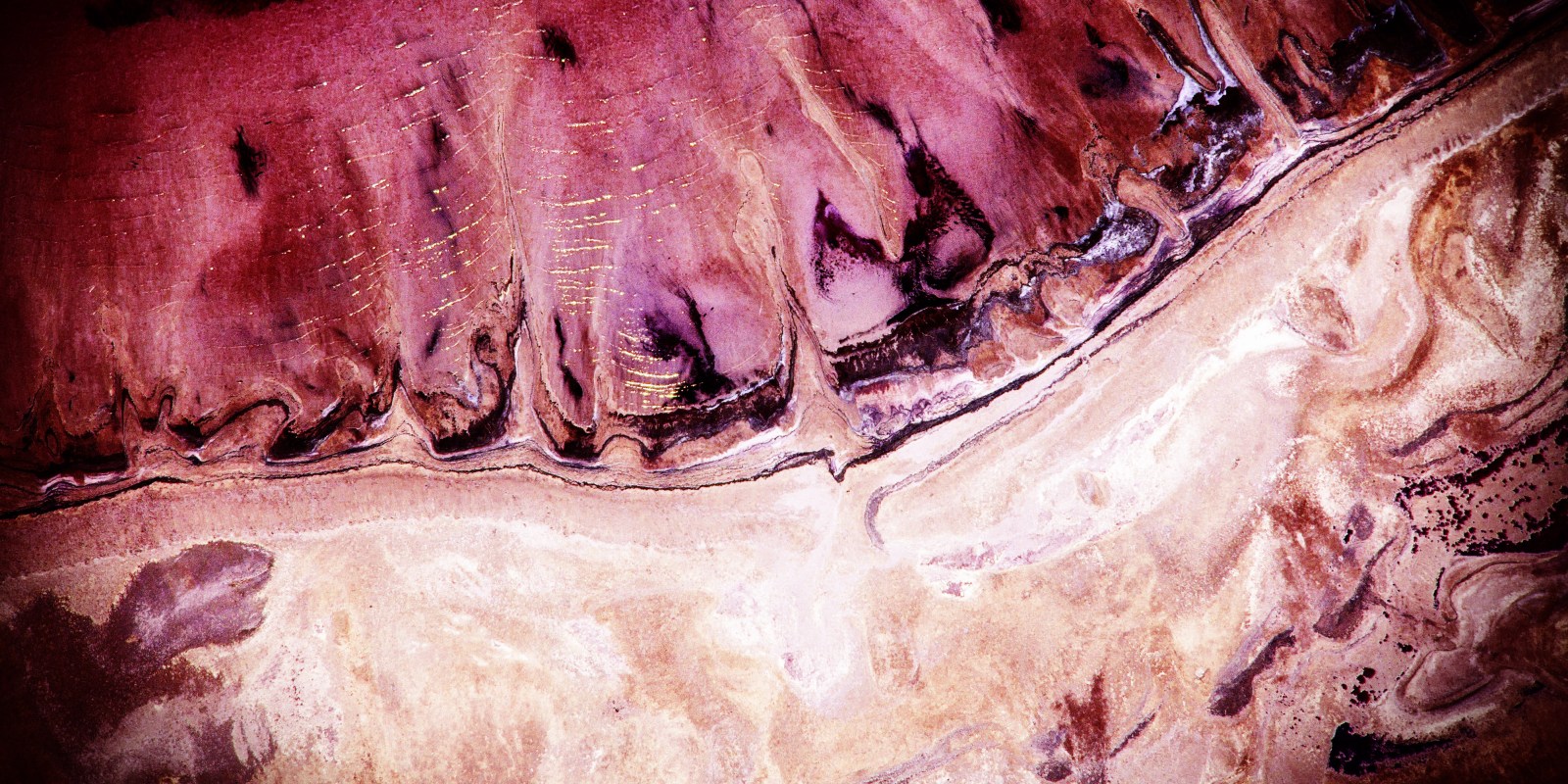 NGOs for education need to ask whether they are betraying their beneficiaries by accepting funds that come in part from companies that are systematically destroying the world in which young people will have to live, says the author. (Image source: Matt Howard/Unsplash)

South African NGOs and foundations (and unions, schools, universities and faith bodies) can multiply their impact with one simple decision — divesting from companies that are socially irresponsible. And that means — among other things — not investing in corporations that contribute to global heating.

Every South African NGO, union or foundation either has invested or endowed funds or receives funding from donors that have invested funds. Which means that every single SA NGO and foundation can greatly multiply its impact by ensuring that its funds are responsibly invested, or by asking its funders to re-examine their own investments.

Our financial systems evolved in an entirely different era. They are now extremely ill-fitted to the raft of systemic challenges facing global society. Climate and ecological breakdown, multiplying already grotesque inequality, are, as the World Economic Forum has identified, the greatest and most likely risks facing global society.

NGOs that do not recognise how their finances are linked to environmental and social destruction might as well close up shop — as the sources of their income are too often creating and compounding the very problems they aim to solve.

NGOs that are fighting for gender equality and for the rights of people living with HIV/Aids may remember the continuing impact of extractivism and mining on the social and political fabric of South Africa. We are both one of the world’s most historically resource-intensive economies and living with a gender-rights crisis, in good part because of the social havoc wrought by these industries.

NGOs for education need to ask whether they are betraying their beneficiaries by accepting funds that come in part from companies that are systematically destroying the world in which young people will have to live.

NGOs fighting corruption should be clear on the huge role that SA fossil fuel (coal, gas and oil) corporations play in fostering corruption. It’s no coincidence that the likes of the Guptas gravitate towards the brutal and unscrupulous coal industry.

The most fundamental infrastructure for any economy is a stable climate, clean air, clean water, and healthy well-fed, well-educated people in safe communities. But many of the industries and companies that are supposedly the backbone of our economy systematically undermine this basic infrastructure.

Eskom and Sasol and other coal-intensive companies, for example, are engaged in mass human rights violations, aided and abetted by government and an asset management industry blinkered by short-term incentives.

Consider, for example, Sasol, in which most investing South Africans have shares. For annual revenues of about R25-billion, Sasol is willing to impose climate damages on society that, conservatively calculated, start at R45-billion — every year. Every Sasol shareholder who does not challenge this status quo effectively winks to an open scandal. The damage calculation excludes non-climate externalities. The government effectively declines to hold Sasol to account (while officials pocket dividends via their pensions: The Public Investment Corporation and Allan Gray are Sasol’s two biggest shareholders).

Climate change has already cost the economy 10% of GDP. Air pollution costs the equivalent of 6% of GDP annually. Corruption and crime cost at least 1.5% and 19% of GDP. All are deeply linked to what has been called extractivism. Our economy is not built on mining; it is stunted by mining. Yet our leaders insist again and again that economic value must be dug out of the ground. It’s a model that serves only elites.

When our union movement resists the renewable energy transition, it is selling its members in the fossil fuel industrial complex short by effectively insisting they can never do better than to hold dangerous, dirty, underpaid jobs that threaten their health and make them complicit in the often corrupt operations of their paymasters.

It’s no coincidence that the concept of ethical investment is practically unknown in South Africa. But it shouldn’t be — the global disinvestment campaign against companies doing business in apartheid South Africa helped dislodge our racist former government.

Few South Africans seem to know that we are far more vulnerable to the climate crisis than many developed countries. The UK has warmed just 1°C — and the UK Parliament has already, even amid Brexit paralysis, declared a climate emergency. South Africa has warmed 2°C, faces six degrees of warming in the interior in the next few decades — and our politicians are still celebrating oil, gas and coal as if the climate crisis didn’t exist.

If our media worked better and our politicians were less parochial, you would know that the UN Intergovernmental Panel on Climate Change assessed in 2018 that avoiding the worst climate breakdown demands cutting global carbon emissions by 50% — in just the next 12 years.

It’s a report that should have become an instant national conversation. It didn’t, so you need to talk about it at your next board meeting.

Divestment is a rapidly growing global movement to move capital out of the unstable, extractive, fossil-fuel economy that threatens us with climate breakdown into the regenerative economy: A potential new era of social and economic stability based on wind and solar energy, a circular economy, sustainable agriculture and large-scale ecological restoration.

Globally, hundreds of foundations, universities, pension funds, cities such as New York and London, even a whole country, Ireland, have opted to divest. They know this transformation depends on capital owners who will no longer tolerate the socially destructive behaviour of companies such as Sasol.

Many foundations, philanthropies, churches, schools and universities in South Africa have endowed funds and investments. You need to start demanding that these investments be managed responsibly, particularly with respect to climate and inequality. Investors must partially divest from irresponsible companies, engage robustly on all material environmental, social and governance issues and set timelines for further divestment where necessary.

Investors can move faster than governments and catalyse the urgent transition to renewable, universally accessible energy by shifting capital out of the problems and into the solutions today.

Apologists for fossil fuels insist they are still vital for economic development. This is tantamount to selling you a skedonk for a fortune and not telling you that you could go round the corner to buy a Ferrari at the same price because many of our developmental deadlocks could, in fact, be unlocked with a sincere effort to reform our economy.

This is the visionary “Green New Deal” that is now being discussed in the US and Europe: essentially, creating a new era of high-quality employment and social well-being on the back of retooling our manufactured and environmental infrastructure to resolve social and ecological stresses.

South African CSOs need to stop investing in ways that undermine their own missions. As Fossil Free SA, we advocate for divestment. But limited or staged divestment can work hand-in-hand with dialogue and constructive shareholder engagement. The key thing is for all investors to move from passive acceptance to active intolerance of corporate abuses (on all issues, not just climate). Divestment helped end slavery and apartheid, and it can help make our society future-fit.

If you are a leader within any kind of organisation, start this conversation now with your colleagues and peers. It’s time your funding worked as hard for your beneficiaries as you do.

There’s little to fear. Fossil Free SA, for example, is part-funded by a foundation that divested from fossil fuels years ago and has seen its returns greatly enhanced.

Later this year, this conversation will be much advanced in South Africa by the international conference, Financing the Future: The Global Climate Divest-Invest Summit, from 10–11 September 2019 in Cape Town.  It will help with tools and resources to align capital with climate goals and challenge the global community to leave fossil fuels in the ground. It will outline how environmentally sound development benefits communities in multiple dimensions — and point to the many opportunities created when we align our investments with our values. DM

David Le Page is co-ordinator of Fossil Free SA, and is one of the convenors of the international conference, Financing the Future: The Global Climate Divest-Invest Summit, from 10–11 September 2019 in Cape Town.