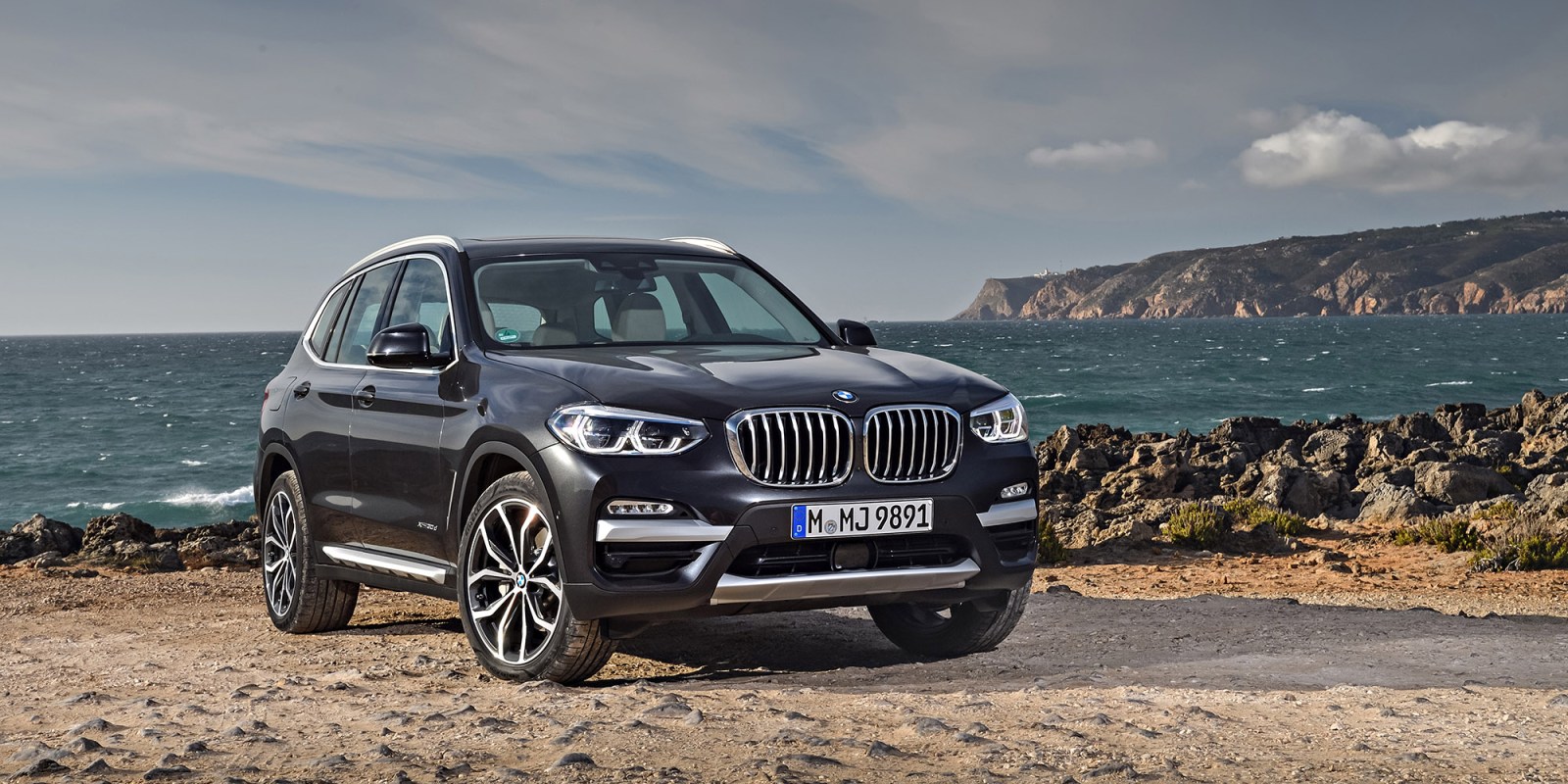 With the premium segment in trouble, and the buying-down trend firmly established, the X3 has become an attractive alternative to its larger and dearer X5 sibling. Does the 3.0-litre turbodiesel-powered xDrive 30d deliver that elusive sweet spot in an over-traded segment?

Now is probably not the right time to be talking about buying million-buck motor cars. The rand is on a rollercoaster ride, the local economy is struggling, worsened by the woes of our SOEs, and the whiff of a US/China trade war has global investors worried.

But life carries on, and while premium vehicle sales may have plunged over the past two years or so, there are clearly still enough buyers to keep the likes of BMW, Mercedes-Benz, Lexus and Audi interested.

It’s also true that, just like the trend in the overall vehicle market, the SUV share of the premium segment continues to flourish, which makes the BMW X3 a more significant model than ever. 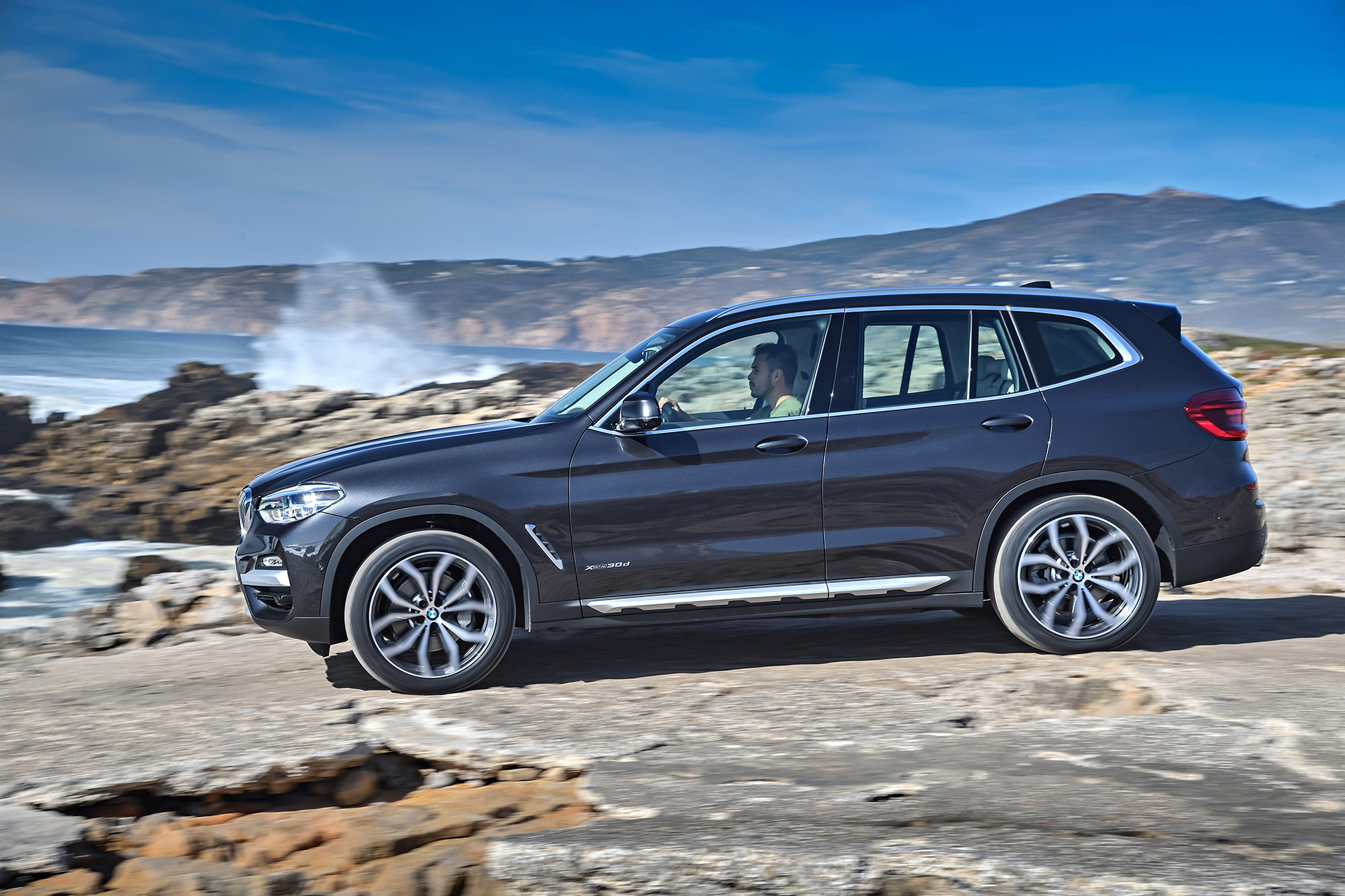 Now produced in South Africa for local and export markets, the third-generation X3 made its bow in late 2017, and sales have been encouraging. In May, for instance, it was BMW’s best-selling SUV, eclipsing both the more affordable X1 and X2, as well as the larger X5 and supersized X7.

It also outsold the Audi Q5, and the low-volume Lexus RX and Jaguar F-Pace. Mercedes-Benz no longer declares individual model range sales, so it’s less clear how the X3 squares up against the GLC in volume terms – but with a new GLC on the way, the much newer X3 probably has an advantage. 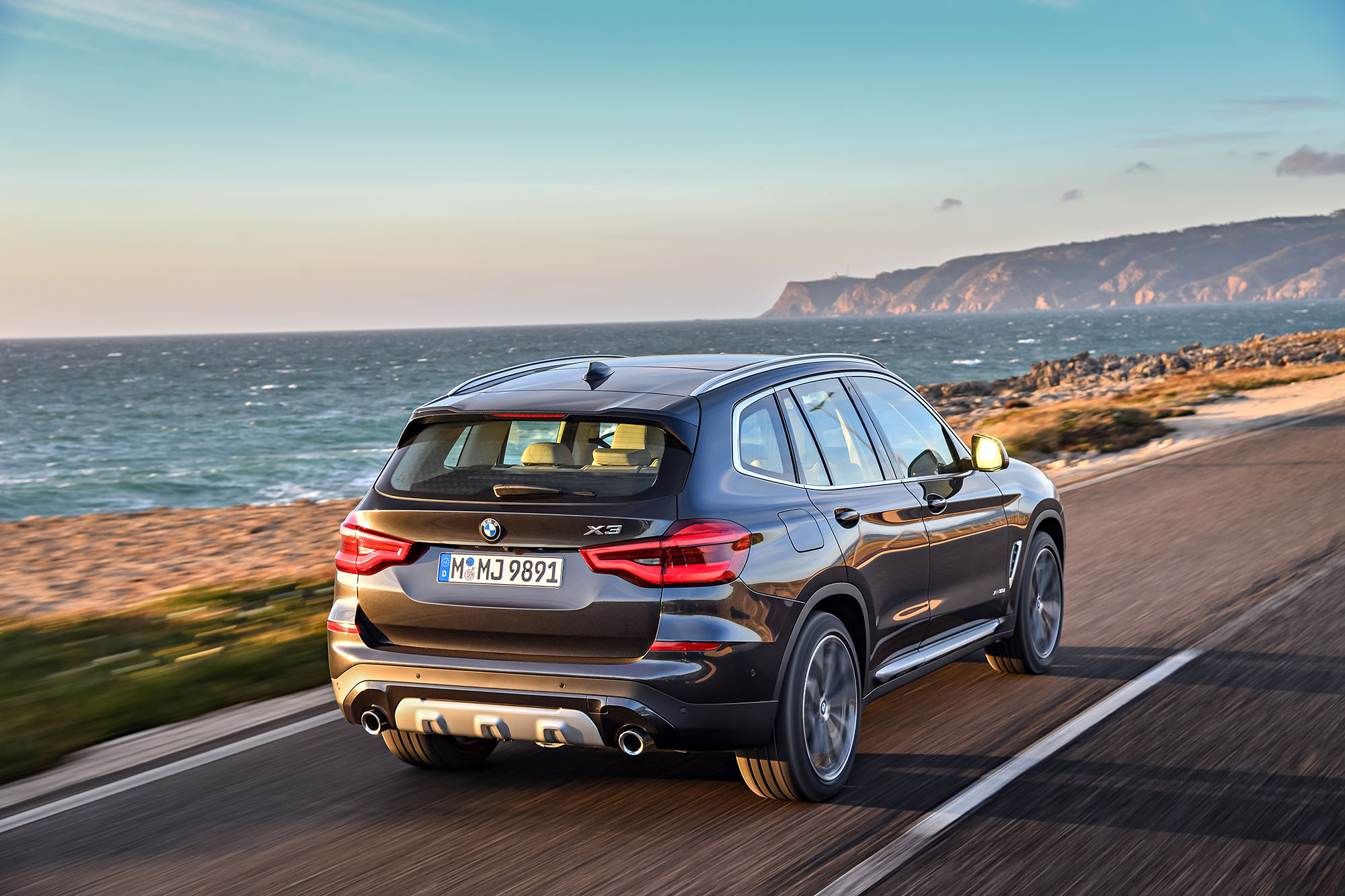 Want more urge? Then the 30d version is a compelling alternative, but the asking price rises to R895,900. And besides, these prices need to be approached with some circumspection: they refer to baseline models that are about as rare as a profitable SOE.

In reality, most X3s are sold with an added-cost package of extras grouped under the xLine, Luxury Line or M-Sport headings. The M Sport version of the 30d tested here retails for R946,200, and that’s before any additional options have been added. 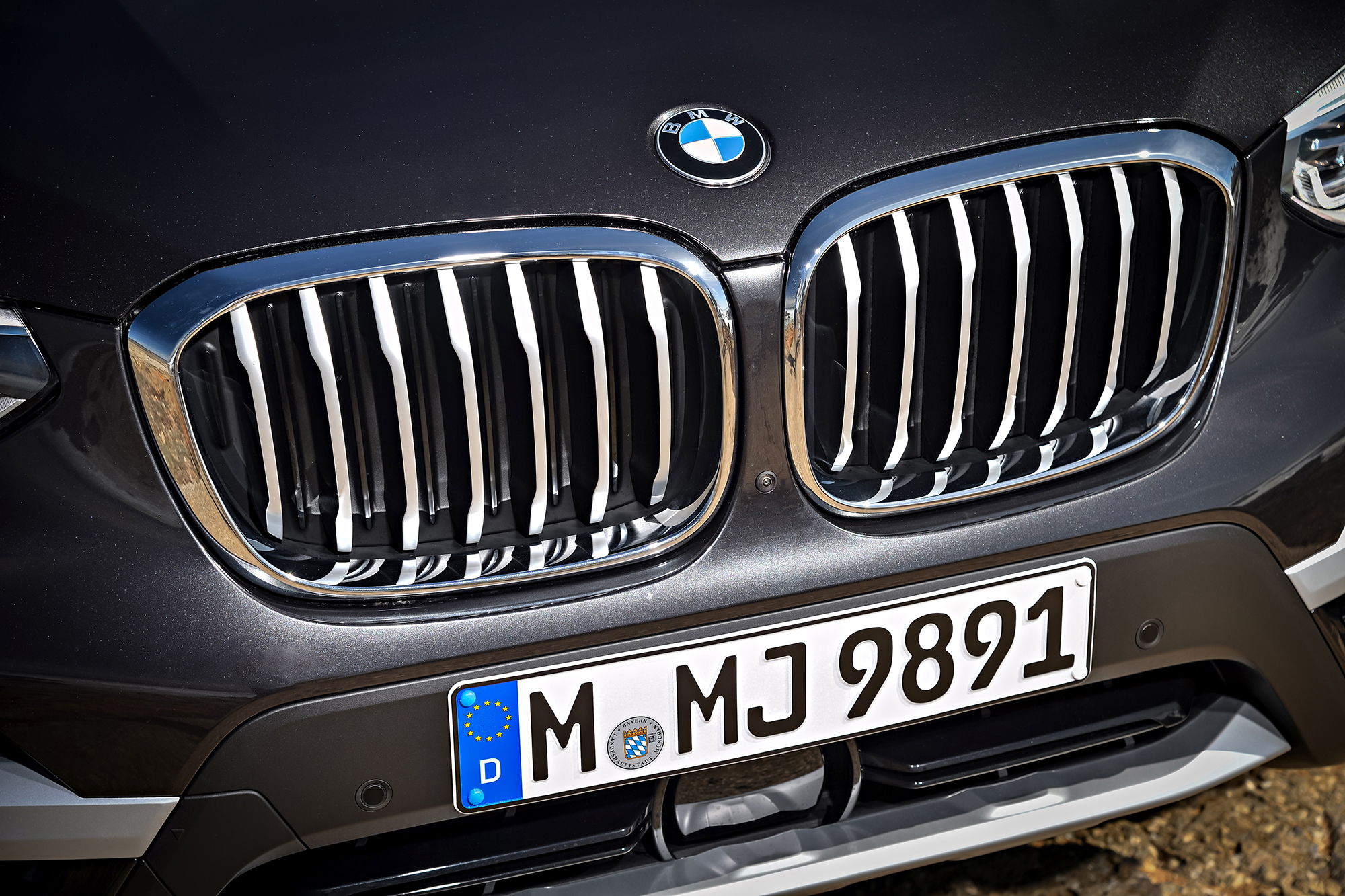 It means that spending a million bucks on a well-specced X3 30d is quite possible, which brings you within range of the larger X5 30d. Just to what extent the new X3 has attracted would-be X5 buyers isn’t clear – but there are some compelling reasons why an X3 30d could fill an X5’s boots.

The latest, third-generation X3 is a regular sight on metropolitan roads, where its combination of bold grille, tall stance and substantial proportions makes it easy to confuse with the X5, especially if it’s just a fleeting glimpse.

It’s no longer the compact and lean vehicle that the X3 once was: at 4.7m long, 1.89m wide and standing 1.68m tall, the X3 is now a much more imposing machine. That it tips the scales at over 1.8tons is further confirmation of the X3’s growth spurt. 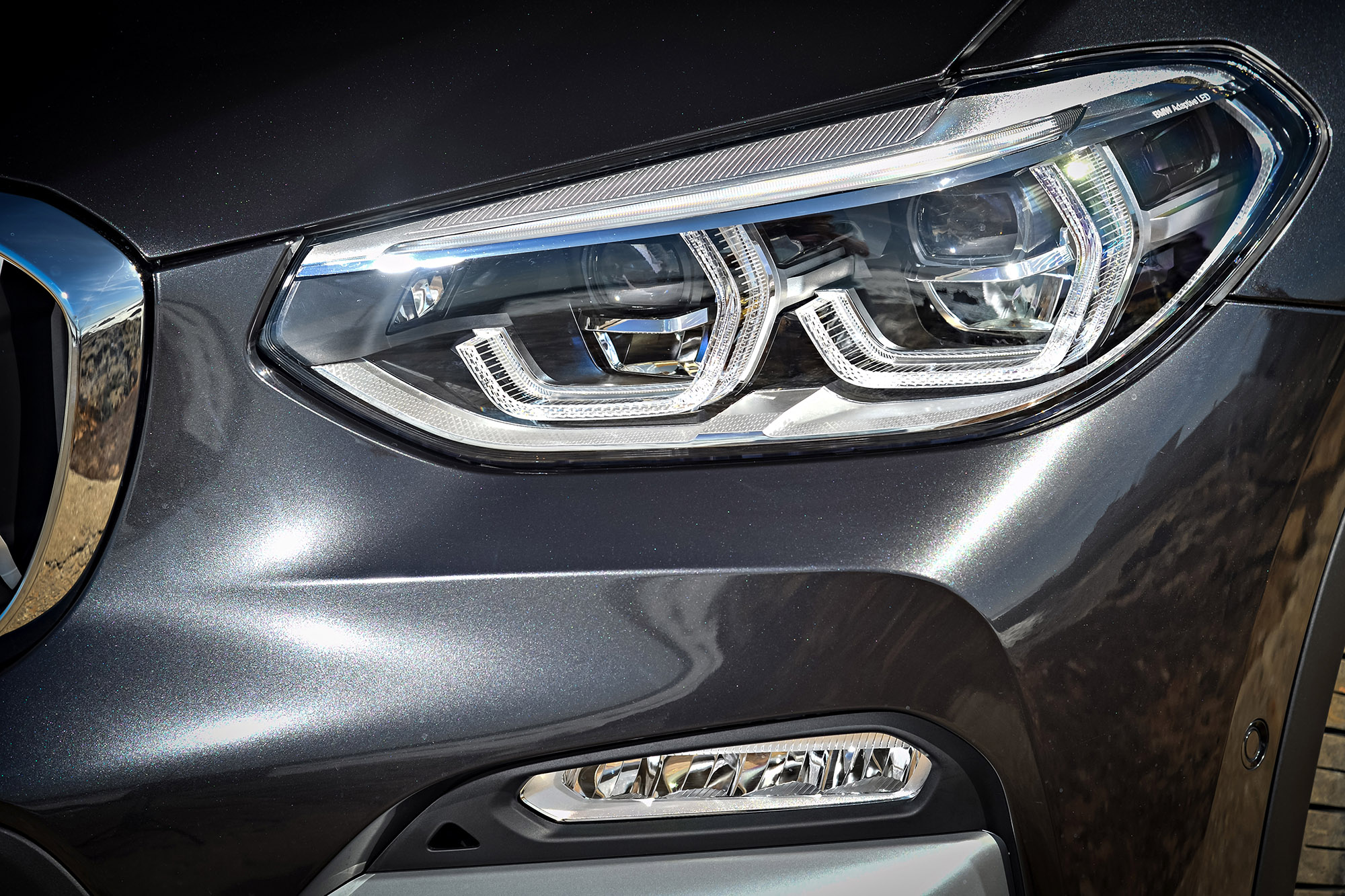 I suppose that if you wanted something more visually athletic, the coupé-inspired X4 would be an option, but the X3’s more angular shape also promises more space, and thus greater practicality, especially for family motoring.

Size apart, it’s a handsome, extrovert vehicle that carries its dimensions well, with only the slightly portly rear haunches suggesting a measure of middle-age spread.

The interior vindicates the upsizing though, now offering spacious and comfortable accommodation for up to five. There’s a tailored elegance to the execution that’s emphatically premium and luxurious, thanks to upmarket materials and quality workmanship.

In fact, it’s a feather in the cap of the BMW Rosslyn workforce that the X3 doesn’t have to make any excuses for being built locally. 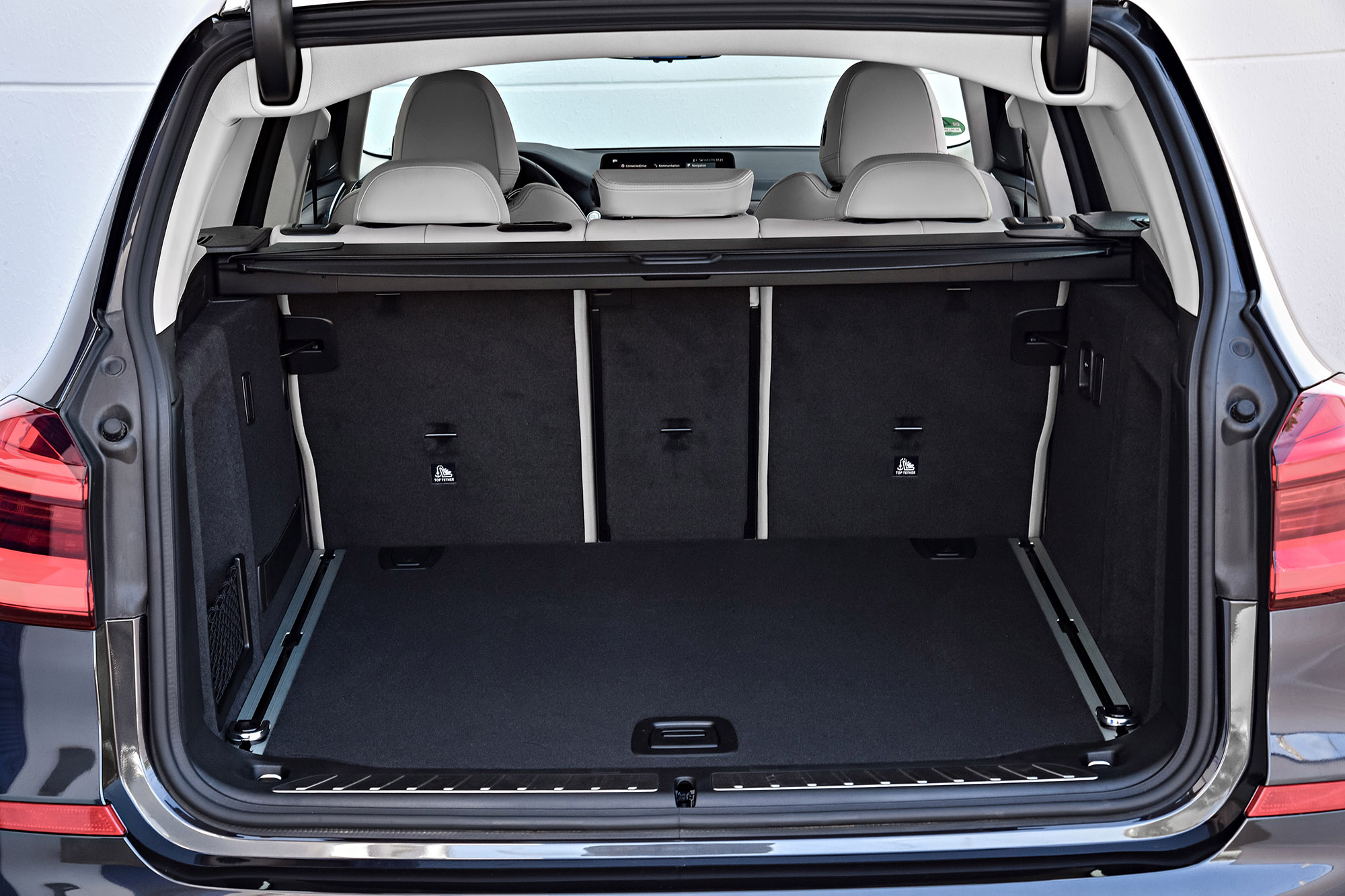 From a practical perspective, the X3 offers 550 litres of luggage space, with loads of rear legroom and headroom, and a bench seat comfortably wide enough for three, but generous for two.

You can also fold the split rear backrest down, creating a 1,600-litre cargo area. Add a tailgate that opens wide and fairly deep for convenient access, and the X3 lives up to the practical and versatile elements of its SUV promise.

As for standard kit, the spec level depends on the package chosen, but even then, popular options such as bigger wheels (the test car had 20-inch alloys), park distance control, multifunction digital instruments, electric seats, and touchscreen-based satnav all cost extra. 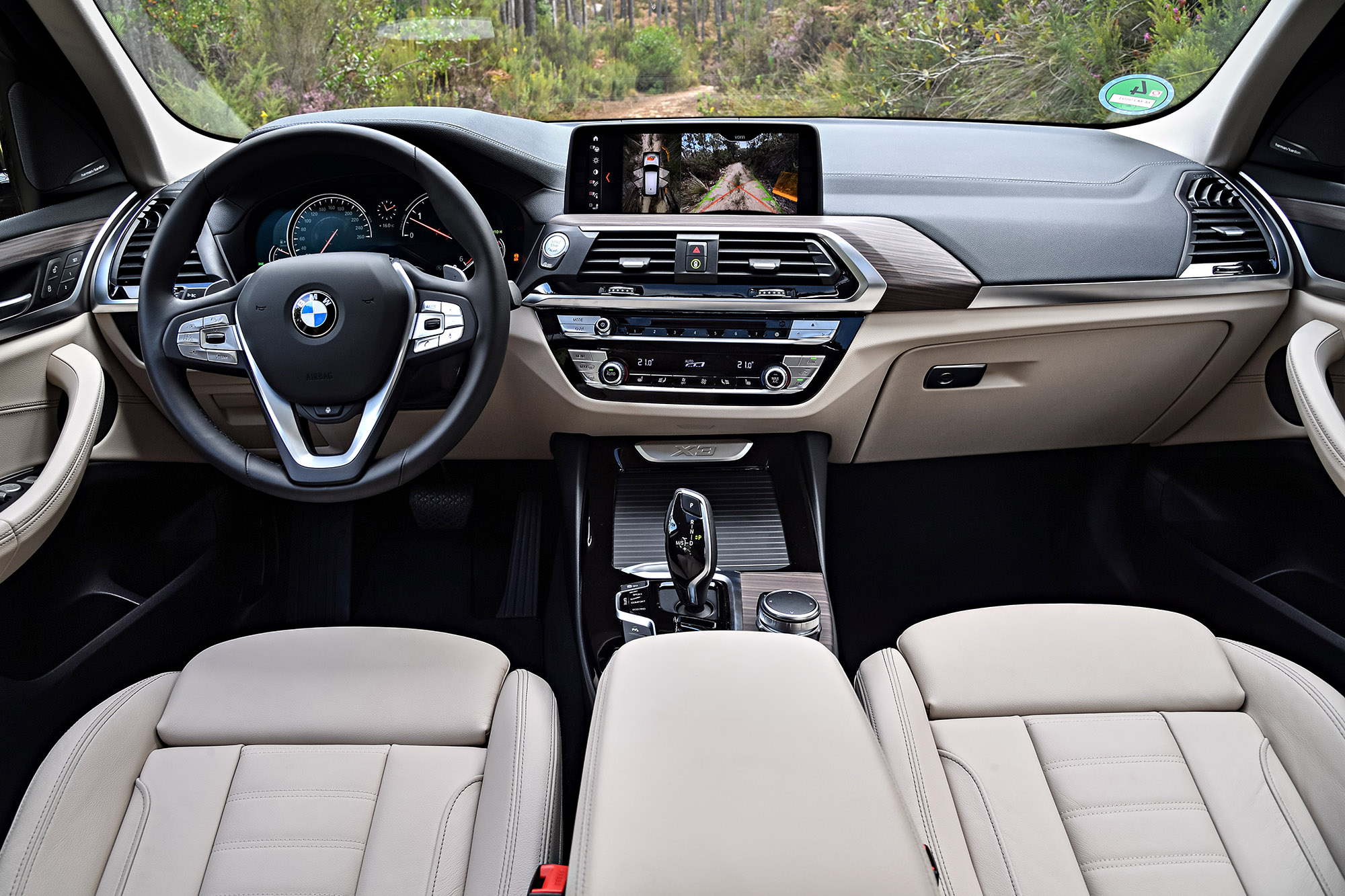 Those considering a 30d instead of a 20d will be more interested in what’s under the bonnet though – and the 3.0-litre straight-six turbodiesel remains one of the motoring world’s best: smooth, refined and muscular.

With 195kW and a stonking 620Nm, it shrugs off the X3’s kerb mass, making it feel like a much smaller and lighter vehicle, and endowing it with a dynamic character that’s unashamedly athletic. It’s not a tar ripper in the M40i mould, but it’s effortlessly rapid.

The xDrive all-wheel drive system gets all that urge onto the road with minimum fuss. It varies the front/rear torque split depending on surface conditions and traction requirements, adding surefooted confidence to the X3’s progress, almost regardless of terrain. 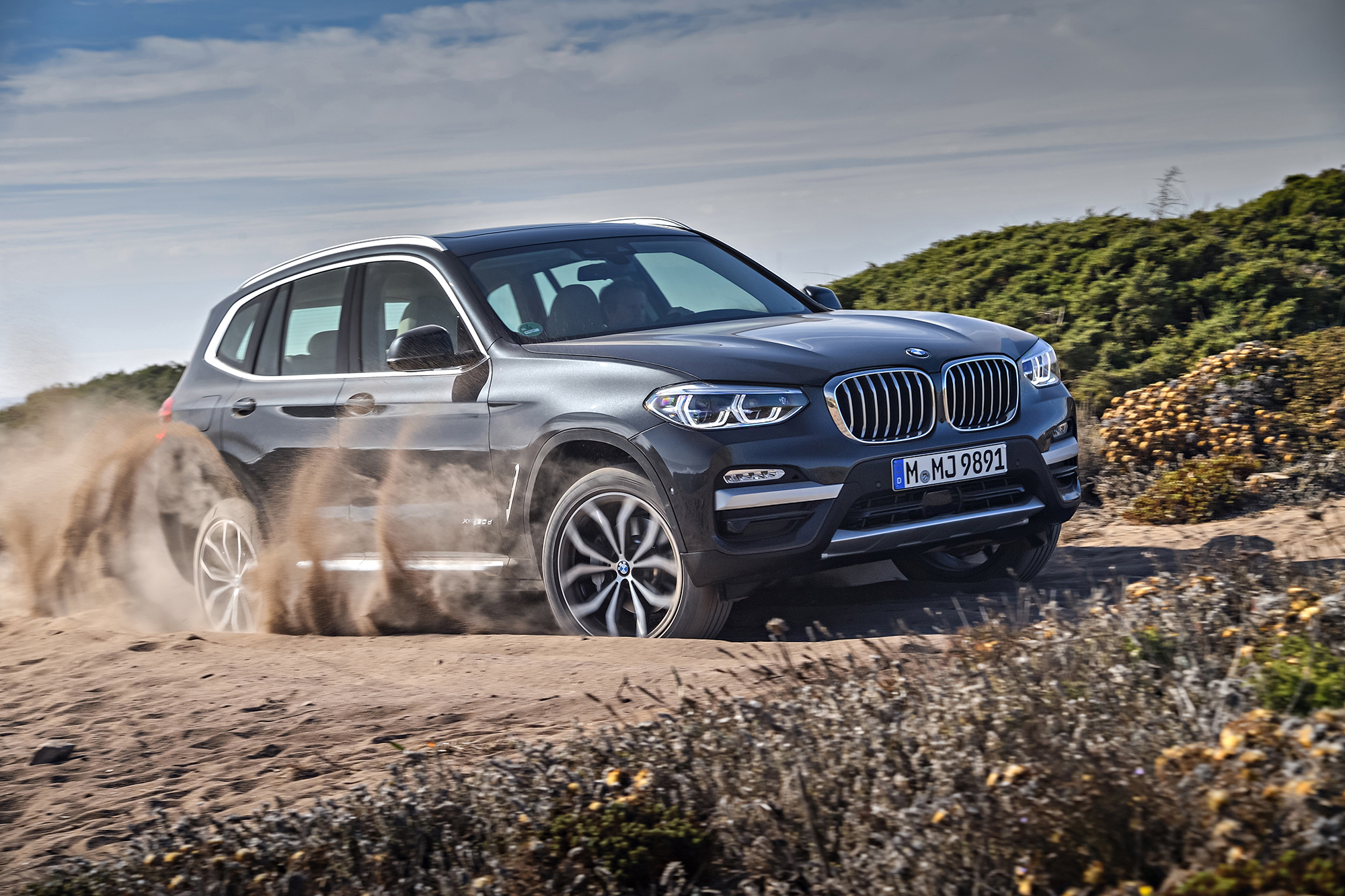 I say almost, because the X3 remains a soft-roader, rather than a gung-ho 4×4. For all its electronic wizardry, the X3 lacks low range, and besides, those low-profile tyres were never meant for rough terrain.

At 204mm, the ground clearance is much more generous than your average sedan though, and the X3 should have no trouble navigating well-kept gravel tracks.

But tar roads remain the X3 30d’s natural habitat – and any fears that its size and 1.8ton-plus weight would make for ponderous performance are quickly dispelled. On the move, this X3 feels as spirited and eager as any of BMW’s sportier sedans. 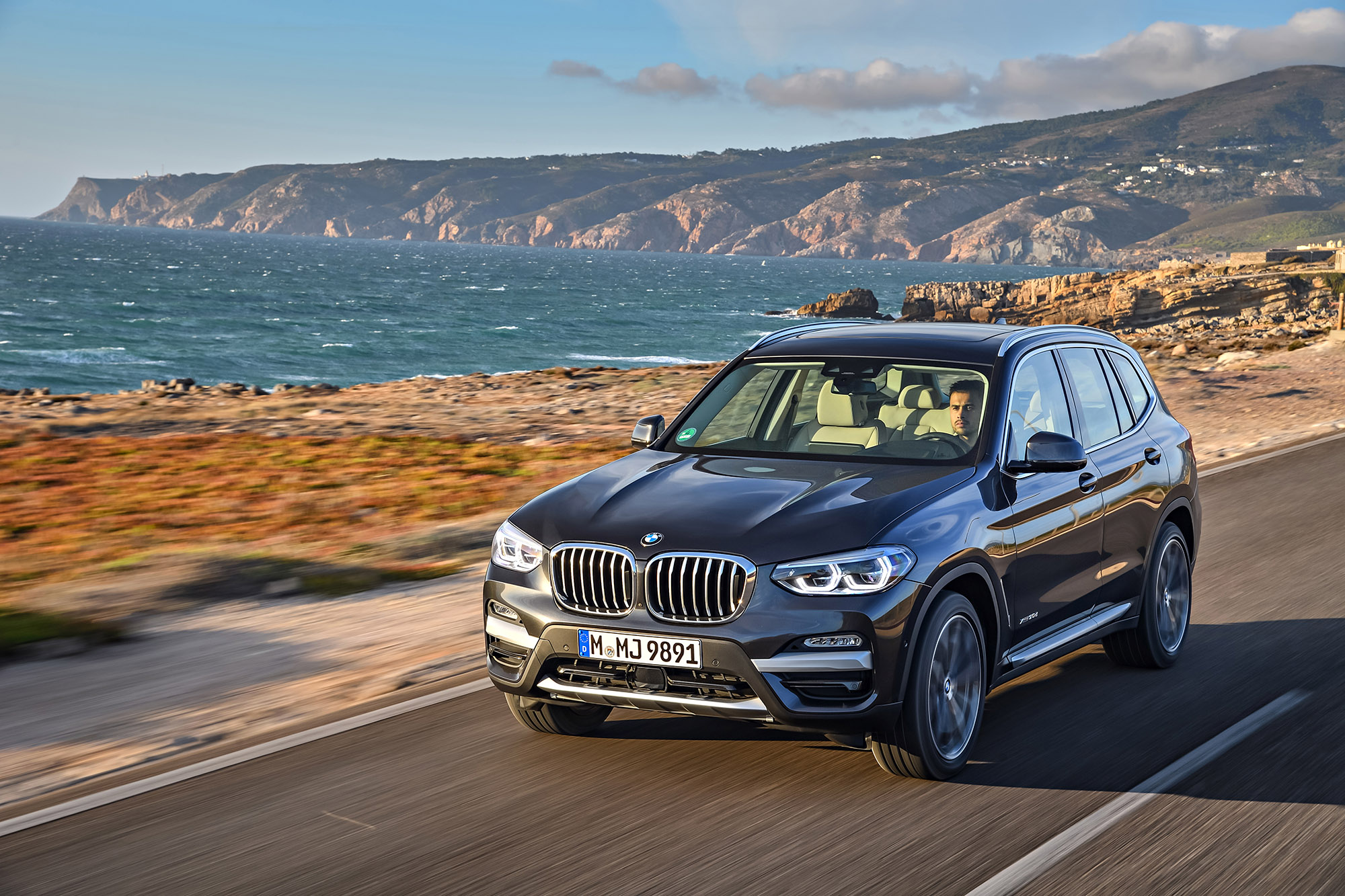 There’s a cohesive confidence to the 30d’s road manners that encourages driving with intent. In town, it will thread its way through slower traffic with dismissive ease, thanks to the crisp throttle response and fast steering.

Swap city streets for highway driving and the effortless character of the turbodiesel drivetrain comes to the fore, allowing the kind of unruffled progress that makes long-distance journeys seem much shorter.

The BMW will cruise at the chosen speed all day, with ample and instantly accessible power reserves for overtaking. Refinement levels are good, too – although the fatter rubber and lower profile of the 20-inch option tyres do increase road noise levels. 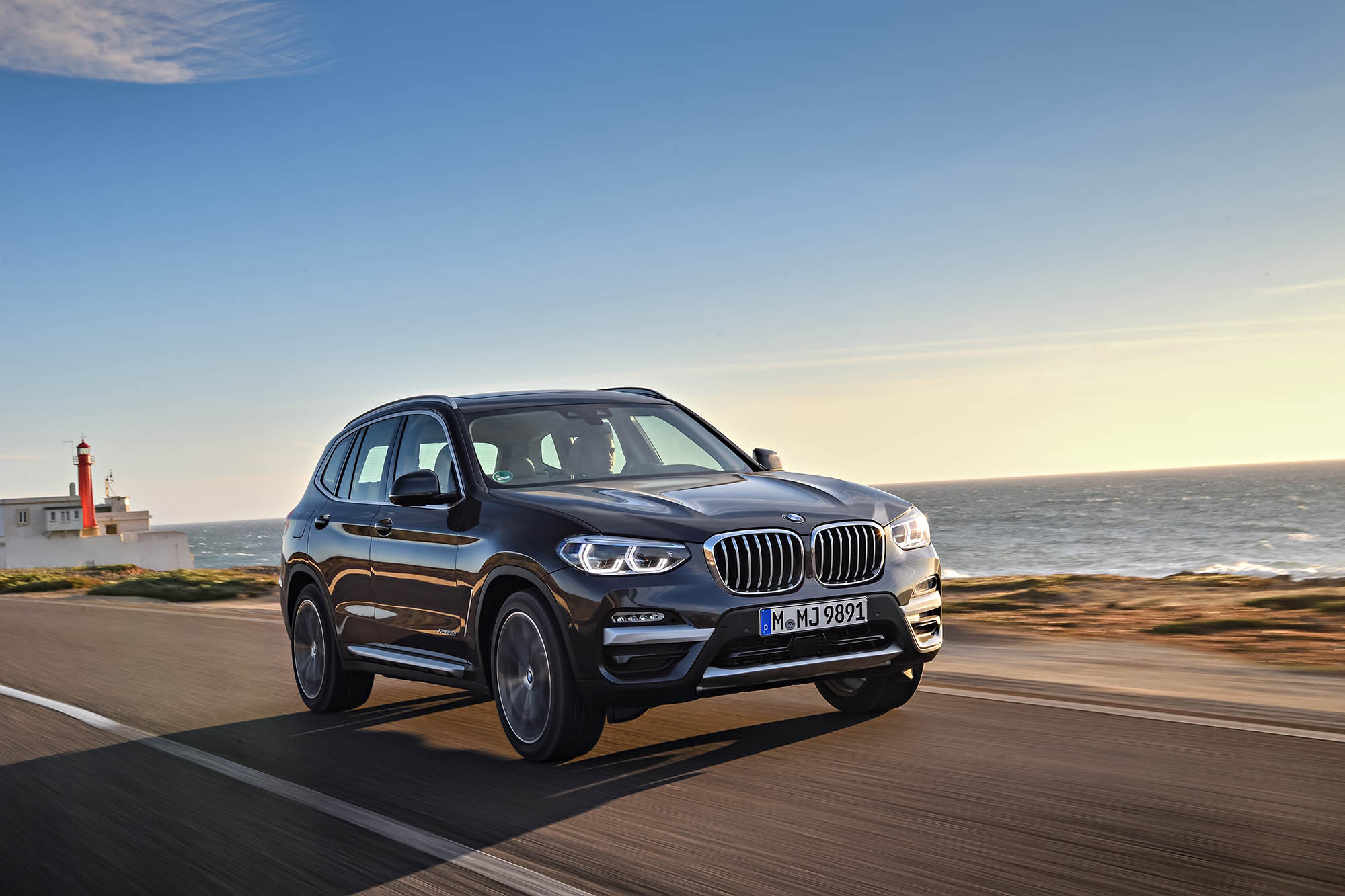 But it’s on more demanding country roads that the X3 xDrive 30d shines at its brightest. Despite its raised stance, the BMW tackles twists and turns with all the assurance and composure of a sports sedan.

There’s always plenty of grip, while the chassis provides unambiguous, confidence-inspiring feedback. Yes, the ride is on the firm side, but pays dividends in terms of in-corner control and outright poise.

If you want to be fussy, the steering can feel over-assisted at times, despite offering decent feedback. But most owners will probably appreciate the lighter action around town, while it does gain extra heft when pressing on through curves and corners. 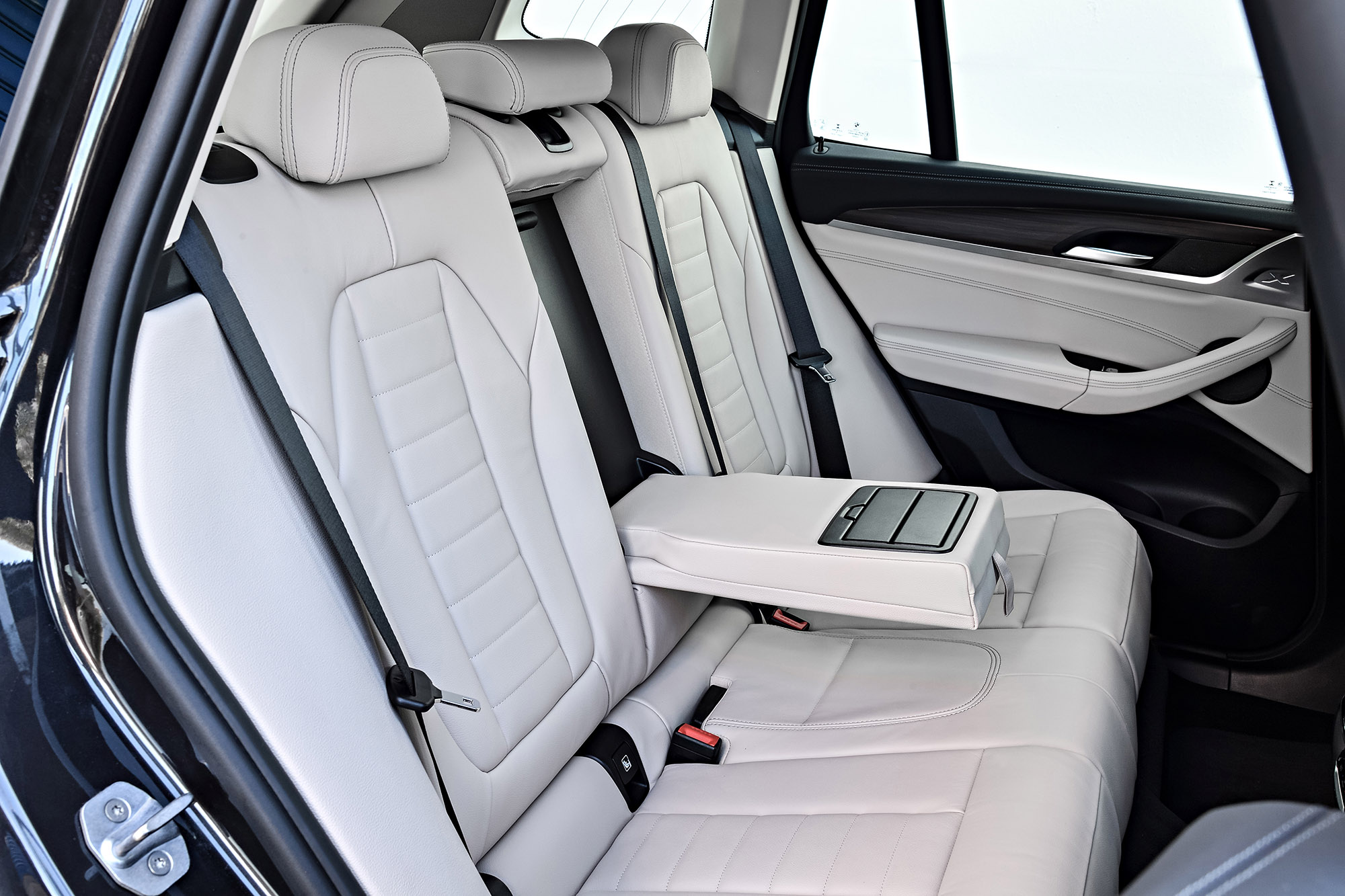 BMW’s fuel consumption claims seem somewhat optimistic: you’d have to be unreasonably feather-footed to achieve the factory-claimed 6.0 litres/100km. Steady-speed, open road driving should yield low sevens, while mixed conditions (and an enthusiastic driver) will push the 30d’s thirst well into eights – still pretty decent given it size and weight, though.

Talking about size: does the X3 30d offer buyers an attractive alternative to the larger, but more expensive, X5 30d? Much depends on personal preference and requirements.

Being a more recent model, the X5 offers BMW’s new-generation interior attributes, including the Live Cockpit digital instrumentation, and extended connectivity options. For an extra R30,000 or so, you can also order a third row of seats. 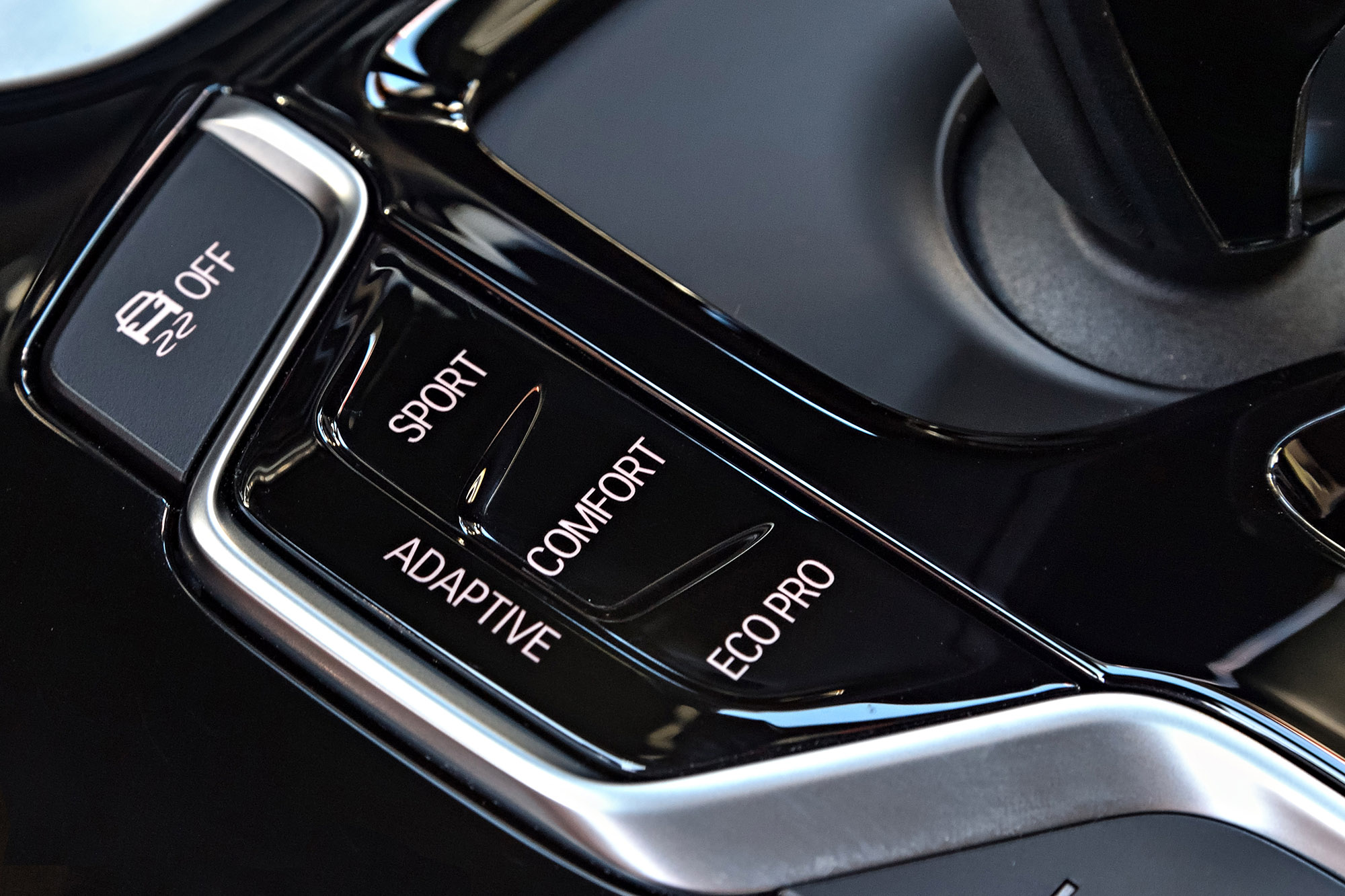 But there’s no doubt that the X3 is the nimbler, more athletic car: the X5 is bigger and heavier, and while it’s hardly lethargic, it lacks the X3’s dynamic sparkle. Yes, you get a bigger boot in the X5, but for most, the passenger and cargo capacity of the X3 will more than suffice.

Perhaps most compelling of all, the price difference between the two, in M Sport trim, is a substantial R298,900.

BMW will tell you that the X5 addresses a different, more sophisticated target market that demands the extra space, and is perhaps less concerned about its athletic capabilities. But in my book, the X3 xDrive 30d isn’t just a viable alternative to the X5 with the same powertrain: it’s also pick of the X3 bunch. DM

One of the best turbodiesel drivetrains in the business makes for engaging, effortless dynamics. Top-notch comfort and ergonomics, too.