Rethinking strategy to stop the spread of terrorism

Rethinking strategy to stop the spread of terrorism 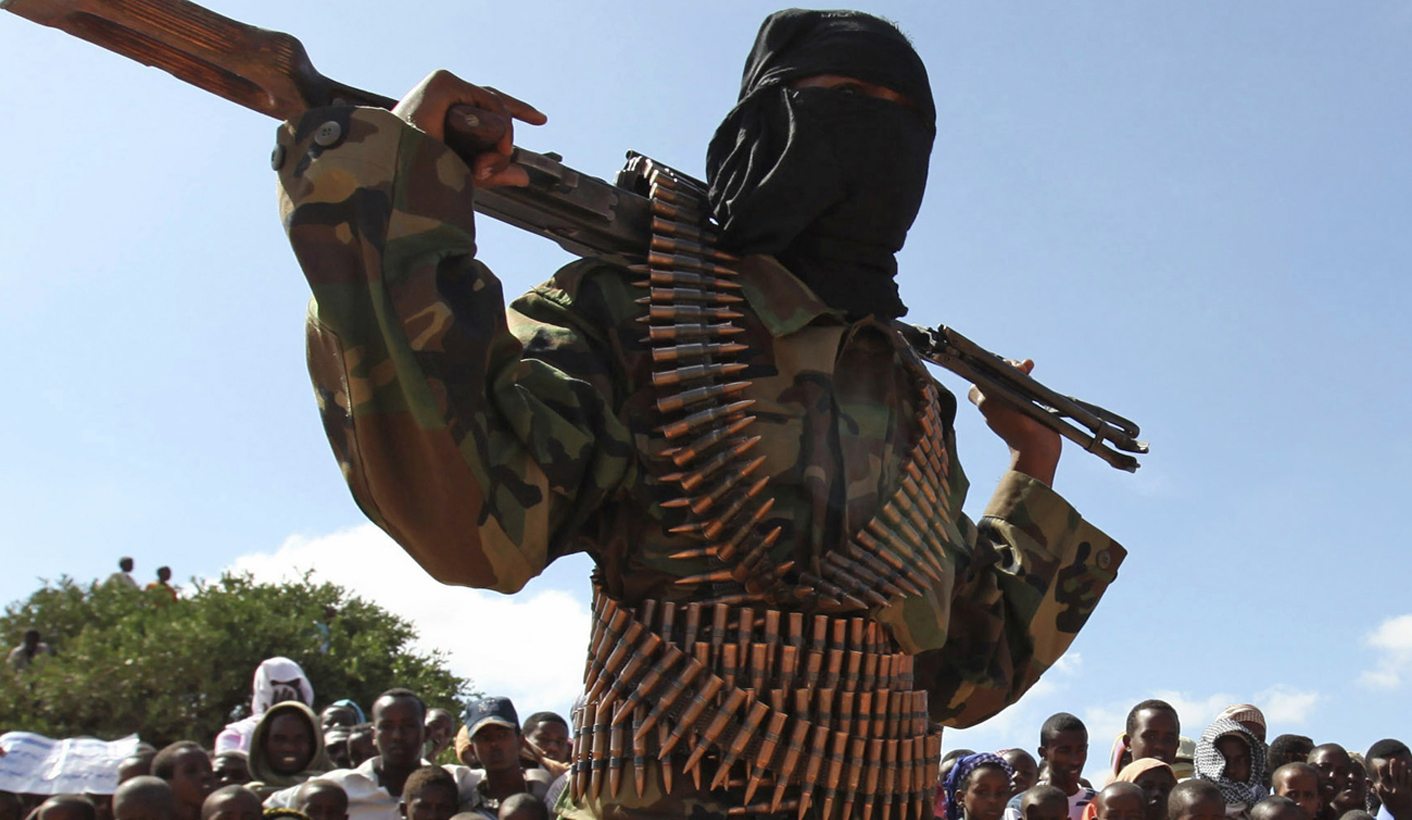 The author says that Al-Shabaab needs to be weakened ideologically and financially by, for example, disrupting its local source of income, as the group spends around $25-million per year on arms. (Photo: File image)

The terror threat across Africa is as strong as ever. Attacks are occurring not just in the older centres of activity such as Somalia, northern Nigeria and northern Mali, but in emerging hotspots like northern Mozambique and Burkina Faso as well.

Violent extremism across the continent has many roots, making it difficult to simplify a complex phenomenon. But given the failure to stem its advance over the past decade or so, what can be done differently going forward?

One of the most popular responses to terrorism in Africa has been to establish large-scale security operations in areas with a heavy extremist presence. What has been lacking is accompanying police and civilian initiatives to solidify and deepen control.

Operations have taken different forms, such as the African Union Mission in Somalia (Amisom), which draws together regional militaries working in a third country under the African Union (AU) banner. Another has been the G5 Sahel and Multinational Joint Task Force model, which enables collaboration between affected countries, particularly around cross-border areas.

Yet the result has been much the same – the predominant anchoring of such forces in more populated areas, which apart from some clearance operations, largely abandons the rural countryside. This process of protecting the urban at the expense of the rural is likely dictated by resource limitations and makes sense as a way to recover population-heavy areas from the control of extremists. Yet any strategy that permits such large vacuums is doomed to fail.

Groups like Islamic State West Africa Province (ISWAP) and al-Shabaab use the threat of force to ensure civilian compliance. At the same time though, they rely on these civilians especially when it comes to manpower and sustaining a financial base through taxation. Without steady access to civilian communities, recruitment and financial generation would suffer.

The AU and regional missions have yet to successfully delink extremist groups from less populated, more rural locations and deliver effective longer-term state stabilisation programmes to solidify control. This shows the limitations of the current path and sets in motion an urban-rural split, in which the state continues to be largely absent in the latter.

This strategy needs to be rethought. Rural areas should get better priority, and be coupled with more effective clearance and hold mechanisms. If proper coordination between security and civilian elements is difficult, it may make sense to move more slowly into areas with a violent extremist presence, so that both urban and rural locations can be sufficiently cleared and held in concert, before proceeding to others.

Or if it is not feasible to expect such missions to maintain a presence across wide swaths of territory while ancillary non-security mechanisms lag behind, perhaps the hundreds of millions of dollars spent each year might be better used elsewhere.

A reframing of violent extremist organisations may allow for more creative interventions. Thinking about certain actors simply as terrorists limits manoeuvrability. Considering them as say political players could permit different outcomes. For example, given al-Shabaab’s record of service delivery on governance and justice, should we continue to view them only as extremists, or rather a political organisation that uses terrorism as a tactic? ISWAP may be attempting a similar reformation in the Lake Chad Basin.

Reframing actors allows for engagement in a different context. If the struggle is ultimately about power or political competition, that can be a subject for discussion, as the ongoing negotiations between the United States and the Taliban in Afghanistan demonstrate. This may not be the case in every (or even any) situation, especially considering ideological factors, but it is worth exploring given the limitations of other avenues.

In the long run, the seeds of demise lie with extremist groups themselves. Over time such groups have tended to deviate from their initial message and to overreach, especially when it comes to relations with civilians. The challenge is to take advantage of such opportunities. For example, the Abubakar Shekau faction of Boko Haram lost legitimacy when it targeted Muslim civilians, causing a split in the movement and the marginalisation of this group through an ascendant ISWAP.

Al-Shabaab has also overstepped its bounds with attacks that cause heavy civilian casualties, to the point where it has avoided claiming responsibility for them. The botched 2017 Zoobe junction bombing is a stark example. Over 500 people died in central Mogadishu, spurring anti-al-Shabaab protests in Somalia.

Such incidents decrease the jihadist message’s appeal and present an opportunity for states to demonstrate their relevance. Yet the record of governments has been poor. Nigeria largely ignored ISWAP when it split from Shekau, allowing the movement to regroup and become a larger threat. In Somalia, infighting between Mogadishu and federal member states temporarily ceased after the Zoobe attack but quickly resumed. Opportunities to capitalise on such missteps by extremists have frequently been missed.

Violent extremism has affected parts of Africa for more than a decade, and has recently shown signs of spreading further. Each context is different and there is no one-size-fits-all approach, but a search for new and dynamic solutions is essential. Without it, reversing the tide of expansion over the next decade will be as difficult as the previous one. DM