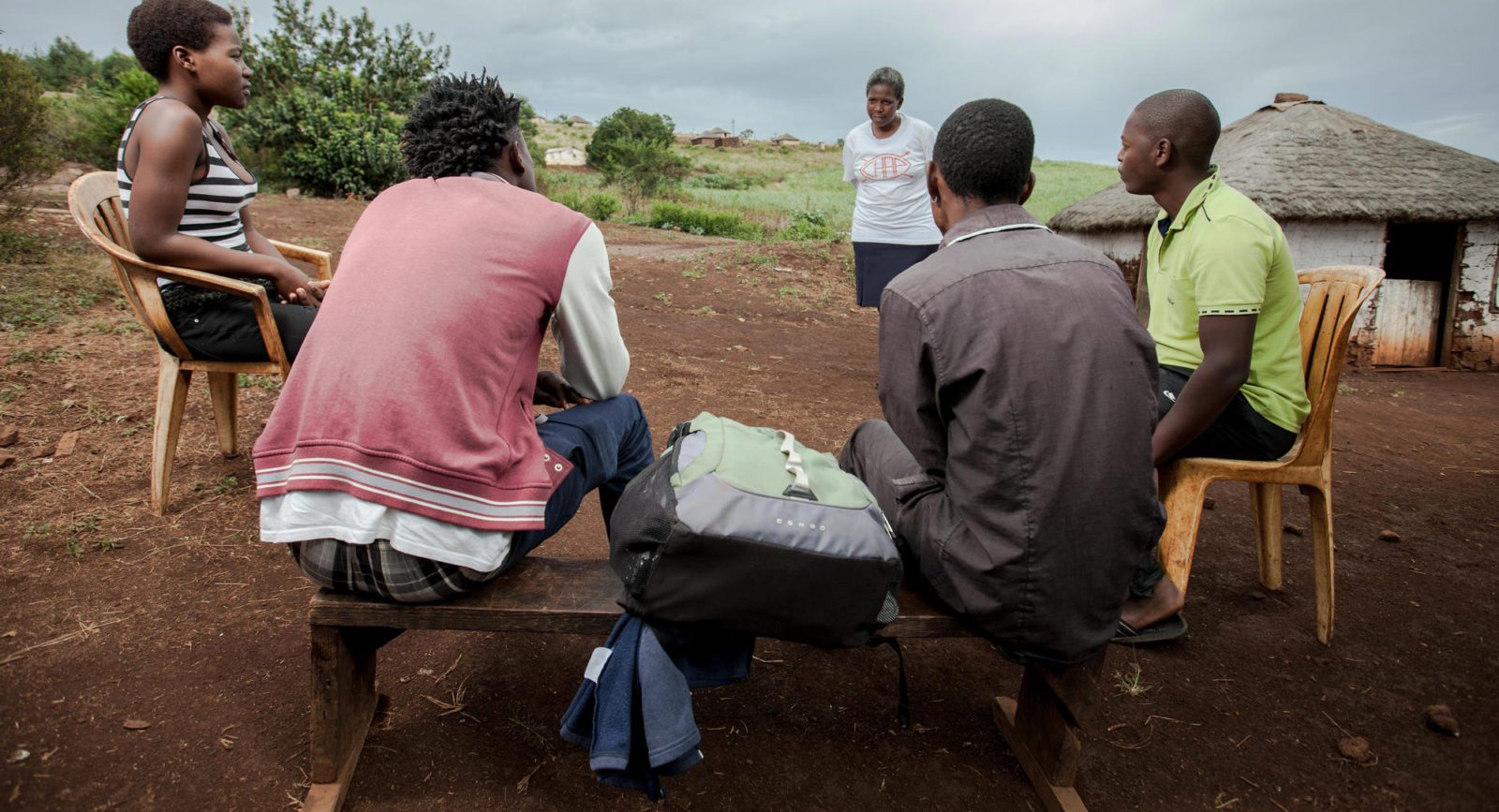 FILE PHOTO: Community health worker Babongile Luhlongwane talk about HIV testing to residents of a homestead in rural KZN. She is one of almost 90 community health workers managed by Médecins Sans Frontières to take testing and counselling to the most remote parts of the province. Photo: Greg Lomas

Eshowe has reached UN targets a year ahead of schedule. By Kristine Liao for GROUNDUP

Good news on the HIV front. Eshowe, KwaZulu-Natal, an area where one in four people are living with HIV, has reached the UNAids goals, known as 90-90-90. In other words, 90% of people living with HIV in the area know their status, 90% of HIV-positive people who know their status are on antiretroviral treatment, and 90% of these have suppressed the virus in their blood.

This is one year before the 2020 deadline, according to Médecins Sans Frontières (MSF), which has been running an HIV project called Bending the Curves in partnership with the Department of Health in Eshowe. It covers 10 clinics and two hospitals.

A survey of over 3,000 people conducted in 2018, the results of which have recently been analysed, confirms that the targets have been reached. The survey found that 90% of people living with HIV knew their status, 94% of those were on antiretroviral treatment, and 95% of those had a suppressed viral load. By comparison, South Africa nationally is estimated to be at 85-71-86.

Senior HIV/TB adviser for MSF Gilles van Cutsem said the project’s biggest achievement was in linking people to care. Of the people who tested HIV-positive in the community, the percentage who started treatment increased from 70% in 2013 to 94% in 2018.

Van Cutsem said the use of community health workers made a big difference. The workers conducted door-to-door testing and were also linked to medical facilities, both initiatives that assisted people on treatment.

He also cited community mobilisation as the reason for “a better informed and less stigmatised community”.

But problems remain. The number of new infections in adolescent girls and young women is still high, though the rate of new infections for women aged 15-29 years decreased from 2.9% to 1.2% per year. And more young men need to be reached to get onto treatment. Van Cutsem said there is not a “perfect answer” for these two groups yet, but getting information to people, providing testing services, and getting condoms into schools is essential.

Van Cutsem said there is also a need to target young working men, and develop strategies for workplaces and schools. He said providing testing outside of clinics would ensure higher confidentiality and be more convenient for men.

“What we don’t know yet is how to target young girls who are not at school, because they are very much at risk as well,” Van Cutsem said. DM

The climate crisis in 2020: why you should take a stand now