After months of pain, a truce — and six reopened Soweto taxi ranks 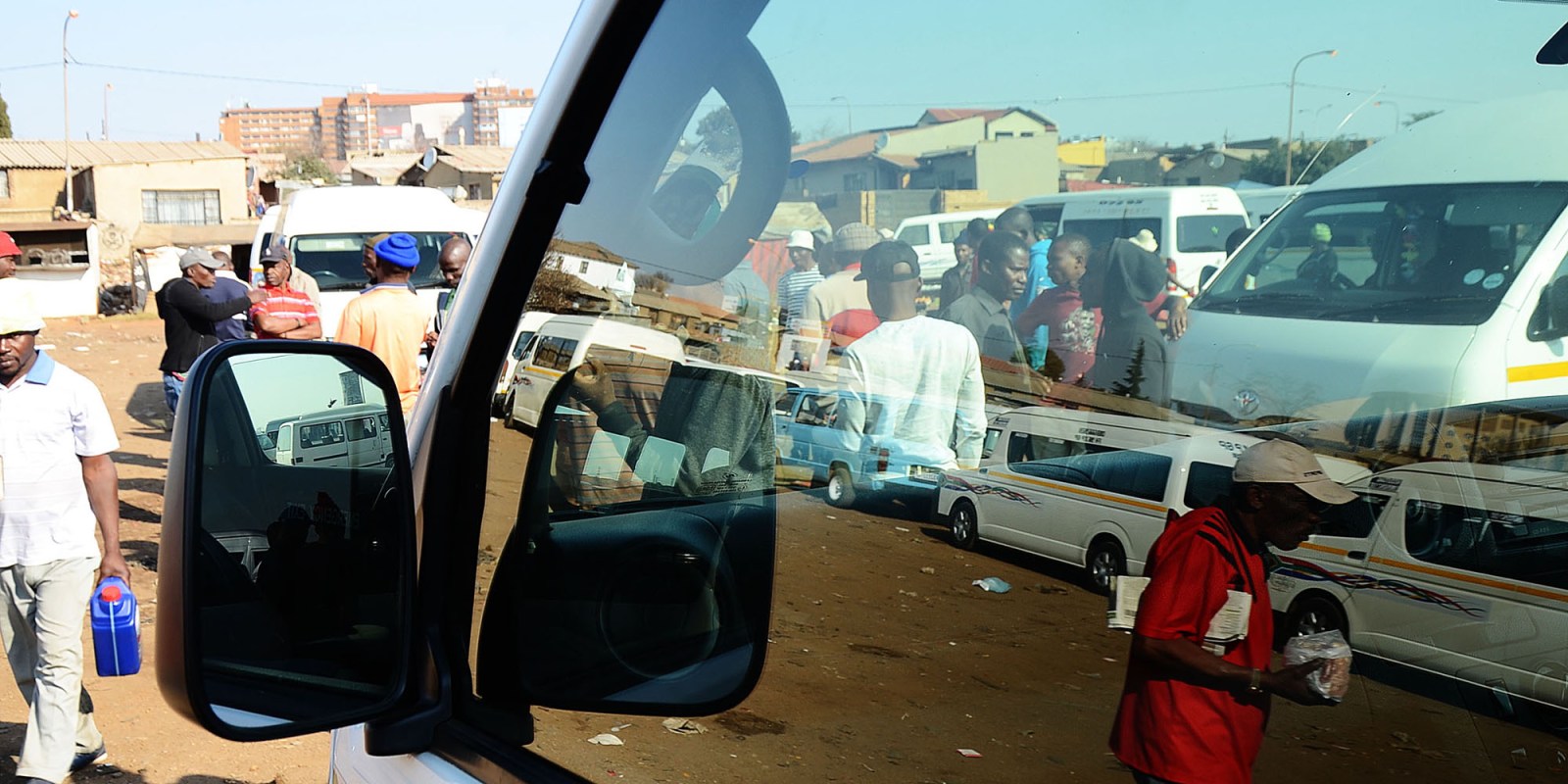 The commission of inquiry into Gauteng taxi violence was adjourned Monday 2 March over concerns for the safety of witnessess. (Photo: Gallo Images / Sowetan / Mduduzi Ndzingi)

Jacob Mamabolo, newly installed Gauteng Roads and Transport MEC, has signed an agreement with Nancefield Dube West Taxi Association and Witwatersrand Taxi Association for the reopening of taxi ranks and routes that were closed by violence in early March. The department plans to conduct an investigation into routes and is confident that the agreement will be implemented.

Gauteng MEC for Roads and Transport Jacob Mamabolo has announced the reopening of the six Soweto taxi ranks as well as the routes that were closed as a result of taxi violence in early March. The ranks and routes will be operating again from Tuesday 18 June 2019.

Mamabolo has been in talks with the Nancefield Dube West Taxi Association (Nanduwe) and the Witwatersrand Taxi Association (Wata). The three parties set out an agreement to chart the way forward for the operation of the ranks and routes.

Earlier this year, a dispute arose amid the ongoing conflict between members of the two taxi associations. The violence posed a threat to commuters who travelled on these routes, as well as the residents of Soweto. In response, the previous Road and Transport MEC, Ismail Vadi, closed the ranks and routes.

In March, Vadi put a notice in the provincial gazette following incidents of violence between the two associations that dated from the beginning of the year, including the murders of Wata treasurer SM Zwane and vice-chairperson MT Ngubane. There were also reports of attacks on taxis in February and March.

The agreement – between the department, Nanduwe, Wata and the Gauteng National Taxi Alliance (GNTA) – was signed in front of the Hector Pieterson Memorial in Soweto on Tuesday, 11 June 2019.

GNTA secretary–general Alpheus Mlalazi welcomed the signing of the agreement, describing the journey to get there as very long but necessary. He also applauded the fact that the agreement was being signed in front of a memorial that served as a reminder of the liberation of South Africa, especially for the people of Soweto and young people.

“What we are witnessing here is bigger than the route we have travelled… You couldn’t have chosen a better venue for this agreement to be signed by our two associations who have been in conflict for a very long time. Behind us is the symbol of liberation for our country and the agreement that is being signed is the symbol of black–owned business, which is the taxi industry,” Mlalazi said.

Mamabolo acknowledged the pain and suffering of the two associations and their members and highlighted the importance of the signing and the location.

“This is a very important day for our province… In the sense that we are unveiling to the people of Soweto and our province the agreement. We chose this place, which is a very important international point of a memorial for the struggles [of] the youth and students in 1976. We are here to remember them and to dedicate this agreement to them and their struggle. In that we must also remember the people who lost their lives in the taxi violence,” Mamabolo said.

He began the negotiations as soon as he was appointed MEC of roads and transport by Gauteng Premier David Makura.

“What you are seeing now is a product of negotiations that have happened since we were sworn in two weeks ago,” Mamabolo said.

In the agreement, the two associations committed to the cessation of all hostilities while the department investigated routes, registration duplications and the issuance of operating licences. The investigation will take three to four months and Mamabolo has committed to making the findings public.

“The two associations will set up a joint operational and monitoring team that will draft operational rules. Our department will design and issue a common sticker to be affixed to all 200 taxis that will be operating from the loading points,” said Mamabolo.

The chairpersons of Wata and Nanduwe welcomed the agreement. However, Mamabolo will meet members of the two associations on Wednesday, 12 June to discuss the agreement and to see if they are satisfied. The MEC, however, said he was confident that the agreement would be implemented.

“Violence will only bring pain. What I want for our province are peace and stability… The two associations have agreed to work peacefully with each other and will divide everything fairly,” Mamabolo said. DM