Pressure grows on Africa to take back its migrants 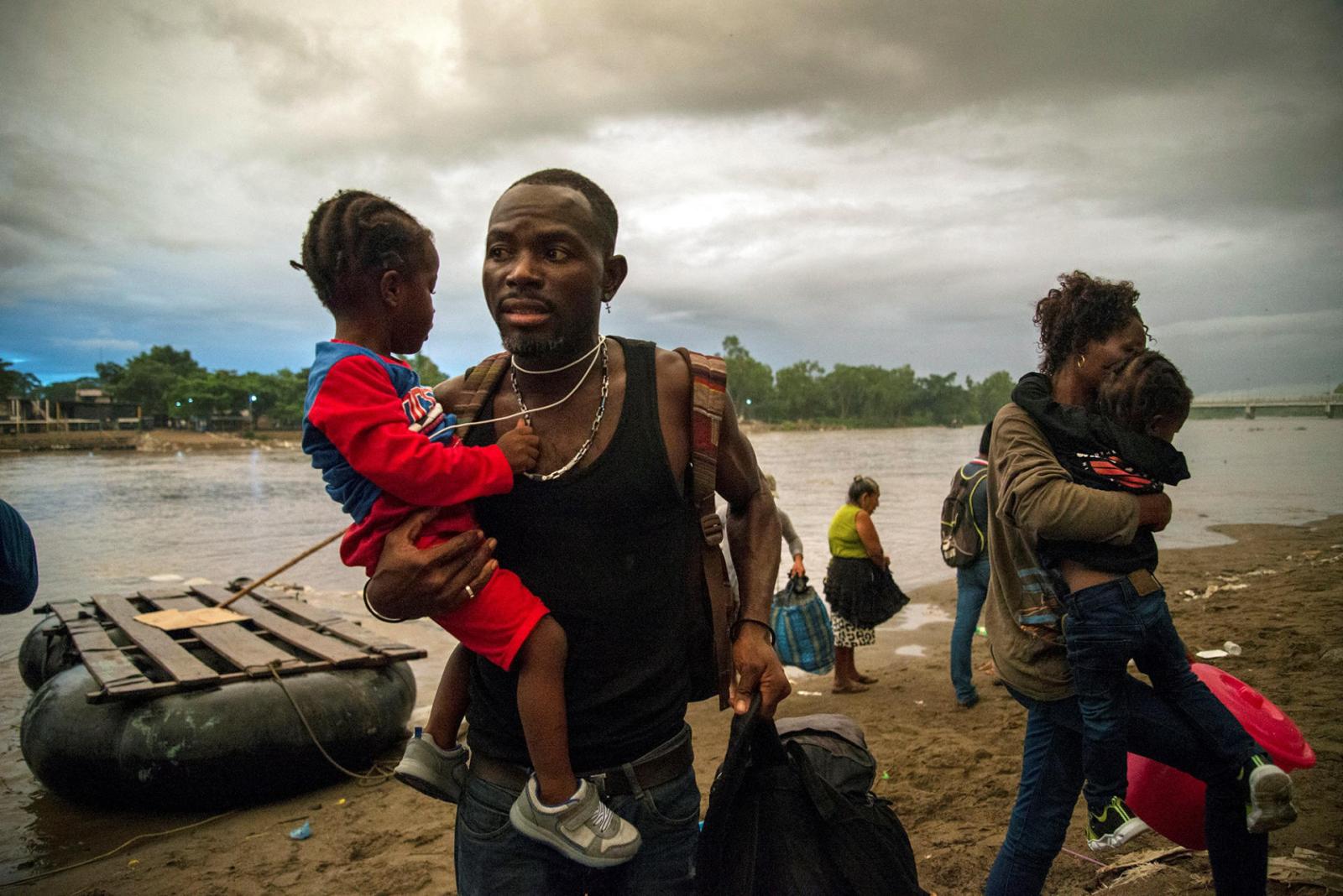 African migrants enter Mexican territory after crossing of the Suchiate River, which marks the border line with Mexico and Guatemala, in the state of Chiapas, Mexico, 02 June 2019 (issued 04 June). EPA-EFE/Luis Villalobos

Migrant numbers to Europe have dropped dramatically since 2015 when the highest number of people recorded – over a million – arrived from outside the continent. In 2018, Europe saw an influx of 140,000 and by 4 June 2019, fewer than 30,000 had arrived for this year.

Yet migration remains a key political issue across the continent. Europe has moved away from a “crisis” response to one focused on sending migrants who do not have legal rights to remain, to their countries of origin or transit. These include those who don’t qualify for asylum or who have overstayed visas. Politicians seeking to retain their anti-immigrant support base are framing returns as security and sovereignty issues.

In recent years, European governments and the EU have tried unsuccessfully at both a bilateral and multilateral level to persuade African countries and the African Union (AU) to cooperate on returns. Removing unauthorised people from one country requires another country to accept them. Both states must cooperate and coordinate. Countries are obliged to receive their nationals back, but it is illegal to return someone to a country that refuses to accept them.

Europe’s success rate in returning migrants to Africa is small. In 2017, 9,235 of 189,545 (5%) returns were to sub-Saharan African countries. These countries have only a 9% return rate compared to 36% overall and are trending downward. The number of return decisions issued to West African migrants increased by 80% in 2018 to about 40 000, but only 5 200 cases were effective.

These low rates can be attributed to poor cooperation from African countries, practical problems in identifying people’s nationalities, and limited administrative capacity in migrants’ countries of origin. Many states refuse to accept forced returns of their nationals or delay issuing travel documents to people without sufficient identification. Nationality can be complicated to prove, particularly if migrants dispute theirs. The AU and most African states say returns must be voluntary and people can’t be forced to go to countries against their will.

At the heart of the debate is the development role of migration, particularly in high-emigration countries, where aspirational migration contributes to substantial human and financial capital. In 2018, remittances to sub-Saharan Africa and the Middle East and North Africa totalled $46-billion and $62-billion respectively. Accepting returns can be perceived as “anti-migration” among constituents who view migration positively or rely heavily on remittances.

Irregular migration is also an outlet for a growing youth population that often faces high levels of unemployment and political frustration. Politicians who are seen to facilitate forced returns could pay the price domestically, even if the trade-off is substantial European development funding. In December 2016, Mali was offered a $160-million deal to cooperate by identifying and expediting Malian returns from Europe. The agreement was withdrawn after an unexpected public uproar. Mali’s leadership had misread the public mood.

Returns are also increasingly packaged into Europe’s “development’ approach where aid and financial investment are offered on condition that countries cooperate regarding migration control. Many of these packages ignore local and regional dynamics.

European states have engaged with questionable groups based on their ability to control migration to Europe. For example, Italy forged agreements with Libyan militia and smugglers to stop boat departures to Italy. The EU has sent “security” funding to leaders in Sudan accused of genocide and crimes against humanity. And Niger – the poorest country in the world – is receiving development funds based on its willingness and ability to stem migration flows.

Europe must be aware that this has ramifications. Beyond compromising human rights and undermining democracy, these practices risk increasing political instability. Political frustration is a key motivating factor for migration. Over-emphasising returns at the risk of empowering questionable authorities, angering populations and exacerbating migration’s root causes is not sound migration management.

Before 2015, Europe’s migration plans for Africa included offering more legal visa pathways for migrants. Increasing lawful channels suppresses unlawful migration when combined with strong enforcement measures. Europe has all but abandoned these proposals in the interests of focusing on returning migrants. European governments have recognised the bargaining power of visa liberalisation schemes. Instead of using these important mechanisms, they are reserving them to force negotiations on returns.

A country’s willingness to accept forced returns doesn’t necessarily result in a high number of migrants going home. For example, the return rates of Ethiopians from Norway fell from 11% in 2012 when the two states reached an informal return agreement, to 9% in 2017. It is also hard to ascertain whether return policies effectively deter migration.

Even when all parties agree to returns, successful reintegration is difficult. Countries receiving returns must have the resources and capacity to reintegrate those who come back. Re-admission and reintegration fail regularly, resulting in hardship, violence and even re-migration.

Effective and humane return policies are a necessary part of comprehensive migration policy. However, the complexities of the process cannot be overlooked in the drive for “quick wins”. Returns must be handled carefully and with consideration of their impact. Most African countries are more influenced by national and regional interests than European incentives or pressure. Collaboration will succeed when these interests converge. DM