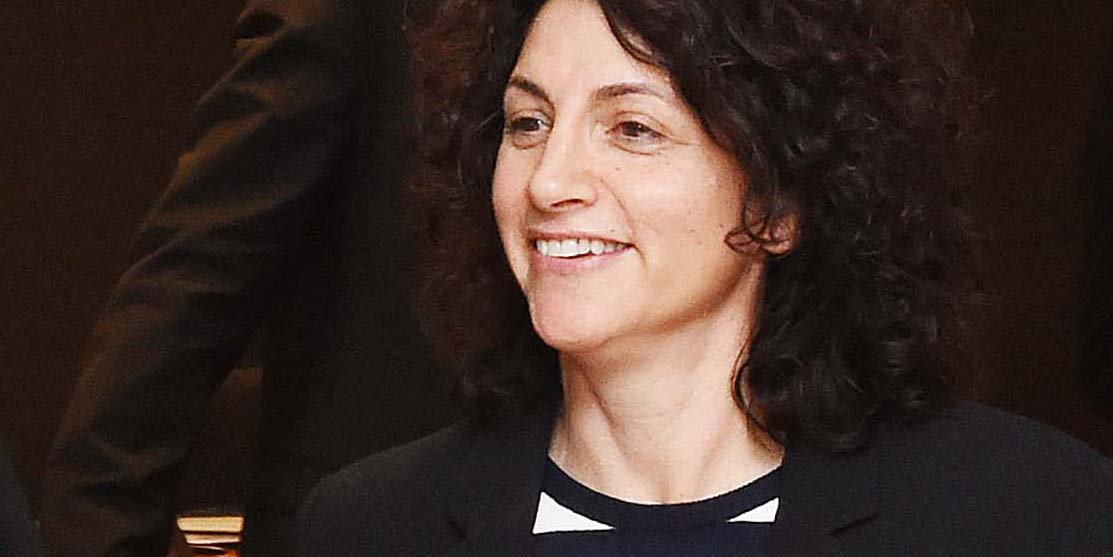 (President Cyril Ramaphosa and BUSA CEO Tanya Cohen). President Cyril Ramaphosa meeting with the National Economic Development and Labour Council (Nedlac) Conveners on Jobs Summit and National Minimum Wage at the Nedlac House in Johannesburg. The purpose of the meeting is to appraise the President on the progress report towards the preparation to host the Jobs Summit and processes underway to implement the National Minimum Wage. South Africa. 26/04/2018. Siyabulela Duda

Its been a monstrously difficult few years for government-business relations, and that has taken its toll on BUSA CEO Tanya Cohen who is stepping down six months early, but she is credited with holding together a myriad organisation and maintaining a constructive relationship with the government.

“I have accomplished what I set out to do: reposition BUSA as South Africa’s apex business organisation and a credible, strategic and critical partner to government and other social partners at Nedlac. So, this was an opportune time to bow out, Cohen said in her official statement. There is no replacement waiting in the wings, although the head of the Banking Council of SA Cas Coovadia is standing in the interim, as he has before, and would be widely considered an excellent replacement if he is available.

In its statement, the BUSA board said: “Tanya is an exceptionally capable leader who, during her tenure, has repositioned BUSA and built strategic relationships with government, organised labour and community. Thanks to her and her team’s tireless commitment, the organisation is in a strong position. She put together a capable and diverse team, of mostly women and young people, that will serve the organisation well into the future.”

Cohen’s departure could open new approaches within the business lobby, which competes with the trade union lobby for being diffuse, somewhat haphazardly split down racial lines, and generally a bit of a mess. The biggest problem for organised business is that it is split between BUSA and the Black Business Council, although moves are afoot to bring the organisations into a closer orbit.

Yet, even within BUSA, the participating organisations are bewildering and include organisations that are defined by function, like the Banking Association and the Minerals Council; or by character like the South African Chamber of Commerce and Industry (SACCI); or even by business size like the Small Business Institute. Add to the confusion, sporadic efforts like the CEO initiative and it becomes clear how tricky Cohen’s job has been keeping this overloaded train on the tracks.

There have been occasions when business constituents see themselves in competition with BUSA for the attention of government ministers, for example. Its been a tendency exacerbated by the government ministers seeing themselves as independent policy fiefdoms of their own, which was a noticeable trend during the administration of President Jacob Zuma.

BUSA’s trump card has always been its voice at Nedlac, which has tended to encourage business organisations within BUSA to band together to show a united front. But even in Nedlac, the business lobby faces something of a grand opposition, not only from the government lobby but also from the union lobby since government’s ally Cosatu is a substantial voice among union representatives. In addition, ANC-aligned partners in civil society dominate that lobby, so it’s hardly surprising that few pro-business measures emanate from Nedlac.

SA’s international “ease of doing business” ratings have declined precipitously, and Busa has been unable to halt that trend, something that has to count against Busa and the BBC. For example, in the World Bank Ease of Doing Business Index, SA was ranked 28th in 2006 but slipped enormously to 82nd in 2018.

Yet Cohen has always been supportive of the current structure, arguing that Busa has made definite progress in forging a business voice and that its myriad structure has in itself not been a hindrance. In her official response, she said, “The common commitment to South Africa’s prosperity, its people and the rule of law has always prevailed.” BM

Cohen is no relation to the writer.