De Villiers debacle shows why cricket needs to catch up... 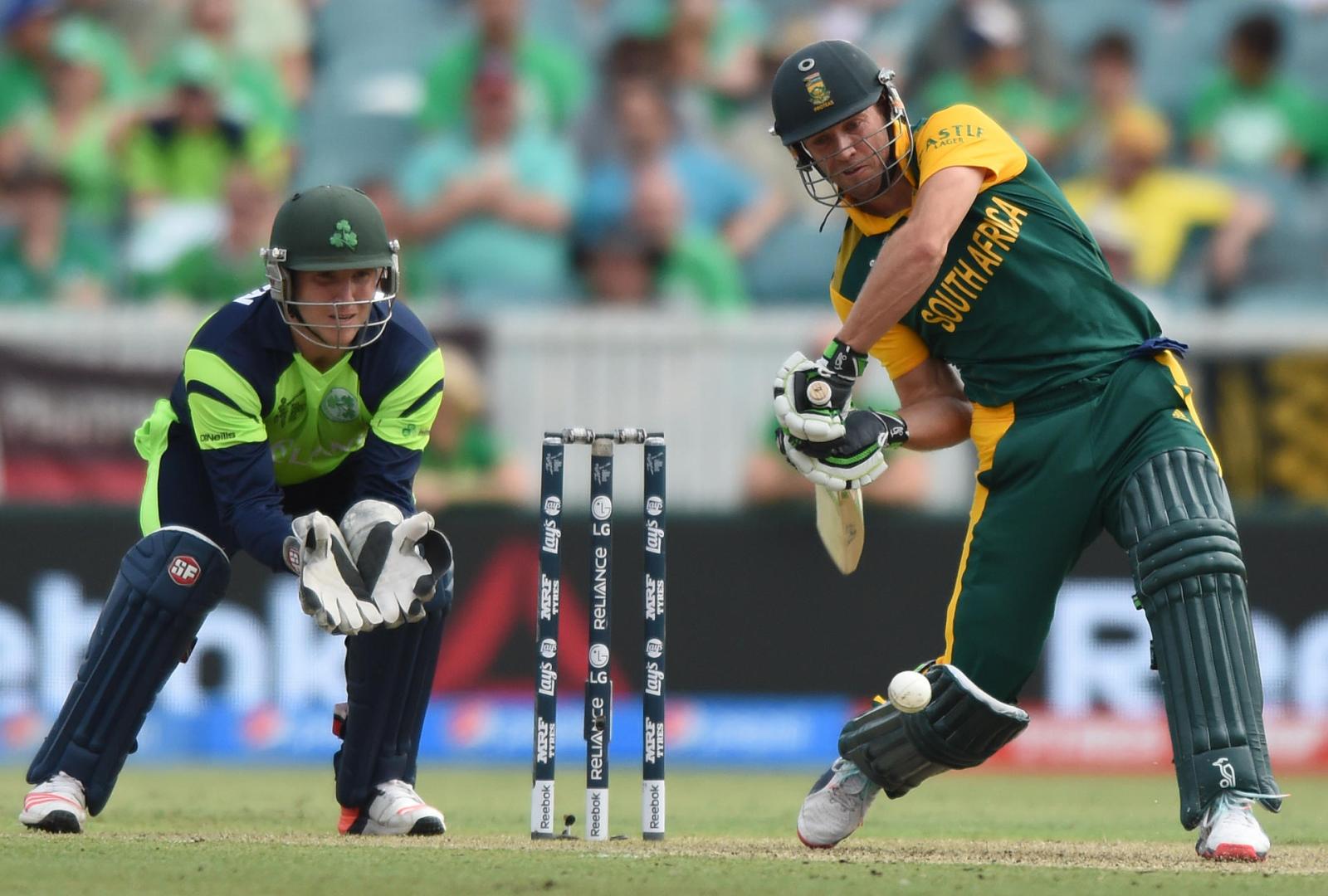 South African cricketer AB De Villiers’ retirement — and the cases for and against his recall — look very different when seen through a soccer-tinted lens. (Photo: EPA/MICK TSIKAS)

AB de Villiers’ conveniently timed offer to return from retirement for the ICC Cricket World Cup has cricket fans kicking up a stink. If they’d watched more soccer they would understand why he should have been recalled — and why his case will be the first of many.

The Proteas aren’t out of the 2019 ICC Cricket World Cup yet, but undying optimism and mathematical possibilities aren’t going to prevent the inevitable picking-apart of What Went Wrong and How It Has Come To This. Sitting at the centre of the debate will be AB de Villiers, a man who has not — and, it’s been made clear, will not — picked up a bat in anger at the tournament.

To recap: In May 2018, De Villiers announced his retirement from the South African national team, saying that he was “running out of gas”. A year later, barely 24 hours before the national selectors announced their final 15-man World Cup squad, De Villiers offered to return to the fold. The offer was dismissed out of hand.

Three defeats and one injury crisis later, the natural reaction is to wonder how different things might have been if De Villiers — he of the 53.50 ODI career average, the world-record 31-ball century and the “Mr 360” range of batting strokes — had been included in the Proteas’ World Cup squad.

So… should he have been? You could argue the issue from any number of angles — and every cricket fan with a microphone, a keyboard or a Twitter account is doing exactly that.

No, De Villiers hasn’t played for the Proteas for the past year. Yes, he is in terrific form, having blasted 422 runs (average 44.20) in the recent IPL. No, it wouldn’t have been fair on the players who’ve stepped up in his absence. Yes, you need your best players at the World Cup.

Step back from the immediate drama, though, and De Villiers’ retirement — and the cases for and against his recall — look very different when seen through a soccer-tinted lens.

Yes, soccer. For decades — at least since the early-90s establishment of the English Premier League and the Uefa Champions League — European soccer has been awash in silly money. Amid massive sponsorship deals, huge player contracts and enormous tournament prizes, soccer clubs and players have seized unprecedented power, to the extent that club commitments and personal interests are prioritised over the national flag.

This may sound obscene to cricket fans, but it’s just the way things go in modern soccer. Players routinely announce early retirement from their national teams to concentrate on their club careers, only to make themselves available just in time for the latest Fifa World Cup or Uefa European Championship. Players will regularly cite mysterious injuries as they withdraw from national team duty for a Wednesday dead-rubber World Cup qualifier in Moldova, only to miraculously/conveniently recover in time for Saturday’s top-of-the-table domestic league match.

In the post-IPL era, cricket will see this now too. With lucrative domestic T20 tournaments offering huge financial rewards (without the unforgiving scrutiny that comes with national team duties), a similar shift in power is bound to happen. Cricket players like AB de Villiers will, and should, consider whether it’s really in their interests to play for their national teams.

“For the last three years of my career, I was labelled as a guy who is picking and choosing when I was playing and when not. So I got quite a lot of criticism from back home, which also played a role in me retiring. And it was difficult for me to then go, ‘Hey, but I’ll still play the World Cup’. It’s that picking and choosing thing again, and it’s quite arrogant to do something like that. But as they say, you can’t have your bread buttered on both sides.”

Imagine if you had a choice between “earning your place in the World Cup squad” via forgettable international series against Sri Lanka and Zimbabwe or enjoying lucrative late-career paydays with Royal Challengers Bangalore in the IPL, Lahore Qalanders in the Pakistan Super League, Rangpur Riders in the Bangladesh Premier League, Tshwane Spartans in the Mzansi Super League and Middlesex in the Twenty20 Blast.

That, in the simplest terms, is the choice AB de Villiers faced 12 months ago. It’s a choice more and more cricketers face in today’s market.

Fans and sponsors are already starting to turn their interest away from international cricket and towards domestic tournaments. De Villiers’s early retirement suggests that the players are now starting to join that exodus.

If national teams are to maintain their relevance in the years to come, national selectors will have to accept this and will have to offer more flexibility for their biggest stars. DM

Mark van Dijk is a freelance journalist and former features writer for Sports Illustrated and The Wisden Cricketer magazines.