Banyana Banyana down, but not out after Spain defeat

Banyana Banyana down, but not out after Spain defeat 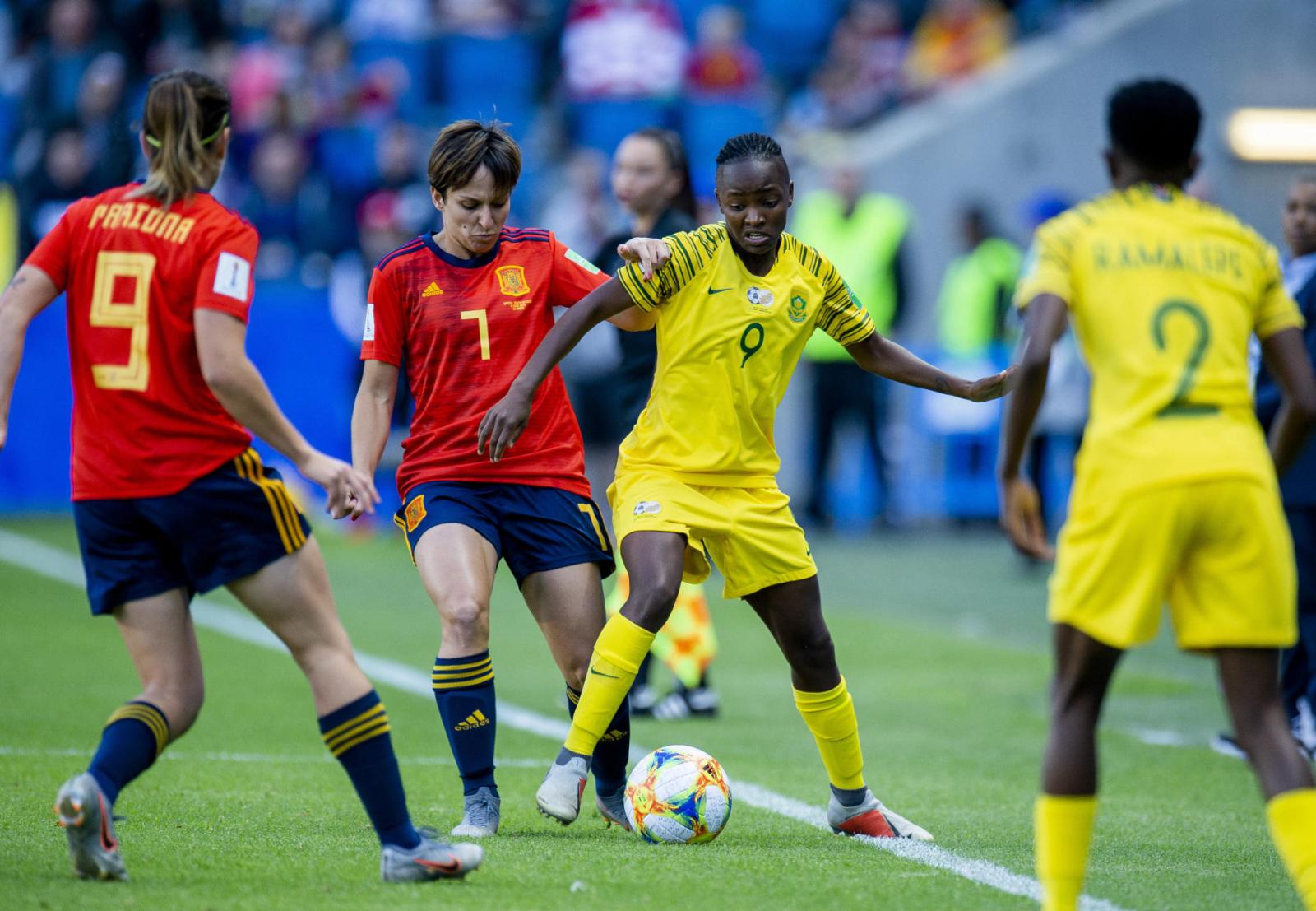 Banyana Banyana had some dubious decisions go against them in their opening match against Spain, but are fired up for their next clash, against China.

South Africa’s senior national women’s football team, Banyana Banyana, got their World Cup campaign off to a magnificent start – the first 60 minutes of it, anyway.

Then a combination of bad luck and a dubious Video Assistant Referee (VAR) decision saw Banyana pay the penalty (twice) as the pressure mounted by their opponents saw Spain reap the rewards.

Banyana came into the game with no one giving them a chance as they hadn’t won a single game out of 10 leading up to the tournament, drawing four and losing six; while Spain had gone through the World Cup qualifiers undefeated.

However, the form book went out the window as star striker and reigning African Player of Year Thembi Kgatlana scored a sublime goal to give South Africa a 1-0 lead 25 minutes into the game.

From then on, the South Africans resembled a giant, yellow sponge as they absorbed the Spanish pressure. In the second half, Spain came out firing, getting closer and closer to the South African trenches. The pressure finally told and South Africa’s resilience was broken when captain Janine van Wyk handled in the box, and the referee pointed to the spot.

It was all Spain from then on as Banyana defended desperately to try and escape with at least a point for their troubles.

Enter VAR, which is supposed to provide answers, but usually leaves people with even more questions.

Nothando Vilakazi unwittingly followed through on substitute Lucia Garcia as she cleared the ball, and after a VAR review, the referee gave Vilakazi a second yellow card and pointed to the spot once more.

“Before the two decisions made by the VAR and the referee we were doing just fine, we were containing them. But then I think that put them into an advantage,” said scorer Kgatlana.

From then on, a goal and a player down, the South Africans seemed dejected as La Roja added gloss to the scoreboard with a third goal.

At the post-match press conference, coach Desiree Ellis said: “I don’t think in all essence it’s a fair result. I felt we could’ve got more, and maybe we should’ve got more, but I’m very proud of the team. We really put our bodies out there, and gave a really good performance for our first time at the World Cup.”

Indeed, the team did give their all, and if they can show that kind of resilience against their next opponents, China, it should be enough to see them get the full three points.

However, they will need to be sharp, and a lot more disciplined. China frustrated favourites Germany, before cracking and going on to lose 1-0. Despite this loss, they could have been 3-0 up at half-time, if only they had been more clinical.

Banyana will need to be on their toes as China look to rectify the profligacy they showed against Germany. The South Africans will also be hoping for an open game where they can register more than the five shots they managed against Spain.

“We’re looking forward to the next game, and it’s going to help us going forward. There are certain things that happened today that we need to fix and go forward with a positive mindset,” goalkeeper Andile Dlamini said after the match.

Despite the faltering start, supporters still believe Banyana can enjoy some success in the group, and in the aftermath of the loss, social media was abuzz with messages of support and pride directed at the team.

Banyana Banyana’s next match is on Thursday 13 June 2019, when they face China. DM