Sfiso Buthelezi to be sworn in as an MP on Monday 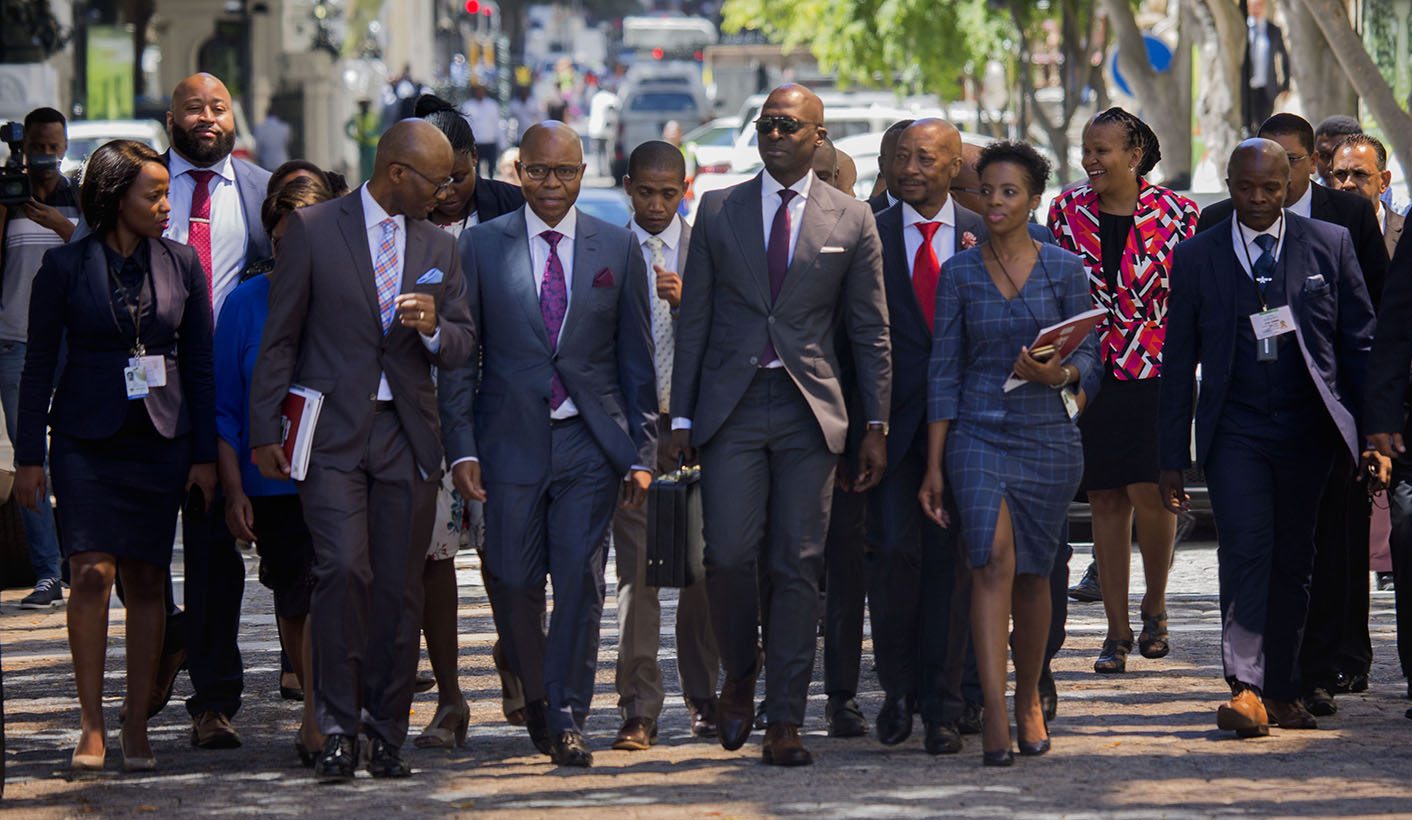 Seven ANC comrades will officially become MPs in the sixth Parliament on Monday, following resignations of former Cabinet Ministers and the opening of two seats by the governing party. One of the MPs that will be sworn in next week is Sfiso Buthelezi, one-time board chair of Prasa and former deputy minister of Finance under the Jacob Zuma presidency.

There will be seven new MPs gracing the halls of Parliament from next week since space opened up for members to fulfil vacancies left by resignations and seats opening up within the ANC caucus.

Buthelezi was on the board of the Passenger Rail Agency of South Africa (Prasa) for four years, then became board chair for six years, ending in 2014.

In a Cabinet Reshuffle in March 2017 by former president Jacob Zuma, he was appointed deputy finance minister. In that reshuffle, Zuma replaced finance minister Pravin Gordhan with Malusi Gigaba and deputy minister Mcebisi Jonas with Buthelezi.

In 2018, he was shifted to the Department of Agriculture, Forestry and Fisheries as its deputy minister.

In May 2019, Public Protector Busisiwe Mkhwebane released the second volume of the Chapter 9 institution’s investigation into maladministration into financial mismanagement as well as procurement and appointment irregularities at Prasa.

Mkhwebane’s report had mentioned Buthelezi after allegations that he had failed to disclose that he was the COO of Makana Investments, which was a subsidiary of another company – Cadiz — which had provided advisory services to Prasa for its Rolling Stock Programme. The allegation was dismissed by the Public Protector, who stated that the allegation “is not substantiated by the evidence received”.

Buthelezi was an economic adviser to president Zuma during his tenure as MEC for Economic Affairs and Tourism in the KwaZulu-Natal provincial cabinet, according to a previous report by Daily Maverick,

Of the seven vacant MP seats, one became available following the election of Cyril Ramaphosa as the country’s President — he could no longer be an MP under parliamentary laws.

Former Northern Cape premier Sylvia Lucas’ seat became available after she was elected as deputy chairperson of the National Council of Provinces (NCOP).

Former ministers Dipuo Letsatsi-Duba (State Security), Susan Shabangu (Social Development) and Nomaindia Mfeteko (Human Settlements) had resigned from Parliament after they were snubbed from the sixth Cabinet in May. MP Makhosini Nkosi also did not take up his seat.

The ANC Parliamentary caucus reported on Friday afternoon that former sports and recreation minister Tokozile Xasa had resigned from Parliament as an MP. DM