How will farmers and those wanting land reform fit in one ministry? 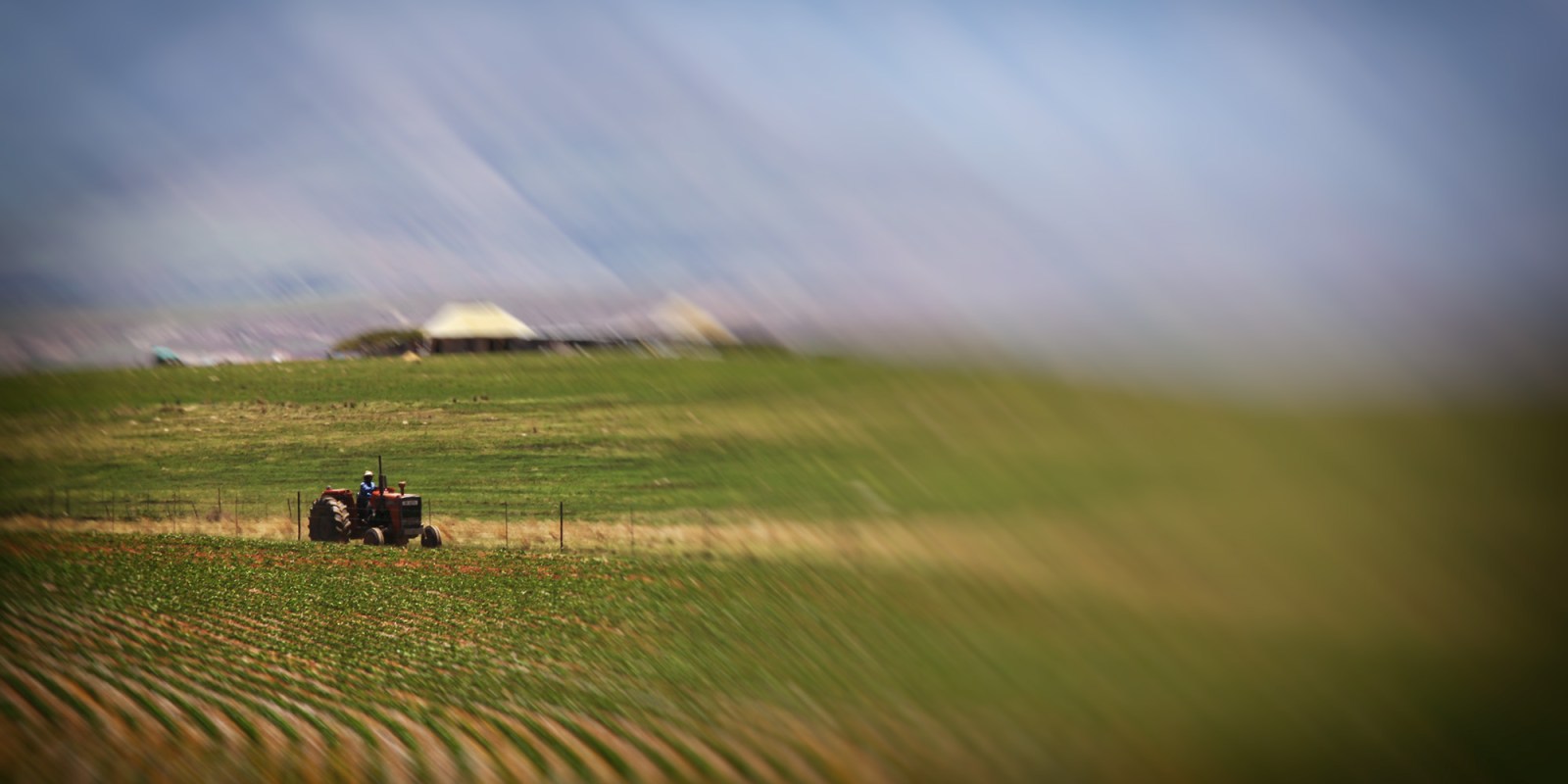 Land reform is uncharted territory that presents the sixth Parliament with possibly its greatest challenge; to it has fallen the serious unfinished business of the last parliament, namely the implementation of land expropriation without compensation. But in Thoko Didiza, the country at least has a steady hand at the helm.

This article first appeared in Notes from the House

This is the story of one pig farm, located on the Cape West Coast, which was allocated jointly to two recipients, a Mr Cloete and a Mr Sibeko. We know nothing more about them, other than that they soon fell out, at which point the then Department of Rural Development and Land Reform (DRDLR) procured a different plot, which was duly allocated to Mr Cloete.

Enter a Ms Ngxumeshe with an alleged claim to that land, and apparently with a lease to support it. However, this lease is disputed by the original owner. A land invasion followed, which may or may not have been related to the disputed lease. There was a punch-up involving the newly installed Cloete and his helper, who described it as an attack. The police were brought in. Repeatedly.

The last heard was that a private security company had been appointed by the DRDLR and deployed to the farm to safeguard state property, while the Department of Agriculture assigned engineers to restore an irrigation disruption that was threatening to wipe out a guava plantation on the disputed land.

At that point, the previous parliament rose and its relevant committees disbanded. At the very last meeting of the Rural Development and Land Reform Portfolio Committee, there was debate about the land invaders, with the then committee chairperson, Phumuzile Ngwenya-Mabila, asking why they had not simply been evicted, and Adv Vela Mngwengwe, acting deputy director of the DRDLR, replying that you cannot just evict people because they are illegally occupying a farm.

The only consensus reached at this final meeting of the committee was that the DRDLR had created more problems than it had solved. In fact, the chairperson went on to say that the department’s decision to relocate Mr Cloete left the way open for individuals to occupy farms, thereby breaking the law without any consequences.

She asked if the previous farm owner had disputed the lease agreement, why did the DRDLR not simply evict the people who had illegally occupied the farm? It is likely that this dispute continues.

This case is probably one of very many that are to be inherited by newly appointed Minister Thoko Didiza of the newly constituted Agriculture, Land Reform and Rural Development Department. The sixth Parliament has not yet sat, the relevant committee chairpersons have not yet been appointed, and already this committee faces a problem that brings together many of the challenges that lie ahead for this new ministry.

Fortunately, Didiza is an old hand, respected by most stakeholders and described as professional and calm, which is exactly what she is going to have to be.

Adding the government responsibilities of agriculture to the vexing challenges of land reform can only be taken on by a very few people, and Didiza was a masterful choice by President Cyril Ramaphosa. She was, after all, chairperson of the ad hoc committee set up in March to review the wording of Section 25 of the Constitution to allow for land restitution without compensation. This was a task that the previous parliament resolved it would not be able to conclude before the term ended, and the sixth Parliament was tasked with resolving the matter.

In a situation such as this one – and it is a true story – social services will likely have to be deployed, as will those in charge of water affairs. Did Ramaphosa have exactly this in mind when he established the combined department of Human Settlements, Water and Sanitation, which was placed under Lindiwe Sisulu?

But of all the tricky issues Didiza faces, it is that land reform is uncharted territory that presents the sixth Parliament with possibly its greatest challenge; to it has fallen the serious unfinished business of the last parliament, namely the implementation of land expropriation without compensation.

Despite such challenges, Didiza is one of the new ministers appointed to Ramaphosa’s Cabinet who has won virtually unanimous support across the political spectrum, including the white farming sector represented by Agri SA. On learning of her appointment, its president, Dan Kriek, was reported as attributing to her the qualities of wisdom, experience and “stature”, which he said South Africa needed at this time. Kriek reportedly said he was “cautiously optimistic”.

Didiza was also welcomed at the other end of the spectrum by the activist NGO, the Institute for Poverty, Land and Agrarian Studies (Plaas), based at the University of the Western Cape, which has been closely engaged in the land expropriation process. Plaas indicated that this appointment showed just how seriously the Ramaphosa administration was taking land reform and the development of the agricultural sector.

Nevertheless, some concern has been raised about the wisdom of combining agriculture and land reform into one ministry. Land reform concerns political and social issues that extend well beyond simply redistribution of land, and faces obstacles in the form of incomplete legislation that is still grappling with land ownership in former Bantustans. Particularly troublesome is the Traditional Courts Bill, which is very likely to be revived by the sixth Parliament as it goes to the heart of traditional leadership and the extent of its control over a large portion of South Africa’s rural territory.

Agriculture, on the other hand, is itself a broad area requiring expertise ranging from marketing to disease control. It currently faces specific challenges with the ongoing drought in many parts of the country that has crippled the sector. Agriculture, along with mining and manufacturing, is especially in need of urgent attention in the light of the latest shock drop in GDP figures.

Land reform is further complicated by the conflicting needs of Minister Barbara Creecy’s enormous environmental and climate change challenges, as head of Environment, Forestry and Fisheries, as well as those of mining, including fracking, and the issue of who decides how the land is to be put to use. In addition, the new department which is responsible for rural development faces all the difficulties of providing for mining communities, especially in the rural areas, who have been promised much and provided very little.

Didiza has academic knowledge of her field, having studied and taught at Unisa on the subjects of agriculture and land, which will prove to be handy. DM

Moira Levy is a former staff member of Parliament’s communications service. She is now founding publisher/editor of Notes from the House.