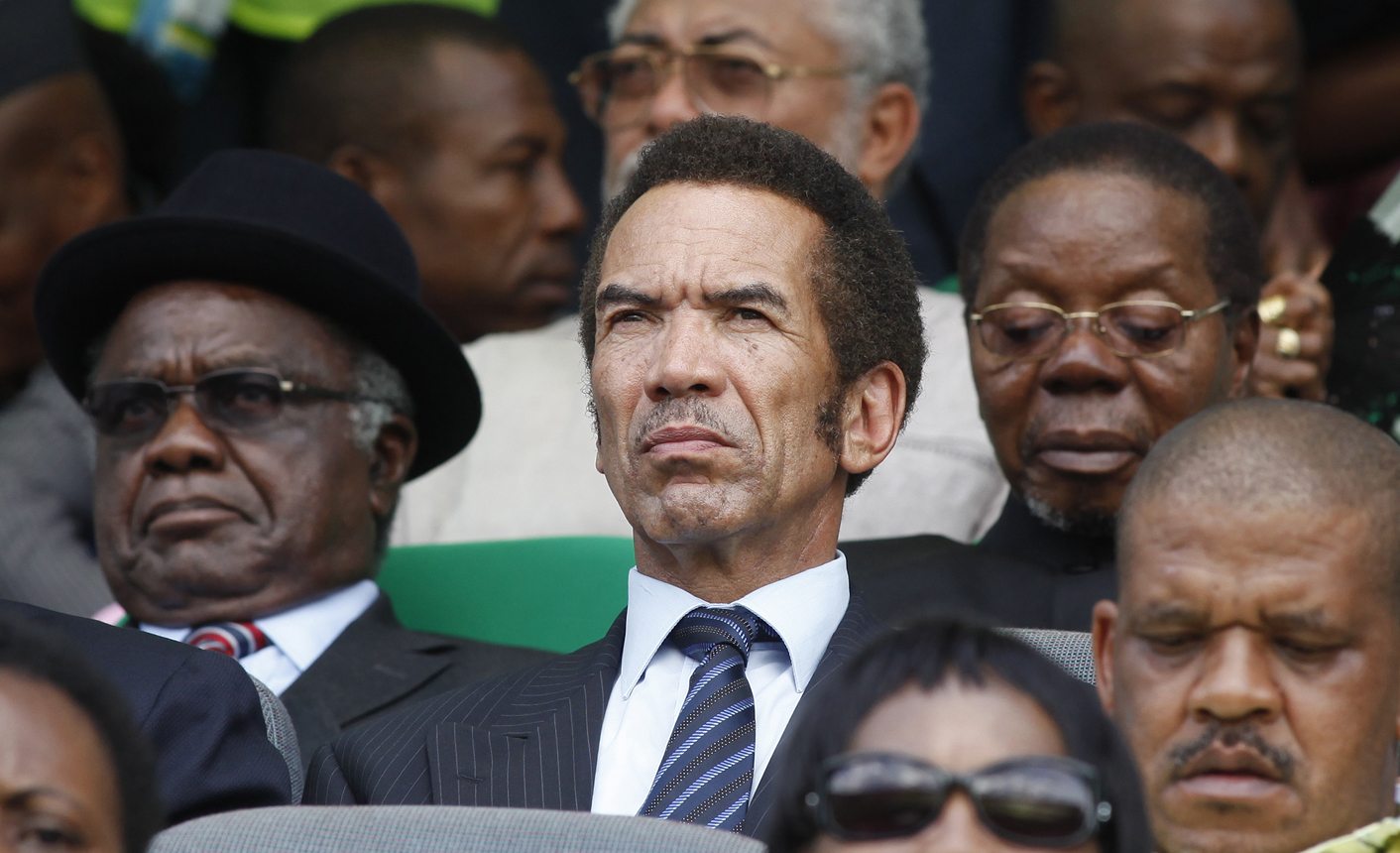 It’s no secret that former Botswana president Ian Khama wants to see his successor, President Mokgweetsi Masisi, toppled. Then at the end of May 2019, after weeks of speculation, Khama quit the Botswana Democratic Party (BDP), founded by his father in 1961, just as the formation of a new party, the Botswana Patriotic Front, was confirmed.

Khama backed former foreign minister Pelonomi Venson-Moitoi to challenge Masisi before the Botswana Democratic Party’s elective conference earlier this year, but she was prevented from running.

He told the Sunday Standard he would use all his resources to ensure that the BDP lose the elections in October 2019, because Masisi, his handpicked successor, was providing “poor leadership”.

Last week Khama embarked on a charm offensive in South Africa during which he granted interviews to some major news outlets (Botswana journalists say they were rarely afforded a similar opportunity). City Press, for instance, reported that Khama has not ruled out the possibility of returning to government, although it’s not clear as what. Khama has always prided himself in following the country’s constitution and stepped down when his 10-year-term ended.

Khama has indeed been a frequent visitor to South Africa recently. One of his visits also included a meeting with former president Kgalema Motlanthe. Both have one thing in common — they believe that the parties they have belonged to all their lives have lost their way. But this isn’t what they spoke about when they met a few weeks ago, according to Motlanthe.

“That is their issue in Botswana,” he told Daily Maverick in response to questions. “We don’t speak about those things. We didn’t discuss it.”

Instead, they spoke about Aids. Despite a report in the Sunday Standard linking Motlanthe to a bid to oust Masisi, Motlanthe said Khama’s visit was about the Champions for an Aids-free Generation in Africa, an organisation headed by another former Botswana president Festus Mogae, and which has a number of prominent Africans and former heads of state as champions, including Motlanthe.

Khama is not (yet) on the list of champions, but it looks like he is interested in joining, despite the fact that he was criticised back home for not keeping up the Aids programmes of his predecessor Mogae.

Khama is also said to have other backers in South Africa, such as businesswoman Brigette Radebe, who is a close friend and who was recently put on a list of South Africans who have to apply for visas before visiting Botswana. She has threatened to sue the Sunday Standard for stories saying she has donated millions of rand to back Khama, but to date, she hasn’t done so.

Her brother, businessman Patrice Motsepe, in contrast, filed papers this week, according to a report in Mmegi on Tuesday, slapping the Sunday Standard with a five-million Pula (R6.83-million) lawsuit for its story on the matter on April 1 2019.

Motsepe’s lawyers say in their court papers that the following statement was defamatory:

“By Friday, a team of Botswana Police Service officers were investigating a number of security companies which are allegedly being used to smuggle campaign money into the country. This followed unconfirmed reports that South African mining tycoon Patrice Motsepe, who is also brother to Brigette, had donated R22-million to Venson-Moitoi’s campaign, which had already been smuggled into Botswana.”

In a later story, the paper reported that Motsepe was found not to have been involved in backing Venson-Moitoi’s campaign.

Former International Relations Minister Lindiwe Sisulu had to travel to Botswana to patch up relations with Masisi after revelations that Radebe backed Venson-Moitoi’s campaign. Relations with South Africa appear to be civil, as Masisi travelled to attend President Cyril Ramaphosa’s inauguration in Pretoria in May 2019. Newly appointed International Relations Minister Naledi Pandor has close ties to Botswana as she went to school there in exile, and also studied at the University of Botswana. DM