A heroic, if somewhat sceptical, defence of free trade

A heroic, if somewhat sceptical, defence of free trade 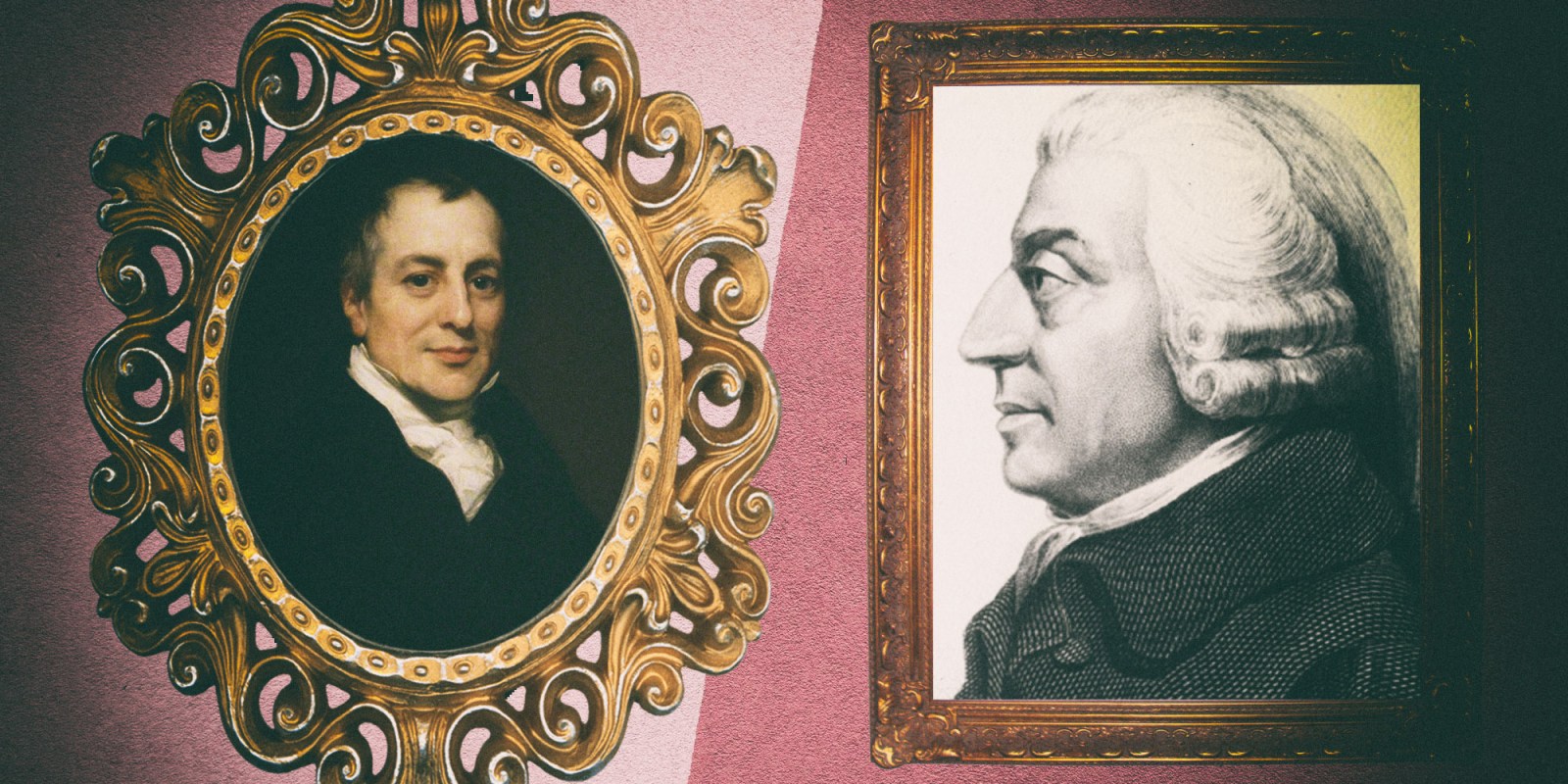 If there is one event that has really marked the current era it’s that terrible phrase ‘trade war’. Yet US President Donald Trump is putting ideology and politics before history and logic pursuing this chimaera, something oddly akin to what leaders in communist countries used to do. He should re-read his Ricardo. He has read Ricardo, right?

At the centre of these endless news items about “trade wars” is that itty-bitty, struggling, once-great nation the USA, with its appalling, record-low, 4% unemployment rate. Oh, how it suffers from the noxious influx of – spit – Chinese telecoms equipment. How terribly, terribly undignified it is to be forced to accept cheap Mexican strawberries. This must end. Now.

And fortunately, the US has just the man: a property developer, Donald J Trump, because it is well known that property developers are experts in trade. He will end this parlous situation, you will see, because he knows how to negotiate a great deal from the book he didn’t write: The Art of the Deal. And then, praise be, that struggling global underdog the USA will fight back and become a great strawberry producer again. Amen.

Oh dear. What does one say? Interestingly, in the US, the people in the Republican Party who once argued for free trade are largely mute. The international organisations that once forced free trade rules on African countries now cower, proferring coy little critiques in rarefied forums, gently warning that this is not going to work out.

Yet, it is with great delight I notice that the creation of the African free trade zone has officially begun because a sufficient number of African states have signed up in principle. While Trump huffs and puffs, signing endless orders and declarations, it is Africa that is showing foresight and maturity. What a grand spectacle.

In the hurly-burly of news headlines and state visits, it’s worth going back to basics to ask a trenchant question: Why do nations trade? And beyond that, who wins from international trade? Do ordinary people benefit at all? Should developing nations trade their way to prosperity, or protect their infant industries from the harsh winds of international competition, and develop that way?

The entire field of economics has been a battleground for so long now, almost from the moment is progenitor Adam Smith began to establish the field. Smith was actually an ethicist who, at the dawn of the industrial era, asked himself a terrifying question: Is commerce a good idea from an ethical point of view? Smith changed global history by concluding the answer was “yes” (sort of) because he saw value in commercial transactions even between people who had never met, or didn’t even know the other existed. In his view, by caring about their own well-being while at the same time being focused on the needs of others, commercially created invisible bonds which conformed, generally, to human ethics. Boom. Capitalism born. And it was good. Well, goodish. Sort of.

Was he right? Well, everyone has a view on that. But what is indisputable is that nation after nation succumbed to the blandishments, to a lesser or greater extent, of the market economy guided by Smith’s “invisible hand”. In 1989, two-thirds of the population of the world lived in countries that constitutionally rejected free markets. In 1990, they changed their minds. Now, except for a few tiny hold-outs like North Korea and Cuba, we are all Smith’s children.

Smith’s insight led to subsidiary issues. In the 19th century, David Ricardo ask a corollary question: Is trade good? And he also used a seductive example that every undergraduate student knows. If two hypothetical countries, call them England and Portugal, both produce wine and cloth, and say Portugal is more efficient than England at both, why should they trade? Surely England should just buy both wine and cloth from Portugal? Ricardo suggests not, because logically it would be to Portugal’s advantage to produce only the product it produces most efficiently, and to buy the product it produces less efficiently even if it produces that second product more efficiently. They might not have an absolute advantage, but they both a comparative advantage.

Don’t believe me? Do the maths. It’s simple…

See? QED. In many but not all circumstances, they should trade, and they will both be better off.

Well, there are few theories that have been more scrutinised, re-formulated, re-hashed, pushed around and criticised that this. It’s theoretical, it’s static, it’s full of assumptions, etc etc. Yet, what Ricardo did was to provided intellectual momentum towards the scrapping of the UK’s protectionist effort at the time, the corn laws that provided the UK’s landed gentry with an effective subsidy. The experiment worked. The laws were scrapped. The sky did not fall in. The rest is history.

Except that it isn’t – clearly. It’s worth noting the great underpinnings of Smith and Ricardo’s work. They both operated within the realm of individual benefit, or what we would now call an incentive system. They were both rationalists. Both ethicists. They were seeking that great utilitarian ideal, the greatest good for the greatest number.

Yet, look around and you will notice if you look carefully that people are fantastically irrational. Governments are strange. People are odd. And then there is history.

The grand ideas of the reformist Enlightenment figures have been battered by recessions, wars, greed and markets that are just obviously irrational. If Ricardo was right, and trade provides nations with an incentive for peace because they depend on each other, then how do you explain the two world wars in quick succession?

In some ways, South Africa’s own post-democratic history provides a good example. South Africa and China effectively cut a Ricardian deal; they got our raw materials, we bought their manufactured goods. For years, this deal worked out well, the trade was balanced and each side did what they do best.

But more recently, the gap has been widening precariously. In 2017, South African exports to China were $8.7-billion and its imports were $15-billion, almost double. The textile factories in Cape Town’s Observatory and Salt River now stand empty, and the nimble fingers of people who made our clothes there are bereft. South Africa’s trade balance is now mostly negative.

Well, at least we are not the US. In 2017, US imports from China were $526-billion, and exports to China were $130-billion, a ratio of four-to-one compared to South Africa’s 1.7-to-one. But China is not the US’s biggest, single trading partner, as it is for South Africa.

But what is instructive about the US – and this is something the American press just glides past – is that Trump’s trade wars haven’t made things better. They are worse. The US trade deficit is now marginally worse than it was when Trump was elected, even as the numbers with China improve. But what is remarkable is how wildly volatile the figures are becoming.

The reason is that producers are not sitting still, and they never will. And Ricardo could have told you why: Trade barriers reduce efficiency by re-introducing comparative disadvantage.

Whatever you think of the trade debate, the most important thing to remember is this: We have to deal with the world as it is, not the world as we wish it were. Eventually, Trump, or his successor, will realise that – hopefully. DM